YANGON — Myanmar has been ranked first in the annual World Giving Index compiled by the British-based Charities Aid Foundation.

Myanmar, which shared top spot on the index last year with the United States, achieved a record highest score of 65 percent based on three categories of giving, the CAF said in a report released last month.

“Myanmar once again records the highest incidence of donating money (92 percent) and also leads the world in volunteering time (50 percent), the first country to come top in two of three ways of giving since Liberia in 2010,” CAF said.

The other giving category is helping a stranger, in which Myanmar’s participation rate was listed at 55 percent.

The CAF report said most Myanmar are devout Theravada Buddhists who regularly give their money and time to monks and nuns and for the upkeep of temples.

“Such charitable giving is integral to religious observance among Theravada Buddhists and whilst, in many cases, the amounts given will be very small, they still have significant religious meaning and so individuals give regularly, sometimes on a daily basis,” it said.

The CAF said Myanmar would likely receive much attention because of its top ranking on the index, “not least because as a country classified by the World Bank as Lower Middle Income, it confounds assumptions about the association between wealth and generosity”.

Such an achievement would inevitably “be contrasted with recent reports about the suffering, and contested rights of the Rohingya people,” it said.

“It is important to remember that the World Giving Index measures only the charitable activities of the general population within a country, and does not take wider issues affecting society into account.

“As such, we make no attempt to rationalise negative or mitigating factors in the World Giving Index ranking.” 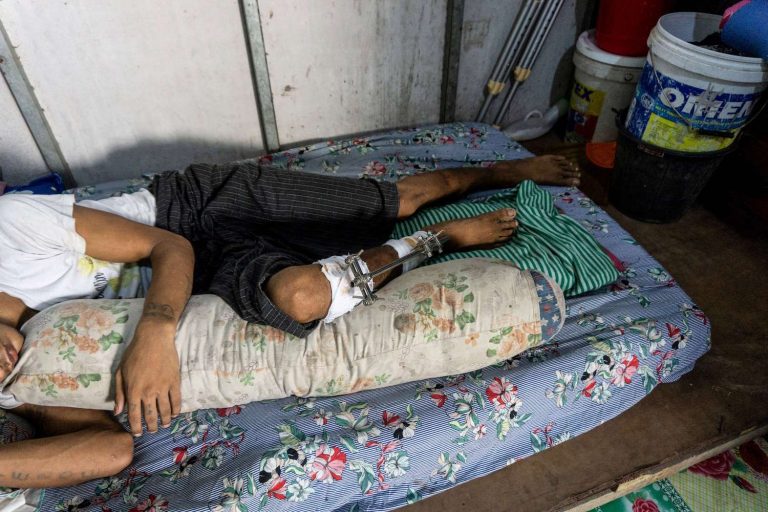 Protesters shot during anti-coup protests are avoiding treatment for their wounds, fearing arrest if they visit junta-run hospitals and searching desperately for sympathetic doctors to operate on them in secret.
BY AFP