Secrecy, suspicion, and security guards: a visit to USDP headquarters

Security is tight for journalists visiting the Union Solidarity and Development Party headquarters in Nay Pyi Taw, and loquacious staff members can expect a scolding.

The three-building central office of the Union Solidarity and Development Party in Dekkinathiri Township fits the bill perfectly; it’s so big you need a motorbike to drive around it. But a photographer and I were determined to interview the party’s spokesperson, Dr Nandar Hla Myint, about its policies and campaign strategy for November’s general election when we arrived there on the morning of July 24.

Dressed smartly, we stood in the sun at the compound’s entrance, waiting for 10 minutes until the security guards allowed us to proceed. Take a staff member’s motorbike, they said, so we hopped on one and followed their directions to Nandar Hla Myint’s office near the rear entrance of the compound.

I was surprised to learn that cars and motorbikes from outside are not allowed to enter the compound, unlike the compounds of government buildings in the capital. They have never been allowed because most USDP leaders and members have military backgrounds and are very security conscious, said a guard who had worked at the complex since 2012.

He wasn’t joking. Another security check awaited us when we arrived at Nandar Hla Myint’s office building. We showed our visitors’ passes and explained the reason for our visit. Then the security guards conferred with their counterparts at the compound entrance as well as with Nandar Hla Myint’s assistant in a checking and cross-checking dance that took about 10 minutes.

Once inside the building, the challenge was to find the spokesperson’s office among the many rooms. We asked for directions and were given three different locations. A helpful member of staff told us that senior USDP officials were always changing offices for security reasons, but colleagues quickly hushed her up. They warned her that we were journalists and told her not to discuss operational matters in our presence. One of the staff members politely asked us to reserve all of our questions for the spokesperson, and took us directly to his office.

When we finally arrived, Nandar Hla Myint was on the phone at a desk busy with documents. While waiting to begin the interview I counted 10 people working in the office. Nandar Hla Myint said they were members of his research team, which monitors social media for negative comments and hate speech about the USDP. It also produces at least five reports a day about the activities of the USDP and other parties as reported in print and social media.

While some parties would consider a standout charismatic leader to be an advantage, Nandar Hla Myint had a different spin on it. The strength of the USDP, he said proudly, was its institutional framework rather than a leader. “Our party would stand even if its leaders were changed because our institution can create new future leaders; we have never depended on one [leader],” he said.

Nandar Hla Myint said journalists were usually not permitted to enter rooms at the headquarters and were required to conduct interviews in a reception room. We were not allowed to talk to members of the research team because their reports are confidential, but Nandar Hla Myint granted our request to take their photo.

The USDP is sometimes cast as the villain of Myanmar politics because of its association with the military. But Nandar Hla Myint said the party is trying to transform this perception and no longer be the scapegoat for the country’s problems after its time in office from 2011 to 2016.

He urged journalists to write about all parties and not focus on the ruling National League for Democracy, and denied allegations that the USDP had paid for favourable coverage. The USDP’s only contact with journalists was at interviews and news conferences, he said.

The interview took an hour and as we were leaving Nandar Hla Myint said we could take a photo of the complex but warned against taking a photo of any members of staff.

There was no staffer’s motorbike available and we had to walk 10 minutes to the compound entrance – a stretch that was lined with luxury cars owned by USDP central committee members, according to the security guards. “They are rich,” the guards said, laughing. 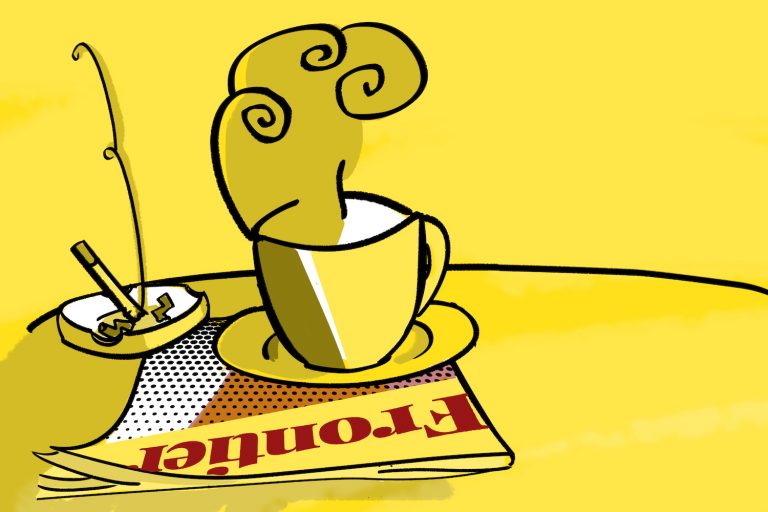 We're not betting on a print revival to ensure Frontier’s survival, but we believe print still has an important place in the media landscape.
BY Frontier 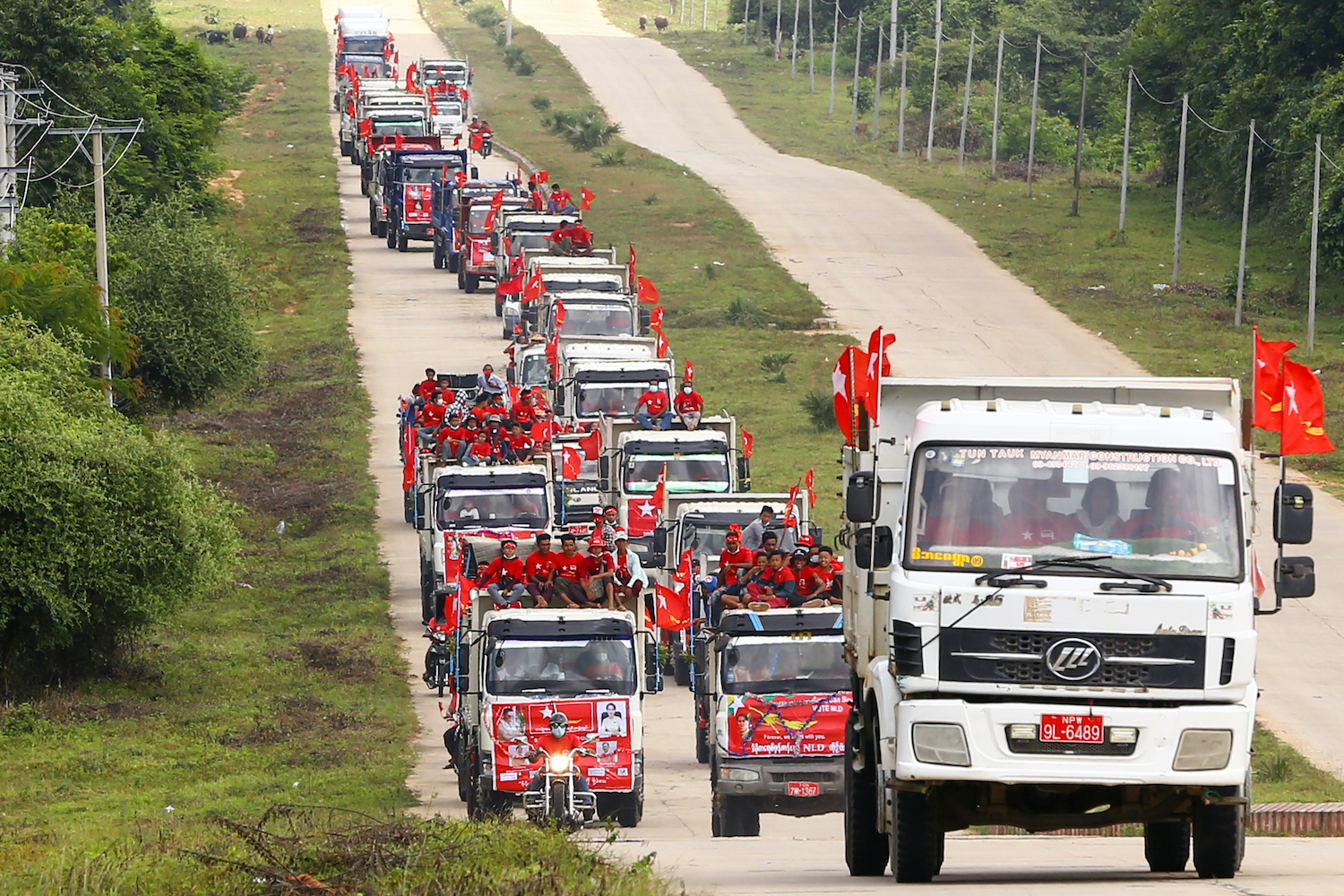 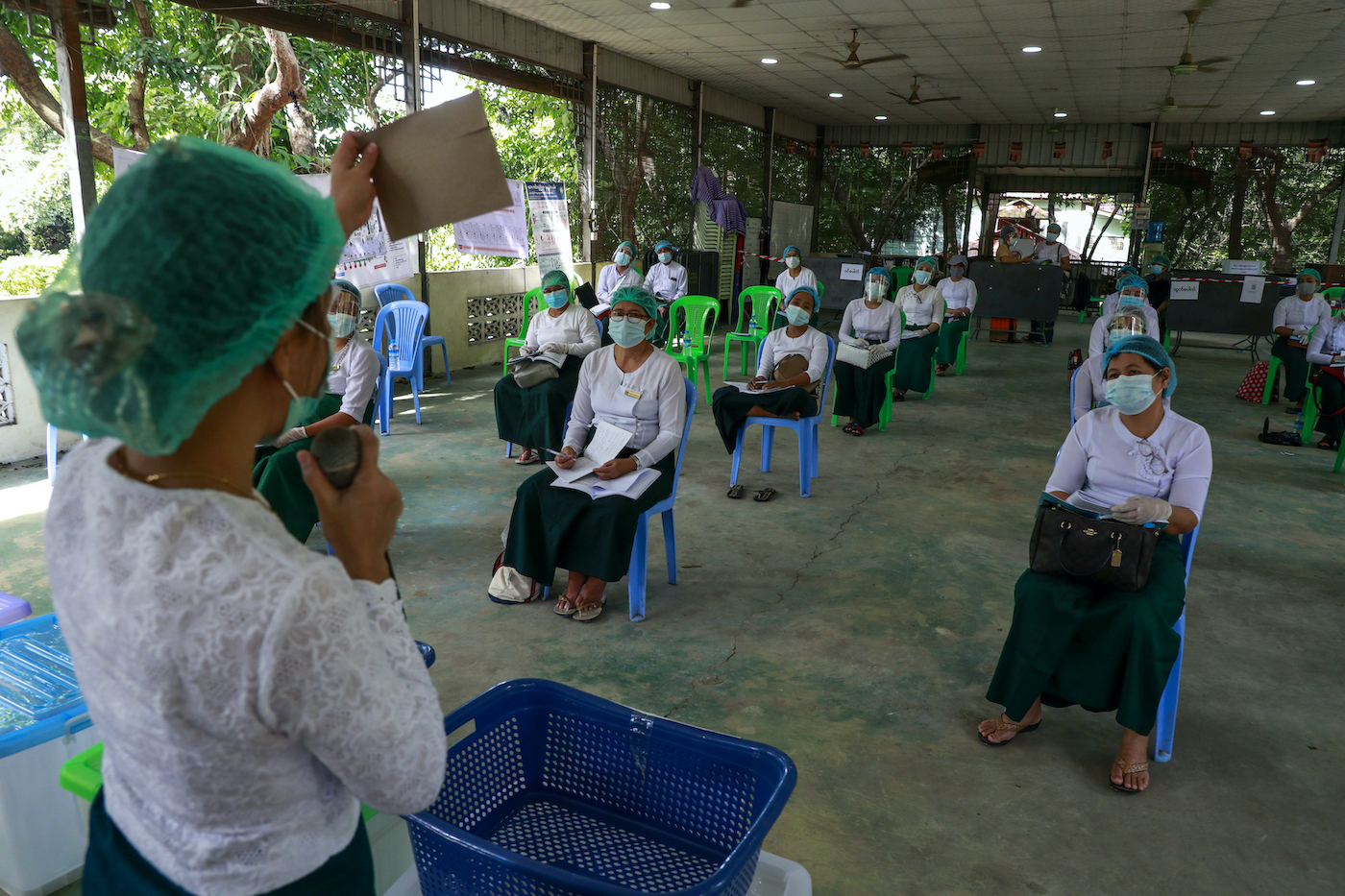 USDP lawsuits target teachers who risked it all