Lawmakers say deals agreed by the Myanmar International Cooperation Agency should be renegotiated after uncovering irregularities in the agency’s activities.

NAY PYI TAW – Lawmakers say the government is yet to come clean about secret land deals worth tens of millions of dollars that were signed in the final days of the U Thein Sein government.

A hluttaw committee revealed this week that an investigation into the activities of the Myanmar International Cooperation Agency discovered a range of irregularities in its activities and found that the contracts it signed heavily favoured private companies.

The agency was set up by then-ministers U Soe Thane and U Ohn Myint, ostensibly to partner with the private sector to develop state-owned livestock and fishery properties.

But shortly before the Thein Sein government left office in March 2016, MICA signed a dozen contracts with private companies, including deals to develop hundreds of acres of valuable land in Yangon.

After the agency’s activities were reported in Frontier in September 2016, lawmakers raised the issue in parliament, putting pressure on the government to act.

Although the Ministry of Agriculture, Livestock and Irrigation told Frontier in August 2016 that it planned to continue MICA’s activities, the U Htin Kyaw government ordered the agency’s closure in December 2016.

In February, lawmakers passed a motion requiring the government to transparently reveal MICA’s activities. They say though that the government has failed to provide the necessary information and they have instead conducted their own investigation.

Contracts should be renegotiated

On November 22, the Amyotha Hluttaw approved an interim report into MICA detailing an investigation by lawmakers that uncovered evidence of irregularities with the land deals.

The report called for a clear plan from the government to manage concerns about MICA’s activities and obligations, and noted that many of the civil servants tasked with winding down the agency were involved in setting it up.

“We need to know whether contracts were made between MICA and government departments, and how many acres of land are involved. We cannot review [MICA’s financial position] without clear data,” said Thein Swe, who chairs the Amyotha Hluttaw Government Guarantees, Pledges and Undertakings Vetting Committee, which submitted the preliminary report to the assembly.

Committee members conducted site checks to compile the report and were accompanied by lawmakers who had first raised concerns about MICA. They studied 12 sites in Yangon Region and one from Ayeyarwady Region and found that they were contracted to private companied from mid-2015 to early 2016. None of the projects were submitted to the Myanmar Investment Commission (MIC).

Committee members also interviewed officials from the Ministry of Agriculture, Livestock and Irrigation about MICA. They said there were a number of discrepancies in the statements from the minister and deputy minister, who were appointed by the NLD, and senior civil servants, who were working in the ministry when MICA was operating.

The report said the committee set up to abolish MICA should be reorganised because its members were also responsible for setting up the agency.

Lawmakers also found that the government received “few benefits” from deals signed by MICA with private companies, most of which were 50-year contracts. The only income MICA received was for land rental and many of the projects are yet to get underway. Contracts were poorly worded and often lacked detail, it said.

The committee recommended that legal experts, including the Attorney General’s Office, be assigned to renegotiate the contracts and set the rent according to market prices.

In a departure from standard hluttaw practice, the ministry did not send an official on the day the report was submitted to listen to the committee’s finding and respond.

Amyotha Hluttaw lawmaker Naw Christ Tun (NLD, Kayin-7), who first raised MICA in parliament, said the lack of ministry representation may be because it was an interim report.

“When the whole report is submitted they will come and listen, I think. But anyway, these findings should be taken seriously,” she said.

Christ Tun said she was unsure when the final report would be complete. Asked the same question, Thein Swe said resolving the MICA issue was a priority for his committee.

“We are calling meetings continuously. There will even be a meeting tomorrow,” he said.

Soe Thane, who is now an Amyotha Hluttaw lawmaker (independent, Kayah-9), was present during the presentation of the report but did not participate in the discussion. When reporters approached him after the session, Soe Thane at first tried to ignore them and then ran away.

Frontier also sought comment from the ministry, former minister for livestock, fisheries and rural development Ohn Myint, and companies that signed contracts with MICA. They either declined to comment or could not be reached.

In February, Soe Thane told Frontier that the criticisms of MICA were only coming from “activists” who didn’t understand its work.

“Some people are … all negative and all blame, although [what they said] is not true,” he said. “Some people, they think that all these lands are owned by the private people or company or people related to U Ohn Myint. It is wrong. It is still in the government ownership.”

He claimed MICA had been well intentioned but ministry staff had not followed correct procedures.

“I know that some implementations maybe on the thin red line,” he said.

On this, the interim report approved by the Amyotha Hluttaw on November 22 was in agreement. It said that although those who set up MICA claimed it was to develop the fisheries and livestock sectors, “its performances on the ground were different from its ambitions”.

MICA was established by cabinet on August 28, 2014 and chaired by Soe Thane. However, the impetus for the agency came from former Minister for Livestock, Fisheries and Rural Development U Ohn Myint as a means of working with the private sector to develop ministry-owned assets.

MICA eventually controlled at least 66 properties, including farms, factories and fisheries sites, totalling thousands of acres. Both Ohn Myint and Soe Thane denied any major role in the agency, leaving it unclear who was really in charge.

According to the figures received by Frontier, MICA rented almost 2,000 acres of land to little-known private companies, including farmland, fish ponds, factories and vacant compounds.

Two of the most controversial deals involved large plots on the outskirts of Yangon.

In February 2016, MICA signed a contract with First Golden Dragon Construction to develop a 64.5-acre plot of land in Insein Township into a US$60 million wholesale market, with a cold store and shophouses.

While this deal was widely publicised, a second contract with First Golden Dragon Construction, signed the following month, for a “mixed-use project” on an adjoining 32.454 acres, was not disclosed to the public.

Another major deal signed was that with a little-known company called Glory Heyday Services. Under two contracts inked in January 2016, it is to develop more than 800 low-cost apartments, 64 shophouses and a wholesale market on 125 acres in Yangon’s East Dagon Township, at Ywarthargyi. These contracts were also not publicised at the time.

Former Tatmadaw vice admiral U Soe Thane can take much of the credit for the USDP’s sweep of seats in the Kayah State township of Bawlakhe – one of the military-aligned party’s few wins on November 8.
BY Ei Ei Toe Lwin 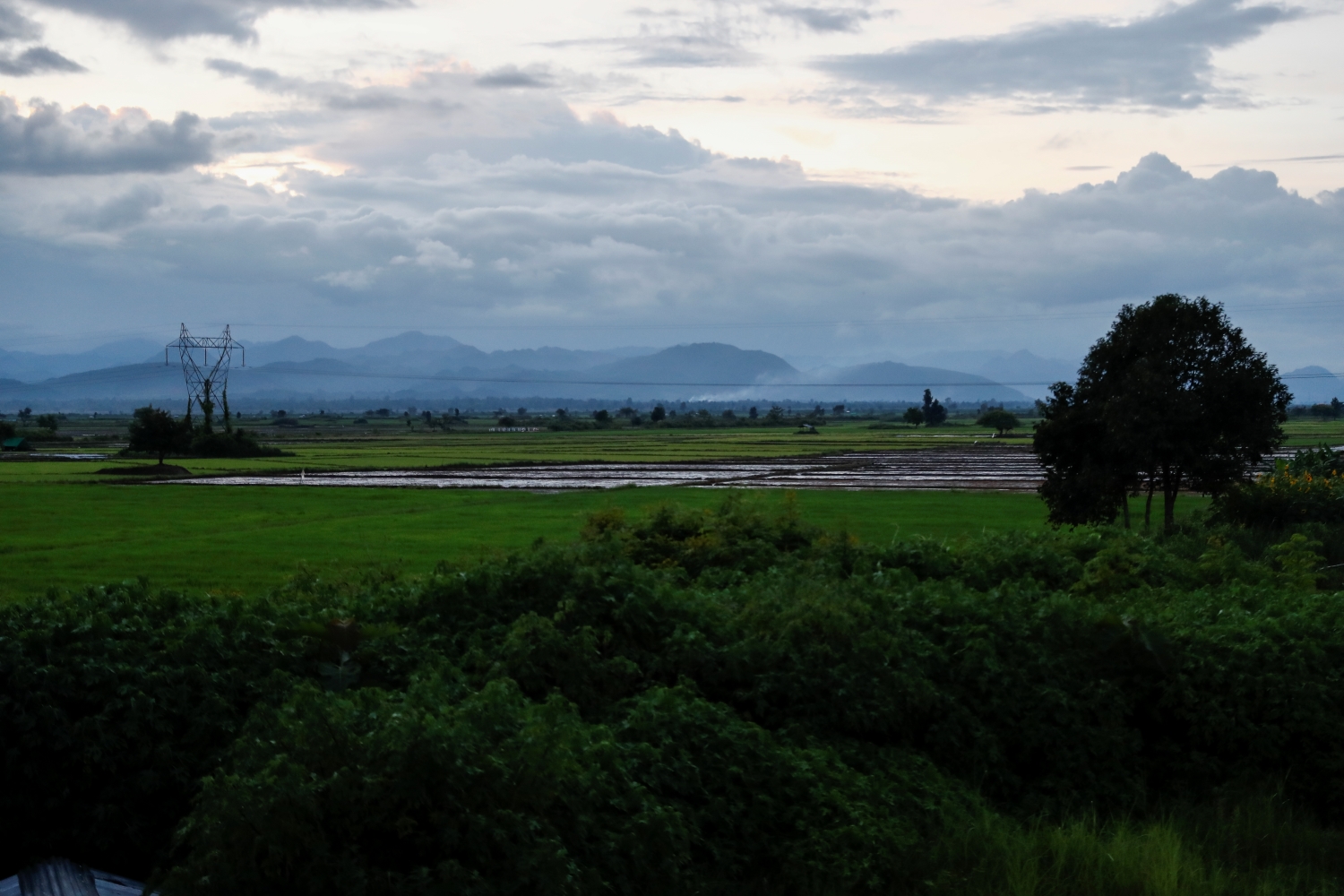 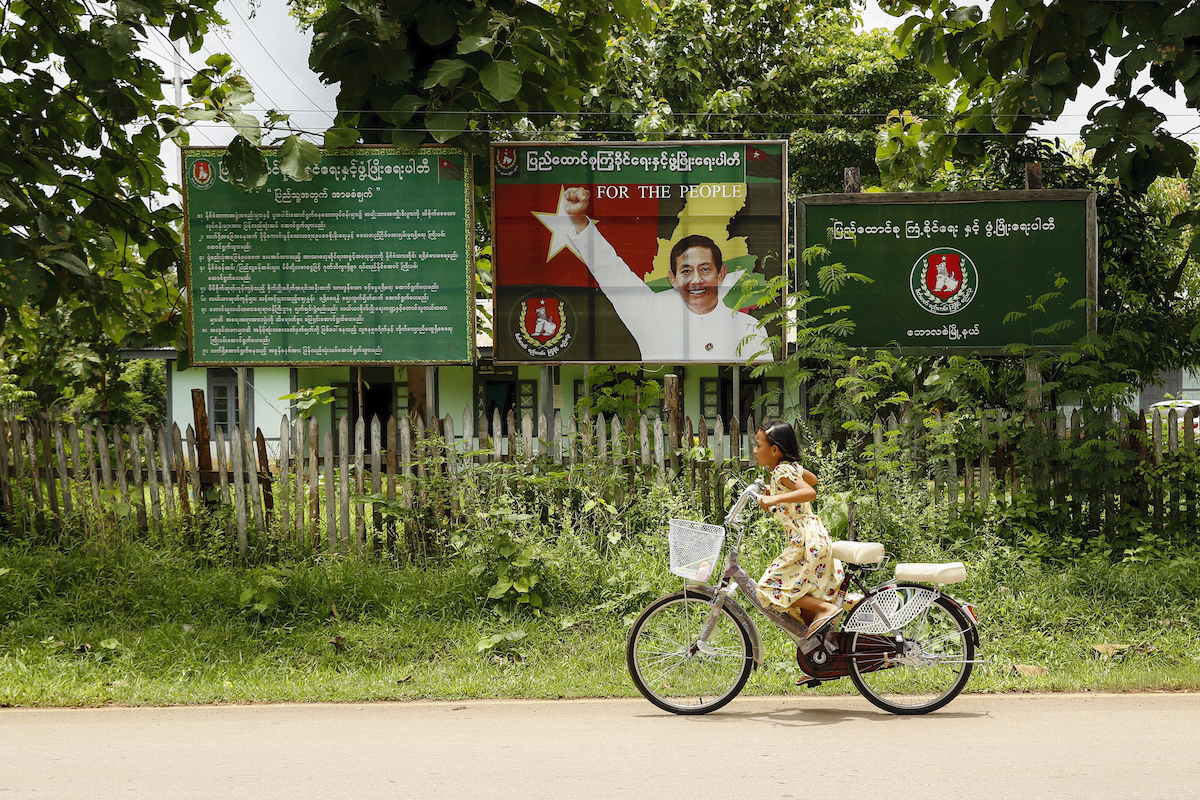 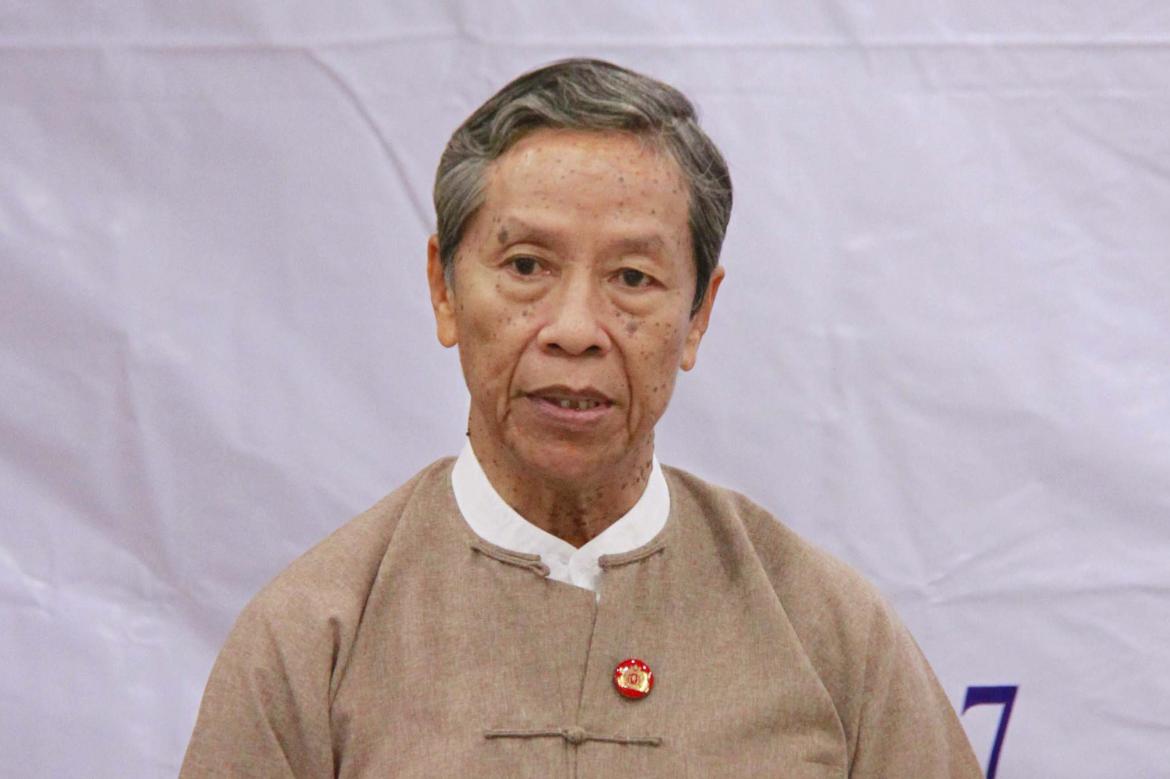 An overdue appointment: What went wrong at the Ministry of Planning and Finance