YANGON — It may be raining cats and dogs in Myanmar, but in Yangon two coffee shops are offering animal-lovers a chance to escape the monsoon as the global pet-cafe craze sweeps into the rapidly changing city.

Inside Yangon’s ‘Catpuchino Cafe’ dozens of felines lounge around the room, some peeking out of baskets while others sit perched on fluffy stools or lie purring in the arms of adoring visitors.

On one cushion, a hairless sphynx wearing a pink jumper sits regally surveying the scene through half-closed eyes.

“I used to have cats at home when I was young,” said 23-year-old customer Arr Pouk as he teased four moggies with a feather on a stick. “I love them.”

The trend, already popular in Asian capitals like Tokyo and Bangkok, is the latest international fad to sail into Myanmar since the end of junta rule in 2011.

In the commercial hub Yangon, hip cafes and eateries have begun to mushroom across town to cater to an expanding middle class and growing population of expats. 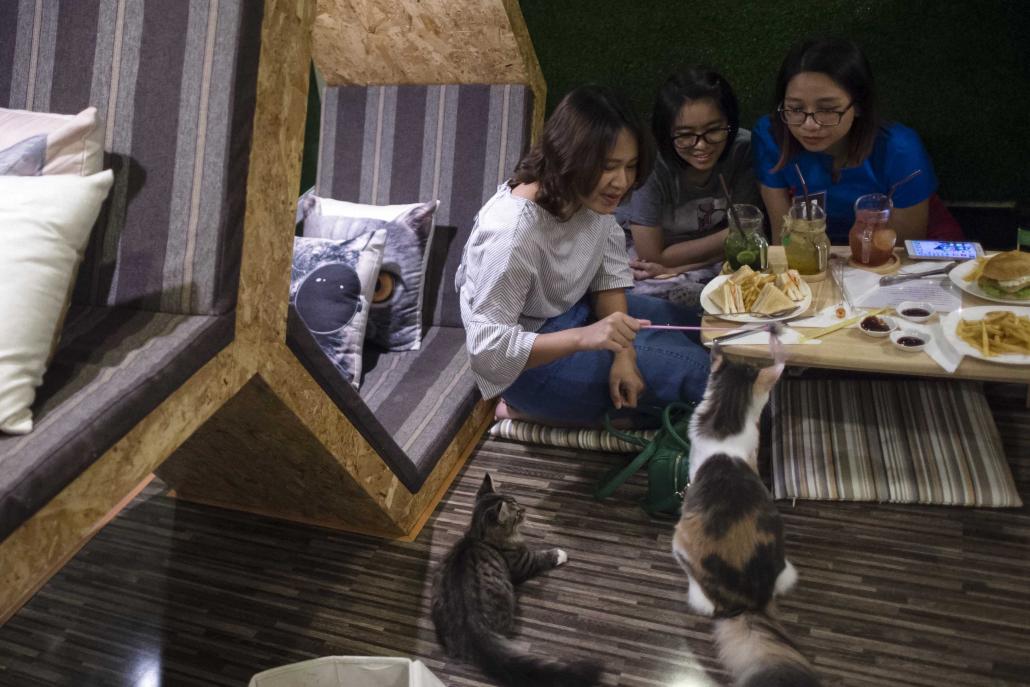 But while stray cats and dogs are a familiar sight on the city’s streets, few inhabitants have the space, time or money to squeeze pets into their already cramped homes.

Pearl, the founder of the cat cafe who only goes by one name, opened the new feline-themed coffee shop a few weeks ago to give visitors a place to de-stress from the pressures of their busy urban lives.

In total she has 27 animals of 10 different breeds, including the short-legged Munchkin Cat, the fluffy Maine Coon and a giant tabby American Shorthair. 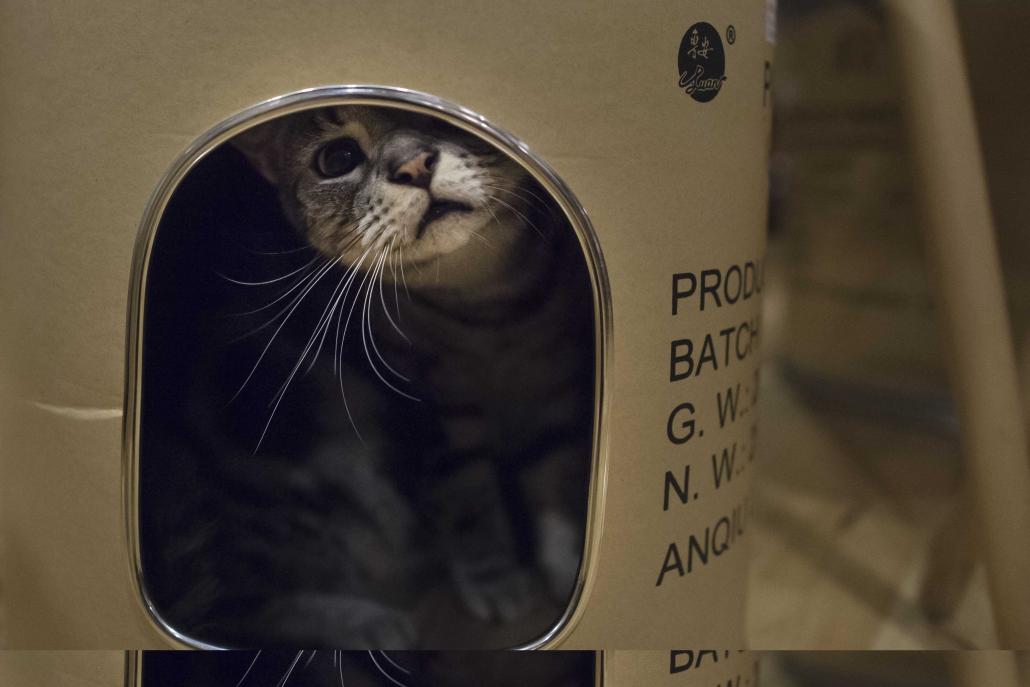 A cat peeks out from inside a container at the ‘Catpuchino Cafe’ in Yangon. (Ye Aung Thu | AFP)

“When I used to get stressed at school or work, I would play with cats for 15 or 30 minutes and then the stress would be gone,” Pearl told AFP.

On the other side of the city, another shop is taking a different approach, with Corgis, blue-eyed Huskies and their giant cousin, the Alaskan Malamute, lavishing customers with free love and licks.

The 27-year-old owner, Htet Myat Aung, said he was inspired by a similar cafe in Bangkok.

“I opened this dog cafe for people in Yangon who can’t raise puppies themselves but who love these pets,” he said. 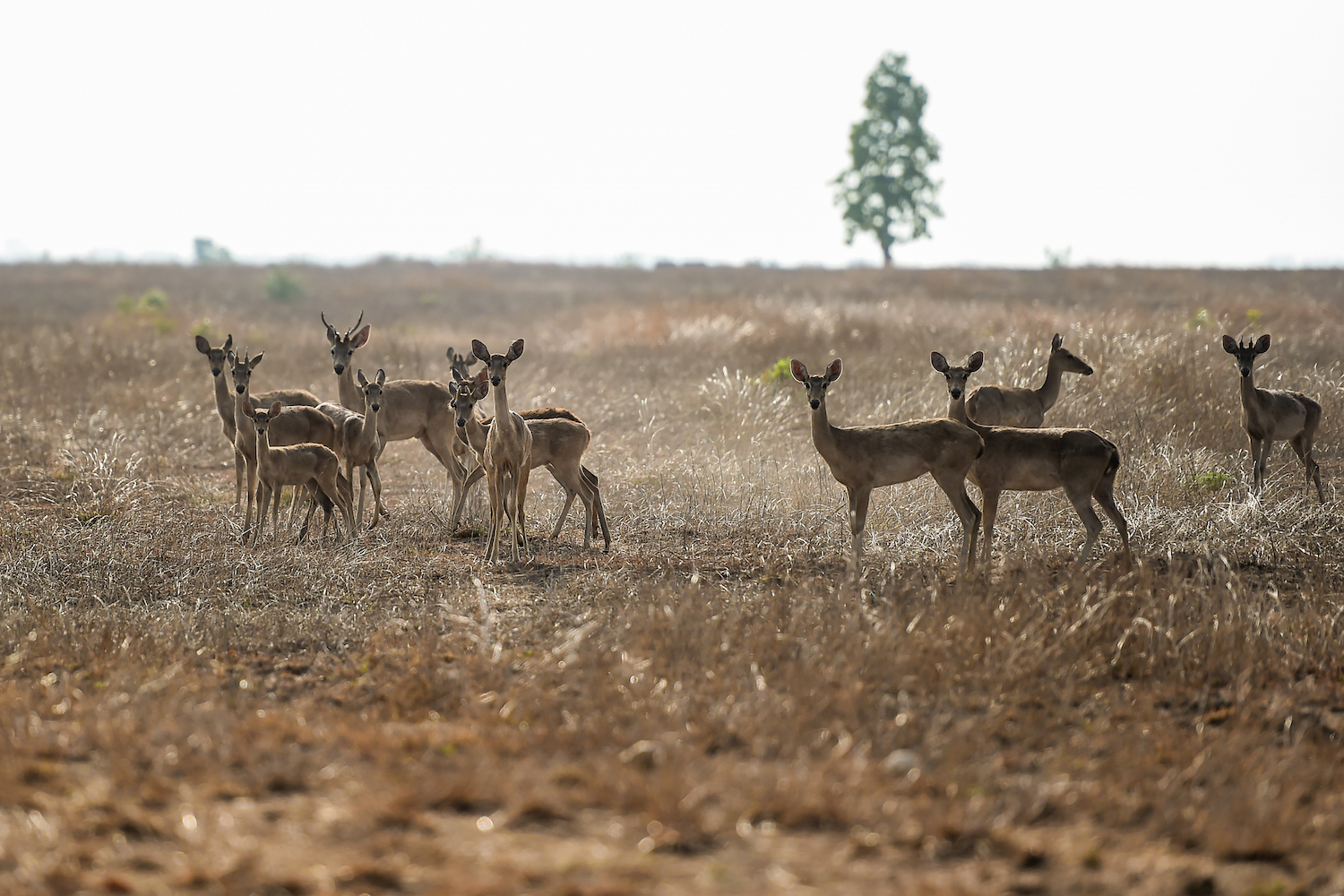