Burmese cuisine by the book

American Robert Carmack and Australian Morrison Polkinghorne, co-authors of The Burma Cookbook, named the world’s Best Asian Cookbook of 2015 at the Best in the World Gourmand awards last year, first visited Yangon in 2000 after winning several nights at The Strand Hotel at a charity auction.

Their original plan was to publish a souvenir book for foreign visitors to the iconic establishment as an introduction to Burmese cuisine and as part of their own Globetrotter Gourmet tours specialising in food tours to Southeast Asia. Then the country opened up and became “the flavour of the month”, making it possible to market the book to a wider audience. The book, published in 2014, provides brief histories of The Strand, contemporary Myanmar and Myanmar cuisine and sells in Myanmar as The Strand Cookbook and abroad as The Burma Cookbook. Mr Carmack, a former editor at Time Life Books, has published five cookbooks, including on Thai and Vietnamese cuisines. The pair spoke to Frontier’s Peter Janssen in Bangkok where they held a Myanmar cooking demonstration at a cultural festival in mid-February.

Burmese cuisine is notoriously oily. How do you deal with that?

Carmack: Would the critics of Burmese cuisine say the same thing about Greek food? Greek food is equally as oily. And it pretty much has the same ingredients – onion, garlic, oil. Myanmar food also uses a very mild pepper that is almost like a cross between a hot and mild paprika. It’s not the firey hot chilies of Thailand and I don’t think they are even as hot as the chilies of Vietnam. Burmese food is quite delicate and everything is nuanced. The essence to me, of Burmese cuisine, is the seasoned oil. Normally they will fry onion and garlic and ginger very slowly for a long time, and then that’s the onion and garlic and ginger flavour in the dish. And at the very end to garnish they will put that onion and garlic back on top.

Polkinghorne: Or if it’s a salad you mix it in the way you do for a salad in the West.

Carmack: They think it dominated a flavour too much if you cook it (onions, garlic, ginger) and leave it in [the oil[ for a long time. So they add it to the dish later so it is delicate and nuanced.

So seasoned oil is the essence of Burmese food?

Carmack: I think so.

Polkinghorne: But there are differences in the oils. There is the seasoned oils, that we’ve been talking about, and then there are those big pots of curries with three inches of oil sitting on top. That’s a different kind of oil. We’re not talking about that oil.

Your research included a lot of recipes from the colonial era?

Polkinghorne: Finding these historical recipes I think that is what the book is about. It is The Burma Cookbook as opposed to The Myanmar Cookbook, because we wanted to include that colonial aspect.

Was it difficult to find information about traditional Burmese cuisine, such as the royal cuisine?

Carmack: There is very little left over. I even scoured some of the eBay books sales from London, from old collections. I want to stress that we are not a colonial cookbook, although we incorporate elements of the colonial. So it’s more like 100 years of Burmese cuisine and I’ve made it more approachable. If I’ve changed recipes it’s because I’ve cut back on the oil because we want to appeal to a wider audience.

Polkinghorne: That’s why we did this cookbook, because everyone is getting more health conscious and the recipes will change so we thought let’s get a slice of Myanmar cuisine to say this is what it is like now, before there are major changes like everyone says, ‘Hey, oil is really horrible.’

Carmack: There is this Asian concept that food is medicine and this Western concept that food is poison. People shouldn’t be so fearful. You know the reason we (Westerners) had butter and full-fat milk was because we didn’t eat as much of it back then. So when you get into the huge portions and the gluttony, that’s the real issue. Food should be savoured and enjoyed but you should stop at gluttony.

You say in the book that Burmese cuisine developed its own unique style to “eschew imperialist flavours from when the country was occupied by tides of migrants”. Can you back that claim up?

Carmack: I actually think that and I’ll tell you why. I was at a conference on Spanish cuisine years ago and this researcher said that after the Moors were kicked out of Spain, the Christians converted to a very conservative, Christian cuisine and threw out all the seasoning and anything that was reminiscent of the Moors. And it was deliberate.

Even in the Arakan kingdom, which is hotter and spicier than Burman food, it still has a simplicity and does not seem like anything out of India. And the Burmese dishes do not seem like anything out of Thailand, either. For me it’s much easier to define what it’s not when you talk about Burmese cuisine. But I do think there was a deliberate reason for this. I don’t think the Burmese wanted to let their cuisine, which is part of their culture, to become Indian.

Carmack: But you do have some cross overs like the tea. And they do have the samosas and the Indian curries but again they are much simpler.

Myanmar experienced shortages of imported ingredients for 50 years under military rule. How did that effect the modern cuisine?

Carmack: I think it could be a building block for a great cuisine. Countries like Taiwan that went through the same thing learned to eat every part of the animal. They made a grand cuisine out of scarcity. Myanmar still has maintained its culture and its traditions. The government never tried to destroy that. In Cambodia they did, and you see a big difference in the cuisine.

Is there something that they can re-discover, that has been lost? For example, the royal cuisine?

Carmack: I don’t know what they’ve lost. They may have simplified some things, but I suspect they were simplifying back in the 1920s and 30s. I think they have incorporated Indian dishes but they have made them much simpler. And I don’t think that was out of deprivation, because I don’t see that much of a difference between the old recipes and the new recipes. It is interesting that two of the world’s worst cuisines, the Spanish and the Australian, have both risen to the top ranks now because they have freed themselves from the shackles of the past.

Mohinga, the national dish, seems healthy enough and is unique, although not everyone likes it.

Polkinghorne: The first time I had mohinga it was like ugh. Sorry, this is a national dish? It’s sludge. But now I can have two bowls in one sitting.

Carmack: We go in to great detail into the different varieties of mohinga. I find that mohinga does come across as an extremely rich dish that you almost think there is coconut milk in it but there is not. They use the heart of a young banana stalk. It’s more of textual thing than a flavour thing, but it does create that creaminess.

Carmack: You know the Burmese like to think Myanmar is the only country where people actually eat their tea, but the Chinese do it too and I ran into a Thai restaurant the other day that is doing it and the Japanese have been doing it for decades and putting it in their ice cream.

But it’s not just about fermenting the tea leaves. They are doing special things to them and there are recipe secrets. It is probably one of the most difficult ingredients to get for Burmese cuisines in the West.

Do you think Burmese cuisine will ever take off internationally the way Thai cuisine has?

Carmack: It’s in its nascent period. It took Thai food 50 years to become an international cuisine. I was looking at the Food of the World series written in the 60s, and in the cuisines of Southeast Asia Thailand was not even included. No one had heard of Thai food. It didn’t even warrant a chapter in the Southeast Asian section. 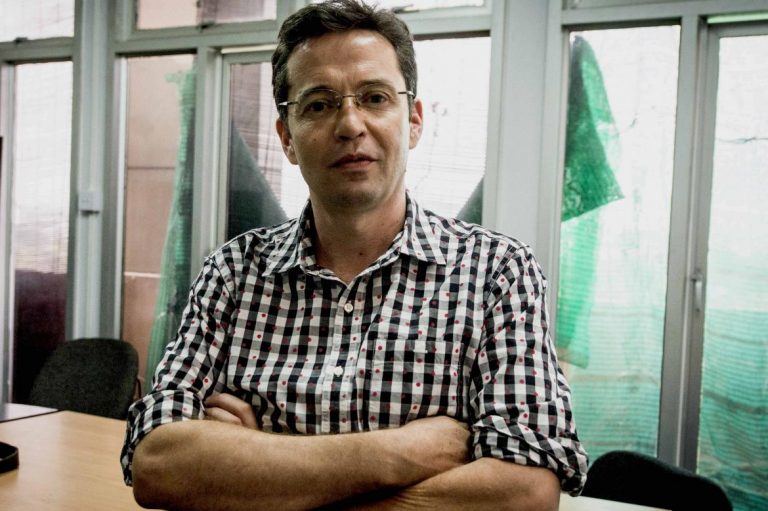 Michel Fonteyne-Leitao, restaurateur: ‘Let’s tell people what a special place this is’

Michel Fonteyne-Leitao and his wife, Fanny, are the founders of La Terrazza and La Pizza restaurants in Bagan. What he calls his “love affair” with Myanmar began when he met a friendly taxi driver in Yangon more than 10 years ago. He spoke to Frontier about the key to being a successful restaurateur in Myanmar and his passion for Bagan.
BY Frontier & Frontier 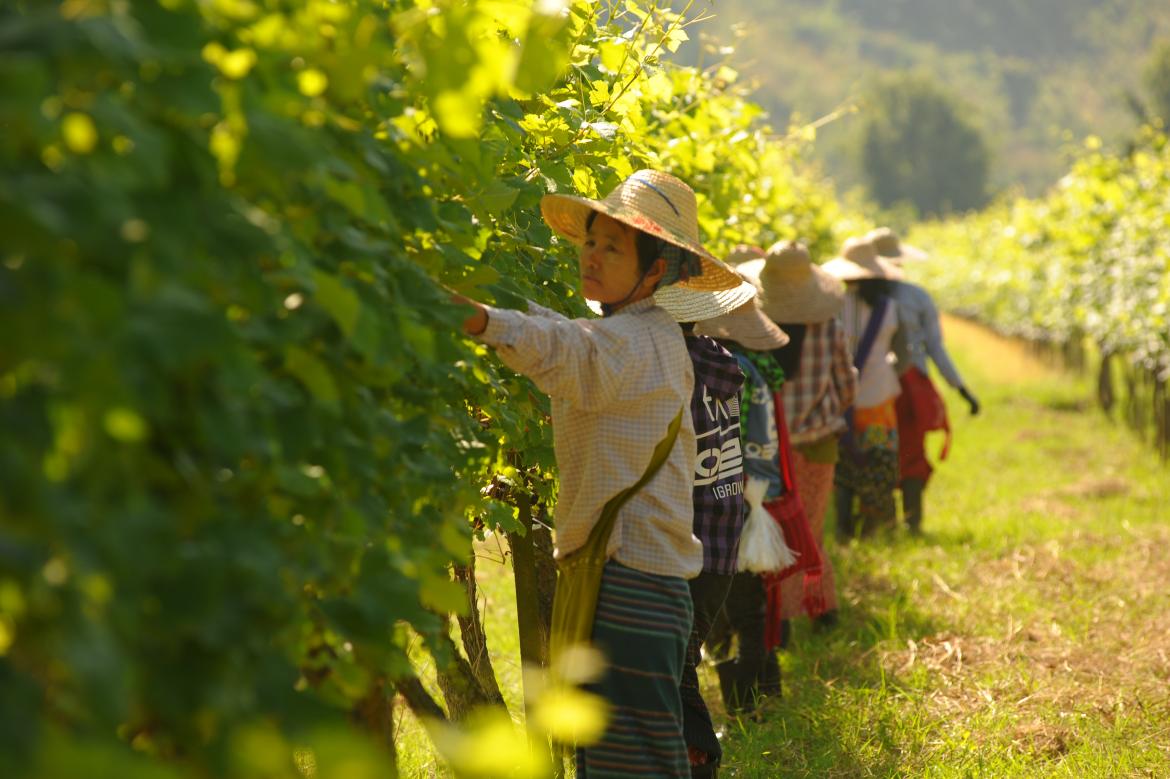 Winemakers in the hills