A man who campaigns against multi-level marketing has appeared in a Yangon court after being accused of criminal defamation over social media posts about the Successmore company’s executives and products.

U YE MYO THANT, who appeared in Dawbon Township court on June 6, is accused of breaching section 66(d) of the 2013 Telecommunications Law.

It was the third hearing in the case as the first and second hearings were adjourned due to the non-appearance of the plaintiff.

Successmore Being Yangon Trading Co Ltd filed the 66(d) charge against Ye Myo Thant last September after he shared information about its executives and multi-level marketing activities on his social media page. He was released on bail after he was charged.

Multi-level marketing, also called pyramid selling or network marketing, has expanded rapidly in Myanmar in recent years and many of the companies are active in rural areas.

Ye Myo Thant told Frontier on June 13 that the campaigns against multi-level marketing companies because he wants to protect unwary consumers from losing money.

“Successmore charged me because they want to force me to stop, but we share the true information, so I have to continue,” he said.

Successmore director Nang Kham Wah La said the 66(d) case was filed against Ye Myo Thant because his activities had caused “huge” damage to the company’s image and reputation.

The company was operating legally under the Myanmar Companies Law and rules and regulations that apply to trading, she told Frontier on June 13.

Successmore says it has 100,000 members in its network, with most in Yangon and Mandalay and some in Myitkyina and Taunggyi. Of that number, about 10,000 members sell Successmore products.

One Successmore member who sells products for the company, and who spoke to Frontier on condition of anonymity, said that the company has ordered members not to cheat customers, but it was possible that some were being dishonest.

“People love money, so they might scam other people. We can’t say absolutely that our members are not going to scam people, but we warned them not to,” she said.

As Frontier reported on September 28, 2017, although multi-level marketing is controversial, most of the companies are legitimate. Members typically earn money by selling consumer products but are also encouraged to recruit others to sell the same products, too. This workforce is known as a “down line”; the recruiter receives a percentage of the sales.

However, because they share many features with pyramid or Ponzi schemes, it is easy for outright scams to market themselves as a MLM company.

A report about MLM in the Myanmar Times on January 19, 2015 quoted a warning from the United States’ Federal Trade Commission 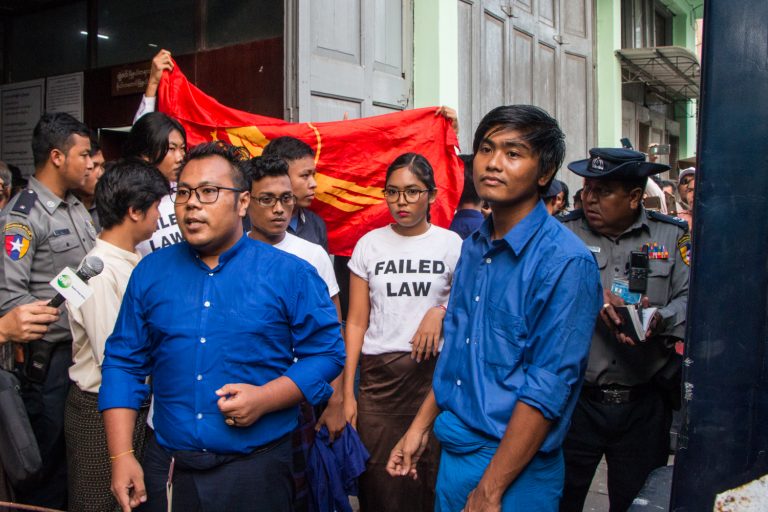 An advocacy group has proposed four options for reforming Myanmar’s tangle of criminal defamation clauses, which are being used ever more frequently under the National League for Democracy government.
BY Kaung Hset Naing & Andrew Nachemson 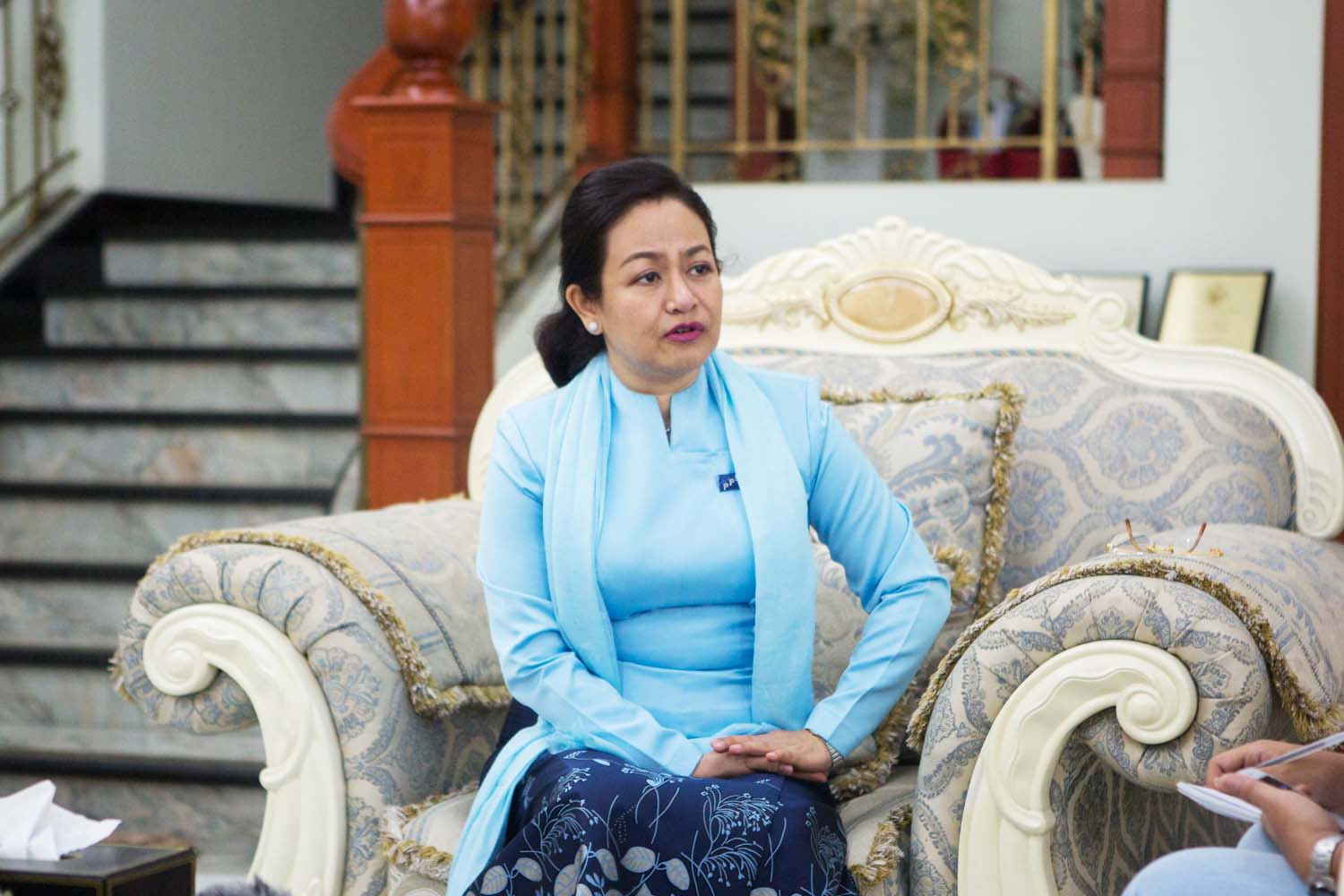 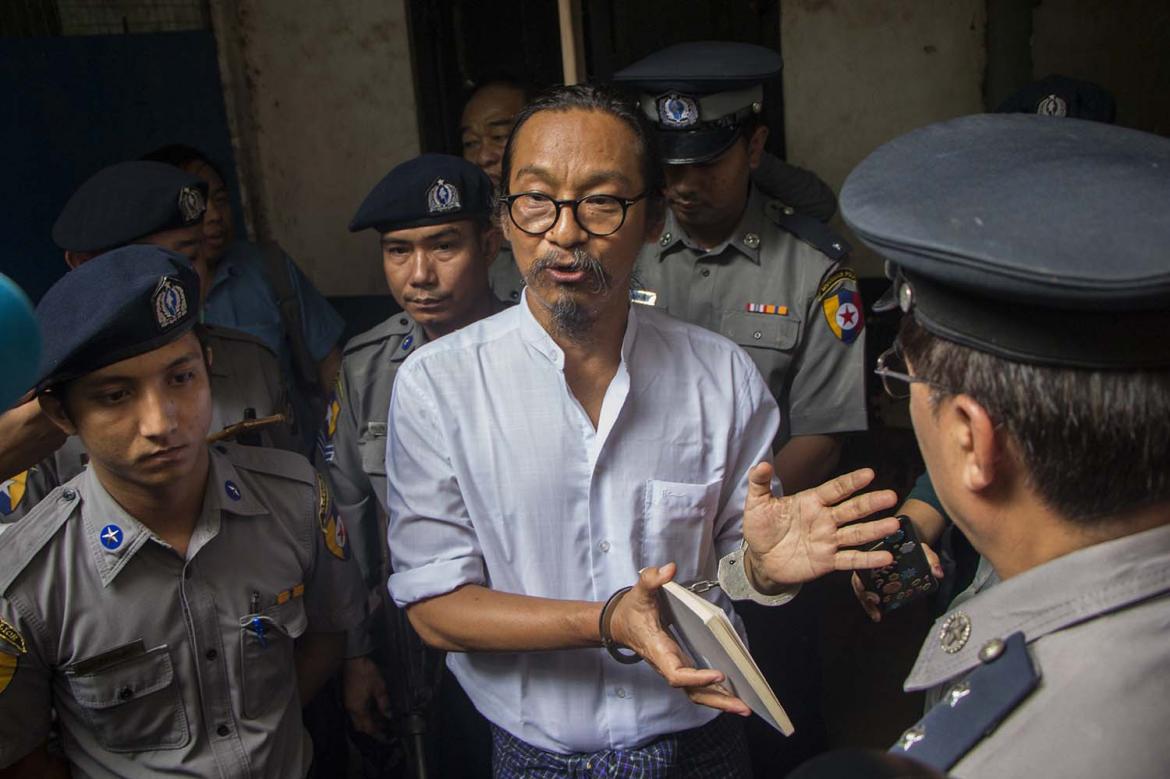