In one of their final acts before heading out on the campaign trail, National League for Democracy lawmakers in Nay Pyi Taw on August 26 approved amendments to the Law Protecting the Security and Privacy of Citizens.

The amendments received little attention in the last-minute rush to wrap up parliament, during which they also passed the budget, tax and national planning laws for 2020-21. A fresh outbreak of COVID-19 in Rakhine State also dominated local headlines, leaving little space for a complex legal change.

But the amendments are important and merit closer attention. Introduced in 2017, the law was apparently drafted to protect citizens against state overreach, outlawing things like household intrusions and surveillance without appropriate government permission, and stipulating a possible three-year prison term for breaches.

But since it was enacted in 2017, the so-called privacy law has been used dozens of times (if not more) to lock up ordinary people who criticise government or military officials, lawmakers and other politicians, as well as other powerful individuals. The Joint Bill Committee told The Irrawaddy it had been used more than 900 times.

The problem is that one of the things the law prohibits, along with unauthorised surveillance and household intrusions, is defamation: “No one shall unlawfully interfere with a citizen’s personal or family matters or act in any way to slander or harm their reputation.” Section 8(f) may have been intended to protect citizens, but it has actually made them vulnerable to arrest and incarceration.

To its credit, the NLD has recognised the problem and taken action. While it hasn’t removed the section, it has replaced “no one shall” with “no public official shall”, significantly narrowing the circumstances in which the defamation clause can be applied.

This is an important step that should put an end to the rising number of criminal defamation cases being filed under the law.

The NLD deserves praise for taking action, but let’s not forget that it drafted and enacted this law in the first place. The lawmakers who voted for it back in 2017 bear responsibility for the many lives that have been disrupted – even destroyed – through its sloppy wording and unjust application. It underscores the urgent need to raise standards of law-drafting and provide lawmakers with more resources to do their job.

This could have been avoided, though, if they had heeded the concerns of civil society groups, which had been ringing the alarm about the draft law since 2016. After it was passed in March 2017, nine CSOs issued a statement warning that the enacted law contained “vague and flawed definitions”, and complaining that their earlier suggestions to fix these before it was passed had been ignored.

Hopefully lessons have been learned. The problem now is that this amendment will fix only a small part of a much larger problem: Myanmar’s suite of criminal defamation laws.

This is what makes the defamation clause in the privacy law so unfathomable: Myanmar already had five laws containing criminal defamation, including the Penal Code, Electronic Transactions Law, Telecommunications Law, Anti-Corruption Law and News Media Law. Was another one really necessary? Of course not.

But now this loophole has been closed, those wanting to file a criminal complaint can simply choose one of the other laws, most of which have no defences or even a definition of what defamation is.

As rights group Free Expression Myanmar has argued, if the government really wants to introduce a fair framework for defamation – that is, a framework in which a person whose reputation has genuinely suffered serious harm due to a false allegation can seek redress – it needs to overhaul or replace all six laws.

The aim of this overhaul – at least in the longer term – should be to scrap criminal defamation entirely. There is no rightful place for it in a genuine democracy.

This editorial appeared in the September 10 edition of Frontier 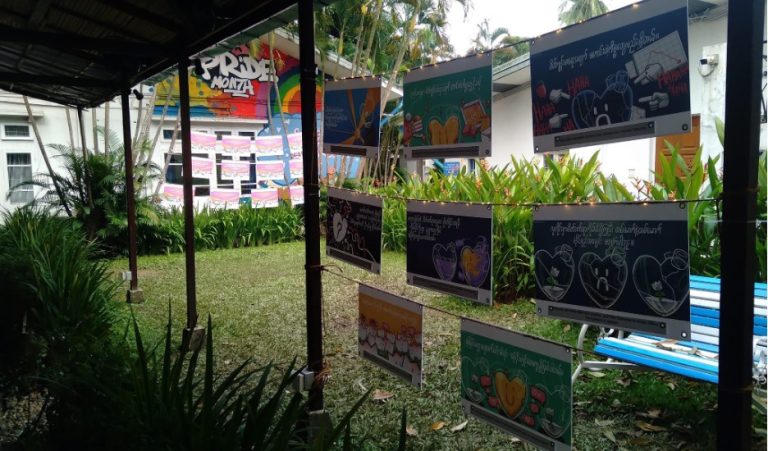