Treasury bond auctions: A step in the right direction

The launch of treasury bond auctions by the government is a move toward more efficient public debt management that should result in lower inflation.

IN ITS latest effort to finance debt on the free market, the government held its first treasury bond auction earlier this month, selling K200 billion (about US$161 million) at a weighted average yield of 8.843 percent.

The auction on September 20 saw K120 billion of the bonds bought by AYA Bank, Myawaddy Bank and CB Bank. State-owned Myanma Economic Bank did not compete in the tender but bought the remaining K80 billion at the resulting interest rate after the bidding.

The banks regarded the yield as attractive because it is higher than the minimum 8 percent annual interest they are required to pay on savings deposits, although it remains lower than the inflation rate, which is estimated at about 9.5 percent a year. The bonds on offer will mature in May 2018.

The government began financing its debt in early 2015 when it started selling bills – defined as debt with a duration of less than a year – at auction. Government debts with a maturity of more than one year are called bonds. 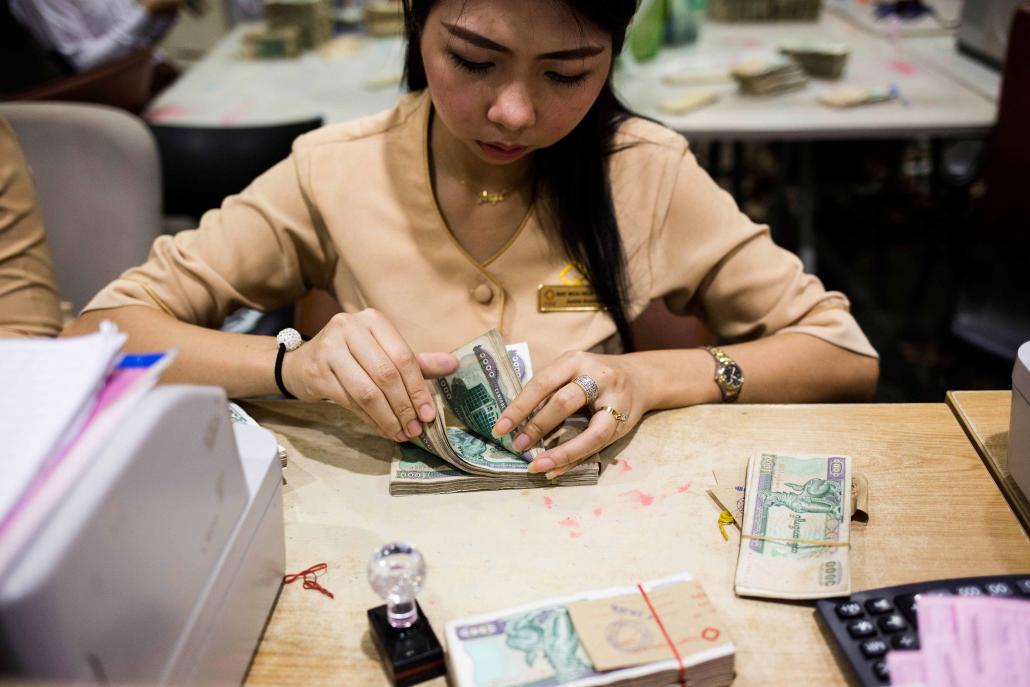 Central Bank of Myanmar deputy governor U Set Aung told parliament in August that 60 per cent of the government’s expected domestic borrowing of K3.09 trillion this fiscal year was planned to be raised through bond and bill sales, with the balance to be provided by the CBM. The CBM and government plan to reduce gradually the proportion of the budget financed by CBM lending.

When the transition to democracy began in 2011, Myanmar had a woeful record of financial management. Three demonetisations in 50 years had created a legacy of huge distrust in formal financial institutions and the government’s ability to manage the system. This was exacerbated by a run on private banks under junta rule in 2003.

Before it became a nominally independent body in mid-2013, the CBM was under the Ministry of Finance. This meant that the institution responsible for money supply answered to the government, which was one of the main spenders of money.

This created a vicious circle. If an institution simultaneously owns the capacity to print money and has an incentive to spend it, it creates a disincentive to limit money supply and exercise restraint on spending.

Economists call this a moral hazard, as it is likely to lead to the government asking its central bank to print money to finance its policies. That is exactly what has happened in Myanmar in recent years. The outcome has been a high inflation rate – consistently around 10 percent, and higher in some years. 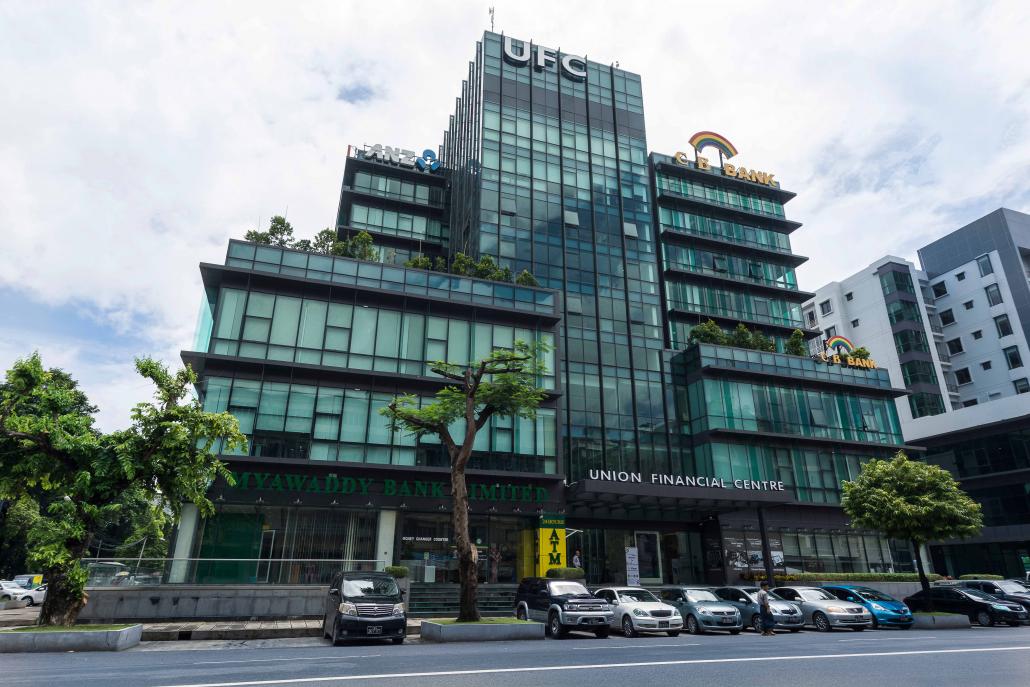 The Union Financial Centre building in downtown Yangon is a hub for foreign and local banks. (Teza Hlaing / Frontier)

Despite having been granted nominal independence, questions have remained over the ability of the CBM to make decisions aimed at ensuring a sound macroeconomic climate and a stable currency. Last year, for example, the President’s Office intervened in CBM monetary policy after the value of the kyat plunged against the US dollar, sparking a crisis of confidence in the currency.

The CBM also continued to be the direct creditor to the government. Although many industrialised countries have banned their central banks from lending directly to government to avoid the vicious circle described above, the Myanmar government has continued to rely heavily on the CBM as a source of finance.

This is where the treasury auctions come in. The September bond auction was aimed at leading the way toward international best practice on public debt management by financing government debt through bond sales rather than printing money.

This should eliminate one of the factors contributing to high inflation, which poses a challenge to business planning and the ability of banks to attract deposits.

When the government sold bonds and bills at a fixed interest rate, the sales were initiated by prospective buyers, mostly domestic banks, which nominated the amount they wanted to buy and individually negotiated the maturity date and other parameters.

The government decided how much it wanted to raise but any unsold fixed-interest bonds were bought by the CBM. Because the fixed-interest rate did not reflect the risk factors associated with government bonds, demand for bonds and bills was low.

Now it’s the government calling the shots. It plans to hold the bond auctions on the third Tuesday of every month and will declare in advance how much it is seeking to raise. It will then be up to the tenderers to place their bids. For now, only domestic banks, both private and state-owned, are allowed to participate.

The introduction of auctions offers many benefits for the multiple actors involved, said U Thatha Hla, an economist with the Asian Development Bank who helped the government establish the bond auction system.

One advantage of the auction system is that it is easier to sell bigger tranches of bills and bonds. In the former system the bonds were unique products. This meant there was no real secondary market for Myanmar government bonds, because the value of unique assets is more difficult to assess.

As a result, a liquid market with stable supply and demand is unlikely to evolve. The new bonds are largely standardised products. This makes them attractive to prospective buyers because their value can easily be assessed.

The expected emergence of a secondary market adds to the investor appeal of the bonds because it means they can be resold before their maturity date. Thatha Hla said this might lead to the government being able to sell its debt more cheaply, through bonds with lower yields.

Mr Yasuhisa Ojima, resident representative of the International Monetary Fund, said the market price for government bonds is usually viewed as a benchmark price for bonds in a country in general, because a government is regarded as being the institution least likely to default. The launch of the treasury bond auctions therefore lays the foundation for a private debt market in the future.

Ojima said the government should next consider allowing the foreign banks operating in Myanmar to participate in the auctions because it would broaden the government’s funding base. He expressed optimism that the government would continue taking steps to phase out financing by the CBM. 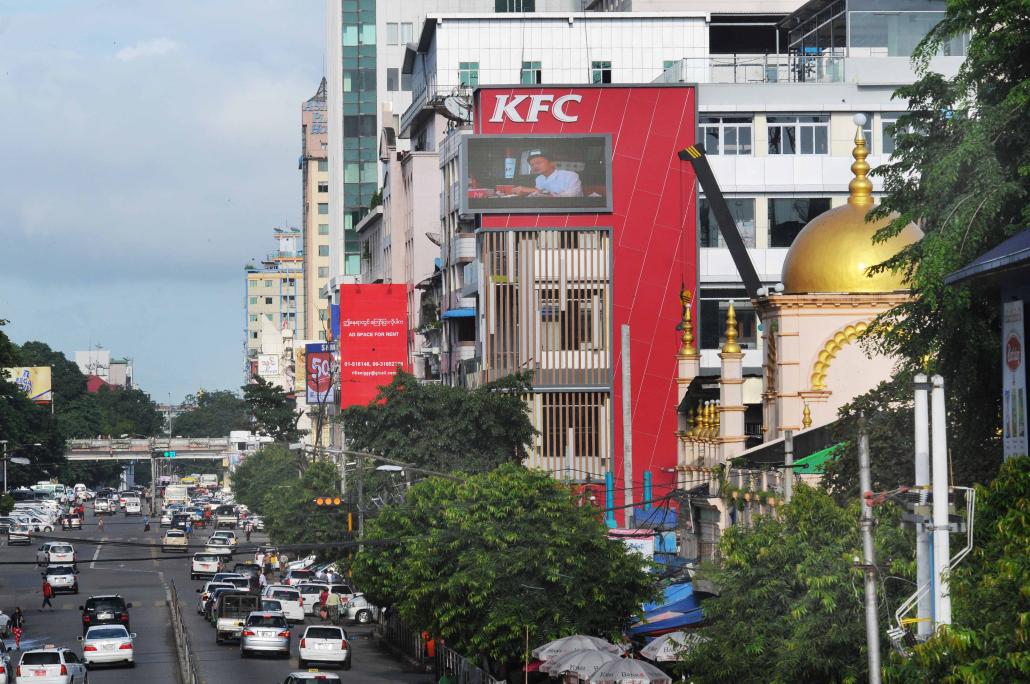 The launch of treasury bond auctions will lay the foundations for a private debt market, which is needed to support economic growth. (Steve Tickner / Frontier)

Another potential source of financing for government debt is insurers. In recent months the government has announced plans to liberalise the insurance market, which is currently hobbled by excessive regulation and off limits to foreign investors.

A big question is whether the government will allow 100 percent foreign-owned insurance firms.

Mr Sean Turnell, an adviser to the government and specialist on the Myanmar economy at Macquarie University in Australia, said he was “hugely in favour” of opening up Myanmar to foreign insurers and he hoped “a liberal approach would prevail” when the government releases its policy.

“Elsewhere (but especially in ASEAN), foreign insurance companies are the major buyers of government bonds. So, in addition to providing people in Myanmar with insurance products they need to help mitigate against the many risks in their lives, the capital markets side of this provides part of the answer to Myanmar’s fiscal problems,” he told Frontier.

Foreign insurance companies buy nearly 50 percent of Vietnamese government bonds for instance, and they greatly help stabilise the macro-economy there as a consequence.”

Money supply management is changing in Myanmar. The presses that churn out kyat banknotes to finance the government debt are slowing down, but they haven’t stopped just yet.