The overlooked male voices in the fight for gender equality

Important voices in the discussion over gender equality – the views of men – are too often being left out of the conversation in Myanmar.

THE FIGHT for women’s rights is a battle that is happening on several fronts. If it is not being challenged by institutional roadblocks, social taboos or dismissive attitudes towards women’s issues, it is the argument that feminists are “man-haters”. Feminism and feminists are regarded by some as “feminazis”, whereby women are accused of wanting to dominate men.

But that’s not the case. Feminism, and more importantly gender as a structural hierarchy, is much more complex than showing hostility towards one group of people. Of course, movements such as this can be difficult to understand, and even more to accept, if one feels under attack.

Sadly, it is often the case that men feel attacked, or discouraged to join conversations around gender equality. I would argue that it is not the case that men inherently do not want to see women as equals for fear that power – or privilege – will be stripped from them, but that men and men’s issues are often overlooked when they are disregarded in public conversations around equality.

There is a growing frustration among some men that men’s issues are being ignored, and are not regarded as something that requires recognition. However, this is not due to feminism, but because of persisting notions about how men should exist in society.

In Myanmar society, like many others, men are expected to be strong, emotionless and at times aggressive. There are expectations laid on them to be yout kyar kaung (a good man), but that title becomes a weighted chain around the ankles when one is, in certain circumstances, expected to “man up”. How society defines what a “real man” is blinds us from seeing the institutional, medical and social issues men face.

And they are many.

It is important to ask why there is such a large statistical difference between men and women.

Research published in the Journal of Health and Social Behavior in 2011 found that men are less likely than women to seek treatment or to invest in preventative health care. For some men, seeking help for physical and mental health is seen as an unnecessary sign of weakness, and many would rather “tough it out” until it goes away. Another study published in JHSB on HIV/AIDS found that men often avoid voluntary screening for the disease out of fear of the potential restrictions on their sexual behaviour.

More specifically in Myanmar, a study conducted in 2015 by the Department of Preventive and Social Medicine, part of the University of Medicine 1, Yangon, found a high prevalence of alcohol consumption and dependency among men in urban areas of Yangon.

This data is also present in the 2015-16 Demographic and Health Survey, conducted by the Ministry of Health and Sports and published in March 2017, where it was reported that 32 percent of men smoke cigarettes, compared to two percent of women. Extending this study further, researchers from the University of Medicine, Yangon, urged government officials to strengthen policies on alcohol and tobacco.

Another important point to note is that a large population of men in Myanmar work in unskilled manual labour. The health ministry survey was disproportionately skewed with 12,885 women interviewed compared to 4,737 men. The study said the difference was probably reflected by “the fact that men in urban areas are often away from their households for employment”. 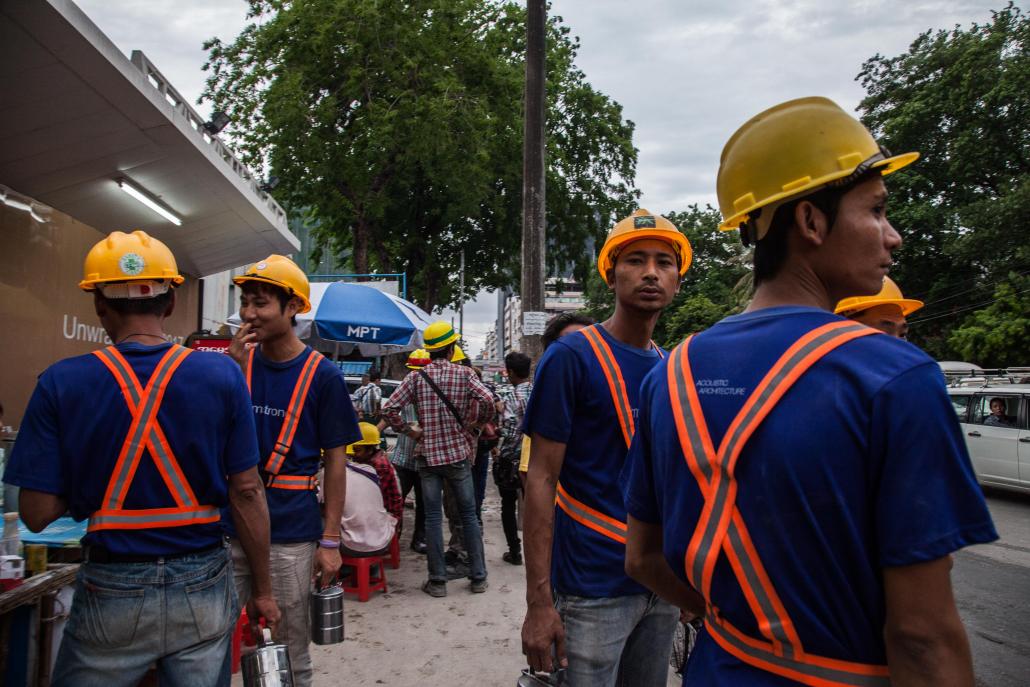 It is accepted as normal in Myanmar that many men will engage in work that is potentially dangerous in order to provide for their family. (Theint Mon Soe aka J | Frontier)

It has become the norm in society that many men engage in work that is potentially dangerous. It passes by unquestioned because we are accustomed to these ideas. But what if we were to question them? The notion that a man should do physically strenuous work as well as be the sole provider of the family; that it is normal for a man to ignore health concerns and not engage in self-care; that it is not acceptable for men and boys to express their emotions or cry.  Why does society allow men to abuse alcohol, tobacco and drugs, and dismiss it as “boys will be boys”?

If we are willing to fight for women’s social wellbeing and equality, then why are we not also defending the wellbeing of men? Why are we not questioning the idolisation of the “macho man” when it pigeonholes men into roles that have negative impacts on them? What if we encouraged men to be more aware of their physical and mental health? What if we taught all children that it is ok to cry and ask for help? Rather than teaching only women to be aware of their safety and surroundings, shouldn’t we be teaching men to be aware too?

The notion of yout kyar kaung needs to be challenged, just as we are challenging what it means to be a woman. It is also important to recognise that we are not fighting each other for equal rights, but the institutions that hold these ideals. The same people who tell young women they cannot go out late at night because of the dangers of men are the same people who teach – or at least encourage – boys to be sexually aggressive and persistent.

Without acknowledging problematic issues around masculinity, we cannot move forward on the issue of gender equality. Men have been left out of the conversation and it is time to realise that gender equality is more than just women’s rights, but a fight for all genders and sexual orientations to be free and equal. 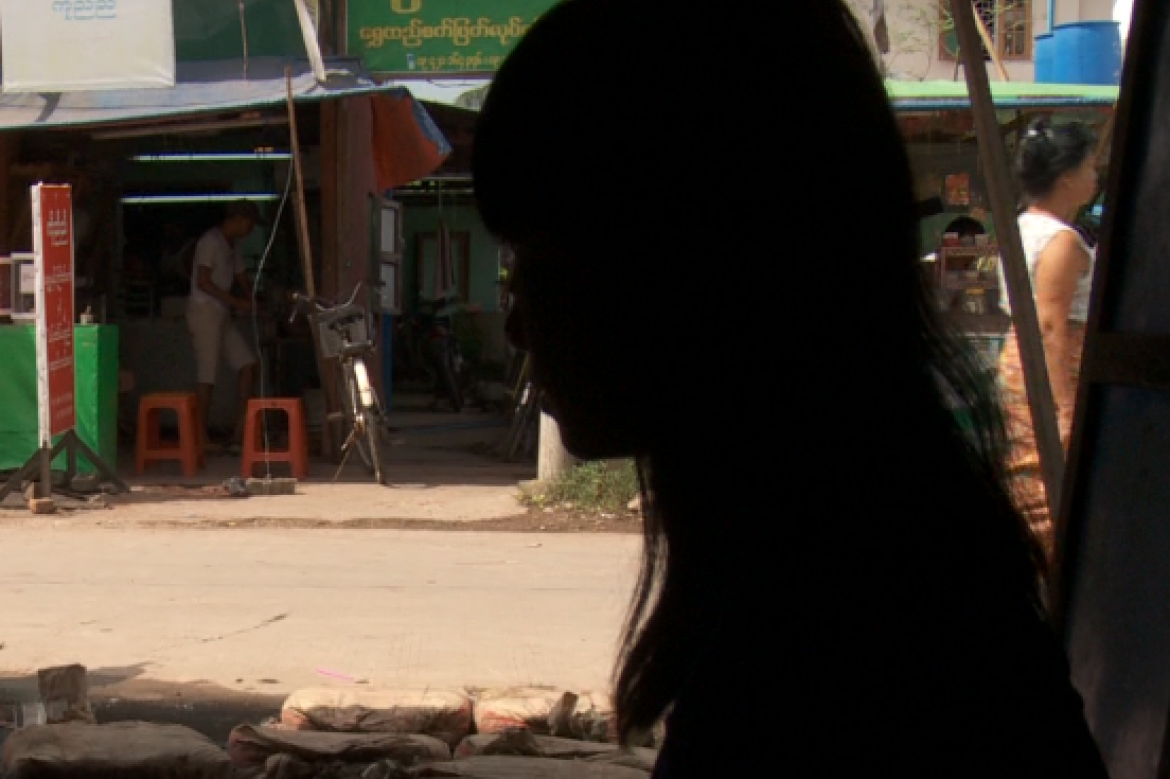