The artist, the Bogyoke and the bank notes

At a secret meeting in London in 1970, General Ne Win ordered bank notes featuring images of Bogyoke Aung San that are the proudest achievements of a famous artist.

IN 1970, U Aye Myint was in Japan at the World Expo in Osaka when he was surprised to be summoned to a secret meeting with General Ne Win in London, where the head of state was on one of his frequent visits.

Ne Win had been impressed by the soaring, traditionally inspired structure with multi-tiered roofs that Aye Myint had designed for Burma’s pavilion at the Expo, and wanted him in London for talks on another project.

The project made Aye Myint, now a frail 86-year-old, one of Myanmar’s most famous designers, in part because it involved one of the country’s most revered leaders.

“I drew the designs of the bank notes with the images of General Aung San,” Aye Myint proudly told Frontier, referring to his role in notes featuring portraits of the Bogyoke that were printed from 1972. They were not the first notes to feature an image of Aung San. His image was first used on a K1 note issued in 1958. 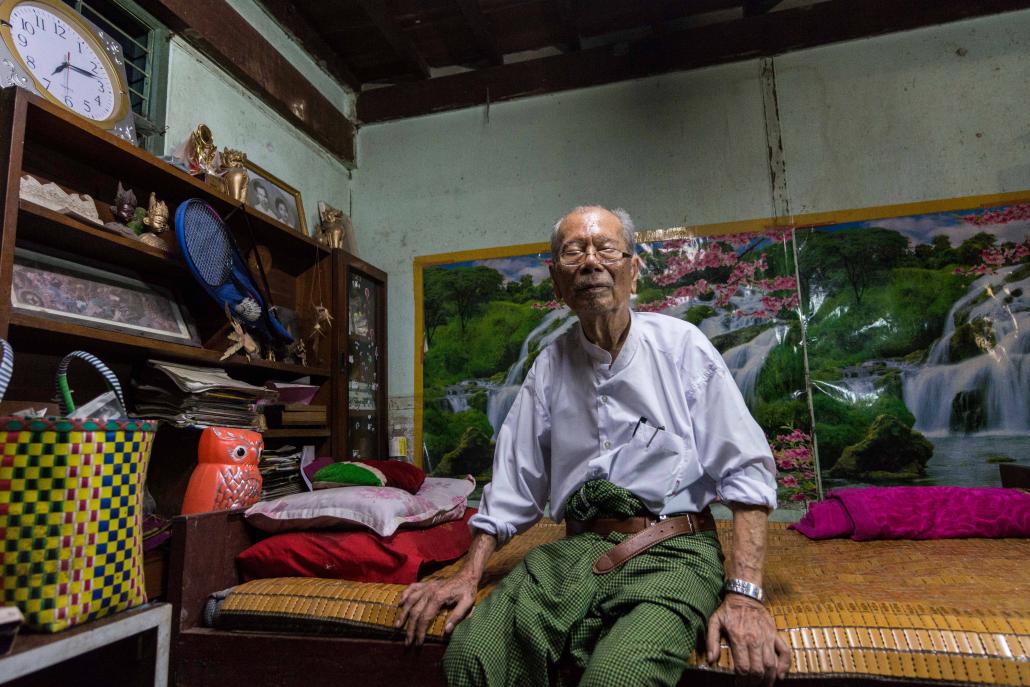 U Aye Myint at his home in Amarapura, on the outskirts of Mandalay. (Teza Hlaing / Frontier)

Aye Myint had been given responsibility for designing the Burma pavilion because he was in charge of design at the Myanma Export and Import Corporation.

“U Ne Win directed the Myanmar embassy in Tokyo to arrange to send me to England in three days. He ordered me not to say a word to anyone; the Myanmar ambassador did not even know what it was about,” Aye Myint recalled.

“I was excited to have to go on such a long distance journey alone. I went there deciding that I would do whatever duty I was assigned and I suspected it might involve my work as a designer,” he said.

As well as Aye Myint, Ne Win had also summoned three military officers to meet him in London. They were Colonel Maung Cho, who was based in East Germany, and Colonel Tin Hla and Major Aung Than, who had travelled from Myanmar.

They had three meetings with Ne Win to discuss the bank notes project. Aye Myint and Aung Than were assigned the task of designing the notes and Maung Cho and Tin Hla were given responsibility for the production.

Aye Myint said Aung Than had studied the art of painting and was a gifted artist. The other two officers, who spoke fluent German, had production experience in East Germany, where the government printed coins and notes from 1952 to 1966.

The discussions with Ne Win focused mainly on the traditional design elements to be used on the notes. Then they travelled to East Germany, where they were given a month to complete the design.

On his return to Burma, Aye Myint was transferred to the government’s Security Printing Works Factory at Wazi, in Magway Region, which printed bank notes and security paper and minted coins between 1972 and 1977.

There was controversy over a K5 note released in 1973 that featured a portrait of Aung San and on the reverse, an image of man climbing a toddy palm.

The controversy arose over criticism by a prominent writer and journalist, Zawana, who said the drawing of the toddy palm was incorrect because it showed separate bunches of fruit.

“Everybody knows toddy-palm fruits are in a cluster. What Zawana said is right. If you pointed out my wrongdoing, I would accept it,” said Aye Myint, who still regrets the error.

“But you can’t amend such a mistake because it’s not like printing a wrapping for sweets or plum toffee,” he said.

The first note designed by Aye Myint and Aung Than featuring a portrait of Aung San was for K25 and went into circulation on September 30, 1972. It was followed that year by a K1 note, on December 30. In 1973, K10 and K5 notes with Aung San’s image, were released in June and October, respectively. The series continued for many years. 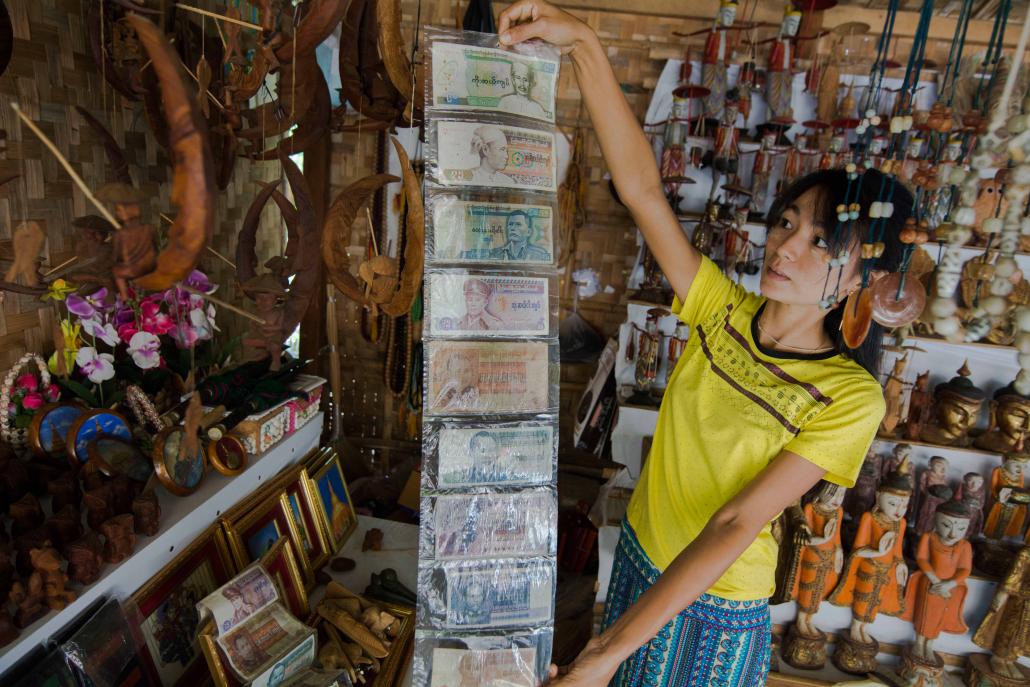 Aye Myint said he designed a K15 note that went into circulation on August 1, 1986, nine years after he quit his job at the Security Printing Works Factory at Wazi.

“I left some usable designs after my departure,” he said, adding that his proudest achievements were the images he created of Aung San.

“I wrote that I wanted to transfer [to the Myanmar Export and Import Corporation] … because it was not easy to live on a small salary in Wazi,” he said, adding that the request angered the head of the Security Printing Works Factory, who began to find fault with his work.

Eventually, Aye Myint said, he was dismissed after his boss discovered that his hobby was collecting photos and paintings of nudes. “He tried to destroy my ability to make a living,” he said.

At the time, many businesses had been nationalised under Ne Win’s Burma Socialist Programme Party government and it was difficult for anyone dismissed from the public service to be re-employed.

“I had the right of appeal. An MP called U Hla Tun Myint Oo, a Rakhine, helped me and sent a letter to U Ne Win for me but it was in vain. I was blamed so that I couldn’t earn a living as a professional,” he said.

A native of Amarapura, near Mandalay, Aye Myint returned there in 1977 after losing his job at Wazi, and tried to make a living creating trademarks for confectionary and other products that were based on traditional designs.

His friends told him he was wasting his talent and his time in Mandalay and at their urging he moved to Yangon, where he lived initially at the downtown flat of an actor, Tun Wai.

Eventually, he found work as the cover designer of Yadanamon Magazine, published by the Young Men’s Buddhist Association. He held the position for nearly 25 years and when he retired the YMBA presented him with a certificate honouring his contribution.

Aye Myint’s designs have also featured on stamps and he is the co-author with noted historian, Dr Than Tun, of Ancient Myanmar Designs, published in 2011.

“I take pride in my profession,” he said, adding he was glad that more recent bank notes continued to use traditional designs.

“Everything we respect should take the front seat, not the back seat,” he said.