Road accidents and fatalities are rising but many Yangon motorists don’t see the need to wear seatbelts – apparently unaware that the devices can protect them from awful injuries, or worse.

THERE HAS been a mixed response from drivers over the enforcement of seatbelt laws from January 1, despite the health and safety advantages of wearing the life-saving devices.

Motorists and passengers who fail to wear a seatbelt are liable to a fine of K30,000 as a result of a decision to enforce a provision of the Motor Vehicle Law.

The National Road Safety Council conducted an education campaign in November and December to highlight the safety advantages of wearing seatbelts. But some drivers in Yangon are sceptical of the apparent benefits.

U Aung Yin Htwe, who lives in Insein Township and has 20 years’ driving experience, said he started wearing a seatbelt because of the education campaign.

“But wearing a seatbelt is not really necessary in Yangon because the traffic jams mean it’s not possible to drive at high speed,” Aung Yin Htwe said. “However, we have to follow the rules if the government orders us.”

Road safety experts say though that even the impact from low-speed crashes can cause serious injury. According to some studies, wearing seatbelts in the front seat can reduce the risk of fatal injury by almost 50 percent.

Aung Yin Htwe said he worried that wearing a seatbelt could make it hard to escape from a vehicle in an emergency situation. They are also an inconvenience if a car’s side or rear windows needed to be raised manually.

“We have to take it off to close the windows if we’re driving,” he said.

U Kyaw Lwin Oo, a taxi driver of five years who lives in Hmawbi Township in northern Yangon Region, said he had developed the habit of wearing a seatbelt and also asked passengers to buckle up.

“I remind my passengers to wear a seatbelt and tell them that if they do not and I am stopped by police the fine will be much more than the fare,” he said.

But he too has his concerns. Kyaw Lwin Oo said passengers wearing seatbelts might be more vulnerable to being robbed by unscrupulous taxi drivers.

“Safety on the roads is not just about wearing seatbelts,” he said. “The government does nothing about robberies against passengers, but nevertheless we follow the rules from the government.”

U Naing Lin, from Thaketa Township and who has been driving a taxi for a year, said he had begun wearing a seatbelt after receiving a caution from traffic police, although he found it uncomfortable and felt that it restricted his vision.

Naing Lin shared the view that wearing seatbelts in downtown Yangon was unnecessary because of slow traffic speeds due to congestion.

“It’s more important to wear seatbelts when driving on highways,” he said, because vehicles are likely to be travelling faster than in cities.

U Chan Myae Oo, who lives in Yangon’s downtown Latha Township and has been driving a taxi for about seven years, said wearing a seatbelt made him feel safer but he does not order passengers to wear the devices.

Chan Myae Oo said seatbelts can prevent people from being thrown from a vehicle in head-on collisions at speed, but such accidents were unlikely in Yangon because congestion slowed traffic down.

Lieutenant-Colonel Aung Ko Oo of the Traffic Police Force said 31 teams of traffic police officers had been involved in the education campaign in Yangon as part of a country-wide project.

Traffic police figures show there were 4,233 road accident deaths nationally in 2015, when 15,046 road accidents were reported.

Myanmar has the second highest road accident fatality rate in the World Health Organization’s Southeast Asia region after Thailand, according to figures from the United Nations agency. 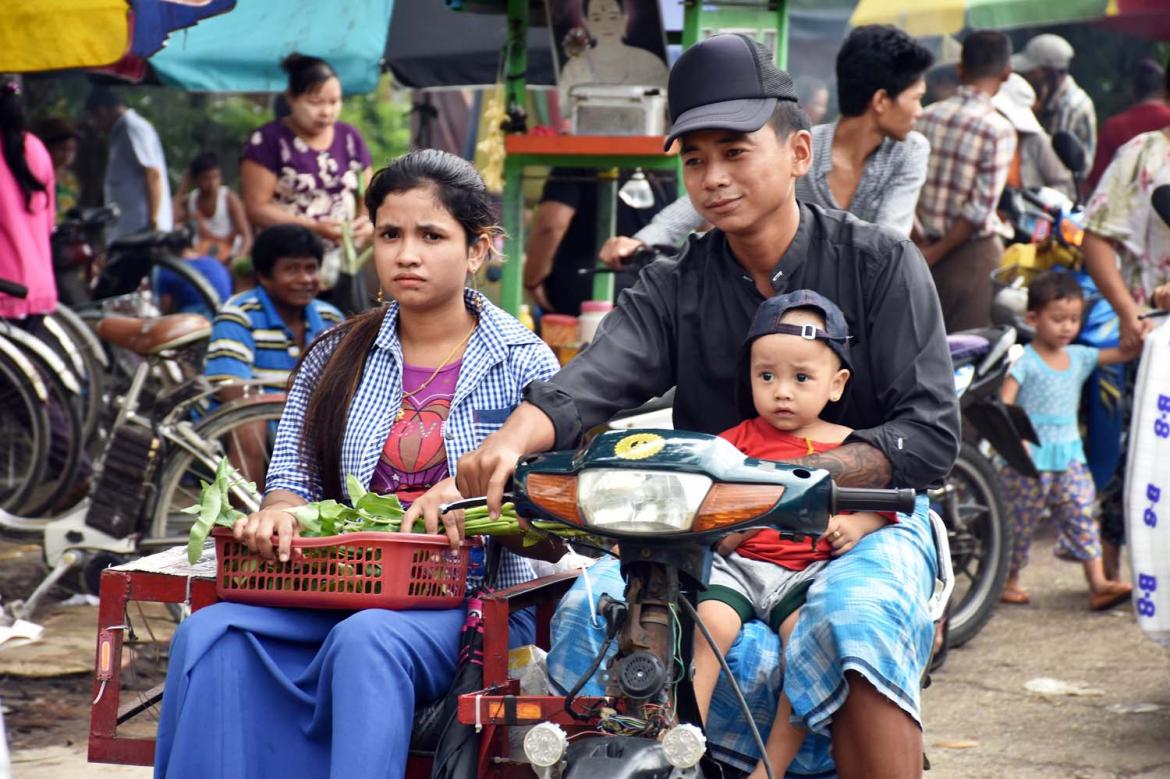