A recent tourism ministry order to companies in Dawei not to rent motorbikes to foreign visitors threatens to derail the town’s status as an emerging tourism destination.

ONE OF the first things that visitors see when entering the arrival hall at Dawei Airport is a sign advertising the area’s highlights. Underneath a photo of a beach sunset, the sign lists some of the most popular activities that tourists can undertake.

While the picturesque capital of Tanintharyi Region has not traditionally been one of Myanmar’s top tourist attractions, the sign is indicative of Dawei’s status as an emerging tourism destination. It’s particularly renowned for untouched beaches that stretch for miles along the Dawei Peninsula.

The fourth attraction listed on the sign at Dawei Airport is rent a motorbike – many of these pristine beaches cannot be reached by car.

However, this particular tourist draw appears to be in jeopardy after local authorities announced earlier this year that foreign visitors are no longer allowed to hire motorbikes in the town.

In June, the Tanintharyi Region office of the Ministry of Hotels and Tourism sent a letter to hotels, tour companies and other private companies warning them against renting motorbikes to foreigners.

“It’s really bad for tourism,” said Ma Aye Thidar Win, founder of Dawei Panorama Tours. “Dawei is quite new as a tourist destination, and many of those who come here are backpackers who want to hire a bike. If they can’t hire a motorbike they don’t stay as long, and don’t spend as much money.”

U Nyo Aye, a director from the Directorate of Hotels and Tourism in Dawei, said Union of Myanmar Travel Association had lobbied the regional government to stop foreigners from renting motorbikes. After the government agreed to the request, his directorate wrote to township administrators in the Dawei area and instructed them to inform tour operators and individuals they were not allowed to rent motorbikes to foreigners.

He said the ban was for the safety of tourists because they don’t know the area and mostly do not have the appropriate licence. Enforcement efforts were focused on neighbouring Launglon Township, where he said some tourists were known to camp out on deserted beaches and islands.

“If they have an accident, their life could be in danger. They could also be attacked if they go to a deserted area of the beach,” he said.

“The main thrill of renting a motorbike is the freedom and adventure; a car and a guide does not give you freedom, nor adventure,” Fuller told Frontier.

The ban is already having an impact on some tour operators in Dawei. At least one motorbike rental company has closed, while Fuller said Ayinsa Gardens, which offers cooking classes and massages, would take a break from operations this tourism season in part because he worries the motorbike ban will deter visitors.

Fuller said he knew of at least one group of foreign visitors who immediately left Dawei after being told they could not hire a motorbike. Frontier heard of three similar incidents in recent weeks.

Another issue is that the ban is not being enforced consistently. During a visit to Dawei in late October, Frontier was able to hire a motorbike without any problems, and saw several other foreigners riding around town.

A tour operator in Dawei, who spoke to Frontier on condition of anonymity, said that some local companies were following the rules, while others were continuing to rent motorbikes to foreigners.

“For example, you might hire a motorbike from a hotel, but it’s not actually the hotel renting, but the reception staff; often it’s their own motorbikes. Of course that reception staff member didn’t receive the letter [from the ministry] that the manager did,” the operator said.

“This will of course come to a head whenever there’s an accident involving a foreigner,” they said. “Most foreigners are unaware of the current situation, so they could easily get caught up in this even though they don’t know that [hiring a motorbike] is technically illegal.”

The operator said the ban was already having a noticeable impact. “If a tourist is told they cannot hire a bike, some will go over the road and hire from another shop, but some are deciding to leave straight away and spending their money somewhere else.”

TOP PHOTO: A fisherman sits on a jetty near Dawei in Tanintharyi Region. (AFP) 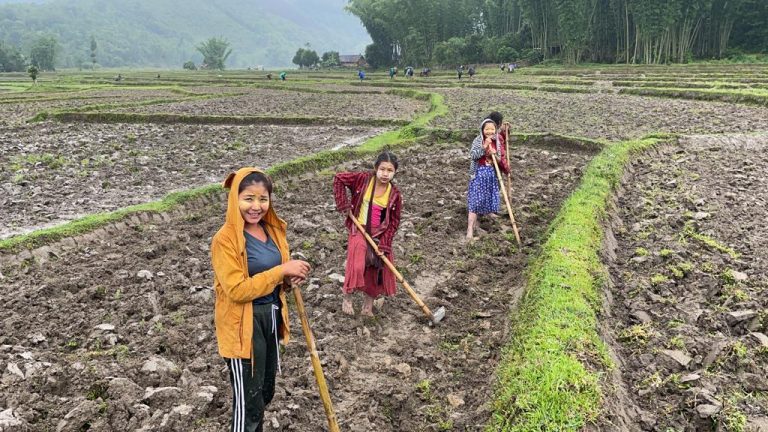 The triple stressors of COVID-19, climate change and the coup have ruptured the political landscape in Myanmar, making it possible to think about the roles of ethnic armed groups in new ways.
BY Ashley South