YANGON — The Goethe-Institut in Yangon cancelled the screening of an Austrian movie about the life of painter Egon Schiele one day before the event, after Myanmar’s censorship board banned scenes in the film containing nudity.

The film, Egon Schiele: Death and the Maiden, about the life of the Austrian artist, who lived 1890-1918, was due to be shown on Saturday evening as part of the annual European Film Festival, which runs until September 30.

Organised by the Delegation of the European Union to Myanmar and the Goethe-Institut Myanmar, the European Film Festival is the longest-running foreign arts festival in Myanmar and aims to promote a cultural exchange between Myanmar and Europe while showcasing the diversity of European cinema.

Every movie screened at a public cinema in Myanmar needs to be approved by a censorship board comprising ministry officials and members of the Myanmar Motion Picture Organization.

This is the case for films in the European Film Festival that are being shown this year at the festival’s second venue, the Nay Pyi Taw Cinema on Yangon’s Sule Pagoda Road.

However, the rule does not normally apply to the Goethe-Institut, because it is a non-profit German cultural association.

“I received the information on the morning of September 21”, said Mr Franz-Xaver Augustin, director of the Goethe-Institut Myanmar. “We are very disappointed by this decision.”

Schiele was famous for his provocative display of female nudity and there are scenes in the film that portray this, though it does not include any sex scenes.

“It is quite surprising that naked skin seems to disturb the censorship board more than the brutal violence we often see in American movies,” Augustin said.

Initially, the censorship board wanted to censor the scenes involving nudity on-site, during the screening of the film.

“But we want to keep our independence and we do not accept censorship in our institution, therefore we decided not to screen the movie at all,” Augustin told Frontier.

“Ironically, this movie also is about censorship,” he said. Schiele’s art and lifestyle challenged social conventions at the beginning of the 20th century.

The deputy head of the Austrian Embassy in Bangkok, which is responsible for Myanmar because Austria does not have an embassy in Myanmar, said she was very disappointed.

“We deeply regret the decision of the censorship board, especially since the movie is about an artist who fought against censorship 100 years ago,” Ms Judith Schildberger told Frontier.

Today, Egon Schiele’s paintings are displayed in museums around the world.

“We are very concerned by this restriction of freedom of expression, which is symptomatic of the current direction of the country,” Schildberger said, pointing to the sentencing of Reuters reporters Ko Wa Lone and Ko Kyaw Soe Oo to seven years each in prison on September 3.

“This is the first time Austria has submitted a movie to the European Film Festival in Myanmar and we were told that it would not be vetted by the censorship board beforehand as it would only be screened at the Goethe-Institut,” Schildberger said.

However, Augustin is not totally surprised by the ban. “We knew that we wouldn’t be able to show this movie at Nay Pyi Taw Cinema, which is why we planned to show it only at the Goethe-Institut,” he said. 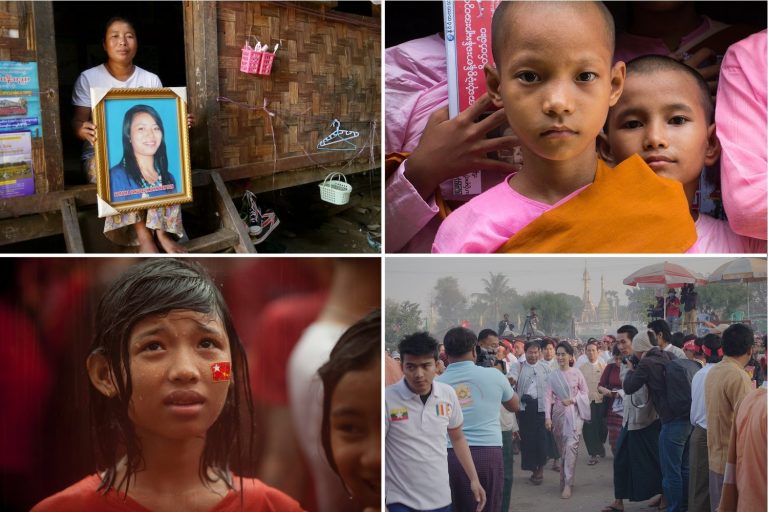