The Australian co-founder and former chief executive officer of the Myanmar Times, Mr Ross Dunkley, was sentenced to 13 years’ imprisonment on drug charges by a Yangon court on August 7.

Yangon Western District Court also imposed a 13-year sentence on Dunkley’s housemate and business partner, Mr John McKenzie, after convicting them of “possessing, transporting, transmitting, and transferring a narcotic drug or psychotropic substance for the purpose of sale” under section 19(a) of the 1993 Narcotics and Psychotropic Substances Law, for which the minimum penalty is 10 years’ imprisonment.

The court also sentenced five Myanmar nationals to 11 years’ imprisonment each under section 21, for conspiring or abetting to commit an offence under the law.

The sentences at the end of a lengthy trial follow the arrest of nine people during a dawn police raid on Dunkley’s home in Yangon’s Bahan Township on June 6, 2018, during which a large amount of drugs was seized.

A police report at the time said the drug haul included 797 WY-brand methamphetamine pills, 313 grams of crystal methamphetamine, 16.5 grams of marijuana and 0.1 grams of heroin. Also seized was an unspecified amount of foreign currency, 10 mobile phones and a Range Rover.

Two of those arrested during the raid, a guard and a housemaid, were subsequently released without charge.

After the verdict was handed down the five Myanmar shouted and cried, and said the sentence was unfair.

Frontier asked Dunkley and his lawyer if they planned to appeal against the verdict but they declined to answer.

Dunkley and McKenzie have been held in Insein Prison since their arrest and are understood to have spent most of their time in its hospital.

It is not the first time Dunkley has spent time in Insein. He was held there for 47 days in 2011 while on trial for assaulting a woman and visa offences, for which he was sentenced to a month’s imprisonment and released due to time served.

In 2000, Dunkley co-founded the Myanmar Times – at the time the country’s only privately owned newspaper with foreign investment – with U Sonny Swe, who is the publisher and joint chief executive officer of Frontier Myanmar and no longer associated with the Myanmar Times. 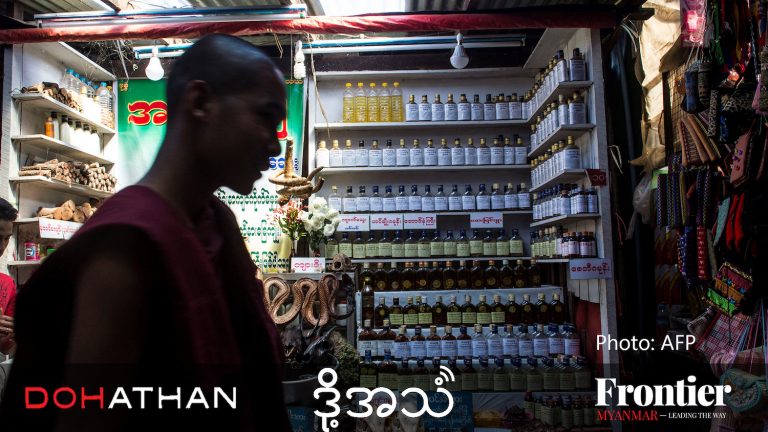 With Myanmar’s healthcare system in disarray since last year’s coup, many “traditional medicine” practitioners are filling the gap and using the internet to offer “miracle cure” products and services, which may be putting lives at risk. Legal experts say the country does not have strong enough laws to tackle the issue.
BY Frontier