Rakhine is Myanmar’s least-developed state, with a 2014 World Bank assessment finding that almost eight out of 10 people live in poverty. Enabling rural residents to achieve financial viability is essential for the economic stability of Rakhine villages and the food security of their communities.

Today, U Tun Tin knows how to make his money work for his family. As the recordkeeper for his village savings and loans association (VSLA) his life has gone from debilitating debt to financial security within a year.

“Before Tat Lan introduced savings and the VSLA to our village, I relied on the moneylender and had to pay 10 to 15 percent interest on my loans every month,” says Tun Tin. He recalls his desperation when three of his fishing nets were in tatters and he had no money to fix them. “All of our group owed money to the moneylender. Now, no one does.”

Tun Tin lives in Ah Lel Kyun, a village of 358 households in Rakhine State’s Myebon Township. Community members established four VSLAs because they wanted a place to save money but lacked access to formal banking facilities. These associations have now helped 100 households – nearly one-third of the population – to emerge from debt.

Save the Children has established 297 VSLAs in Rakhine State villages covered by the Tat Lan programme. The associations provide access to basic financial services, money management knowledge and budgeting skills.

They were created in response to the 2014 Tat Lan baseline survey, which revealed the average monthly income for a household of four people was K74,128 (about US$55). At K600 (less than 50 cents) a day for each family member, this was well under the baseline used to measure extreme poverty. More than half of the people surveyed said their income did not meet their expenses due to relentless financial demands, with food the single greatest cost.

For every 100 people questioned, 96 were not able to save any cash. They had no reserves for an emergency and could not invest in their future. This created dependence on moneylenders. Three out of four households said they had taken loans from different sources: family and friends, credit suppliers, shopkeepers and community moneylenders, who charge interest rates of up to 25 percent a month. In contrast, the VSLAs offer loans of three-month duration, incurring interest ranging from 2.3 to 5 percent a month. 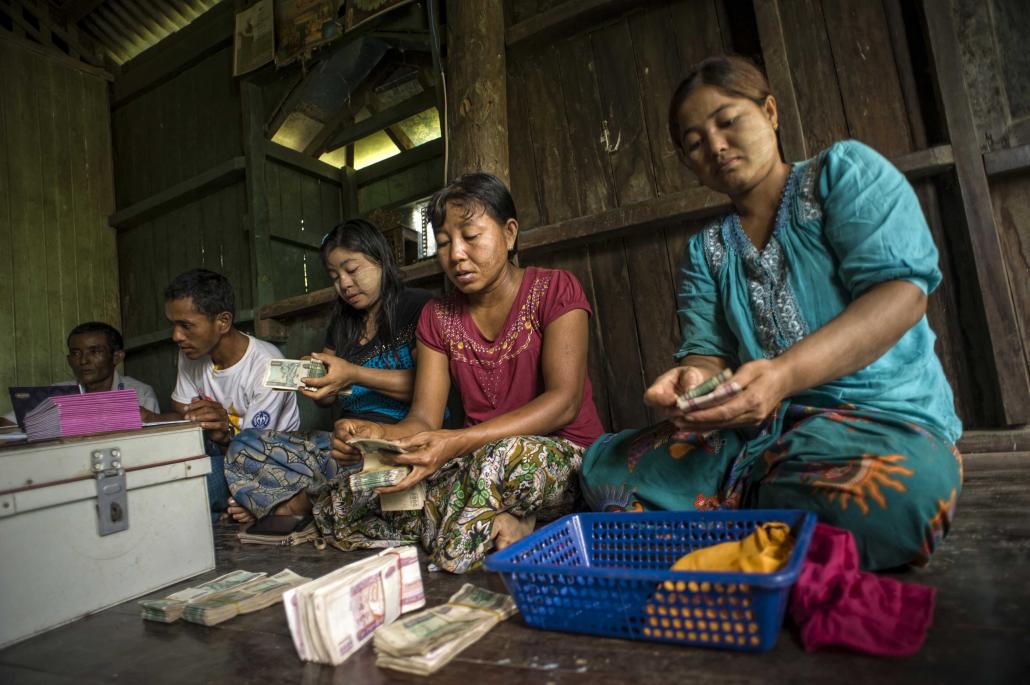 In 2015, a financial education needs assessment found six out of every 10 households held up to four loans at a time. In order to get some control over their financial future, residents of remote and isolated communities clearly needed both a means of saving, and access to affordable and well-managed loans.

As a member of a VSLA management committee, Tun Tin receives financial management training, where he learns how to resolve conflicts and other issues that might challenge his savings group.

“When our group formed we focused on unity and working together as a team,” he says. His team includes a chairperson, bookkeeper, recordkeeper, two cashiers and three key keepers. The savings box has three padlocks to protect the savings, ensure transparency and encourage trust between the members.

Financial services adviser to Save the Children, Ms Sharon Mosin, says VSLAs encourage villagers to meet one another’s needs for budgeting support and social protection. Every savings meeting begins with contributions to the social fund, which members can access in an emergency. Loans from the social fund have to be repaid within three months, but they incur no interest.

“VSLAs cultivate savings habits, personal discipline and social capital by bringing people together around a common purpose, enabling them to build relationships of trust,” Mosin says.

After one year, Tun Tin’s savings group created an investment fund that paid every member a profit. All shareholders received not only the lump sum of their savings, but also 17 percent interest on whatever they have saved.

This extra cash enabled Ma Than Tin Moe, a mother of twins, to invest in her business and to buy her husband a net for catching prawns. The 25-year-old says she has learned to budget and to invest in her clothing business, which returns a sufficient monthly profit to cover her son’s education and food. “I give my boys fish and vegetables in the morning and at night. We have two meals a day.”

These two family stories are representative of the 6,525 savers in the Tat Lan programme across 168 villages in Pauktaw, Minbya, Myebon and Kyaukphyu townships. To date, savings of K1 billion (about US$730,000) have financed almost 27,800 loans totaling K1.7 billion. About 83 percent of savers are women.

Savings and loans associations have also enabled villagers to get a credit rating, as they can prove their ability to repay loans. Research shows the repayment rate of VSLA loans is the highest in the microfinance industry, and in Tat Lan this rate is 99.4 percent.

Tun Tin’s first VSLA loan enabled him to repair his tiger net, and he immediately caught enough prawns and fish to repay the loan. But it was his second loan, to repair two other nets, that turned his life around. Within a month he had repaid all of his debts and saved enough to buy a pregnant pig. He looks at his pig with a smile as he anticipates the birth of 10 piglets. “I now feel secure and believe I know how to build a financially secure future for my family,” he says. 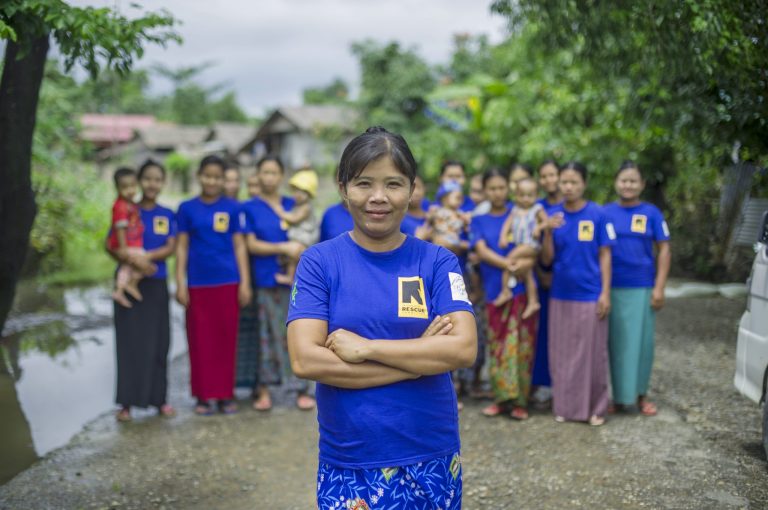 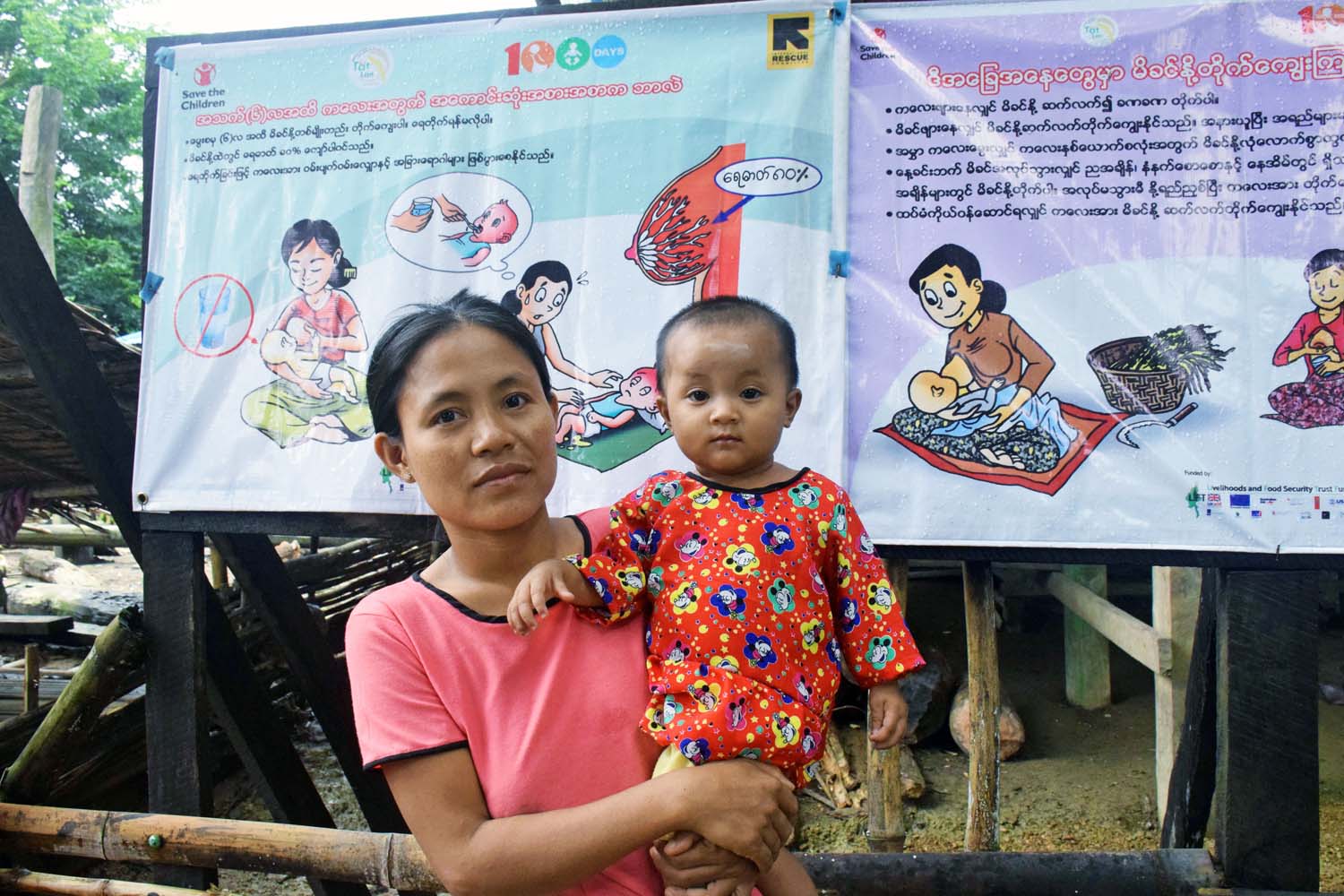 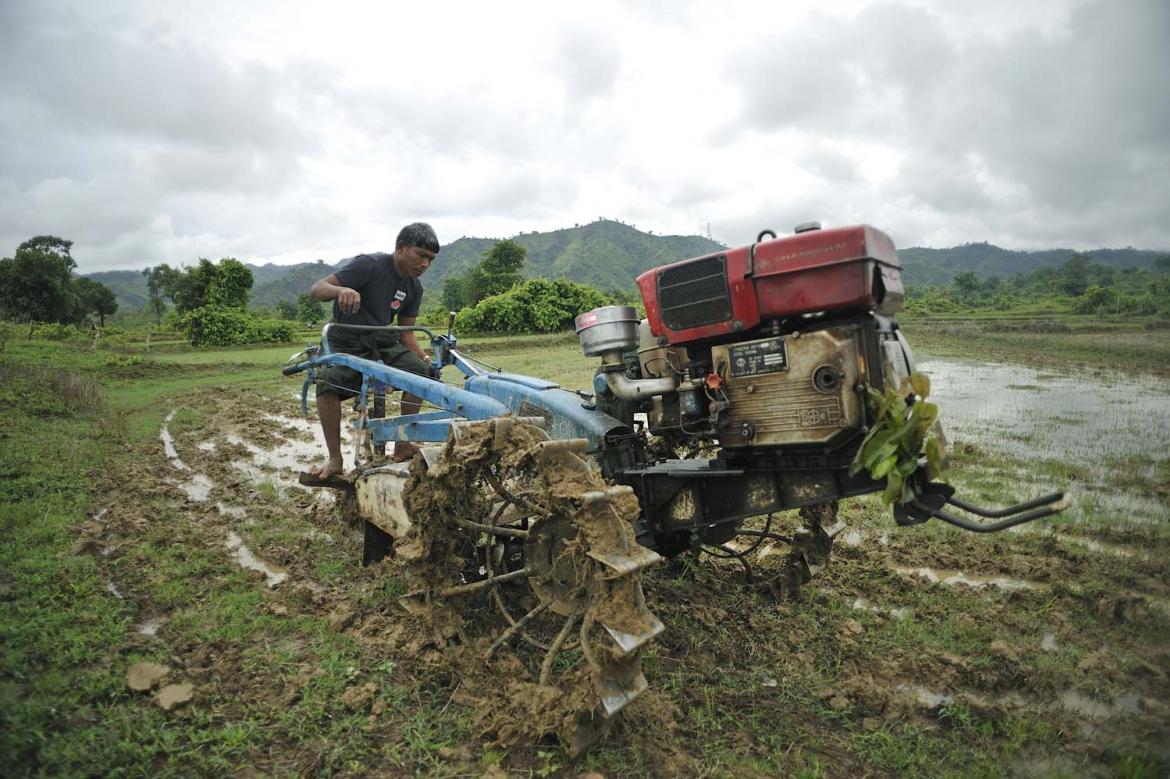 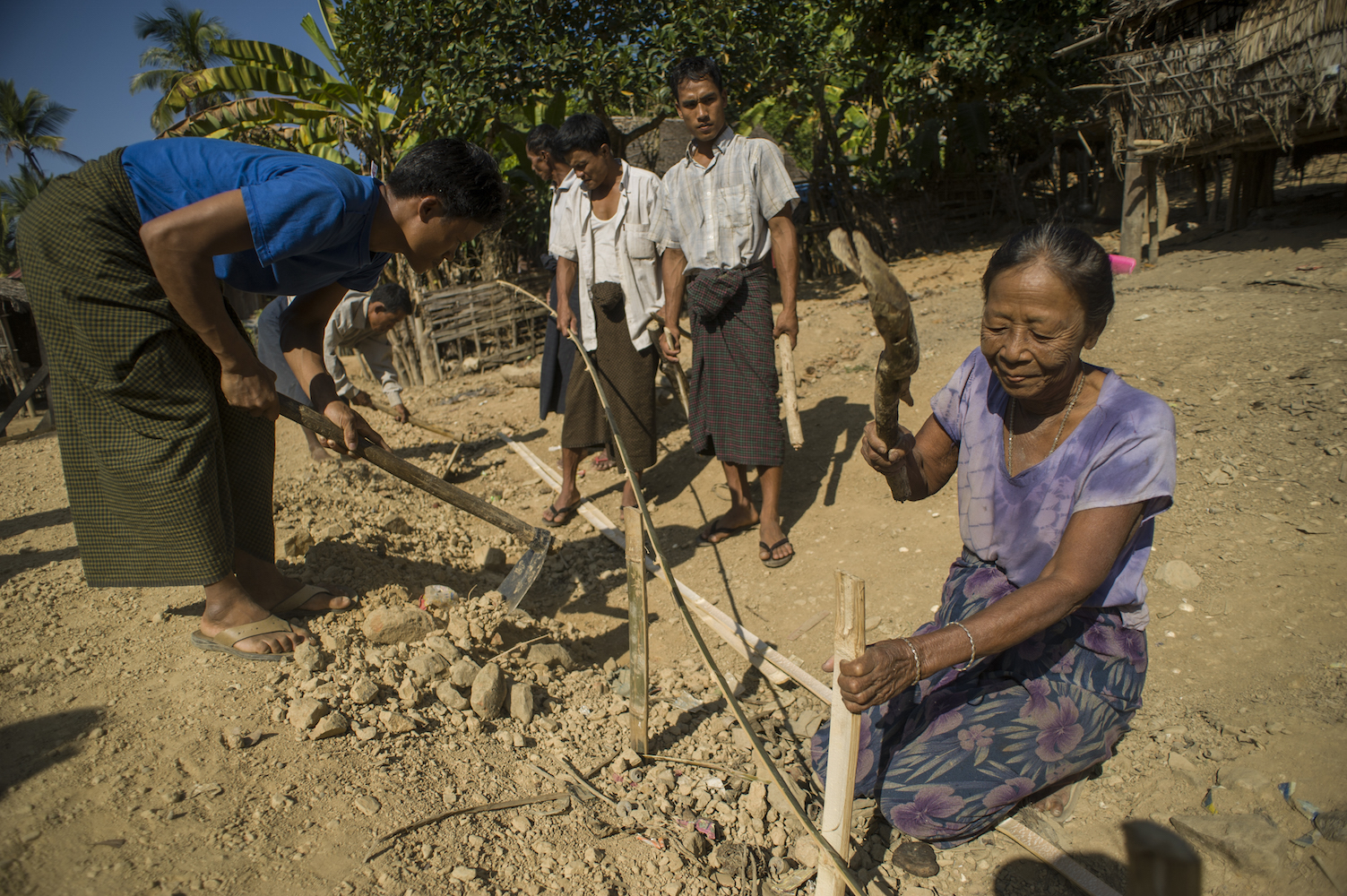