A parade of Presidents Past

Frontier takes a look at those who have led the country since it gained independence from Britain in 1948.

U Win Myint has become Myanmar’s tenth official to assume the title of “president,” although that specific office has meant different things at different times. Here is a brief look back on Myanmar’s presidents in history:

The post-colonial Myanmar government had both a president and a prime minister, only one of which was actually the head of state. Although Sao Shwe Taik’s brief tenure in Myanmar’s top office is often overshadowed by that of Prime Minister U Nu, he became Myanmar’s first president after the 1947 assassination of General Aung San sent the transition to independence into tumult.

As not only a powerful politician but also a Shan prince (of the territory that is now Nyaung Shwe), he was a symbol for unity in a new country ready to fall apart at its ethnic seams.

He said in his inauguration speech:

For a long time, the principal races of Burma…have tended to look upon themselves as separate national units. Of late, a nobler vision, the vision of a Union of Burma, has moved our hearts.

Unfortunately, Sao Shwe Taik’s promise would end in tragedy. Civil wars plagued his and, subsequently, U Nu’s terms. He was arrested during General Ne Win’s 1962 takeover and died in prison in that year.

After being knighted by King George VI in 1947, lawyer and judge Dr Sir Ba U served as the first post independence chief justice of the Supreme Court of Burma before assuming the office of President in 1952 for the late Aung San’s Anti-Fascist People’s Freedom League. However, he served as mainly a figurehead under Prime Minister U Nu, who held powers of head of state.

After a decade serving as chief minister of various governmental offices, Prime Minister U Nu finally appointed Win Maung, an ethnic Karen, to the presidency in 1957.

By then, however, U Nu’s regime was beginning to crumble. Win Maung was finally arrested during Ne Win’s 1962 coup and spent five years in prison. (He death in 1989 was marked by a New York Times obituary of exactly 100 words.) 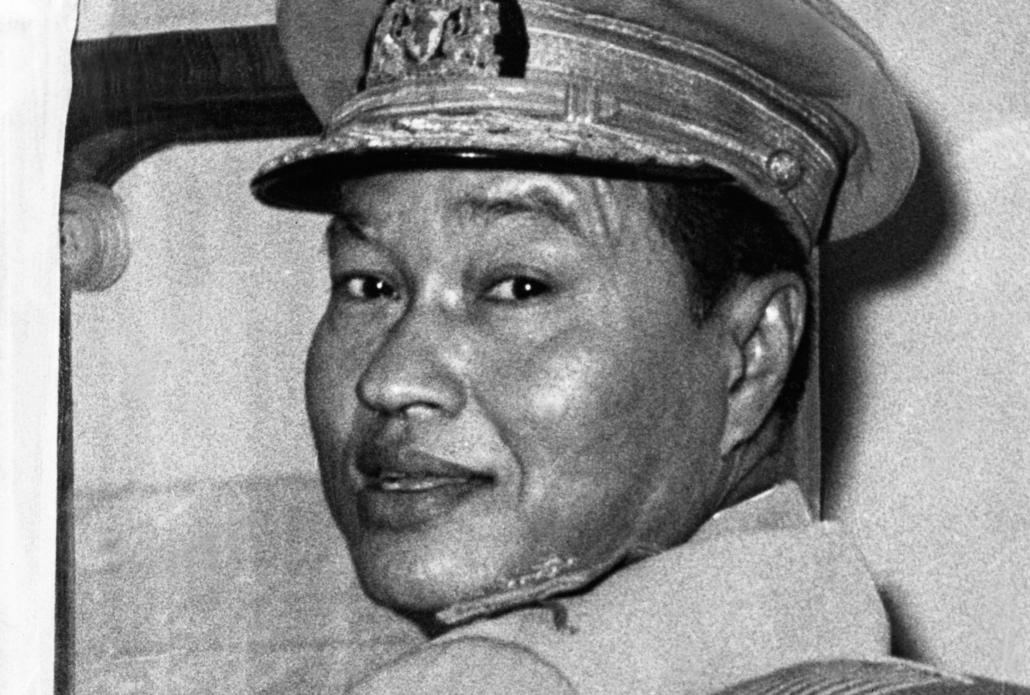 An undated photo of U Ne Win, who ruled the country for more than two decades (AFP)

Perhaps independent Myanmar’s single most important figure (for better or worse), General Ne Win assumed many titles during his three-decade domination of the country, one of which, in 1974, was the first president of the newly-formed Social Republic of the Union of Burma. In this role, Ne Win recast himself as a legitimate civilian leader—though his dictatorial powers remained basically unchanged. During his term, raging civil wars and devastating isolationist economic policies continued to drive the country into ruin.

A model military man, San Yu rose swiftly through the ranks of the post-independence Myanmar army, eventually becoming one of Ne Win’s right-hand men. Following the coup, he served as a member of Ne Win’s Union Revolutionary Council and replaced Ne Win as Myanmar’s quasi-civilian president in 1981.

Ne Win himself continued to hold the real power as chairman of his Burma Socialist Programme Party, although he would eventually appoint San Yu as party vice chairman, cementing his position as the regime’s undisputed second fiddle.

However, like his benefactor, San Yu resigned in 1988 and vanished from public life, spending the rest of his days in quiet comfort and religious pursuits. He died in 1996.

A member of Ne Win’s own 4th Burma Rifles division, Sein Lwin spent the Ne Win era developing a reputation for brutal crackdowns on dissenters starting in 1962, when he oversaw the massacre of 130 protesting students. During the 1988 uprising, he led riot police against a demonstration near Inya Lake that left dozens of students beaten to death or drowned.

He assumed the office of president after Ne Win and San Yu resigned that same year, and the brutal crackdowns during his 16-day term earned him the nickname “Butcher of Rangoon.” Perhaps bowing to public anger at his appointment, Sein Lwin stood down in a matter of weeks. 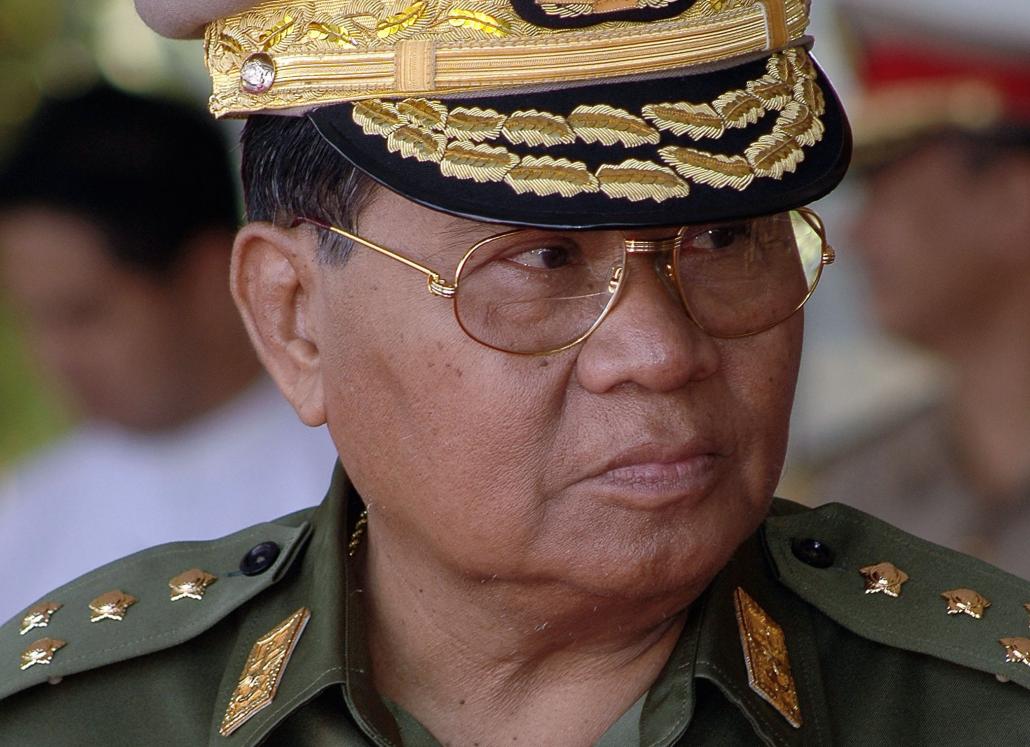 As a lawyer and judge, Maung Maung helped shape the policies, reforms and re-reforms of the Ne Win era. Amid the 1988 uprising he became the last president of pre-democratic Myanmar, although he could not sate the unrest and turmoil that became the pretence for a new military regime.

Following the 1988 uprising and a failed general election in 1990, Myanmar spent twenty years with no president. The State Law and Order Restoration Council and subsequent State Peace and Development Council were led by General Than Shwe (who seized power from General Saw Maung in 1992).

Than Shwe’s attempts to liberalise Myanmar’s economy and re-brand the nation with a new, anti-colonial identity were sabotaged by staunch international economic sanctions in response to the endemic corruption and human rights abuses of his regime.

A loyal military man, in 2010 Thein Sein was appointed as the first president of a democratic Myanmar by the military-backed Union Solidarity and Development Party.

Although his presidency began with the asterisk of alleged widespread election fraud by the UNDP, his five-year term is characterised by the gradual liberalisation of Myanmar during which Daw Aung San Suu Kyi was released from house arrest, international sanctions were lifted, foreign investment increased and pre-publication press censorship ended. It culminated in a successful general election in 2015 and transfer of power to the opposition National League for Democracy. 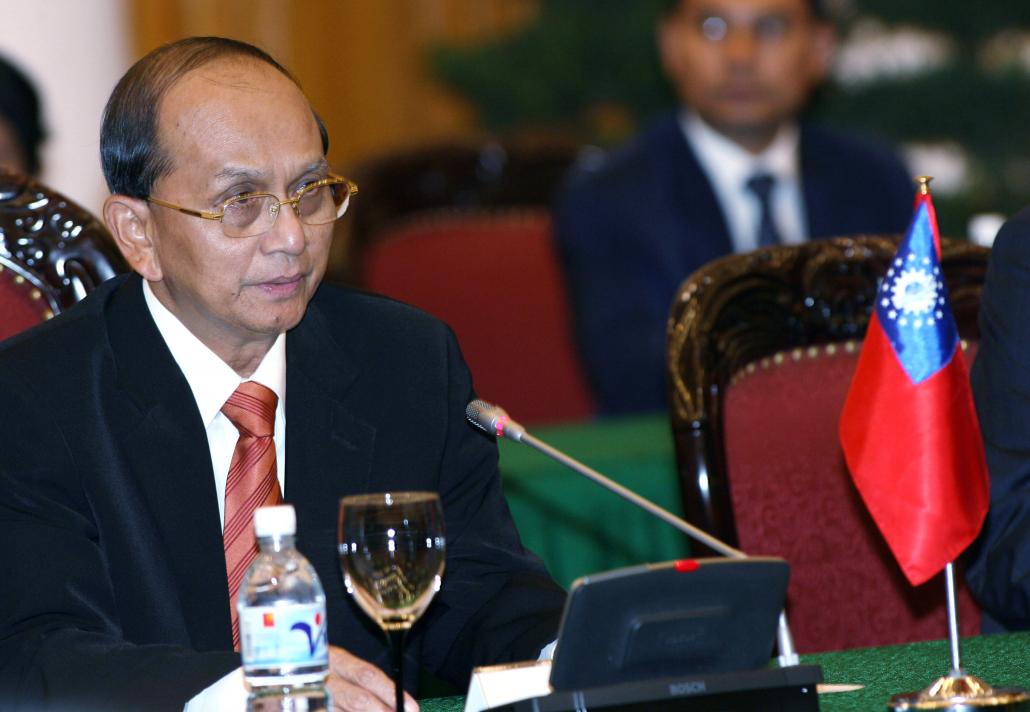 Former army general U Thein Sein, who oversaw significant reforms between 2011 and 2016 (AFP)

After the National League for Democracy won a majority of parliament seats in the 2015 general election, it appointed Htin Kyaw as the first non-military backed president since 1962.

An early political ally of Aung San Suu Kyi (even serving a brief prison stint in 2000 for helping her travel outside Yangon), his tenure was generally overshadowed by the state counsellor—who had even boasted that she would be “above the president.”

Nevertheless, Htin Kyaw helped oversee a continuation of the political and economic developments of the Thein Sein era, although his administration struggled to live up to the lofty expectations for the NLD and suffered political black eyes, including the recent military operations against minority Muslims in Rakhine State.

Another fervent NLD loyalist who served a prison sentence for participating in the 1988 anti-government protests, Win Myint was elected to a seat in the House of Representatives for Tarmwe township. As lower house speaker, he gained a reputation for running a tight ship, putting the administrative whip to MPs of any faction. It remains to be seen if he can bring the same vim and vigour to an administration hence totally dominated by Aung San Suu Kyi.