A brighter future for young jobseekers

Economic reforms and an easing of sanctions have created a better employment outlook for young people in Yangon and other urban centres.

HOPEFUL young men and women in search of their first job filled a hall at the National Management Degree College in Yangon’s Botahtaung Township during a youth employment fair on June 25. Students organised the jobs fair, the second such event to be held at the state-run college.

As a group of students and teachers waited for the fair to begin at 9.30am, employers in search of fresh talent were busy putting the finishing touches to their booths. The four-storey building was lively with chatter as light rain began to fall.

The optimism and excitement highlighted one of the positive impacts of the reforms that have swept the country over the past five years. In the past, job opportunities for people of all ages were limited due to decades of economic mismanagement under military rule that turned Myanmar from one of the richest countries in Southeast Asia to one of the poorest. Instead, millions of citizens moved abroad to work, while many of those who stayed at home remained mired in poverty.

The economic sanctions imposed on Myanmar for many years by Western countries also had a negative effect on job opportunities, among both professionals and blue-collar workers. Trade sanctions imposed by the United States in 2003 cost tens of thousands of jobs in the garment industry, while the banking and finance sector grew at a glacial pace.

The employment outlook has brightened since the U Thein Sein government launched economic and political reforms in 2011 and the US and the European Union began easing sanctions in 2012. Young people, especially those in Yangon, the country’s commercial hub, are more optimistic about their future.

“Myanmar is undergoing an economic transition and businesses are increasingly in need of qualified employees,” said Mr Eugene Quah, chief executive of EduLink Australia, a private school in Yangon. “Companies should take into account an individual worker’s strengths, weaknesses and interests, as well as plans for the future.” 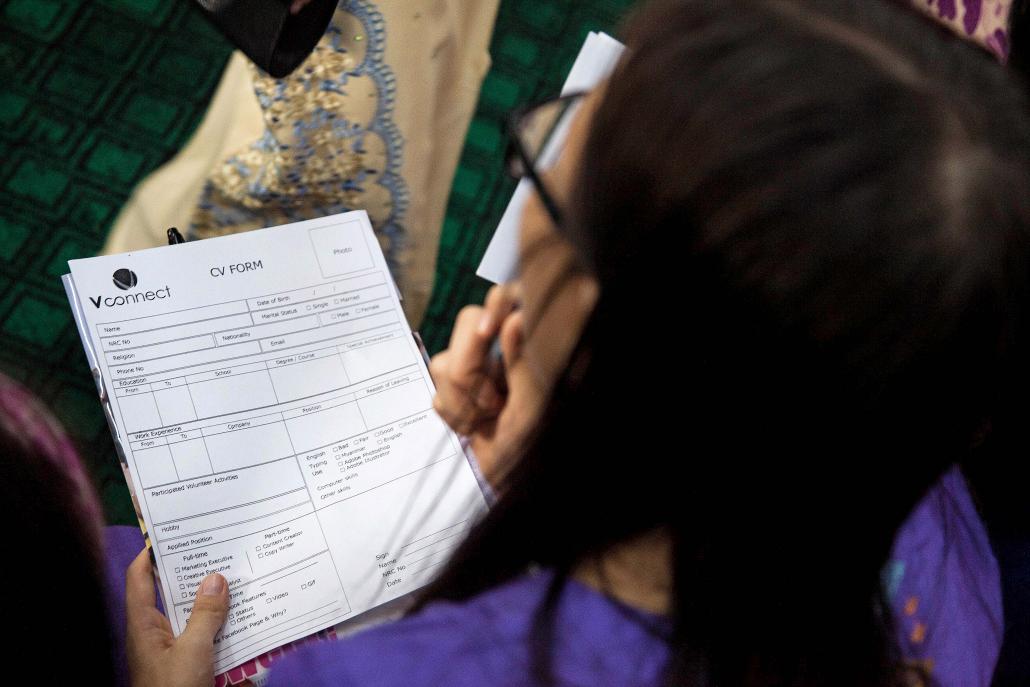 Mr Matt De Luca, managing director of JobNet.com.mm, believes that job prospects have improved, particularly for young people looking for their first job and the middle-aged who have some previous experience.

“Many companies have started creating junior positions for youths that give them opportunities later in their career,” he told Frontier.

“Skills can be taught, but what’s more important is a good attitude,” De Luca said.

Apprenticeship programs, for example in tourism and journalism, were also helping to improve job prospects for young people, he said.

“I have gained a lot of experience [from an internship],” said Ma Ngu War Thin, who is in the final year of a four-year journalism course at NMDC and interned for three months at Yangon-based publication Myanmar Insider.

“It was difficult balancing the internship with my studies, so I found meeting deadlines difficult,” Ngu War Thin told Frontier. However, she expects that the internship will make it easier for her to secure a full-time position after she completes her studies.

Ko Thet Swe Win, co-founder of the Centre for Youth and Social Harmony, said young people in rural areas were increasingly turning away from farm work in favour of jobs in urban centres. 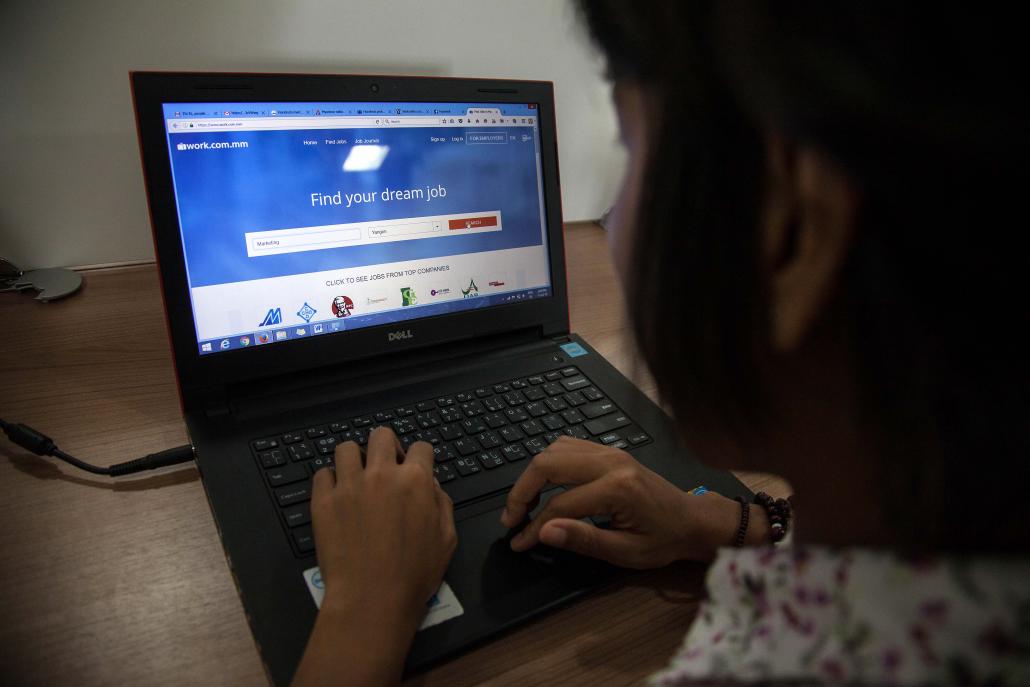 De Luca said an estimated 500,000 people a year were moving from the countryside to Yangon to find work.

“There is an increasing demand for blue-collar jobs,” he said, referring to positions involving manual labour, such as construction or manufacturing.

De Luca said the most promising sectors for young job seekers were in engineering, marketing, statistics and human resources.

“It has been interesting during this year,” he said. “We are seeing a professionalisation in human resources, such as negotiation of salaries. Additionally, many companies are now recruiting using online channels and the flow of human resources is moving quickly.”

Some young people worry about their job prospects, but Ngu War Thin says they can help themselves by seeking work experience in sectors with high employment opportunities.

“You need to prepare yourself to find work,” she said.