When 'rule of law' is an excuse for injustice

There is a reason that there are laws such as the Restriction of Movement and Probation of Habitual Offenders Act: so they can be dusted off when necessary to use against those deemed a nuisance or in need of a lesson.

ON JULY 6, Daw Aung San Suu Kyi said something worth noting. “Our term for rule of law in Myanmar is not rule of law but rule of just law. So we actually make sure that the laws are just,” she said at a rare press briefing in Nay Pyi Taw. “And if any … sectors of the public feel that the laws are unjust then these laws can be amended by the parliament.”

This is an important clarification to make because until the laws of the country are just, abuses can be justified or explained away by citing “rule of law” – those prosecuted broke a law, however vague or arbitrarily applied. That’s exactly the argument the junta put forward for years in response to accusations that it held thousands of political prisoners.

This week, we examine the prosecution of U Michael Kyaw Myint, who made public accusations of corruption against an associate of Yangon Region Chief Minister U Phyo Min Thein.

Aside from the judiciary’s repeated attempts to intimidate our reporting team, to block us from doing our job and to avoid any sort of public scrutiny, there should be no place in democratic Myanmar for a law like the Restriction of Movement and Probation of Habitual Offenders Act, which enables a person to be prosecuted for an alleged offence simply because they have previous convictions of a similar nature.

As we have previously said, we make no judgement about Michael Kyaw Myint’s allegation – it is incumbent on law enforcement to investigate that. But after examining the cases against him, it’s hard not to conclude that Michael Kyaw Myint is being prosecuted as punishment for speaking out – and to silence him.

There is a reason that there are laws such as the Restriction of Movement and Probation of Habitual Offenders Act: so they can be dusted off when necessary to use against those deemed a nuisance or in need of a lesson.

So this redefinition of rule of law from the state counsellor is long overdue and should be welcomed. At the July 6 press conference, she also said that if existing laws were “not in line with our desire for justice and democratisation then we must go through the due process of amending the laws through the legislature”.

On this, though, her government has dragged its feet on human rights-related legal reform. It initially made some progress, repealing the State Security Law from 1975 and the Emergency Provisions Act of 1950, but the legal reform project appears to have lost some momentum this year. The government has dragged its feet on proposing changes to many other problematic statutes, though, most notably the Telecommunications Law. Lawmakers who have sought to raise such issues have often been silenced by NLD leaders.

The process is also dangerously opaque. Aung San Suu Kyi’s government has contracted much of the work to Thura U Shwe Mann’s Legal Affairs and Special Cases Commission. The commission’s activities remain mostly a mystery until draft laws are published in the gazette or leaked. Bill Committees are little better – certainly far less transparent than their predecessors in the previous parliament. There is no proper public consultation process, which should be the cornerstone of any legal reform process.

Under public pressure, the NLD government has slowly taken up the issue of online defamation under 66(d) of the Telecommunications Law. It’s doubtful it would have happened this soon, or even at all, without the public campaign waged by local and international human rights defenders, journalists, civil society leaders and, notably, those who have been previously prosecuted and felt the full unfairness of this clause.

Sadly, the results of this review are not just underwhelming, they are a repudiation of the NLD’s commitments to basic human rights tenets. In some respects, the amendment bill is instead a step backwards.

The people of Myanmar deserve better than this.

This editorial first appeared in the July 20 issue of Frontier.

Security forces have been arresting the relatives of those suspected or charged with crimes when they can't find the suspects themselves. This is illegal, and a fundamental breach of human rights.
BY Danny Fenster 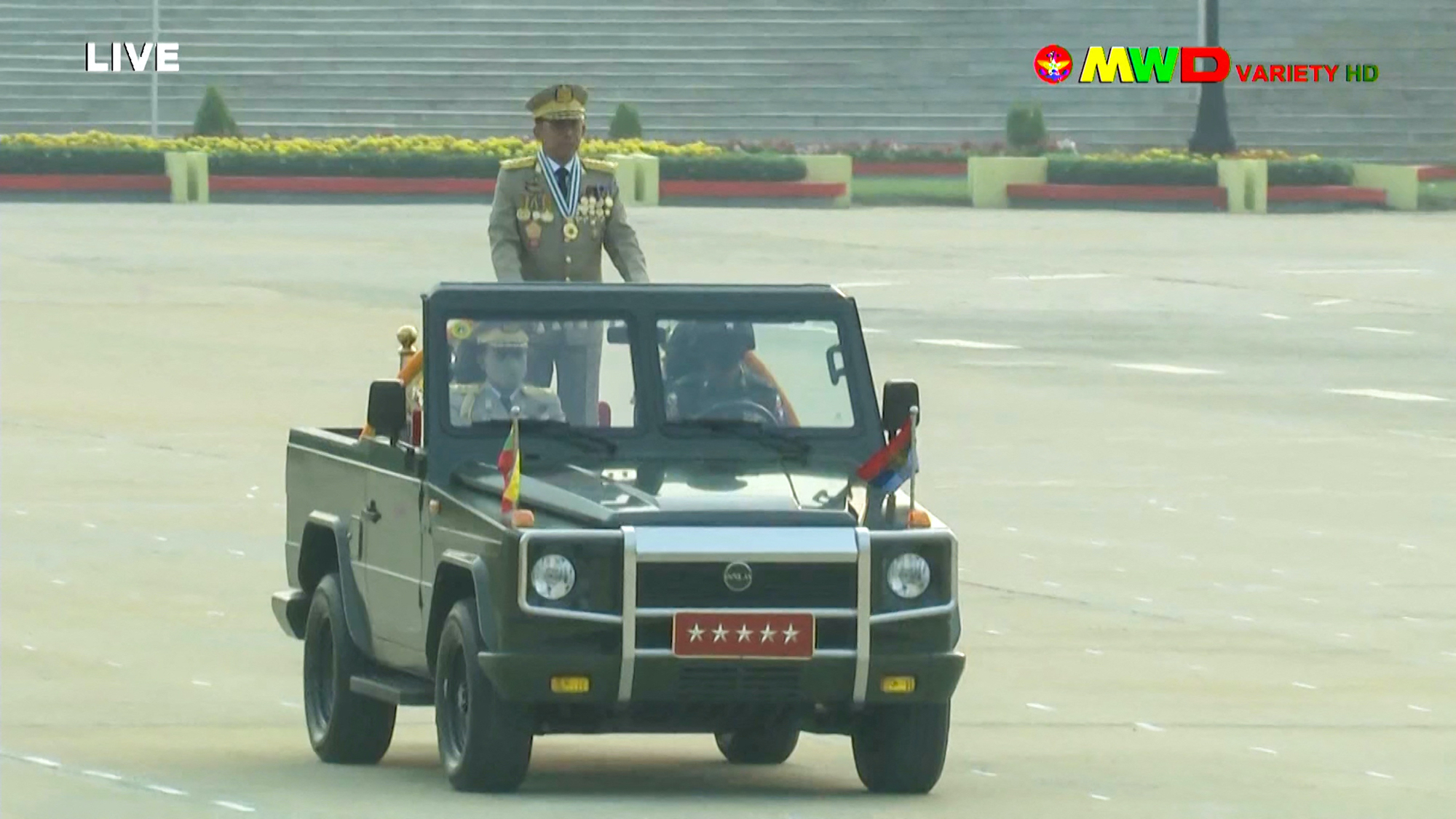 Military puts on show of force as protest-hit nation resists