‘We don’t want the fence’: Residents in uproar over plan to divide Naga communities

Residents of India’s Nagaland say a fence project on the Myanmar border the latest example of foreigners threatening their traditional way of life.

After becoming president, Trump confirmed plans to proceed with the 2,000-kilometre (1,250-mile) wall, costed by the government in February at US$21.6 billion. His decision has exacerbated relations between the US and Mexico and underpinned the rise of nationalism in America.

More than 13,000km (8,000 miles) away, another contentious barrier is being built along a section of the porous and vaguely demarcated border between Myanmar and India. It is an area where anti-Indian insurgent groups are based and smuggling gangs operate with impunity.

The fence between Myanmar and India has aroused nationalist sentiment among the Khiamniungan Naga, the most affected of the 16 tribal groups known collectively as Naga, whose communities straddle both sides of the border.

Unlike Trump’s wall, the sentiment of the Naga on the Indian side of the border is not rooted in the half-baked idea of a former real estate mogul and reality TV star turned president; it is based on Article 371(a) of the Indian constitution. The article guarantees the Naga in the Indian state of Nagaland the right to their customary laws, social practices, religious beliefs and the state’s resources. The article was designed to safeguard any unlawful acts by the government of India that could infringe on the Naga way of life, including the “ownership and transfer of land and its resources”. 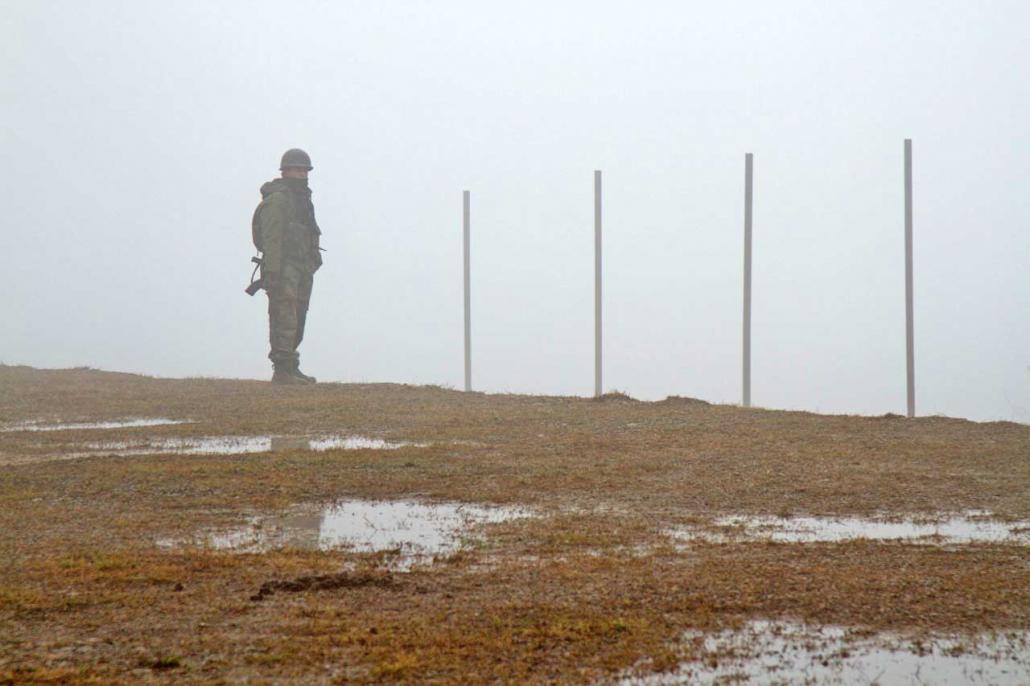 The fence between Nagaland and Myanmar’s Naga Self-Administered Zone, which comprises Leshi, Lahe and Namyun townships in Sagaing Region, has been condemned on the Indian side of the border. The Chief Minister of Nagaland, Mr T R Zeliang, was quoted as saying on February 7 that Myanmar had suspended work on the fence following intervention by New Delhi. In late March, the Nagaland parliament in the state capital, Kohima, appealed to New Delhi to persuade Myanmar to stop the fence project. Prominent Indian Naga political groups, such as the Eastern Nagaland People’s Organisation and the Naga Hoho, have also urged that work on the fence be halted.

They claim the fence will impede traditional activities and customary laws as well as the application of the Free Movement Regime, an agreement reached between India and Myanmar in 1967 – when the border was formally delimited and demarcated – that enables all ethnic groups living along the border to travel up 16 kilometres on either side without visas. The FMR allows freedom of movement for an estimated 300,000 people, including many Naga.

The village of Dan, nestled among rugged, mist-drenched mountains on the Indian side of the border, is at the epicentre of the controversial border fence project. For now work here has halted, leaving a line of concrete support posts. As clouds rolled in bringing early monsoon rain, I had an opportunity to meet the village headman, Mr Noksa, and his wide eyes and incorrigible grin indicated his delight at receiving a foreign visitor.

As I sat down with him, I noticed a thin, denim-blue line running from his bottom lip to his chin, the markings of a traditional Khiamniungan facial tattoo. A fire crackled in the background and smoke drifted to the ceiling as he explained the realities of life for the Khiamniungan Naga in Dan and his dismay at the border fence.

“Of course, the land was gifted by Almighty God,” Noksa said. “Man is just occupying the area. Americans belong to Americans’ land. Indians belong to Indians’ land and Nagas’ land belongs to Nagas. The land here belongs to Khiamniungan tribe. How can it be divided? It will never be possible,” he said.

Over a meal of millet, beans and dried pork, Noksa said the residents of Dan had always farmed land up to eight or nine kilometres inside Myanmar. They farm right up to the next Khiamniungan village in Myanmar, he said.

Noksa’s bright face disappeared behind a cloud of anguish as he contemplated the possible loss of his land on the Myanmar side of the border. He asked why the Indian and Myanmar governments were trying to hurt the sentiments of the local people.

“Those lands belong to us,” Noksa said. “Why is the India government trying to give the land to Myanmar? When the fence is finished the land will go to the Myanmar. We cannot go for cultivation once the border fence is completed,” he said. “We don’t want the fence.” 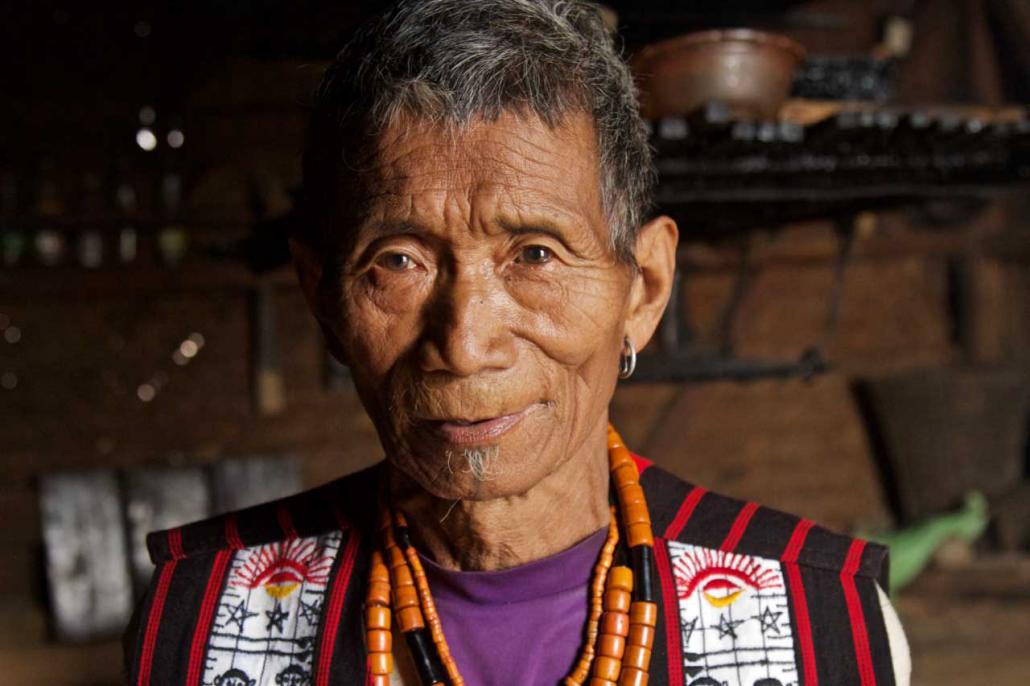 Before the creation of the nation states of India and Myanmar, the Naga homeland – often referred to as Nagalim or Greater Nagaland – included parts of the Indian states of Arunachal Pradesh to the north, the upper part of Manipur to the south and the eastern edges of Assam. In Myanmar, Naga territory extended as far east as Hkamti, in far northern Sagaing, and elsewhere along the upper reaches of the Chindwin River. Naga territory once covered about 120,000 square kilometres; it has shrunk to the 16,527 square kilometres of the Indian state of Nagaland, and the area covered by the Naga SAZ.

The Naga have always seen themselves as independent people subject to no one and have long viewed the Indians and the Burmese as foreign tribes encroaching on their ancestral territory.

Noksa said the Naga were mystified when British colonial administrators came to demarcate the border, looking here and there and leaving a few stone markers. “We didn’t understand the meaning of their actions because there were no interpreters to explain what they were doing. Before we knew it we had become bound to the Indians,” he said.

Noksa believes that Myanmar is not building the border fence unilaterally and that the project also has the support of the Indian government. Many Naga believe that New Delhi is trying to erode Article 371(a), he said. “We will not allow both the Indian and Myanmar governments to construct this border fence,” he said. “If anything happens, any war takes place, we will not be responsible.”

The residents of Dan, and the citizens of Indian Nagaland, are determined not to let their traditional lands again be divided by people they regard as foreigners. Work on the border fence is at a standstill but for the Naga the question remains: For how long will foreign powers continue to abrade their traditional way of life?

TOP PHOTO: An Assam Rifles soldier patrols the border with Myanmar in the Indian state of Nagaland. (Raymond Pagnucco | Frontier) 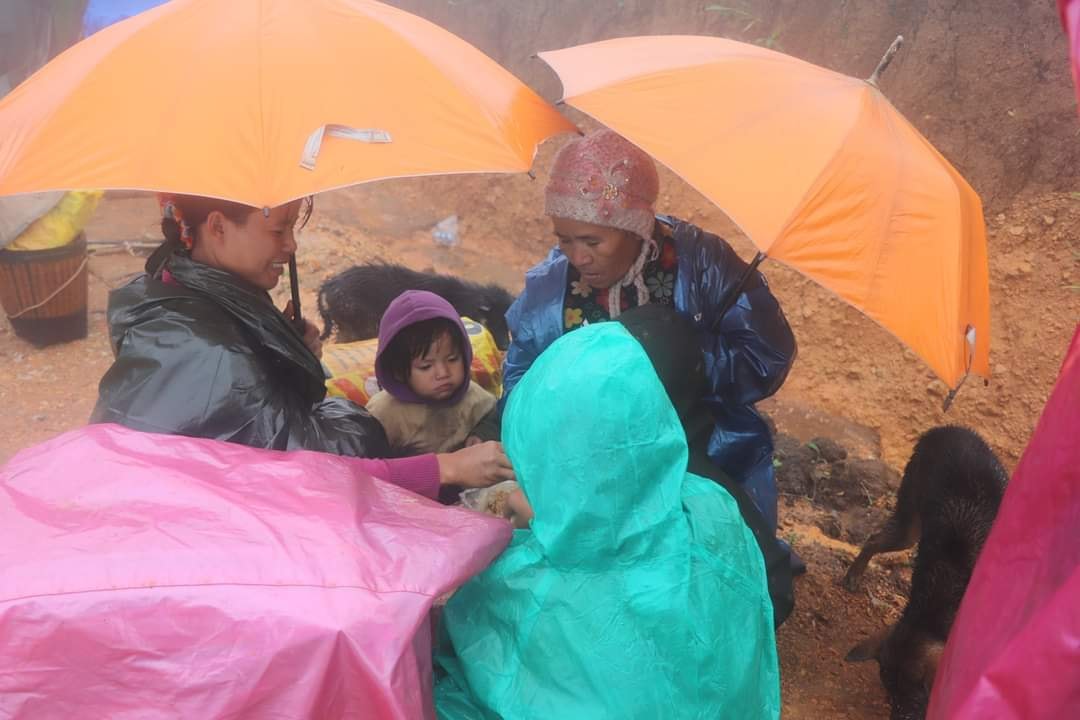