‘We are doing this for the benefit of the people’

IN LATE April, the President’s Office ordered the Union Solidarity and Development Party and other groups to return billions of kyat paid by artisan oil producers that were intended for development projects in Magway Region, but instead used for other activities during the previous government’s term.

On April 27 former Magway chief minister U Phone Maw Shwe sent a letter in response to the government’s request promising to return some of the funds, which total K7.459 billion (US$5.46 million), in installments.

Frontier’s Htun Khaing travelled to Magway to speak with U Nay Myo Kaw, regional minister for Labour, Immigration and Population, about the role the regional government played in the investigation into the alleged misappropriation of the funds, and the importance of spending state-owned funds for their intended purpose.

What is the regional government’s response to the offer by the former minister to repay the funds in installments?

What power does the regional government have to act regarding this issue?

The investigation revealed that this amount of money was not transferred to our new government. The President’s Office sent us a directive on the scandal on April 8 and our responsibility is to implement the directive. 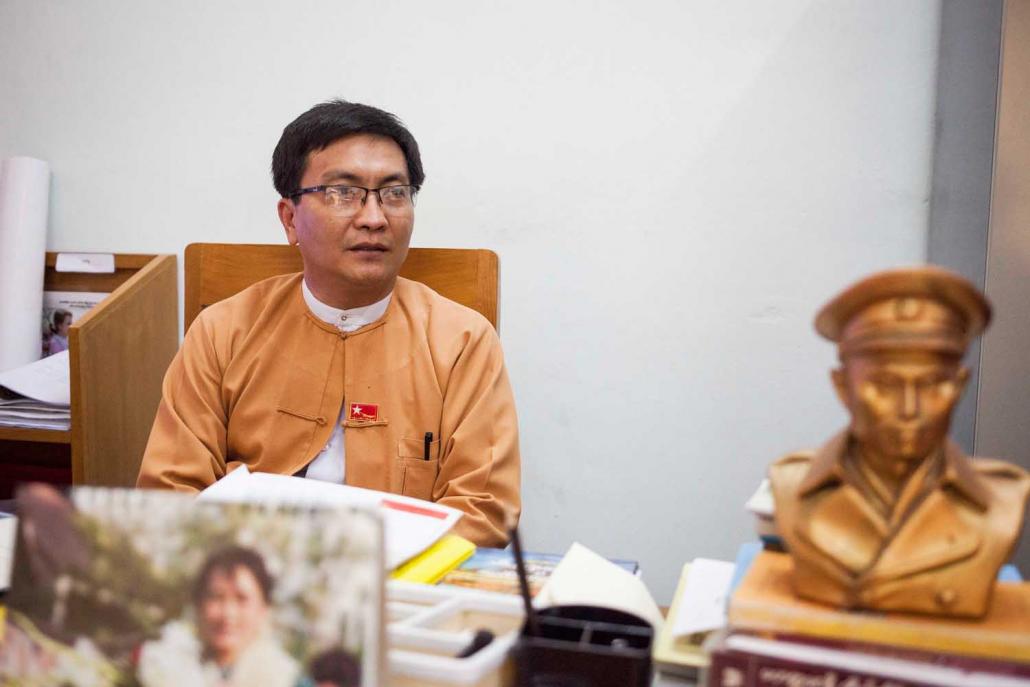 We have heard from the people monitoring the issue that the problem will be solved if the money is transferred and repaid. It is up to legal experts to establish whether it is legal or not to spend state-owned money in this way.

When news emerged of the scandal, the USDP said on its Facebook page that it was a political attack on the party. How would you respond to that?

It was included in what I said in the DVB debate in early April. Our government has cooperated with the Union investigation commission not because of a grudge against anybody or any organisation.

That money is not personally owned by U Phone Maw Shwe, nor the USDP. The money was paid by owners of hand-dug oil well businesses as a tax to the government. So it is the people’s money.

If there was a case of misappropriation of tax-payer’s money, the government, which was elected by the people, has the responsibility to try and get it back. As an example of rule of law, we are trying to get the state-owned money back. We reject the accusation that we attacked the USDP.

Is the K7.459 billion the total amount unaccounted for or only part of it?

The K7.459 billion was collected as revenue for hand-dug oil wells. It has not been handed over to the new government.

According to the investigation of the commission, only K3 billion has been found and more than K4 billion remains unaccounted for. The remaining money was said to have been used in local development work. The regional government has the responsibility to find out how much has been used for development work.

In our effort to find the lost money, first people did not know that the real amount was K7.459 billion. People first thought the amount was K2.8 billion but now know the situation.

The new government is bravely doing what it should do. Our work might not be enough to heal the wounds of the public, but I want to request people to cooperate with us in our efforts to recover the lost state-owned money.

As a citizen I think the illegal use of government money by previous governments did not happen in Magway Region alone.  We are doing this for the benefit of the people, not because of a grudge against anybody or any organisation.

Attempts to regain the misappropriated money will not see a U-turn. We want the rule of law in our country, where the people have suffered for a long time. 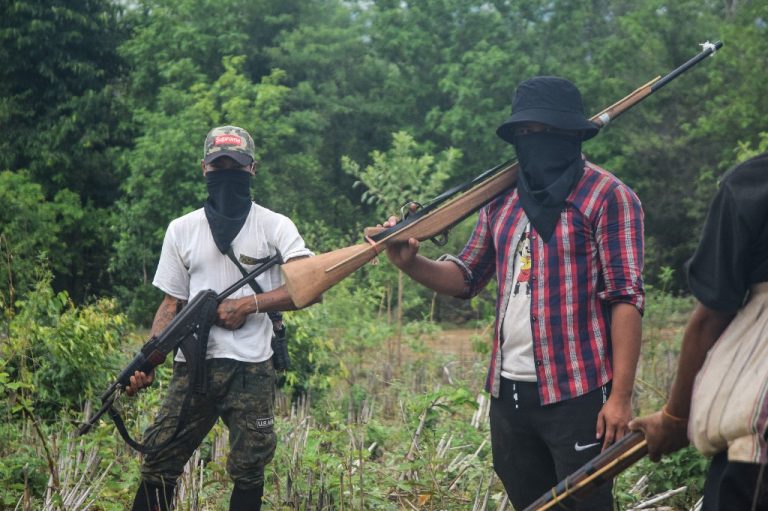 Pauk Township has emerged as a stronghold of armed resistance in Magway Region, with two local militias inflicting dozens of Tatmadaw casualties and preparing for expanded conflict.
BY Frontier