The January 2 decision by the National Committee for Designating Minimum Wage to increase the minimum wage has left many dissatisfied, particularly within the garment sector.

UNION OFFICIALS believe the new minimum wage of K4,800 is not enough to cover the increasingly high cost of living, especially in urban areas where most factories are located, and had advocated for a figure of K5,600 to K6,600. Employers, however, argue the increase is too great given the other challenges they face, including high land prices, frequent power outages and low labour productivity.

There are concerns that the increase in wages will affect the competitiveness of Myanmar’s garment sector globally, given that low wages have been the main driver of growth in the labour-intensive cut-make-pack garment industry. The next few years will tell whether the 25 percent increase has blunted the competitive edge of Myanmar’s garment industry. It will largely depend on whether the productivity of its workforce increases in line with the wage rise.

Myanmar has the second lowest minimum wage in the region, with only the garment manufacturing giant Bangladesh paying its labour force less. While wages are comparatively low in Myanmar, the low productivity of its workers is the main reason that CMP garment factories have only trickled to Myanmar. A 2017 study by the Centre for Economic and Social Development found that productivity here is considerably lower than elsewhere in the region.

In Thailand, Malaysia, and Vietnam, the garment sectors are about six times more productive than in Myanmar, while Cambodia and Laos are two to three times more productive. This means that despite Myanmar’s relatively low wage companies are likely to find it more profitable to remain in these other countries. On the other hand, China’s minimum wage has risen to a point where it is now cost-effective to operate in Myanmar, and so there has been a steady migration of factories from China to Yangon.

The risk associated with increasing the minimum wage is that it raises wage costs significantly but does not guarantee any increase in productivity. This could result in Myanmar losing the competitive advantage it needs to attract foreign investment in the garment industry. Manufacturers may instead choose not to relocate or move to a neighbouring country with higher productivity, such as Thailand, or one with a lower wage. Bangladesh is particularly attractive to garment manufacturers due to its lower minimum wage and higher productivity.

To retain Myanmar’s competitive advantage in the garment industry, the productivity of Myanmar’s workers must increase. At present many garment factories in Myanmar use a system of bonuses to increase productivity and attendance, providing labour with a monetary incentive to meet production targets.

While many of the larger factories are earning enough to accommodate the increase in minimum wage and maintain their bonus system, this is not the case for locally owned small and medium-sized factories that are mainly involved in sub contracting or very low-end CMP work.

It is these smaller factories that will be most affected by the increase in the minimum wage. They will probably be forced to decrease the labour incentives offered to workers for meeting production targets in order to maintain wage costs. As a result, productivity is likely to fall, resulting in the further erosion Myanmar’s regional competitiveness. 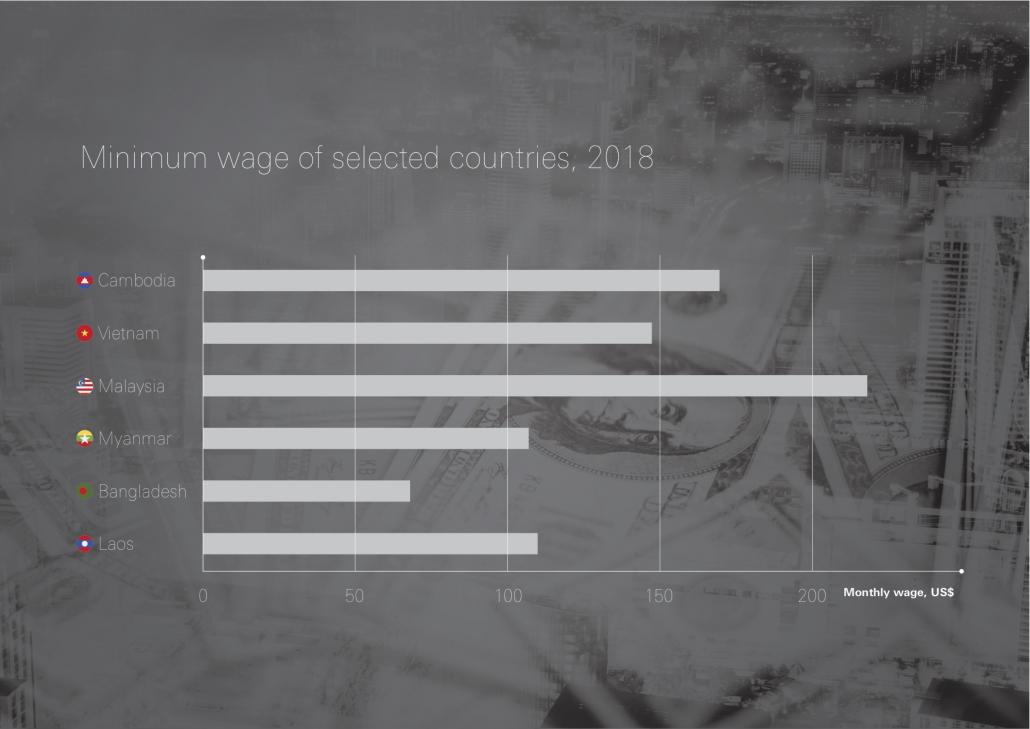 While it is difficult to argue that the cost of living is not rising, continually raising the minimum wage in the absence of gains in productivity is most likely not a sustainable solution. Instead, the immediate focus should be on reducing the costs of doing business to a level comparable to Myanmar’s regional counterparts to incentivise foreign investment in Myanmar’s garment industry.

Myanmar’s government is already taking steps to reduce the costs of doing business through tax breaks and infrastructure improvements. The Ministry of Electricity and Energy recently announced plans to double Myanmar’s power generation capacity by 2022, which would address one of the biggest headwinds for garment factory operations. Poor transport infrastructure is another major burden for factory owners and the Ministry of Transport and Communications is working with the Japan International Cooperation Agency to ease congestion and improve access to Yangon port.

It is too early to say with any certainty whether increasing the minimum wage will negatively impact Myanmar’s competiveness. However, with reduced costs and increased productivity, the garment industry can continue to be a strong engine for national economic growth. 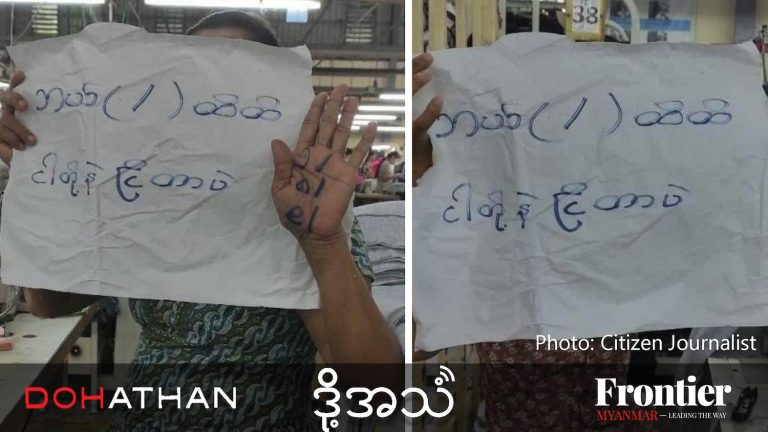