The United Wa State Army’s emergence as a crucial player in the peace process and its refusal to sign the nationwide ceasefire has left the government in a difficult position, given the high costs of pursuing parallel peace processes.

THE RECENT leak of a document outlining the withdrawal of the Kachin Independence Organization from the United Nationalities Federal Council has created a paradigm shift in the peace process. The UNFC, which had taken the leading role as a coalition of seven ethnic armed organisations, may soon cease to exist. The United Wa State Army, meanwhile, has gone from a silent actor in the peace process to a crucial one.

Panghsang, the headquarters of the UWSA, has become the epicentre of a new pathway to peace being pursued by some ethnic armed groups. Prior to first Union Peace Conference in January 2016, the UWSA convened an ethnic armed group summit but the political agenda was not clear. The leadership role of the UWSA emerged in February 2017, after it backed the coalition of armed groups known as the Northern Alliance – which comprises the Ta’ang National Liberation Army, Arakan Army, Myanmar National Democratic Alliance Army and some brigades from the Kachin Independence Army – and called for an alternative to the NCA.

The creation of a committee for political dialogue has affirmed the Wa group’s leading role in the Northern Alliance and as a power player in the peace process.

Wa unification and the UWSA agenda

Soon after the KIO letter regarding its plan to withdraw from the UNFC, another UNFC member, the Wa National Organization, decided to withdraw and accept the invitation to unify with the UWSA. Leaders from the WNO played a crucial role in encouraging Wa soldiers to rebel against the Communist Party of Burma in 1989. The group is based along the Thai-Myanmar border and has not always enjoyed a close relationship with the UWSA. Although this unification may not significantly affect the combat capability of both parties, the political message is clear: for the first time there is only one organisation to represent Wa people. This constitutes a potential revival of Wa nationalism, strengthening the demand on statehood.

The political motives of the UWSA are still unclear, but it obvious that they do not favour a peace process based on the NCA. During the first 21st Century Panglong Union Peace Conference in August-September 2016, the low-level Wa delegation proposed giving the Wa area state-level status before walking out of the event due to a dispute over accreditation.

A close ally of the UWSA, the National Democratic Alliance Army (better known as the Mong La group), also participated in the Panglong conference. Soon after the event concluded, UWSA troops took control of a major NDAA outpost in the Mong La area. Although the underlying cause of this event is never mentioned, it is highly likely that it occurred because of the Mong La group’s participation and high-level representation at the Panglong conference. 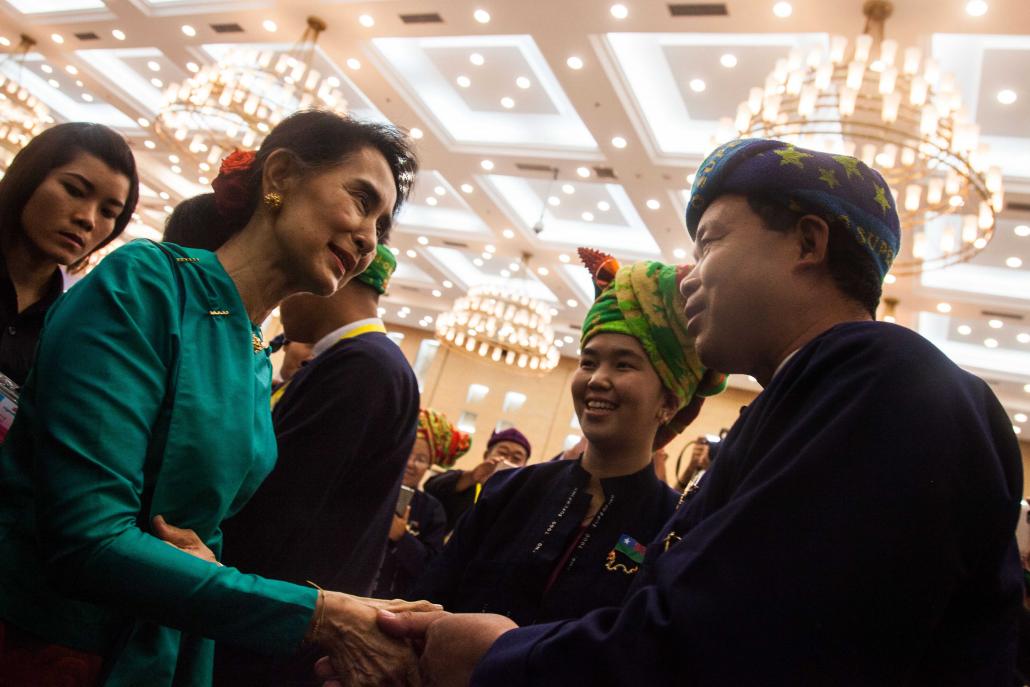 The UWSA’s recent call for political dialogue with the Northern Alliance and its formation of the committee for dialogue were somewhat predictable. More significant is its support for the Chinese government’s Belt and Road initiative. It shows that the UWSA and Northern Alliance seek political legitimacy from the Chinese government, or have already been granted its support.

The continuation and intensification of conflict in northern and northeastern Shan State has also created divisions within communities where Kachin, Ta’ang and Shan have lived side by side for centuries. Forced recruitment, illegal taxation and increased militarisation within the region has created tensions not only between government troops and ethnic minority groups, but also between the ethnic minority groups themselves. The demand for statehood by the UWSA also puts it on a collision course with the Shan nationalist movement and this may intensify over time.

The future of the UNFC

The organisation is split and its future is unclear. The New Mon State Party and Karenni National Progressive Party want to continue on the NCA path but the KIO and Shan State Progress Party are now aligned with the UWSA-led negotiating committee. This has created questions over the legitimacy of the UNFC; without the KIA and SSPP, the bloc will be significantly weaker.

During NCA negotiations, inclusivity was the major concern of non-signatories. With the TNLA, AA and MNDAA barred from negotiations, UNFC members refused to sign the NCA. However, during the National League for Democracy administration this policy has changed. The UNFC has put forward a nine-point proposal – nine demands that must be met for it to sign the NCA – and the inclusivity of non-UNFC members is now very much a secondary issue.

The costs of a parallel peace process

The government now faces a situation where it is managing two peace processes in parallel. The paradigm has shifted from the Western-supported peace process, which included the NCA, towards Chinese-influenced dialogue with groups in the north and northeast. Although the government has initiated dialogue in China, there is no clear indication that it has opened official talks with the Northern Alliance.

Although implementation of the NCA process is on track with the support of the United Nations and European Union, China’s role is still unclear. Bringing the UWSA into the NCA will not be easy, as it conflicts with Wa and Chinese interests. However, there is a political cost to having parallel peace processes. Unless there is significant progress on the NCA process, trust among the ceasefire signatories will decline.

Success in terms of both implementations of the NCA and dialogue at the Union Peace Conference is the only way to maintain the trust of ceasefire groups and bring other non-ceasefire groups on board. If that fails to happen, Myanmar faces a return to the 1990s, with the country divided between its northern and southern ethnic armed organisations.