Few foreign visitors make it down to Tanintharyi Region, but those who do will find stunning beaches, untouched islands and long-forgotten colonial outposts.

UNTIL THREE years ago, Mawlamyine in Mon State was the end of the road for foreigners heading south from Yangon – and few made it that far. It was possible to fly to towns such as Dawei and Myeik, but you could go no further than the city limits.

Today, the picture is different. The tropical stretch of Mon State and Tanintharyi Region that squeezes between the Andaman Sea and the Tanintharyi Hills, which form the border with Thailand, is now open and ripe for exploration all the way to Kawthoung, the southernmost point of Myanmar.

Some parts can be travelled by train, boat or air, but the newly upgraded road remains the only way of traversing the entire stretch.

There are places where low-key tourism is being encouraged and there are a number of pleasant – even stylish – hotels. However, that the region remains largely undeveloped is perhaps the biggest part of its appeal.

The Death Railway and sleepy Ye

Sixty kilometres south of Mawlamyine you will find the town of Thanbyuzayat. Otherwise unremarkable, it is home to the western terminus of the Thai-Burma Railway (also known as the “Death Railway”) and an Allied War Memorial Cemetery.

Beautifully maintained by the Commonwealth War Graves Commission, the cemetery is worth a visit, particularly for those with a family connection or interested in Myanmar’s complex and violent WWII history. Unfortunately, the railway – which is no longer in use – is marked only by a shoddy new museum and a single steam locomotive. 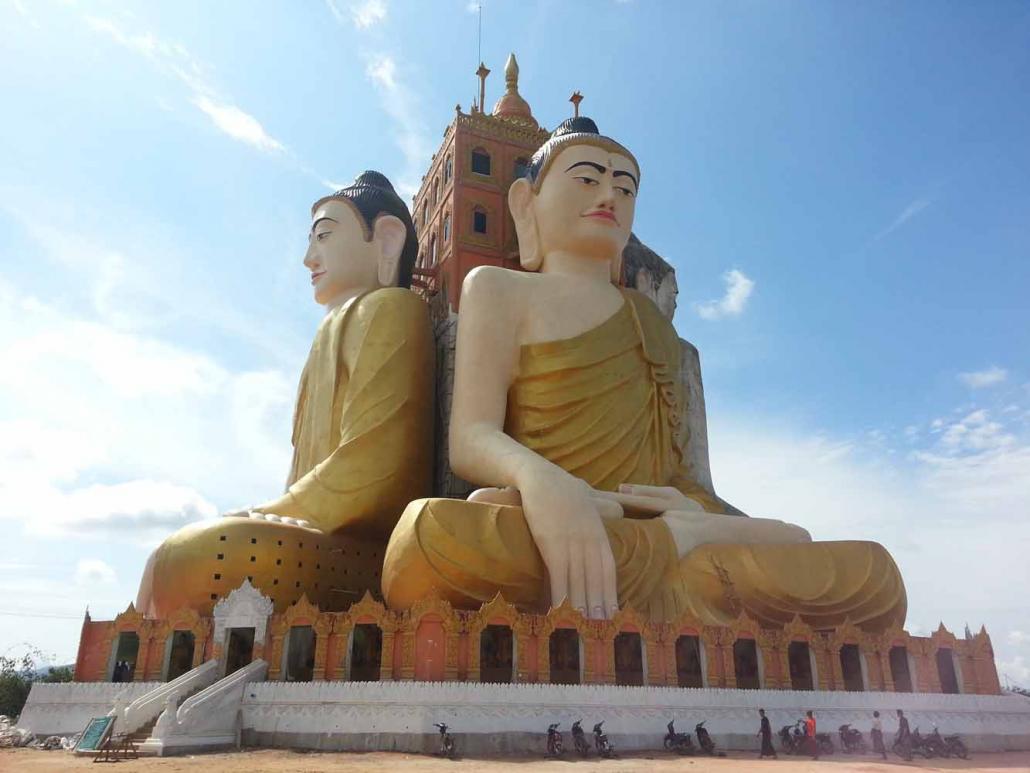 Heading south, the next significant town is Ye, a sleepy little place nestled on a picturesque river bend. A few kilometres outside town is a huge new monastery and Buddha complex hewn out of the jungle. It’s worth a visit to appreciate its scale, the views of the surrounding hills from the top of the gigantic standing Buddhas, and the brazen placement of a luxury villa, complete with swimming pool and Mercedes SUVs, right in the middle.

Ye itself is a pleasant market town, with a tree-lined lake near its centre. Nearby is the Starlight Guesthouse, a charming place run by an American-Myanmar couple.

Next up is Dawei, arguably home to the greatest collection of beaches in Myanmar, drom the seemingly never-ending stretch of white sand at Nabule to the beautiful bays at Teyzit and San Maria on the Dawei Peninsula.

With their backdrop of green hills rising dramatically from the sea, most places along the shore here are the very picture of a tropical paradise – even down to the little beer station that many of the villages have placed on the water’s edge (the refuse that collects around some is, admittedly, less idyllic).

The easiest way to explore the area is by motorbike, which can be hired in Dawei. Alternatively, taxis or minibuses can take you to many of the beaches.

On the seafront, Maungmagan beach has a number of hotels and is popular with locals, but is ironically one of the less impressive stretches of sand in the area. Beyond that, a few simple wooden hut-type places have popped up on the Dawei Peninsula, including Paradise Beach Bungalows at Zat Sar Aw beach. The biggest collection of hotels is in Dawei itself, which is home to a number of colonial-era buildings and is worth at least a few hours’ wander.

Five hours to the east of Dawei is the remote Thai border crossing point at Htee Kee/Phu Nam Ron, from where you easily access Kanchanaburi and a number of Thai national parks.

No permit is needed for the crossing, but you will need to already have a visa in your passport if entering Myanmar – e-visa is not yet valid here.

The port of Myeik (known in colonial times as Mergui and still sometimes referred to by that name) is quite different to the other towns of southern Myanmar. A hive of activity, its harbour bustles until night falls, and its winding back streets are a refreshing change from the customary Myanmar city grid pattern.

Myeik is also rich in history: once the southernmost port of the Bagan Kingdom, rulers here changed frequently; there are tales of it being a pirate enclave, and from the 16th century it became an important centre for European traders. More recently the celebrated Irish writer Maurice Collis was stationed here as a colonial administrator.

A great place to start exploring Myeik is the waterfront Strand Road (Kanna Lan). The commercial heart of the town, where goods and people coming from the archipelago disgorge to the mainland, it allows you to take in the hundreds of fishing boats moored in the harbour. 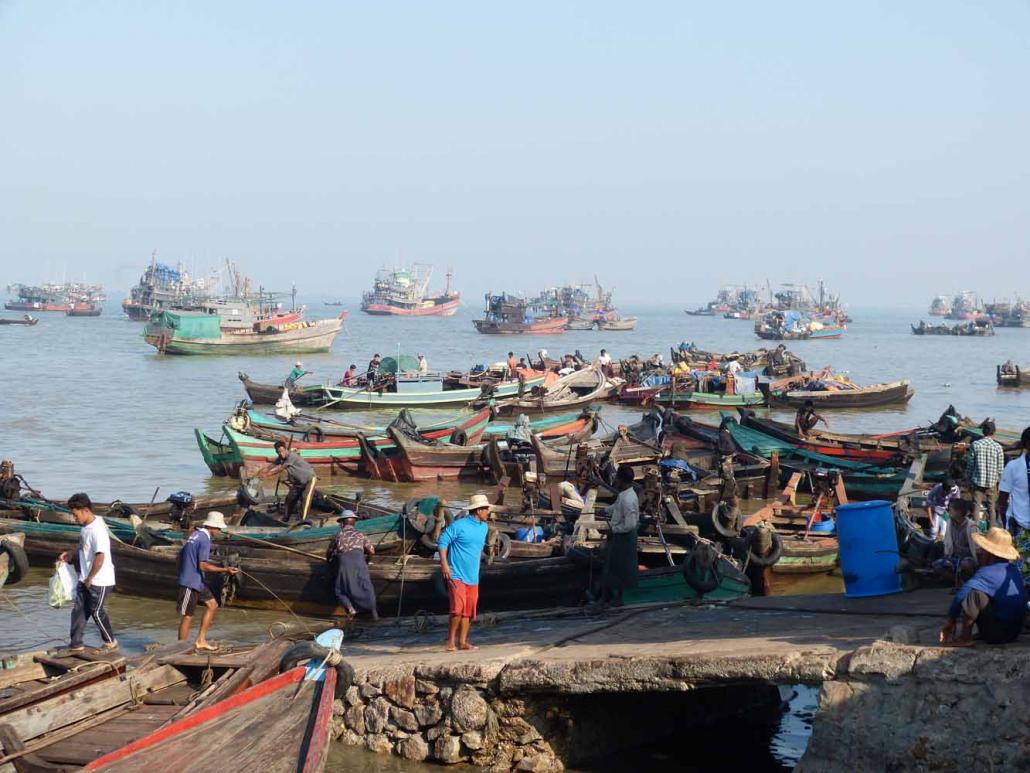 The port at Myeik, a former colonial outpost, is a hive of activity from early morning until nightfall. (Marcus Allender / Frontier)

The road’s southern end features a fun night market and the northern end has the wonderful Shwe Yar Su restaurant, which offers great food, friendly service and a vibrant atmosphere.

As with much of southern Myanmar, the dishes here are infused with Thai influences. And it’s not just the food; from ubiquitous Honda Wave scooters to fake 7-Eleven stores, and even the use of Thai baht in some places, there is no getting away from the influence of the big neighbour next door.

Wander through the back streets of Myeik and you’ll find markets, lakes and colonial-era buildings. There’s also the hilltop Theindawgyi Pagoda, which affords the best views of the town and nearby Pataw Padet island, which can be reached by boat. It too offers panoramic views of the town and surrounding islands, as well as an unusual, hollowed-out reclining Buddha.

The northern archipelago and upriver to Tanintharyi

One of the most exciting aspects of Myeik is the opportunity for travel to newly accessible destinations in the region. The town is located at the northern end of the vast Myeik Archipelago, which until recently could only be reached by foreigners on a multi-day live-aboard cruise from Kawthoung.

Now, it is possible to go on day trips or overnight beach camping trips to the hundreds of islands that stretch out from Myeik.

Because of the (natural) silt from the mouths of the Tanintharyi River, the water in these parts is not as crystal clear as other, farther-flung parts of the archipelago, but there are still plenty of stunning tropical islands with white sand beaches, jungles and waterfalls to explore.

There is also the chance to meet the famed Moken people (also known as Salon or “Sea Gypsies”), and of course there is the sense of going on a trip that few people have had the chance to undertake before. You do need a permit for these trips, but they are easy to obtain – either in advance in Yangon or in Myeik itself.

A similar pioneering spirit can be felt when taking the four-hour upriver trip to the historic town of Tanintharyi. The atmospheric journey is itself the main attraction here, with riverside jungle villages to visit among scenes seemingly straight out of Apocalypse Now.

Tanintharyi was once waypoint on the overland route to Siam, but is now a sleepy backwater. Teak and betel nut are the main exports, and after seeing the town market you can explore the nearby plantations.

As for accommodation in the area, Myeik has a number of hotels across the budget range, with the large and central Hotel Grand Jade offering great views of the town and harbor. Further out of town, the stylish Eain Taw Phyu Hotel provides a more cosy and stylish atmosphere.

South to Kawthoung, the southern archipelago and Thailand

Between Myeik and the southernmost point of Myanmar at Kawthoung, you will find little but jungle; most people either take a quick hop by air or the fast boat that travels daily between Dawei, Myeik and Kawthoung.

Whether coming from further north in Myanmar or across the Kraburi River mouth from Ranong in Thailand – Myanmar e-visa is now valid for this crossing – Kawthoung is no more than a stopping-off point for the majority of visitors.

From here, you can go on live-aboard cruises or trips to the only two island resorts in the archipelago – the long-established Myanmar Andaman Resort and the new Boulder Bay Eco Resort, which opens this November.

Those with a few days in Kawthoung will find the town a typically lively border trading point, with strong Indian influences and a decent selection of mid-range hotels. Outside town you can visit the Maliwun waterfall and stay at Victoria Cliff Hotel & Resort, where the rooms and swimming pool offer lovely views out over the sea and the islands of the southern end of the archipelago.

Whether you have time to travel the entire stretch from Mawlamyine to Kawthoung, or just take in a spot or two along the way, southern Myanmar offers a fascinating and atmospheric experience.

More information on all of the places mentioned can be found on Go-Myanmar.com – the comprehensive Myanmar travel information and bookings website.

This article originally appeared as part of Discover Myanmar, Frontier’s special report on the tourism industry. Top photo: Nabule Beach near Dawei is one of the best stretches of sand in the country – and it’s mostly deserted. (Marcus Allender / Frontier) 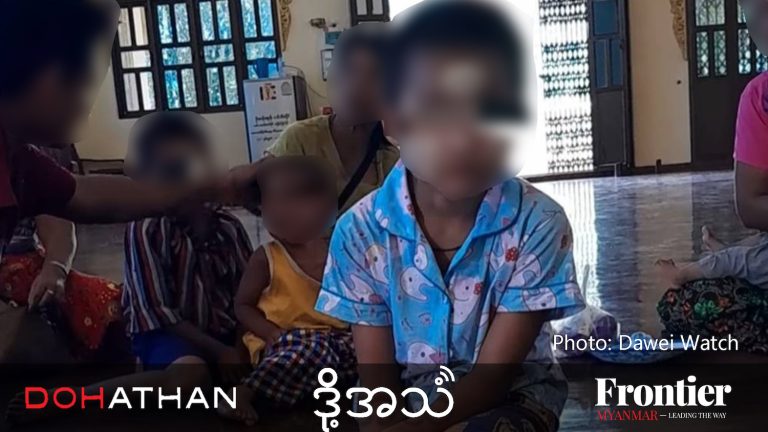