In the first of a two-part series, we teach you how to play three traditional Myanmar street games.

Shell throw, a version of ludo that involves tossing sea shells into a bowl, is about as traditional as Myanmar games get.

It is played on a cross-shaped, chequered board (see diagram). The goal is to move your token (usually a bottle cap) around the board and back to home before the other players.

In place of dice is a ceramic bowl containing six small cowrie shells. Players take turns to pick up the shells and toss them into the bowl. How the shells land, either facing up or down, determines the number of spaces the player may move.

A player wins when they move their token around the perimeter of the board and back to their home square. As with ludo, if one token lands on another, the second token must go back to the home square and start over. However, certain squares, marked with an “X”, are safe zones, which multiple tokens can occupy.

The odds of a scoring toss are slim, so the turns go by pretty quickly. If you join a game, get ready to grab the shells and toss them right away. But be careful: If any shells fall out of the bowl, your token moves back one space.

Playing for money:  If you find this game on the street, odds are the players put some money down at the start, usually K1,000, with the pot going to the winner. If a player makes a scoring throw three times in a row, the other players hand over K500 immediately. 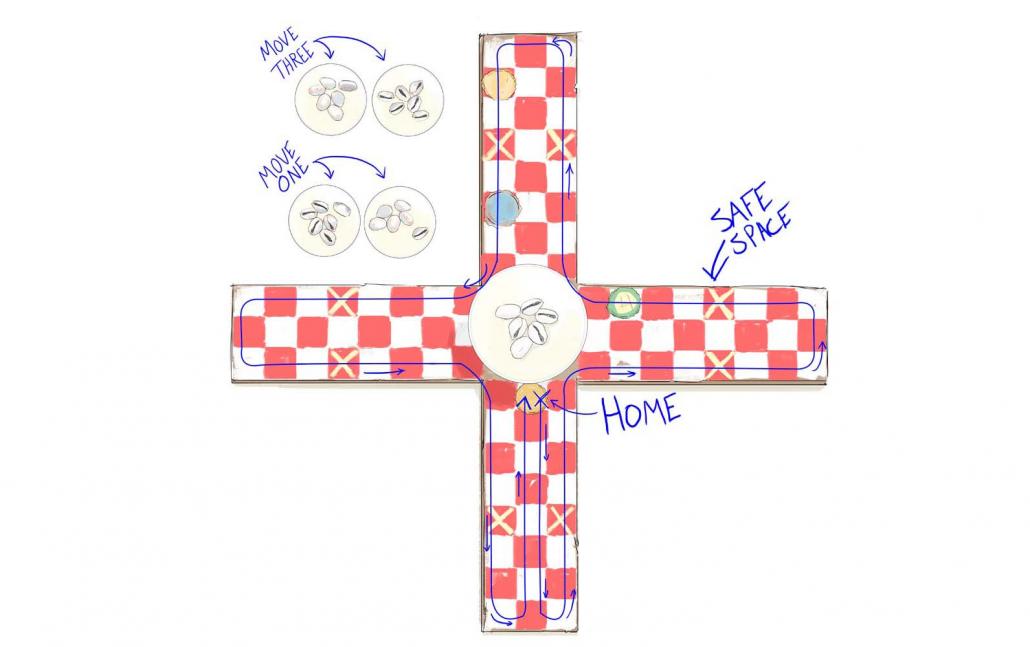 Materials: Three dice, a bowl and a lot of money

This simple, fast-paced game is just a means to gamble, so if you jump in, get ready to put up. It also works well as a drinking game if you don’t want to toss money around.

Players decide on stakes, usually K1,000 or K2,000, and toss three dice into a bowl. Whoever has the best result wins the jackpot: Either the stakes or double the stakes from each of the other players.

Players add the numbers of the three dice to determine their results. The hierarchy is a little tricky, so if you prefer you can skip straight to the accompanying cheat sheet.

The best sums are as close as possible to nine or 18 without going over (similar to 21 in blackjack). A sum of nine (four, three and two on the dice, for example) is the best result, followed by eight, then seven, and so on.

If the sum exceeds nine, the hierarchy resets with 18 as the new target. Thus, 17 is equal to eight because both are only one away from their targets. A sum of 10 is the worst possible result, because it is higher than nine but the furthest from 18.

The best results, however, are triples – that is, the same number on all three dice. If a player wins with a triple, they get double the stakes from all the other players. The highest triple is one, and the lowest is six.

In the event of a tie, nobody wins. 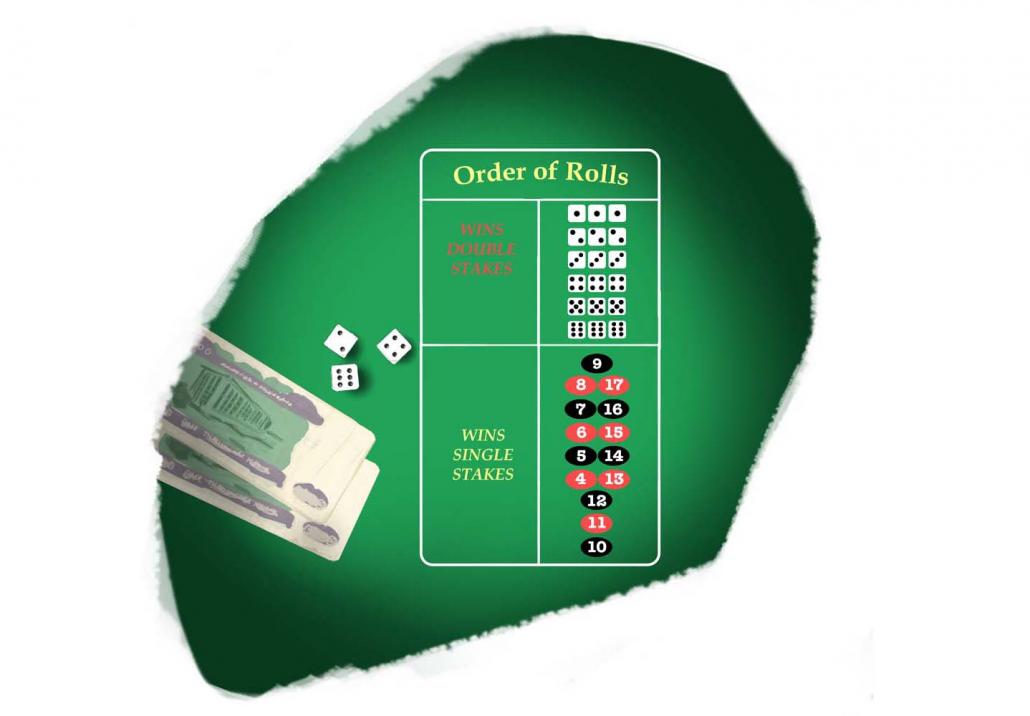 Materials: Carrom board and pucks (numbered), deck of cards

Probably Indian in origin, carrom – like billiards but played with small discs on a polished wooden table – is a common sight in bazaars throughout Southeast Asia and in Myanmar’s teashops.

Each player has nine discs, designated by colour. When it’s their turn, players place the striker disc (similar to the Q-ball) on their shooting line and flick it at their discs, trying to knock them into the board’s four pockets. If all their pucks have been pocketed, they secure victory by sinking the two-coloured queen puck (similar to the eight-ball).

Kitty card carrom, a variant popular in Myanmar, is a bit more random and a bit more cutthroat, with the ability to knock players out of the game.

It uses 13 pucks, each numbered. Players are dealt a hand of five playing cards from a standard deck. Players target the pucks corresponding to the cards in their hands, discarding their cards as they pocket the corresponding pucks. The first player to discard their entire hand wins.

Each puck is one-of-a-kind, but not each card. If a player holds, for example, two sevens and then pockets the seven puck, they discard them both. But if another player happens to be holding a seven, it becomes impossible for them to win and they are eliminated from the game. A player wins by knocking out all of their opponents. 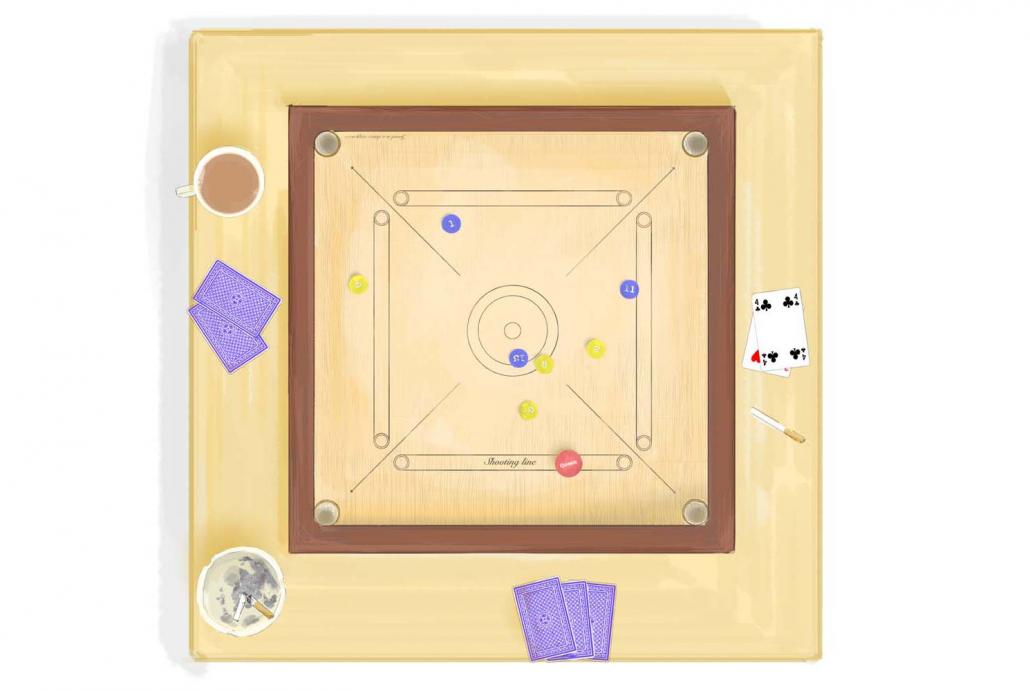 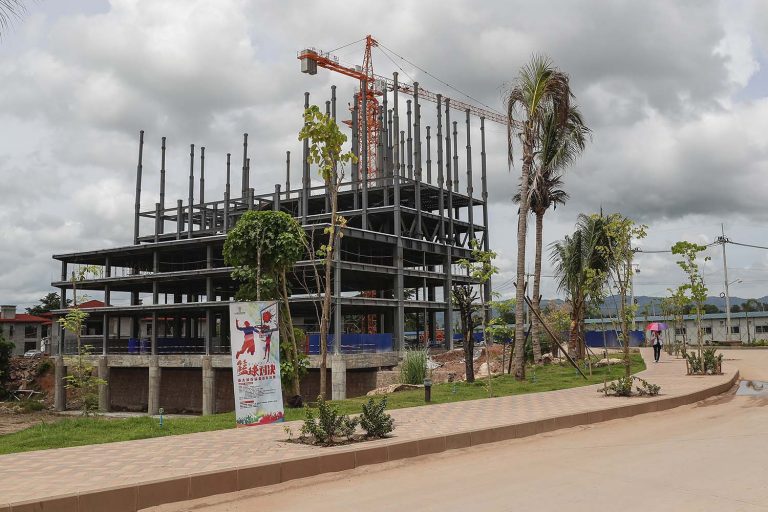 In Frontier’s first interview with Myanmar Yatai International Holding Group, the company said it wanted to be a model for Chinese investors.
BY Frontier 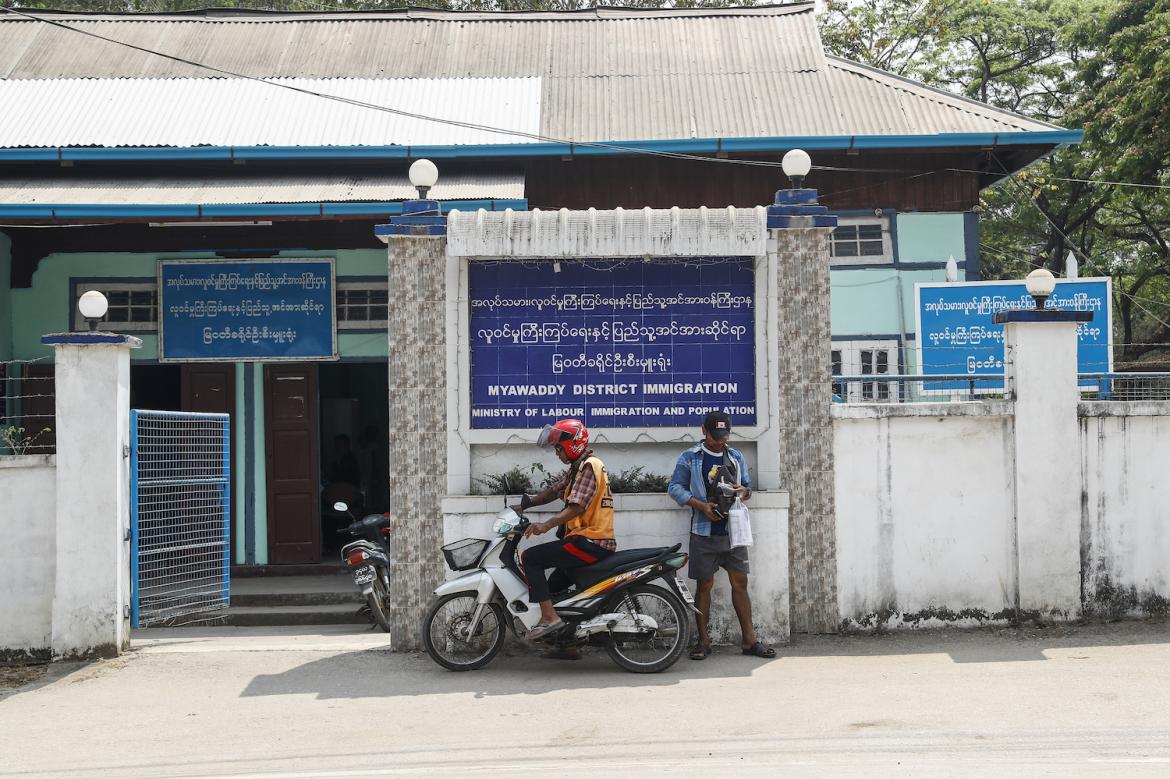 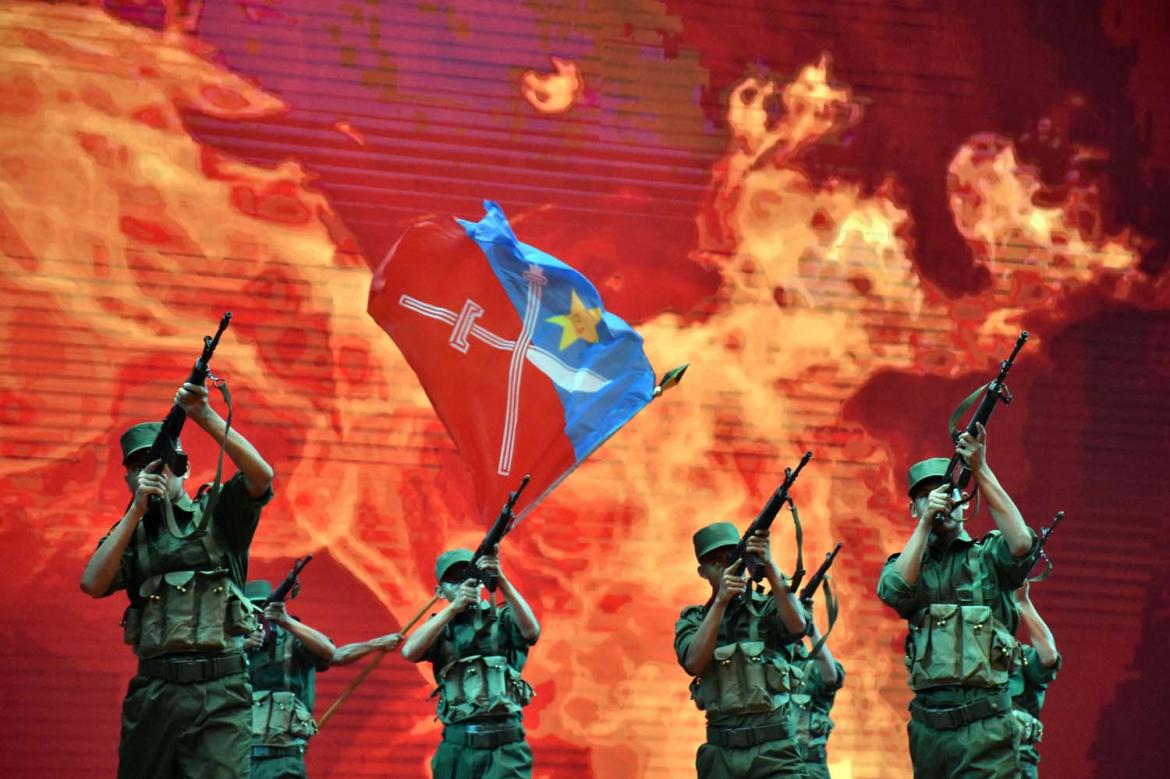