These are a few of my favourite things (in Yangon)

I like Yangon. I’ve been here almost a year, and it has been great. Maybe it’s because in America I was poor and unemployed (also known as a “freelancer”) and in Yangon I get paid several times the per capita GDP to write snarky columns. But I like to think there’s just something magical about this place. 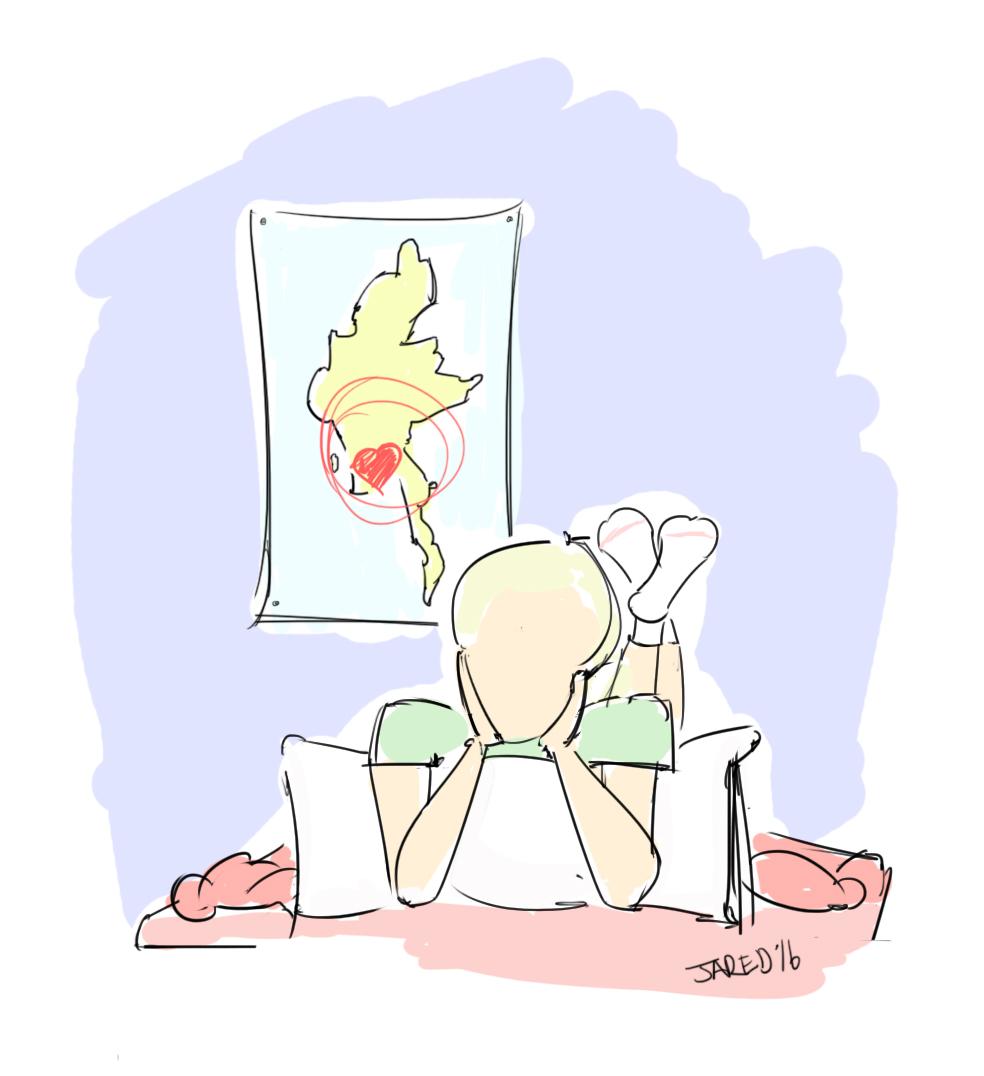 I like my Myanmar girlfriend, Saint. She is beautiful and kind. Having grown up abroad, she sounds and acts exactly like an American, but I still get to use her as a get-out-of-racism-free card.

I like being able to afford taxis because it makes me feel like a New York big shot, but I also like riding my bike because it makes me feel superior to everyone stuck in taxis. I also like that nobody will steal my bike. Yes, I recently lost it, but it was after weeks of practically begging thieves to steal it by leaving it in the open with a broken lock. Even now, I suspect it’s only being kept for safekeeping at a maintenance shed somewhere in Thingangyun.

I could probably track the bike down if I knew how to speak Myanmar. I don’t like not knowing the language, but I have a suspicion I haven’t learned it because of a subconscious desire to make life difficult in order to balance out my White Privilege.

I like KFC, too. I was frustrated at first because the portions are small, but so are the prices, and I soon kept finding myself there, eating it.

I like the junk antique sellers outside Bogyoke Market. I like to buy their bric-a-brac, put them in expensive display cases and then try and pass them off as “General Aung San’s cigarette lighter” or “King Thibaw’s pennywhistle.”

I like the Myaynigone Police station. I went there to get replacement ID papers. It took 20 minutes with nary a bribe nor bureaucratic hitch. I spent the time watching the drunks locked up in the cell from the night before on CCTV, which was pretty neat.

I like the Jasmine Palace Hotel, for whom I did some freelance copy editing in exchange for a gym and pool membership. It was the single best deal I’ve cut here. The facilities are beautiful and full of beautiful people. I like to give the beautiful people looks that say: “Good day, fellow affluent hotel guest! I, too, am doing something worthwhile with my life, instead of writing snarky columns for KFC money.”

I also like Sedona Hotel. I spent my first two weeks –and paycheck – in that oasis of air-con and high speed internet. I occasionally go there for late night Skype interviews with international sources.

“Good day, Mr American CEO! I, too, am sitting in a real office, not in a hotel at 11:30pm, sitting on a staircase because a lounge band is currently singing ‘Total Eclipse of the Heart’.”

I like Alibaba Amusements, the downtown arcade with the Transformer statue out front. They have a pirate-themed shooting game with such sagacious dialogue as “Blast the skeletons!” and “Watch out, that’s a big one!” Once Saint and I took a taxi downtown specifically for this pirate game, into which we put untold thousands of kyat. (Spoiler alert: The pirates find the Poseidon’s Breath gem, which makes their ship fly.)

I like Myanmar Beer; I think it tastes pretty good. I also like Yoma Beer. I like that cinema tickets cost US$2 and that you can eat quail eggs during the movie. I like that Yangon never gets cold. I like the rusty boats at the harbor.

In closing, Yangon is a pretty okay.