The NLD's move to amend the constitution is unlikely to succeed

The move by the National League for Democracy government to amend the constitution is unlikely to succeed in the face of Tatmadaw opposition, but will enable the party to say it has implemented an election pledge.

IN A DECISION with far-reaching implications, the Pyidaungsu Hluttaw voted on February 6 to appoint a parliamentary committee to review proposed amendments to the military-drafted 2008 Constitution. The vote, which followed a proposal submitted by the National League for Democracy on January 29 – the party’s first bid to amend the constitution since taking office – aroused strong objections from non-elected Tatmadaw MPs.

They said the Tatmadaw did not object to amending the constitution but opposed the approach taken by the NLD, claiming it was in breach of parliamentary procedure. Tatmadaw MPs boycotted debate on the proposal, which was approved by 441 votes to 191, with six abstentions.

The parliamentary joint committee will be headed by a senior NLD member, U Htun Htun Hein, who is also deputy speaker of the Pyithu Hluttaw. Two years and nine months after it took office, the NLD has acted on one of its key elections promises. What obstacles is the move likely to face and will it be successful?

His decision to allow debate on several proposed amendments – nearly all of which were defeated – sharply raised tensions with President U Thein Sein and was a key factor in Shwe Mann’s dramatic removal as chair of the USDP in August 2015. One of the defeated amendments sought to remove the Tatmadaw’s veto on reforming the constitution by lowering the voting threshold for constitutional reform from 75 percent to 70 percent of Pyidaungsu Hluttaw lawmakers.

The amendment process adopted by the NLD is similar to that approved by Shwe Mann in 2015. The first step involves appointing a joint committee on which the NLD will use its numbers in the Hluttaw to ensure it has a majority, with Tatmadaw MPs and lawmakers from ethnic and other parties in the minority. Much hinges on the attitude of the Tatmadaw. If Tatmadaw MPs agree to be represented on the panel, the process will go ahead, but if they decline to participate, the attempt to amend the charter will not succeed.

The proposed amendments are sure to reflect the NLD’s stand on charter reform and it will be interesting to learn what sections it wishes to amend. Amyotha Hluttaw MP U Aung Kyi Nyunt (NLD, Magway-4), who submitted the proposal, said seven amendments would be sought but did not specify exactly which.

He said the seven amendments involved provisions that were contrary to democratic standards, inconsistent or contradictory, obstructed or hindered the building of a genuine democratic Union essential to achieve national peace, deterrents to implementing multi-party democracy, created imbalances between the three pillars of government, failed to protect the equality of citizens and discouraged free and fair elections.

Aung Kyi Nyunt’s comments in the hluttaw and statements posted on social media by NLD headquarters make clear that the governing party is seeking substantial changes to the constitution. Among them is the fundamental principle listed in the constitution that the Tatmadaw needs to take a leading role in national politics. The NLD also wants to remove the provision that gives the Tatmadaw the right to fill one of the two vice president positions.

But the process the NLD has adopted to amend the constitution and the changes it is seeking mean that Tatmadaw opposition is almost certain and the party’s initiative will be unlikely to succeed.

If the Tatmadaw stubbornly refuses to accept the reforms, it should be peacefully pressured by the people to change its stand. The process adopted by the NLD cannot be expected to succeed. However, it does enable the NLD to say that it has implemented an election pledge.

Sithu Aung Myint became a reporter in 1997. Prior to Myanmar gaining its press freedom in 2012, he worked for various exile media outlets, and is now one of Myanmar's most respected political commentators.

Rohingya will continue to languish in camps in Bangladesh until there is a change of attitude by key stakeholders, including the Tatmadaw and Dhaka.
BY Sithu Aung Myint 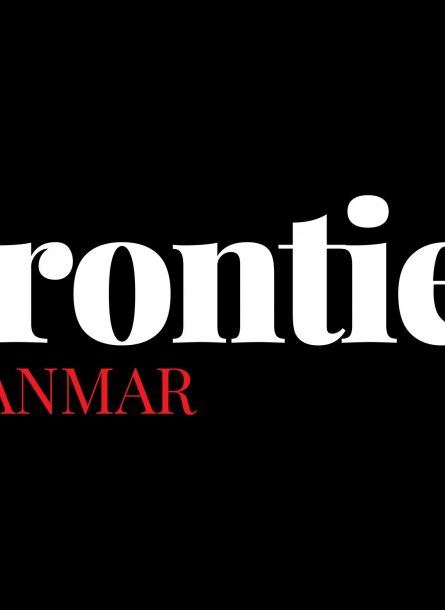