As it struggles to modernise, Myanmar is finding a host of technology problems. It needs its community of amateur hackers to solve them. 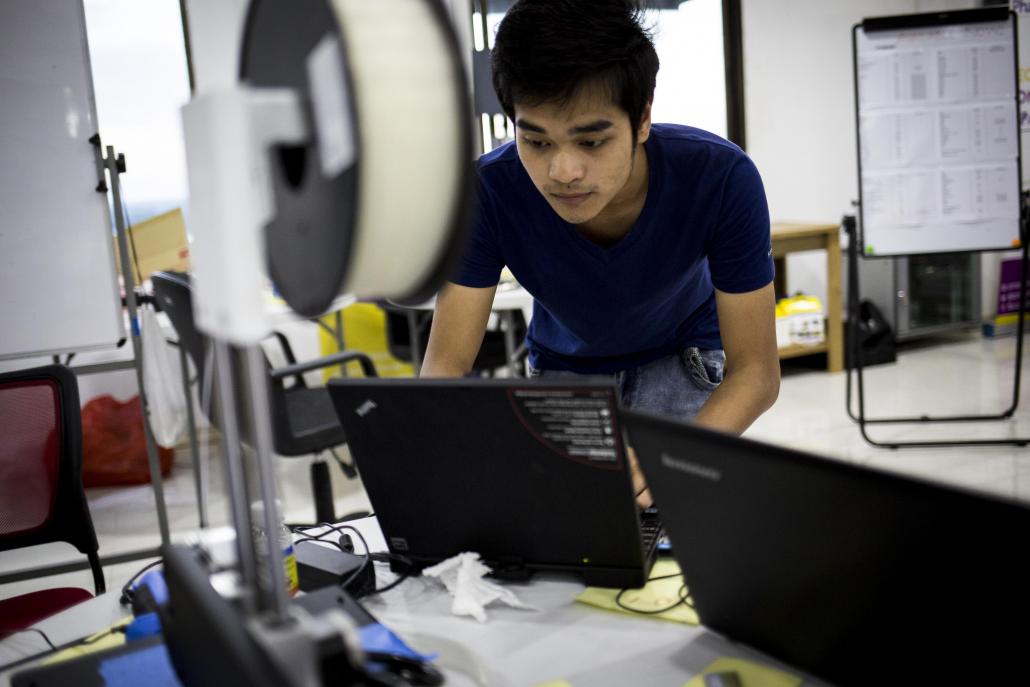 The prototype he and his teammates were tinkering with at the Phandeeyar Hardware Hack Week event would automatically sort different medications and then remind patients to take them. They poured over laptops, circuit boards and half-drunk cups of coffee while a 3D printer was slowly shaping their creation from plastic resin.

U Thet Naing Oo is a recent university graduate, but his technical know-how was mostly self-taught. He came to the Hardware Hack Week, organized and hosted by Yangon’s Phandeeyar Innovation Lab, to meet others like him.

“[The community] is really, really small especially for something like this,” he said.

The World Economic Forum agrees. Its latest Global Competitiveness report released last month ranks Myanmar 130 out of 140 in “technological readiness,” with its overall lowest score in “innovation and sophistication” factors. Despite recent strides in telecommunications and information technology, the country still falls woefully short in real-world machines and hardware. As it struggles to modernize, the country is coming up against uniquely Myanmar problems, but has few Myanmar innovators to solve them.

“There isn’t much physical design happening here,” said Taiei Harimoto, design team co-lead for social enterprise Proximity Designs, one of the Hardware Hack Week partners. “Our workshop is in one of the industrial zones. If you look at what is being made there its either fixing things or copying things.”

Proximity recently launched the LOTUS, a relatively inexpensive solar-powered water pump tailored specifically for Myanmar farmers. Most of the designers behind the project are Myanmar, but only one of them holds an engineering degree. Several began as welders or assembly line workers.

“Basically we haven’t been able to find people who already have the kind of experience that we would be looking for,” Mr Harimoto continued. “So instead we look for people who are curious, who want to learn stuff, who show potential for creating new things.” 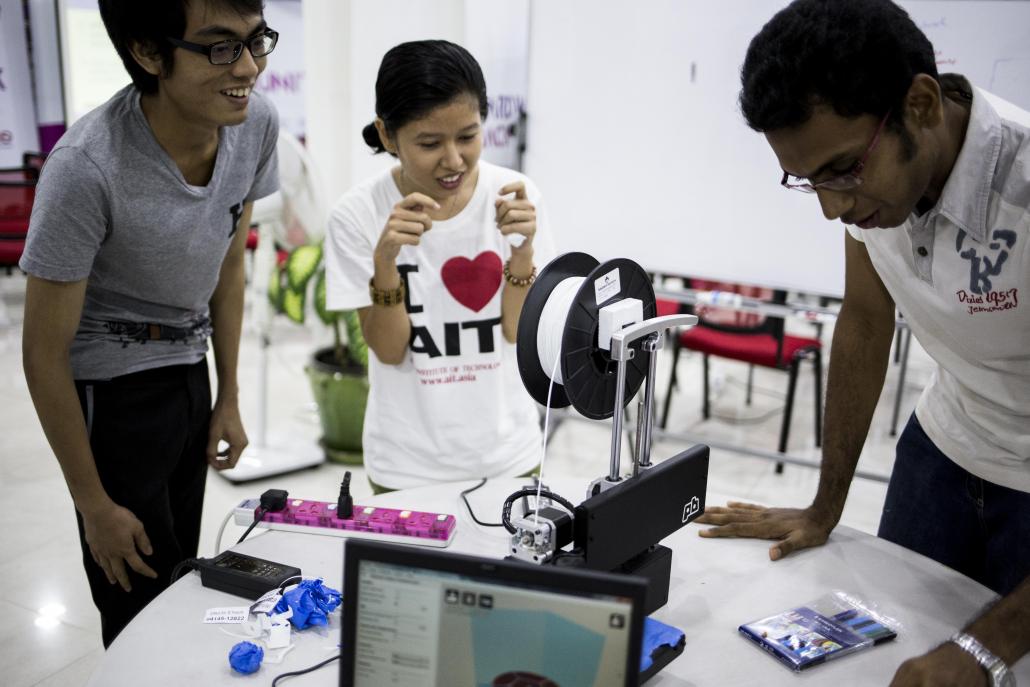 Phandeeyar program director U Yan Naung Oak, who helped organize the Hardware Hack Week, said career inventors like Proximity’s are the exception, not the rule. “There’s no pipeline that’s producing qualified professionals who are just ready to join the workforce and ready to pick up increasing demand,” he explained.

Myanmar universities do produce designers and engineers, but these usually strike out for big companies in places like Singapore and Bangkok. Those left behind are what U Yan Naung Oak describes as “garage hackers”: Passionate, self-taught young people who prefer to tinker with their own projects rather than bring their talent to market. They are largely off the radar of foreign employers, but they are not particularly interested in local industry either.

“The small size of the market means there’s not a lot of incentive to innovate in the market,” said U Thaung Su Nyein, managing director of Information Matrix, an IT, media and services company.

He was referring to information technology, not mechanical engineering. The same problems hold IT industries back, even though Myanmar’s new connectivity and access to imported hardware has made it easier for young designers to hone and market their craft.

Physical design is enjoying no such renaissance.

“Software is great for information. Not pumping water from a well,” U Yan Naung Oak said.

“In the end there is no financial benefit for these guys. So the only motivation for them is, ‘Ok, I’m still 20 or 21, I don’t need to be making any money…I can do this freelance, nonprofit thing for another two years.'”

Closer to the metal

Inventions like U Thet Naing Oo’s smart pillbox are what the tech world calls “closer to the metal,” things made to solve tangible problems, and the rapidly-modernizing Myanmar has plenty of those.

Mr Harimoto mentions another example in agriculture: “There are these really big combine harvesters that are being imported here, but many of these big machines assume that you have a certain level of land-leveling and water management infrastructure. And that’s not here, so you can’t use these machines to their potential.”

What a Myanmar inventor would bring to the table, he argued, is not only an understanding of potential consumers and ability to communicate with them, but a deeper connection to the country and desire to see it move forward. They need to grasp the problems, but also stay around long enough to solve them.

But this kind of passion is a catch 22, said U Yan Naung Oak. Myanmar needs mechanical engineers to solve its infrastructure problems. But these same infrastructure problems often drive “garage hackers”, who are in it to create, not to make money, further from the metal, where anyone with a laptop, power and a SIM card can design and market products

“With software you can do it again and again. You don’t have to get it right the first time,” U Yan Naung Oak said. “For hardware, you prototype, and you’ll probably have to contact a factory in China and give them the specs, and the smallest order they’ll take is 2000 pieces.”

U Tun Min Soe, a Myanmar-born designer who has worked in London and currently in New York, supplied the 3D printer Thet Ning Oo used to build his pillbox. He also brought several Raspberry Pies, customizable, open-source computers that powered several Hack Week inventions, such as a cleaning robot and a digital audio controller disguised as a decorative laquerware box.

The 3D printers, he said, retail for around $400; the Raspberry Pies $25. Technology like this is inexpensive, powerful and—with China and Taiwan next door—imminently accessible, and it could eventually change everything for Myanmar’s engineers.

“There’s no reason why we can’t make things like this. A lot of these technologies are self-replicating almost. That’s the idea, right? You print a printer that can print a printer.”

“I used to have to send a part out that would cost me $400 to make and it would take three days. Now I can print it on my own and it costs me twenty-five cents.”

Million-dollar industrial patents are gradually giving way to downloadable designs shared on the internet for free, courtesy of the garage hackers. Myanmar has infrastructure problems, he argued, but infrastructure itself is becoming less relevant.

“Proximity has these wheels turning, being a non-government organization with a lot of money and having to prove what they’re trying to do. You can bypass all that. Just go straight to the source.”

A culture of innovation

But before Myanmar industry can join the revolution, it needs to lure its hackers from the garage.

“In the end there is no financial benefit for these guys,” U Thaung Su Nyein explained. “So the only motivation for them is, ‘Ok, I’m still 20 or 21, I don’t need to be making any money…I can do this freelance, nonprofit thing for another two years.’ So they’re hacking away, they’re turning out apps, but there is no commercialization.”

U Thaung Su Nyein’s company Information Matrix was one of the organizers of Yangon’s BarCamp event, a self-described “un-conference” in which designers, engineers and other innovators gathered and share ideas. It launched in 2010, still under the military government, and quickly became one of the largest ever. Today it brings in four to five thousand participants, any of whom may give presentations and workshops on whatever they want.

The philosophy of equal, open and unstructured sharing of ideas flies in the face of Myanmar’s deepest sensibilities, he said, but it might be the key first step.

“We were taught to listen to the teacher and not question her from the age of six. For these people to show up unannounced and uninvited and say, ‘I want to take that 2 pm slot in one of these rooms and talk about how to launch a successful ecommerce business in five days, for example, that takes guts…These people have shown that it is ok to stand up and speak out.”

Before the Hardware Hack Week, Phandeeyar held a similar event in early October in which software designers created election apps that helped people track candidates and monitor voter lists. U Yan Naung Oak says Phandeeyar has plans to open a permanent space in its offices for designers to gather, experiment and discuss.

As U Tun Min put it: “Burma has gone through all this stagnation and a few decades of various problems, and these kids, the subsequent generations, are products of that. But we don’t have to start from scratch. We can jump straight into the revolution.” 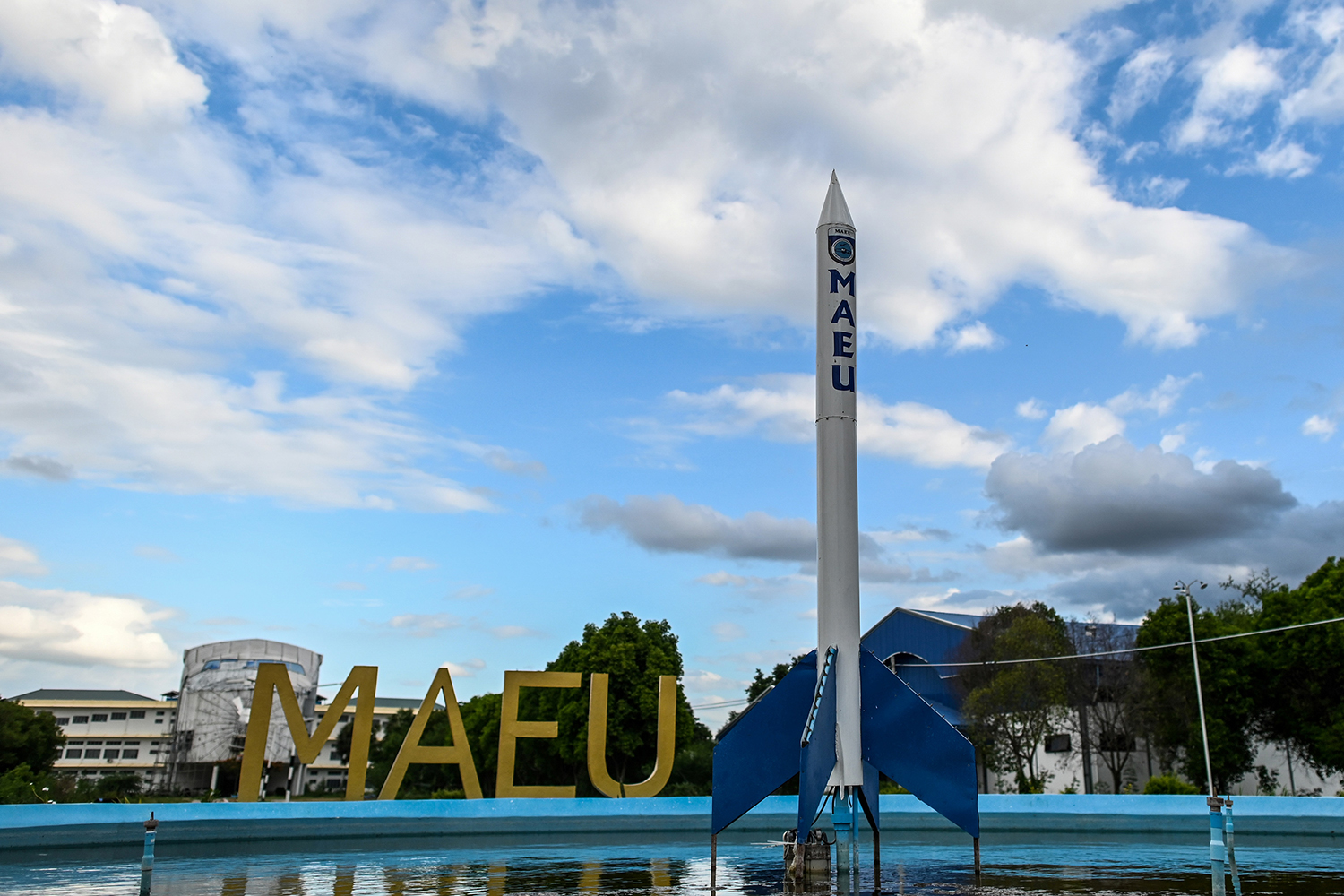 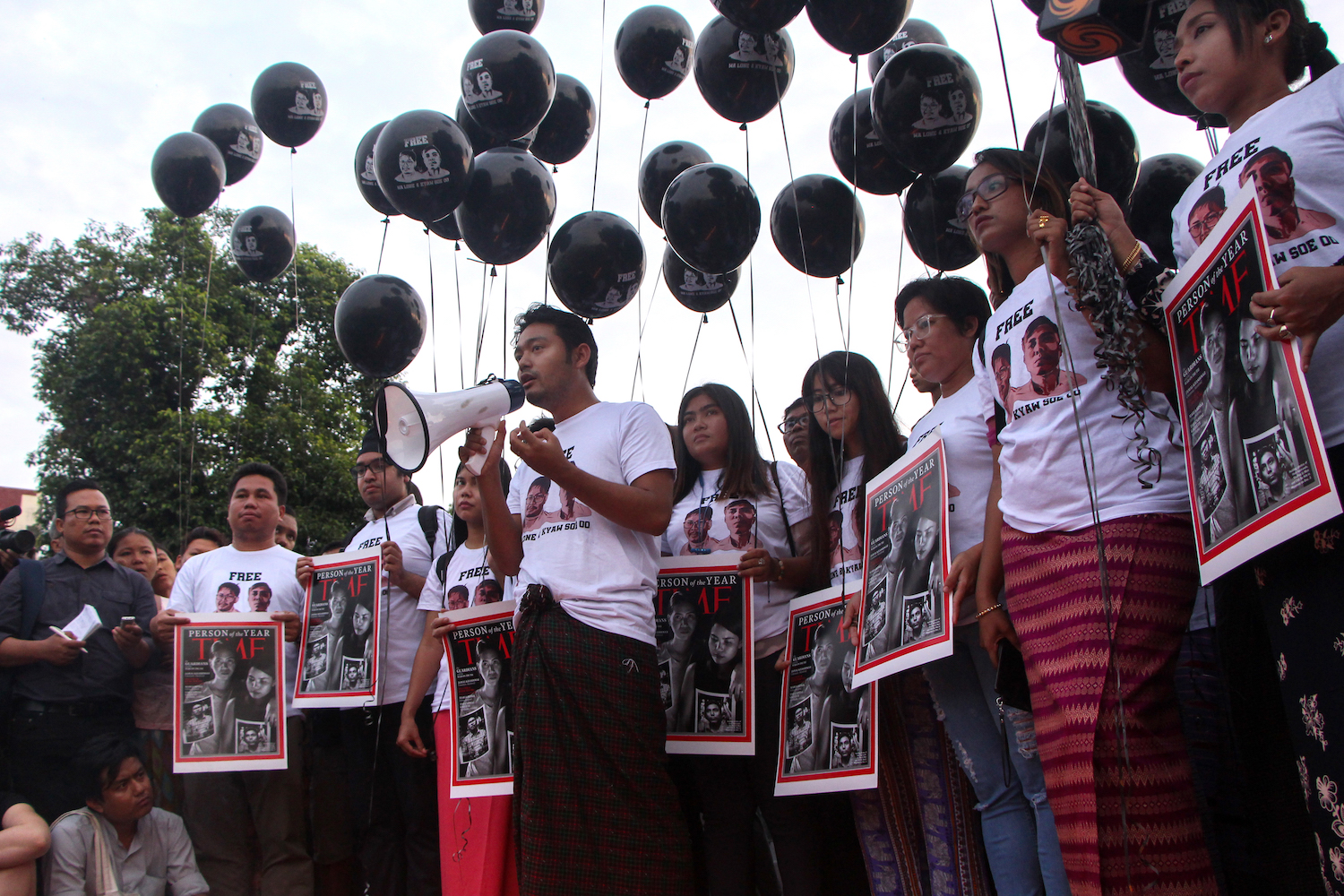