Hluttaw MPs might feel they are being unfairly criticised, but they also need to take responsibility to communicate clearly to the public.

On November 28, the Pyithu Hluttaw (lower house) passed the Child Rights Bill, which had been with the Bill Committee since July 2017. It will now go to the Amyotha Hluttaw (upper house) for approval, after which it would be signed into law by the president.

Two days later, the Amyotha Hluttaw voted in favour of a second amendment to the Penal Code aimed at tackling minor rape, which has been a rising concern in recent years.

The legislature received unfavouable media attention for removing a provision in the Child Rights Bill which stated that no one who is under 18 may register a marriage at court. The argument from the Bill Committee and the Ministry of Social Welfare, Relief and Resettlement, which submitted the bill, was that this is already prohibited under the 1872 Contract Act and was therefore unnecessary.

Daw Aye Mya Mya Myo (National League for Democracy, Kyauktan) argued that the section should be kept so that the law is consistent with the UN Child Rights Convention, which Myanmar ratified in 1991. Her proposal was voted down by her NLD colleagues, and gained just 33 votes out of 384.

The amendments to the Penal Code that the Amyotha Hluttaw passed two days later were to address public concern about the perceived soft punishment for the rape of minors. The Penal Code is a colonial law that was amended by the Union Solidarity and Development Party-dominated government in January 2016 to raise the age of consent from 14 to 16 years old (and from 13 to 15 years old if the couple are married).

The second amendment approved by the Amyotha Hluttaw increased the penalties for sexual abuse, but the Amyotha Hluttaw was soon criticised for not raising the age at which the toughest penalties apply. Under the amended version, those found guilty of raping a woman with a disability or a girl under 12 years of age face a prison term of 20 years or life.

Naw Hla Hla Soe (NLD, Yangon-10) proposed raising this from 12 years of age to 16 but was defeated by a wide margin, gaining only nine votes out of 194. The Bill Committee objected to the proposal on the grounds that the first amendment had already raised the age of consent to 16.

One thing that both of these incidents have in common is that the legislature was unable to clearly inform the public about what was happening inside the chamber. In both cases, members of the public were surprised and angry about lawmakers’ stance on the issue. Facebook comments suggest that the public think the Pyidaungsu Hluttaw is not protecting the rights of children but the details of the law show that this is not a fair criticism.

It would be fair to say though lawmakers were not bold enough. In the case of the Child Rights Bill, they were reluctant to make a strong commitment to pursue the Child Rights Convention, but this did not actually make the legal situation worse for children. In the amendment to the Penal Code, the Amyotha Hluttaw Bill Committee offered an unconvincing explanation for not raising the age for which the harshest punishments are meted out.

The legislature though can’t simply blame its critics for not following proceedings thoroughly. At the same time, lawmakers are not being given the freedom to discuss issues openly during plenary sessions. In addition, public consultations are not conducted regularly prior to draft bills being submitted, and when they do take place they are typically not transparent.

Still, there have been some improvements in recent years, such as the first fully public enquiry (by the Amyotha Hluttaw Agriculture Committee into pesticides and fertilisers), increased stakeholder consultations and the publication of a preliminary sitting day calendar. But the recent public confusion and misdirected discussion show that the Pyidaungsu Hluttaw needs to do more to become a genuine arena for debate, rather than a theatre to approve a party’s agenda.

There are a number of measures the Pyidaungsu Hluttaw could take to improve communication with the electorate. An ideal next step would be to further develop the daily calendar by publishing a probationary order of business, detailing which date particular bills or proposals will be up for vote or debate. That would enable the public to better digest specific bills or proposals before the deliberations or votes happen, helping them engage positively with their elected representatives.

Open-door public consultations would also help to mitigate the risk of the legislature being criticised after new legislation or amendments are approved. Lawmakers could use these consultations to test public sentiment and understand concerns, and then consider these when drafting or approving a bill.

It is also noteworthy that, in these two recent votes at least, the hluttaws are not always voting according to a party line. Some representatives may feel that voting as a bloc means their voice is not being heard, both by other lawmakers and their constituents.

As more and more issues of concern to the public are discussed and voted on in the legislature, lawmakers will want to make their position clear to constituents and, in particular, will want to distance themselves from decisions they don’t support.

To strengthen the role of individual lawmakers and their accountability to voters, the Pyidaungsu Hluttaw should have a mechanism for publishing the voting records of its members. It would contribute positively to the way the public discuss politics, as they could follow the affairs of the legislature through the way their representatives vote.

All these measures to improve communication and transparency will take time to introduce, and that could result in some delays for the legislative process. They will also require the Pyidaungsu Hluttaw to spend more public money, and to review and amend existing laws and rules. But if we care about the quality of laws that the Pyidaungsu Hluttaw makes, and the quality of truly representative and responsive democracy, it will surely be worth it. 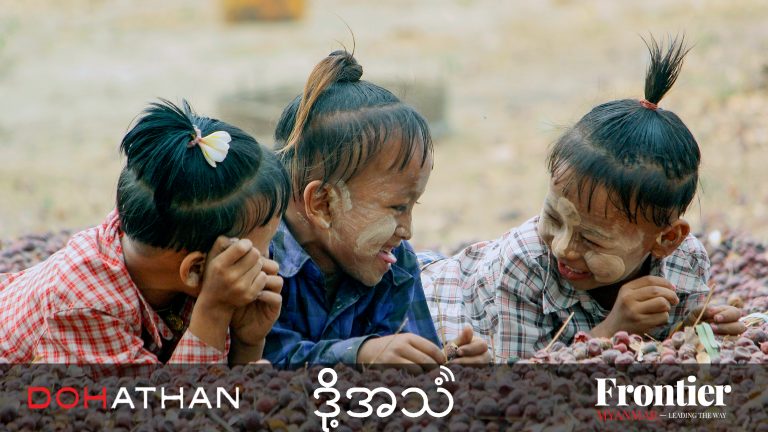 The shocking tale of a five-year-old girl who was jailed by Myanmar's military junta and detained without access to her family or to a lawyer.
BY Frontier