Many ethnic parties paid dearly for split votes in 2015 but mergers to maximise their chances at the ballot box in 2020 seem unlikely in all states but two.

THE 2015 GENERAL ELECTION delivered a stunning victory for the National League for Democracy, but a sharp setback for ethnic parties that they are working to reverse when the nation returns to the polls in 2020.

A key challenge for ethnic parties is consolidation to avoid the split vote that cost them dearly in 2015, when their share of seats in the national legislature declined to 11 percent, down from 15 percent in the 2010 election, which the NLD boycotted.

More than 90 parties, including about 40 ethnic minority parties, contested the 2015 elections. But only 13 won seats, and only four won more than a few seats: the NLD, Union Solidarity and Development Party, Arakan National Party and Shan Nationalities League for Democracy.

The stark lesson from 2015 for many ethnic parties is that their only hope of success at the ballot box is through amalgamation and some have begun negotiating mergers.

These negotiations are taking place as ethnic parties gain more trust from voters, who are thought to be turning away from the NLD because of perceptions that that it has failed to bring development to their states or progress on the peace process.

While progress has been made in some states, with new, post-merger entities formed and old parties set to be disbanded, in other areas talks have hit a deadlock.

Here’s the state of play on merger moves by ethnic parties.

Dr Manam Tu Ja, chairman of the KSDP, is confident that a merger would enable Kachin parties to dominate the state hluttaw after the 2020 election. “Kachin political parties are becoming more trusted by voters in the state,” he said.

He said there were no checks and balances at present in Kachin because both the hluttaw and the government were controlled by the NLD.

As Nay Pyi Taw appoints the state and region governments, the chances of an ethnic party forming the Kachin State government are slim. But winning control of the parliament is more achievable.

“We are hoping to control the hluttaw through a state-based party that will do more for our Kachin people,” he told Frontier.

He said a lack of change under the NLD had created opportunities for ethnic parties across the country to win over voters. “That’s what we are hearing from our voters – next time, they want to vote for an ethnic party rather than a national party like the NLD.” 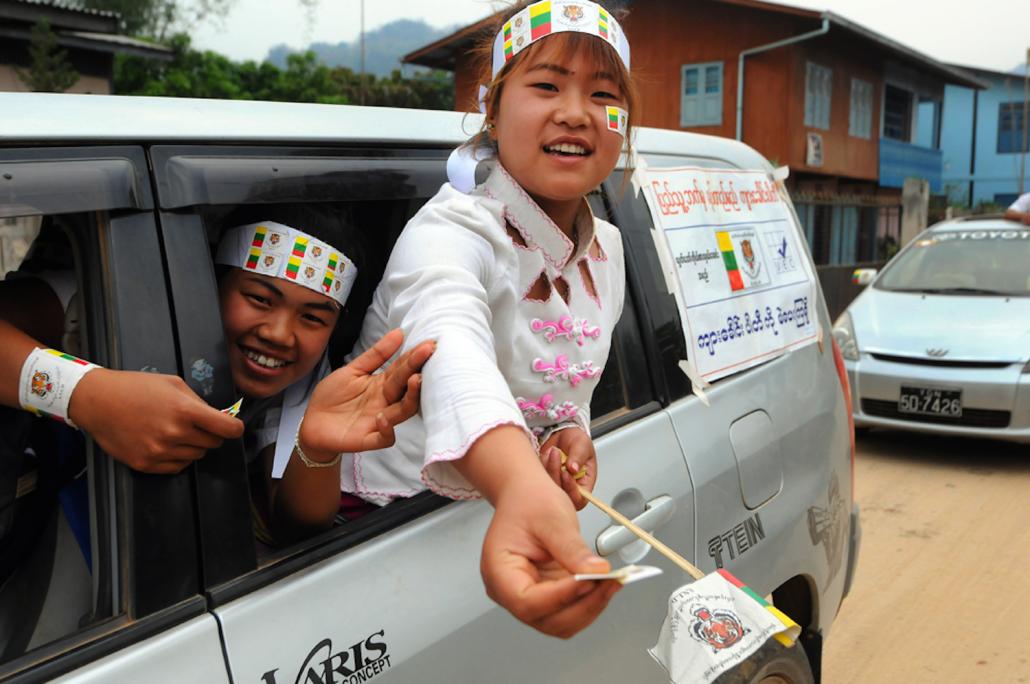 The second most successful ethnic party in 2015 was the Shan Nationalities League for Democracy, which won 24 of the 103 elected seats in the 151-member state hluttaw, and 15 seats in the Union Parliament.

In the April 2017 by-election, the SNLD increased its share of seats in the assembly to 28 and in the Union Parliament, in which in won two Pyithu Hluttaw seats, to 14.

SNLD joint general-secretary 2, Sai Kyaw Nyunt, told Frontier that it had not considered a merger with other Shan parties because of the time to the election and was confident of the support it continued to enjoy from voters.

“Shan people always support SNLD because we are always working for the people, not just at election time,” Kyaw Nyunt said.

His comments follow repeated approaches about a merger from the Shan Nationalities Democratic Party, which stood unsuccessfully in the 2017 by-elections.

The SNDP also proposed a merger with the SNLD last October in a letter to the Committee for Shan State Unity, which includes the two parties as well as Shan ethnic armed groups, and civil society, women and youth organisations. The SNLD has not formally responded to the overtures from the SNDP.

SNDP chairman Sai Aik Pao said a merger was essential if ethnic parties were to have any chance of controlling the state hluttaw, in which the USDP holds 33 seats, unelected military MPs have 34 and the NLD, 23.

His comments were echoed by U Win Myint, chairman of the Inn National Development Party, who said a priority for the party was negotiations on a merger with the Inn Ethnic League.

U Aung Kyi Win, a former general secretary of the INDP, said he had resigned in 2015 after telling the party it had no chance of winning seats in a split vote contest.

The resignation came after the Inn Ethnic League was formed ahead of the 2015 election.

Khun Be Htoo, chairman of the Kayan National Party, told Frontier it planned to form a strategic alliance rather than merge with the other main state-based party, the Kayah State Democratic Party.

In 2015, no ethnic parties won seats in the 20-member Kayah Hluttaw, with the NLD taking 11 of the 15 elected seats and the USDP, four. The All Nationals’ Democracy Party (Kayah State) snatched the seat of Hpruso-1 from the NLD in the April 2017 by-elections, but only after the local NLD office failed to register a candidate in time.

Be Htoo said the appeal of state-based parties was rising among voters in Kayah because they believed the NLD was failing to fulfill promises made in campaigning for the 2015 election.

The KNP’s preparations for 2020 would include updating its policy and setting higher standards for election candidates, he said.

The KNP is studying which constituencies it should field candidates in to give itself the best chance of victory in 2020, he added. 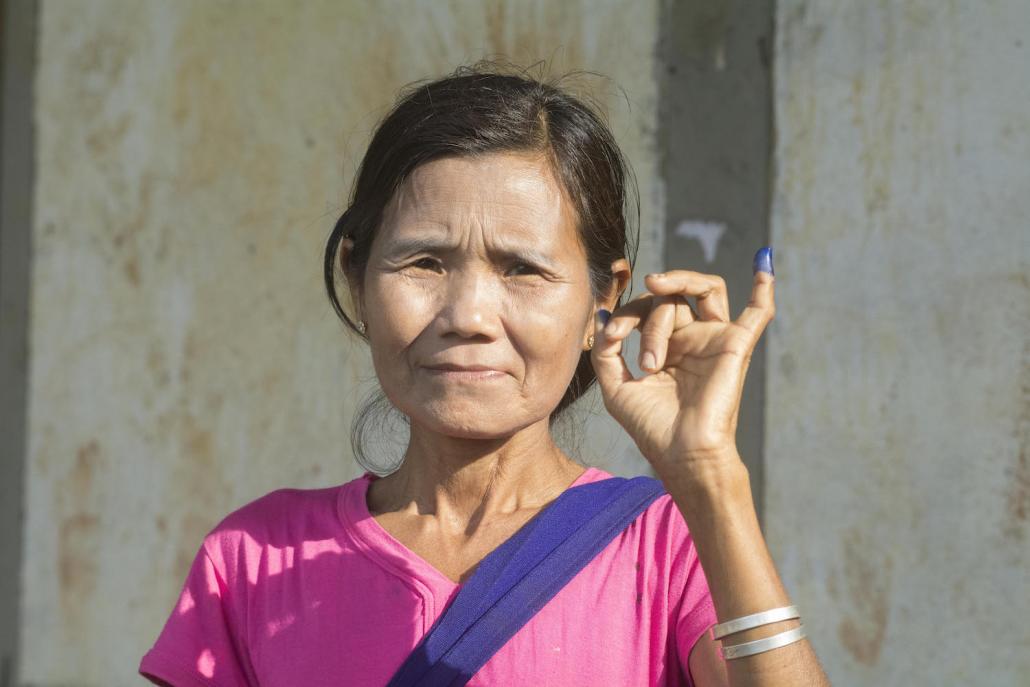 The Arakan National Party owes its stunning success in 2015 to the decision by the Rakhine Nationalities Development Party and the Arakan League for Democracy the previous year to join forces and contest the general election under one banner.

But since the election the merger has frayed badly. In mid 2017, former ALD leaders said the party was being re-formed for the 2020 election. Meanwhile last November, Dr Aye Maung, resigned as chair of the ANP, citing “disunity among the party’s leaders”.

Aye Maung’s resignation came after he was returned to the state hluttaw in the 2017 by-election, when he won Ann from the USDP.

U Oo Hla Saw, a member of the ANP’s central executive committee, downplayed the rift and the departure of party members who formerly belonged to the ALD.

“We don’t care about their impact on their party; people are still supporting the ANP and we are not worried about the 2020 election,” he said, adding that the party was working to rebuild and update policies to address the state’s problems.

ALD general secretary U Myo Kyaw said the party wanted to avoid the nationalist politics of its rivals, which he said were destructive for the state.

“The political party is less important than the Bengali issue in Rakhine State,” he said. “Nationalists in Rakhine are abusing [the issue] for their political interest … But the ALD will never behave like this … it will not bring development for the state.

The most successful ethnic party in Chin State in 2015 was the Zomi Congress for Democracy, which won two seats in the 24-member hluttaw and four seats in the Union Parliament. The other 16 elected seats taken by the NLD and USDP.

The Chin National Democratic Party and Chin Progressive Party, which each held five seats in the outgoing state hluttaw, failed to win any seats in 2015. This setback spurred talks on a three-way merger with the Chin League for Democracy, which was also unsuccessful in the last general election. They have agreed a tentative plan to join forces by the end of this year.

“I believe that if we join forces as one party we will win against any party because the NLD is losing popularity and the USDP is already unpopular,” said Pu Zo Zan, chairman of the CNDP, known until 2014 as the Chin National Party.

Meanwhile, the Zomi Congress for Democracy, which represents a Chin sub-group and says its expects to win more seats in 2020 because of growing support among its constituency, is keen to work closely other ethnic parties to avoid splitting the vote.

However, the ZCD has so far ruled out a merger with other parties.

“No matter whether our political parties have merged or not, the key thing is to have a negotiation and strategy in vying for seats in national and regional parliaments,” ZCD general-secretary and MP Pu Gin Kam Lian (Amyotha Hluttaw, Chin-5) told news website, ucanews.com, on March 5.

Political parties in heavily Christian Chin are confident that they will be blessed in 2020 with a majority in the state hluttaw. The signs are so promising, Zo Zan said, that “we are praying for 2020 to arrive soon”. 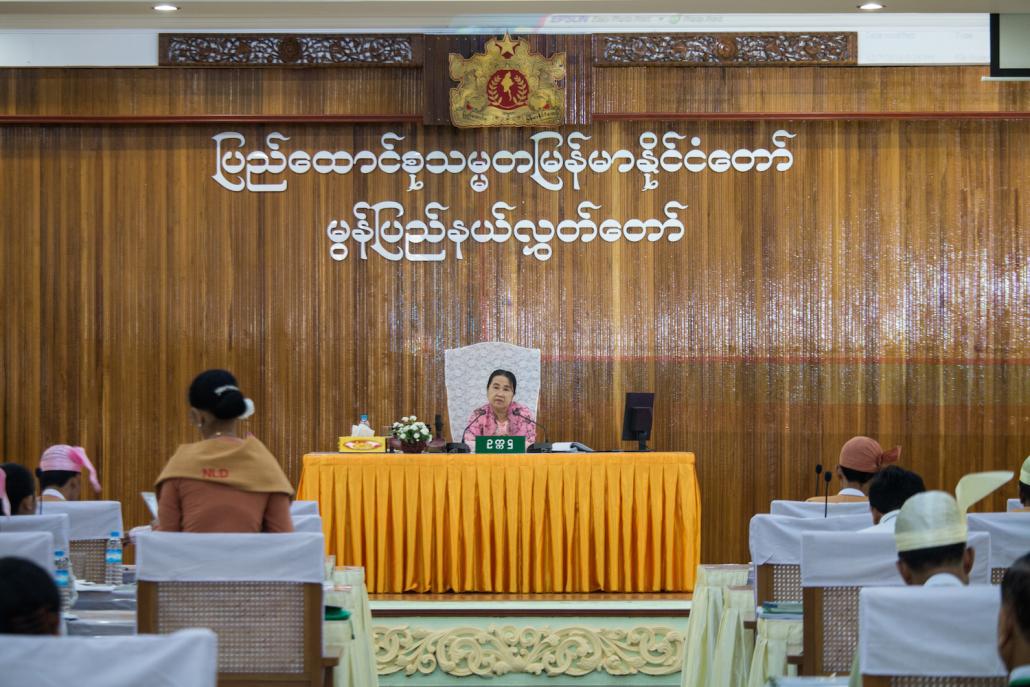 Prospects for a merger of Mon parties seem unlikely, despite a split vote being a factor in a poor performance in 2015, when they won only three of the 23-elected seats in the 31-member state hluttaw.

At a Mon Political Conference held in the state capital, Mawlamyine, in mid-January, the 800 participants agreed to draft a constitution for a new and as yet unnamed party to represent all Mon. Conference organisers said all Mon parties would be welcome to join the new party and would have three months to decide.

In an indication that any merger may prove elusive, the conference was not attended by representatives of the Mon National Party and All Mon Region Democracy Party, the only ethnic parties in the state hluttaw.

A merger between the MNP and AMRDP will be difficult. A previous attempt was only semi-successful, despite more than two years of negotiation. In 2014, some AMRDP members agreed to merge with the Mon Democracy Party, which formed in 2012, to create the MNP.

The MNP subsequently won two state hluttaw seats in its election debut. It outperformed the remnants of the AMRDP, which was formed in 2010 and saw its representation in the assembly fall from six seats to one.

Other factors could play into ethnic parties’ favour. The controversy last year over a decision by the NLD to ignore ethnic sensitivities and name a new bridge near Mawlamyine after the Bamar independence hero, Bogyoke Aung San, will hurt the governing party’s chances in the next election, but whether Mon parties can capitalise on the issue without a merger remains unclear.

“Our Mon people really understand now what they are getting because they voted for the other party,” said Nai Chit Oo, a central executive committee member of the MNP. “Now they really want to have just one party to represent them and we are trying to make it a reality.” 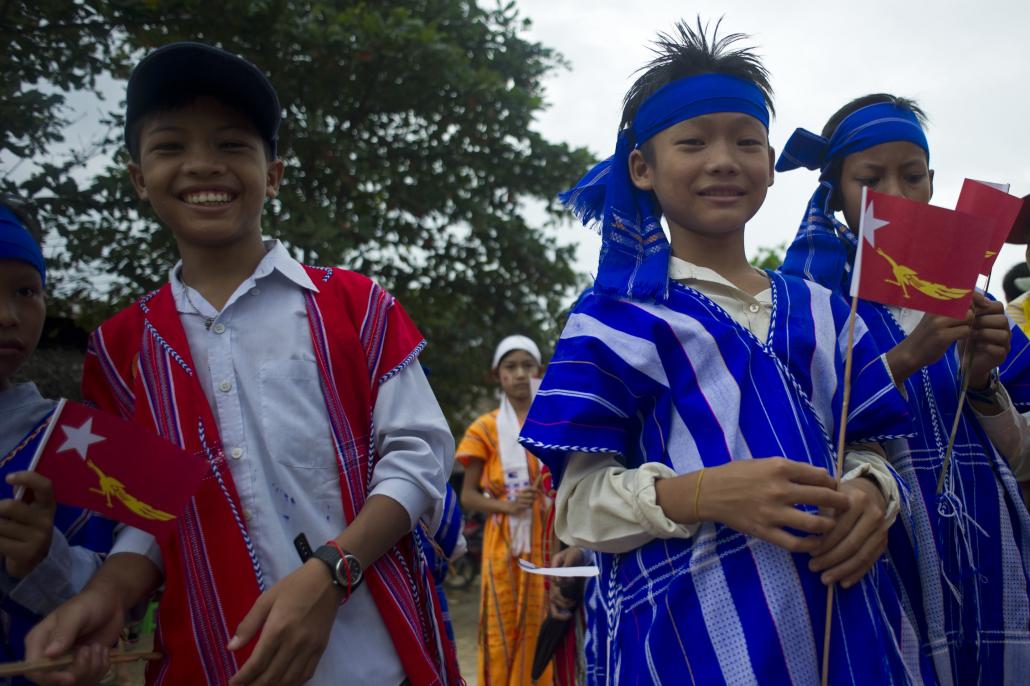 Another two parties, the Kayin People’s Party and Kayin National Party, will also contest seats outside the state.

Mann Aung Pyi Soe, who was recently chosen as the Kayin National Democratic Party’s inaugural chairman, said he hoped that all remaining PDSP members would link up with the new party soon.

“We are still trying to combine with the rest of the PDSP … so that we can achieve our goal of election victory in Kayin State in 2020,” he said.

He said the KNDP was hopeful that it would be the only Kayin ethnic party competing against the NLD and USDP in Kayin State in 2020.

“We think this merger will help us win back the trust from Kayin voters,” he said.