The ball is round, the game lasts… like, one hour

The perils of covering a football match when you don’t know what football is.

LAST MONTH, Myanmar played Singapore at soccer (or football, if you prefer). Each team had a dozen or so players on the pitch, plus some referees, and Myanmar won the match, according to the official scoreboard.

(It should be noted that Frontier’s sports reporter, an American, only got the job after accidentally stepping off the city circle train near Thuwanna Stadium and being whisked through a turnstyle when a drunk, off-duty staffer saw his Frontier ID badge. Once inside, it became a matter of either defrauding the Myanmar Football Federation or actually reporting on the match.)

In a rousing first half (from what Frontier saw of it from the upper deck, at least), both teams energetically carried the soccer ball up and down the pitch. The crowd, being mostly from Myanmar, grew excited whenever the ball came near Singapore’s net, but it never went in.

When approached for comment, fans just asked for selfies with the reporter.

Soon our reporter noticed the VIP boxes on the opposite side of the stadium and realised that if he was going to do proper sports coverage, he would have to find the press booth. He spent the rest of the half making his way around the stadium, taking selfies with fans and trying not to step too close to the drunken men urinating off the ground-level walkway, of which there were many.

But this wasn’t a pissing contest, faithful readers, but a rousing football match! And soon Myanmar (in red jerseys) got the edge on Singapore when they kicked the ball down the field and it actually went in the net!

Frontier witnessed this exciting maneuvre from an exclusive pitch-side position, after an ambulance driver obligingly opened the gate to the edge of the playing field.

After the soccer settled down to its usual back-and-forth, our reporter resumed his search for the press booth with the assistance of an official-looking man with a walkie-talkie, who guided him through some offices and back hallways.

There were large signs on the walls showing exactly what kind of pass grants what kind of access. Our reporter still had nothing but his company ID, but apparently Frontier’s reputation for hard-hitting news was enough.

Finally, the official pointed our reporter toward the doors to the viewing boxes, but in a huge logistical error, these doors were not clearly labelled.

The first room Frontier entered contained a number of official-looking men with clipboards. Our reporter stood around awkwardly until asked to leave. The next room contained only one person – a foreigner – operating a small camera on a tripod.

When approached for comment, he said: “I don’t know, man. I’m just filming.”

Myanmar kicked another goal at that point, or must have done, because the crowd cheered loudly while Frontier was still in the corridor trying different doors.

Eventually our reporter found the press booth and saw that Myanmar had indeed scored another goal. Although Singapore (the blue team) failed to do the same, they came close several times during a period of enthusiastic play certain to bring honour to the highly industrialised city state.

“Singapore’s territory consists of one main island along with 62 other islets,” according to Wikipedia.org.

Soon the clock ran down to 0:00 minutes and most media members left for the conference room for an event known as the “press rumpus”.

Unfortunately, Frontier (not realising soccer games only last, like, one hour) thought it was merely half time, and waited in the press box for a full 10 minutes before joining the other sports reporters in the press rumpus.

The coach of the Myanmar team, speaking with a German accent, discussed soccer tactics and things to keep in mind for future games, but neglected to comment on the human stories of his players, such as the music tracks they play to get pumped for morning training, or tips for an athlete to avoid flu during monsoon season.

(Frontier would have asked these questions, but was too embarrassed for showing up late to the press rumpus.)

According to promotional banners, the match had been a qualifier for the AFC U-23 championship. 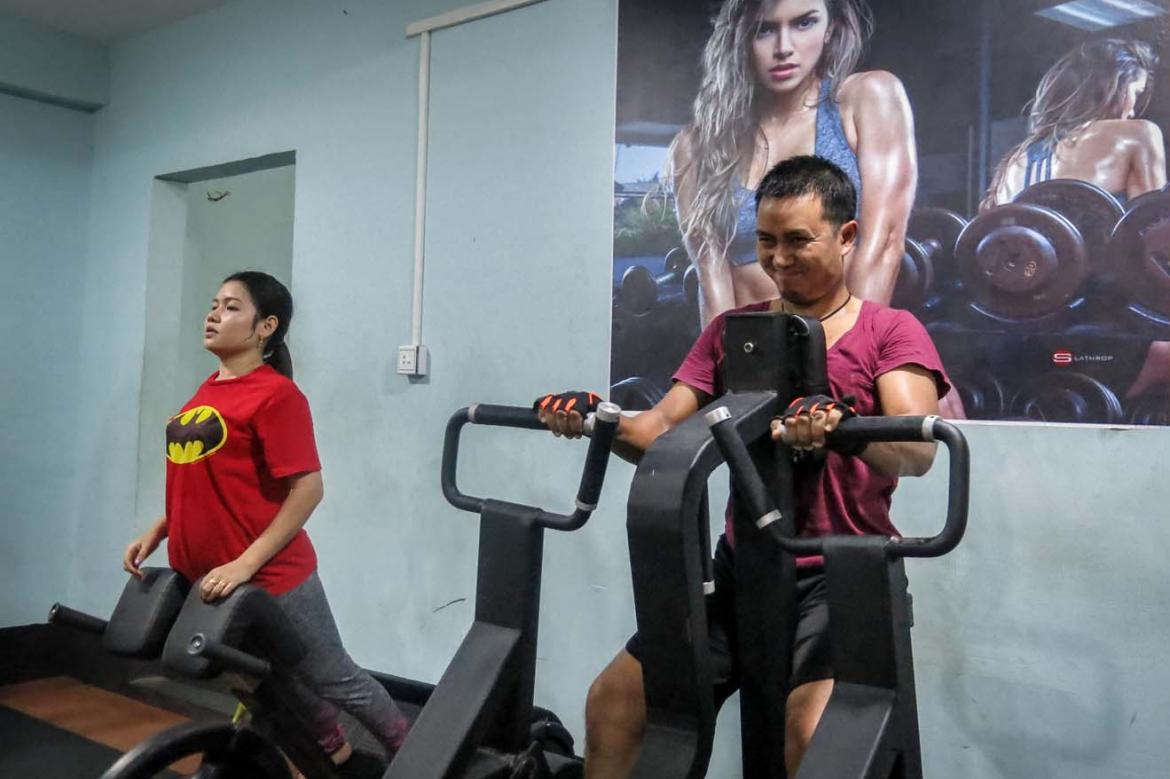 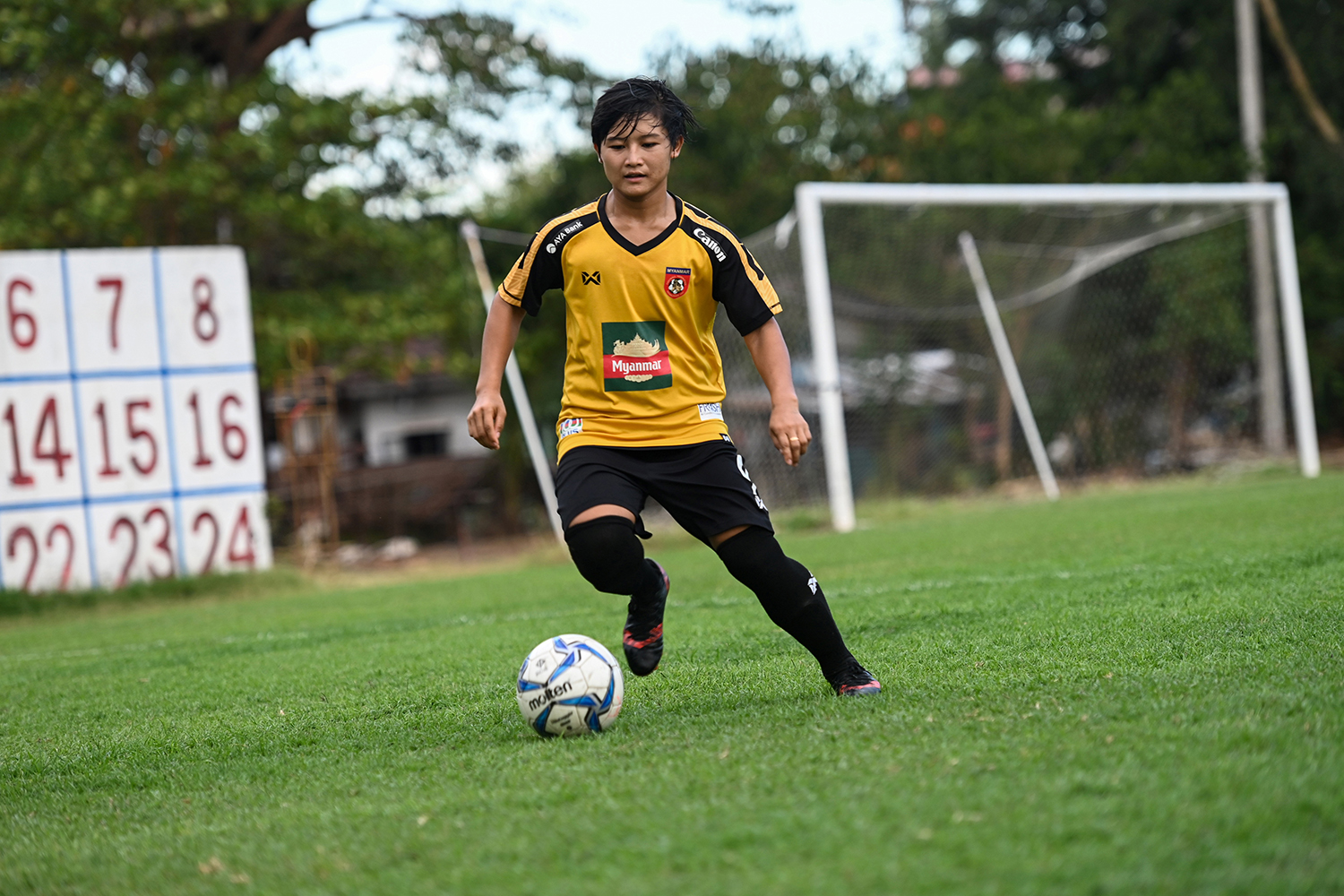