YANGON — Myanmar will begin long-planned talks with armed ethnic groups at the end of the month, as the government’s de facto leader Daw Aung San Suu Kyi targets peace as a prelude to rebooting the economy.

Several complex ethnic conflicts simmer across Myanmar’s poor and militarised borderlands, hampering efforts to build the country’s economy after the end of junta rule. Some groups who fought the army for decades have signed ceasefires but those are fragile, adding urgency to Suu Kyi’s task.

For the first time, peace talks will include groups that have ceasefires in place as well as those outside of the agreements.

“The first meeting of the ’21st Century Panglong’ Conference will be held on 31 August,” according to a statement posted late Monday on the Facebook page of Aung San Suu Kyi.

But that deal collapsed under the junta that took control several years after Aung San’s assassination and embarked on almost 50 years of devastating rule.

The date of the talks emerged after discussions between Suu Kyi and army chief Min Aung Hlaing on Monday in the capital Nay Pyi Taw.

Suu Kyi appears to have developed a good relationship with the senior general in the four months since her National League for Democracy party won a parliamentary majority in elections.

At a speech on Monday marking the anniversary of a brutal 1988 army-led crackdown against student protesters, Tin Oo, an NLD veteran and former general, said it was important to find common ground with the military in the push for peace.

But disagreements over issues such as federal rule, ownership of lucrative natural resources, disarmament of rebels and an end of operations by Myanmar’s army have impeded progress on talks.

The areas beset by conflict are also hot-beds of illegal logging, jade mining and drug smuggling, further complicating the picture.

Suu Kyi wants to thrash out a deal on greater federal autonomy for ethnic groups in exchange for peace.

It is so far unclear which of the dizzying array of ethnic groups and armies will attend the talks, although recent signs have been positive.

“I think many ethnic armed groups will ask the government to join the conference,” Sai Wan Leng Kham of the Shan Nationalities League for Democracy party told AFP.

The lawmaker, whose constituency in Shan State is near one of the conflict zones, explained Suu Kyi’s flurry of peace overtures to rebel groups would likely draw many to the table.

“This step will bring more hope for peace. I am sure of it,” he said. “But we won’t get peace at once.” 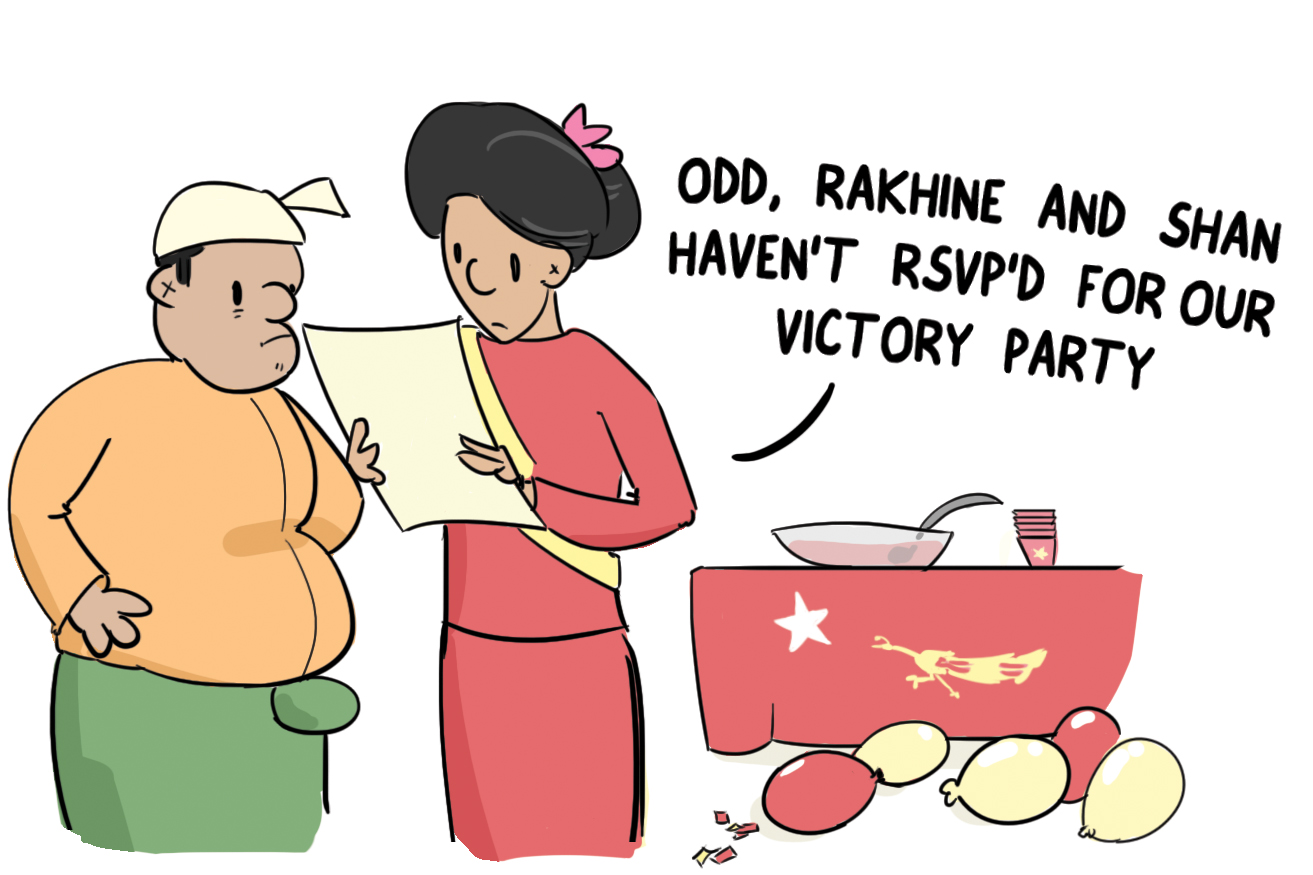