Solitude in the city: A new alleyway renovation project

A new alleyway renovation project in downtown Yangon is the latest project from a social enterprise aiming to promote citizen-led heritage conservation and urban regeneration in Myanmar.

ANYONE WHO has found themselves in downtown Yangon during the hottest part of the day – car horns blaring, sweat dripping down your back – will know how difficult it can be to find a little bit of solitude in the city centre.

In recent years, efforts to renovate some of the city’s parks have certainly made that easier, but it can still be difficult to escape the attack on the senses that often comes with a downtown visit. Sometimes I enjoy the chaos, other times I do not, and during a recent visit when the temperature was nearing 40 degrees Celsius, it was certainly a case of the latter.

Which is why it was such a relief when I found a clean, calm and pleasant alleyway just off 29th Street. The alley, which stretches almost the entire length of the upper block of the street, has been cleared of its rubbish and the walls are filled with colourful and uplifting pictures and messages. Swings have been set up along the street, there are benches and even some dustbins. 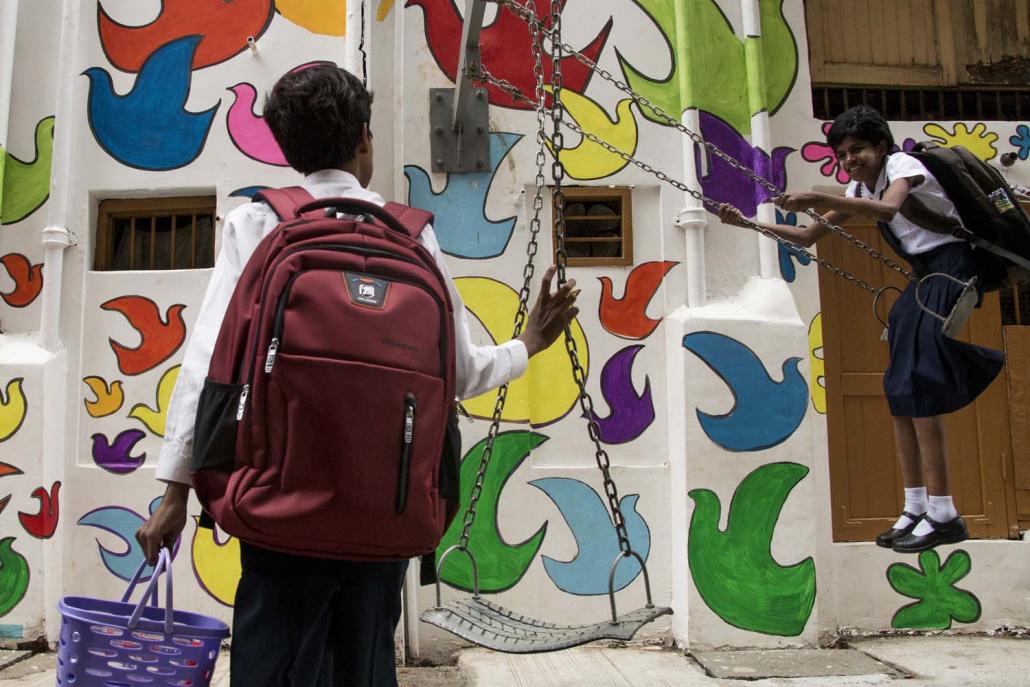 The project is one of six alleyway renovation projects being led by Doh Eain (“Our Home”), a social enterprise aimed at citizen-led heritage conservation and urban regeneration in Myanmar.

“I’m really happy to live on this street,” said Ma Lone Lone, whose house backs onto the alley. She said she had been proud to be involved in many aspects of the project’s development, including helping artists to paint the walls, as well as to clean the street.

“It’s so much better than it was before. Then, there was rubbish everywhere, rats and mosquitoes,” she said. “I would like to see more spaces like this in Yangon.”

The cleanliness of the alley stands in direct contrast to one on the other side of the street, where bags of rubbish spill onto the road, a foul stench fills the air, and rats as big as cats scuttle back and forth. 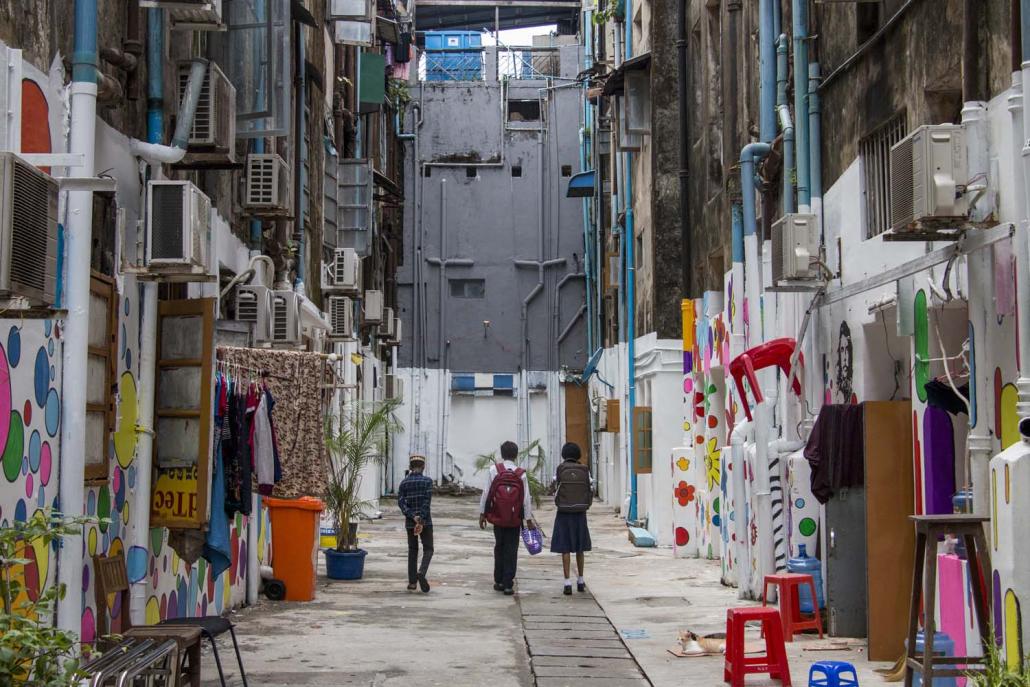 As well as the alleyway projects, Doh Eain is involved in heritage building renovation in Yangon, and is investigating the condition of two buildings in Katha, Sagaing Region, including the former home of author George Orwell, with an eye for potential restoration. It is also planning other public space projects around Yangon.

An important part of their work is to liaise closely with the local community, said Ko Kyaw Si Thu, a project and communications officer with Doh Eain.

“The main thing we want to achieve is for the local community to use the space, and to be heavily involved in what it is being used for,” he told Frontier.

He said that Doh Eain and its donors fund about 80 percent of the alleyway projects, with the rest of the funding provided by the local community. He said that giving local residents ownership of the space means that they are more heavily involved in the process, making the project more sustainable.

“Downtown Yangon, for example, is a very diverse place, and people want different things,” he said. “Children want an area where they can play, but adults want a space where they can relax, maybe read a book. So it’s important that we listen to what they have to say.”