Sanctions: A happy ending for some

Former junta leaders, their crony associates and military-run conglomerates may reap rewards from the US decision to lift sanctions long before the benefits trickle down to ordinary citizens.

MYANMAR STANDS poised for a surge of investment and economic development following the decision by the United States to lift remaining economic sanctions.

The decision, formalised by President Barack Obama earlier this month after being announced during State Counsellor Daw Aung San Suu Kyi’s visit to US in September, was regarded by many as the best news for Myanmar’s economy for decades.

There’s been no shortage of good news on the economy since reforms began in 2011.

In its world economic outlook published in April, the International Monetary Fund predicted that Myanmar’s growth rate this year would be 8.6 percent, the fastest in the world.  The Asian Development Bank, in its Asian development outlook released in late March, forecast a growth rate of 8.4 percent.

When the US released the long list of the individuals and entities who were to benefit from its decision to lift economic sanctions, it caused amazement because few had expected a happy ending for so many. 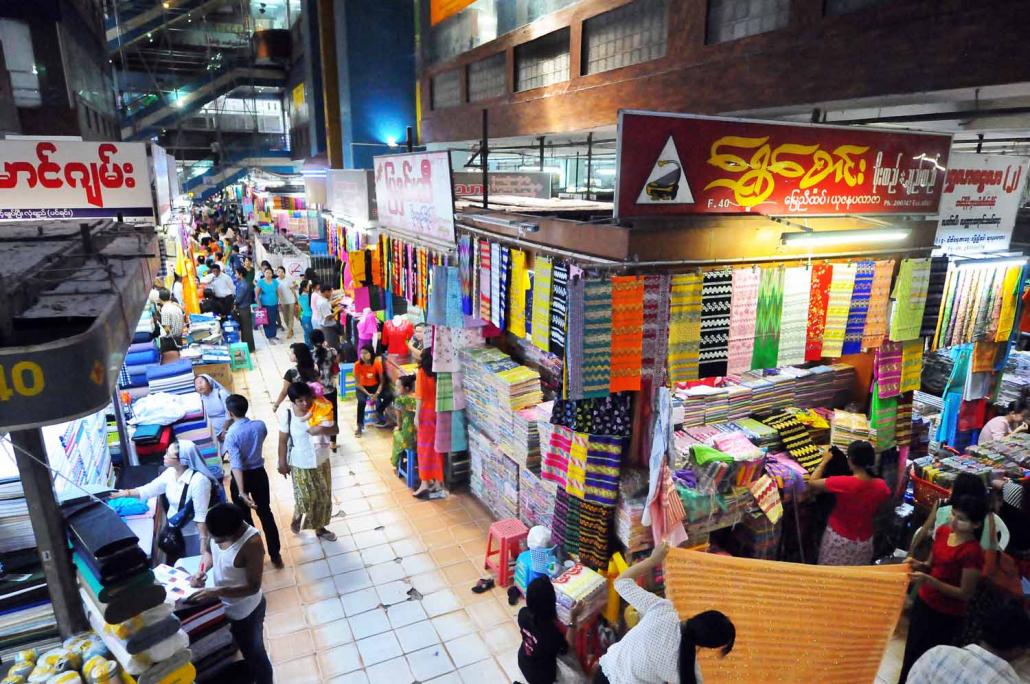 Those removed from a US Treasury Department blacklist included former leading junta members, U Than Shwe, U Maung Aye and Thihathura U Tin Aung Myint Oo.

Some have expressed disquiet that the sanctions decision has benefitted former senior junta members, their business crony associates, as well as UMEHL and MEC, known collectively as the “top group”.

“I can say the essence of the benefit of lifting sanctions is not reaching the ordinary people. It would positively impact directly to the top group’s businesses,” said veteran journalist U Thiha Saw, the general secretary of the Myanmar Press Council. Ordinary citizens will only benefit from the sanctions decision in the long term, he told Frontier.

U Nine Nine, a former political prisoner and the patron and co-founder of a recently formed NGO, the United National Democracy Organisation, said the top group had leverage because of the amount of capital it controlled.

“The current government is yet to be called a real democracy government; I would call it a demo-cronies government,” he told Frontier.

Thiha Saw and Nine Nine each called on the National League for Democracy government to enact an anti-trust law in the aftermath of the sanctions decision to ensure fair competition between the top groups’ businesses and other companies.

Nine Nine said he agreed with the NLD government’s decision to support the lifting of remaining sanctions because it was an elected government acting on behalf of the people. “But I am not satisfied that they [former junta leaders and cronies] do not need to take responsibility for what they did in the past. The current government is responsible for ensuring that the business environment is free and fair,” he said.

U Win Aung, the former chair of the Union of Myanmar Federation of Chamber of Commerce and Industry who was removed from the US Treasury blacklist in April last year, said the business community needed to understand that the lifting of sanctions was supported by a popular, elected government.

“Business people have to think about the country and the people, not like the old days,” said the chief executive of big diversified company, Dagon International. 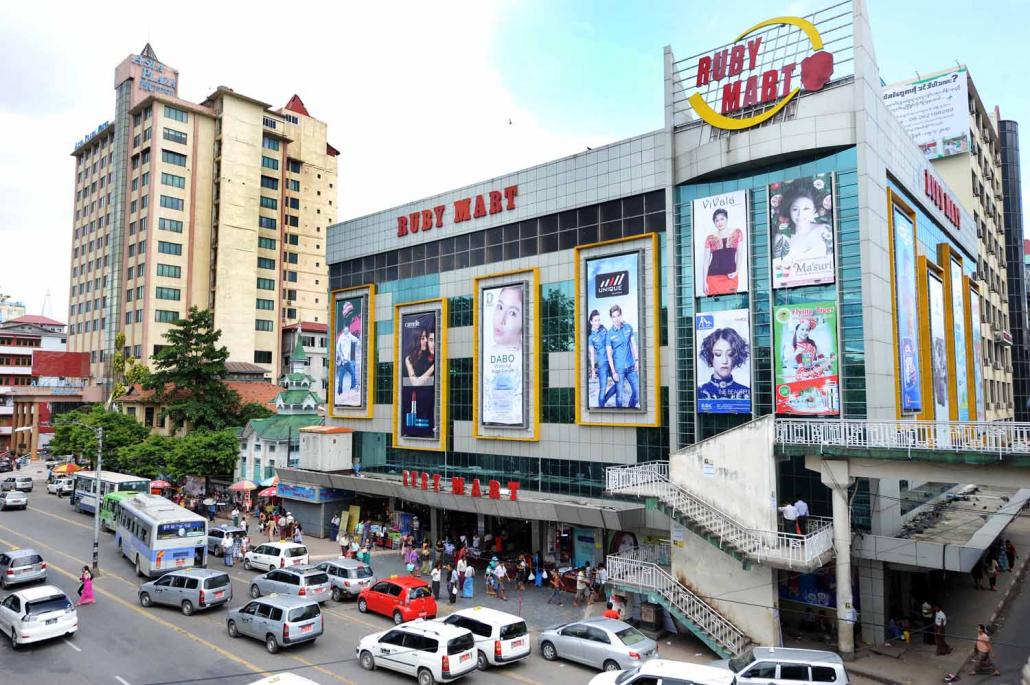 Win Aung, who did not seek re-election as UMFCCI chair at its annual general meeting last month, told Frontier that businesspeople removed from the sanctions list would face challenges.

“Lifting sanctions only means you can do business broader. To be an attractive business partner for a foreign investor it is not enough to be removed from the sanctions list,” he said. Good corporate governance and socially responsible policies were essential to attract foreign partners, he added.

Some of Myanmar’s top business groups and companies have a long way to go to meet acceptable standards of governance and corporate social responsibility.

In its third annual transparency in business report released in mid-September, the Myanmar Centre for Responsible Business said UMEHL and MEC had not published any anti-corruption commitments or social and environmental policies.

Yuzana Group, owned by U Htay Myint and the target of many complaints over land grabs, scored a zero in the MCRB’s transparency survey of Myanmar’s top 100 corporate taxpayers. Zaykabar Co, owned by former Amyotha Hluttaw MP U Khin Shwe, was one of 34 companies that could not be assessed for accuracy because they did not have a website.

The prospect of foreign investment in the wake of the sanctions decision would provide an extra incentive for firms that performed poorly in the survey to “significantly raise their game,” the centre’s director, Ms Vicky Bowman, told Frontier when the report was released.

“Certainly the foreign companies that we talk to are looking at [prospective Myanmar partners] to have strong anti-corruption policies, to be clear on what their business is and to be compliant with the law,” Bowman said.

Without a solid and immediate commitment to improving transparency and corporate governance, “companies like Zaykabar and Yuzana are going to get left well behind,” she added. 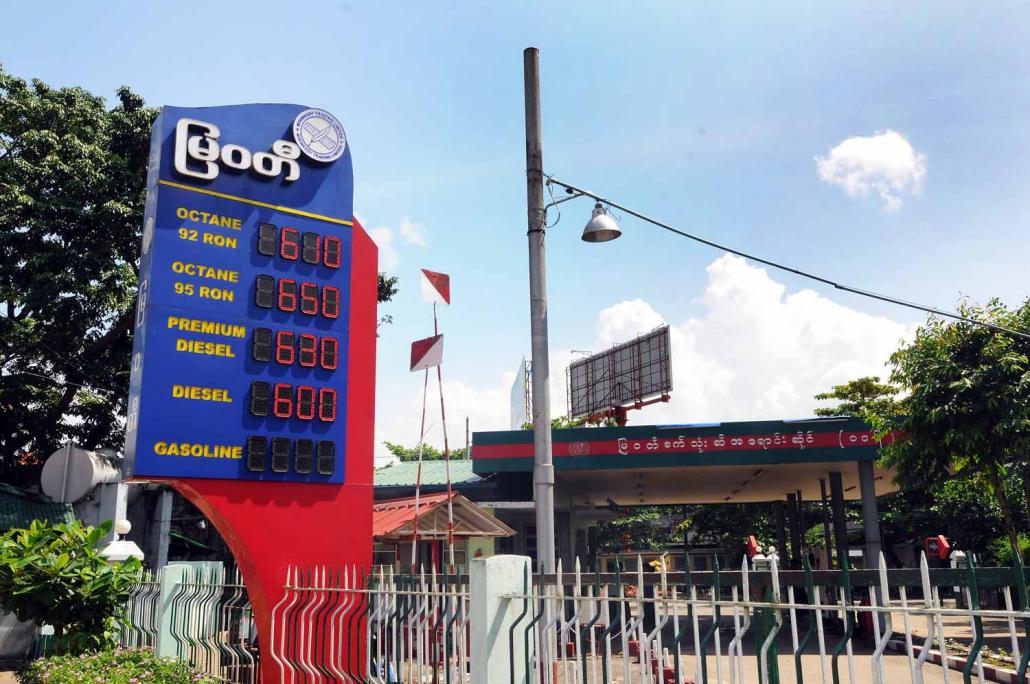 Khin Shwe’s son, U Zay Thiha, the vice-chairman of Zaykabar, declined to comment when contacted by Frontier.

Capacity was another big challenge, said U Aye Lwin, a well-known businessman with interests in manufacturing who is joint secretary-general of the UMFCCI and a member of the Myanmar Investment Commission.

“When foreign investors came to the country and were interested in a product they would always ask how much of the product could be produced within a certain time. It is the most difficult question for Myanmar business people; almost every time we could not give an answer,” Aye Lwin said.

Most Myanmar manufacturers and business people do not have mass production experience, a situation that will be a huge challenge when the big foreign investors come, he added.

Aye Lwin said it would also take time before the business community could benefit from the US decision, announced simultaneously with the lifting of sanctions, to restore trade privileges to Myanmar granted to developing countries under the Generalised System of Preferences.

“It means we can export to the United States as long as our products meet US standards; it will take time,” he said.

The Commerce Ministry is planning to hold workshops to help businesspeople understand the US market, the ministry’s assistant permanent secretary U Khin Maung Lwin has said.

The workshops were needed to help explain US trade rules and regulations, he said. “It also needs some time.”

When Aung San Suu Kyi spoke earlier this month to mark the first anniversary of the signing of the so-called Nationwide Ceasefire Agreement, her speech appeared in the state-controlled Global New Light of Myanmar under the headline, “Let bygones be bygones”.

“I request you not to look back at the past, just draw lessons from it. Just think of our future generations in a manner in which they will not suffer the woes and sorrows we have felt in our past,” she was quoted as saying.

When the NLD government released its economic policy earlier this year, it said it aimed at contributing towards national reconciliation.

National reconciliation may have been among the reasons foremost in Aung San Suu Kyi ‘s mind when she asked the US to lift sanctions, including against those who had persecuted her, the NLD and other pro-democracy individuals and groups for many years.

However, analysts dismissed the suggestion that the State Counsellor’s request to the US was the result of some kind of understanding with the military and business elites. It was more likely, they said, that she was acting in the national interest.

“I think she foresaw the long term benefits for the country,” said Thiha Saw.

But only time will tell if they are right.