There lack of a garbage disposal system at Nyaung Shwe has created an eyesore at Inle Lake, one of Myanmar’s top tourist destinations. 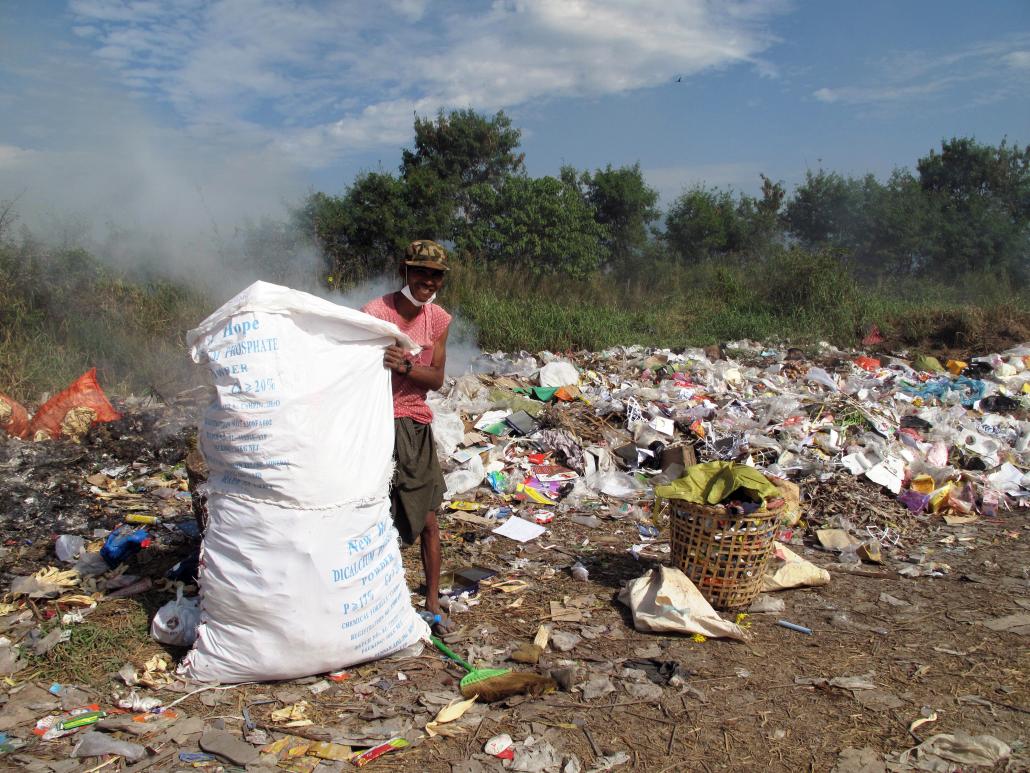 Every afternoon on her way home from school in Nyaung Shwe, Ma Phyu Phyu, 13, rides her bicycle past what has become the main rubbish dump in the town on the shore of Inle Lake, one of the country’s top tourist destinations.

“The smell is horrible, I hate riding past here but have no choice,” she says, holding her shirt to her nose against the smell and the plumes of smoke wafting from the dump across the paddy fields that surround Nyaung Shwe.

The rubbish dump, on the western edge of Nyaung Shwe beside a canal that runs into the northern part of the lake, is one of a few around the town. Much of the rubbish ends up in the lake, especially during the rainy season when water levels rise, say residents.

“I think Inle Lake is becoming a rubbish dump for the entire southern Shan State,” said Ko Myo Min Zaw, a Nyaung Shwe businessman who has proposed a solution for the town’s rubbish disposal problem. “It is not only Nyaung Shwe, but for every place within 20 miles of the lake, the trash ends up in the lake,” he said. The garbage affects the lake’s water quality and is a cause of some of the health problems of the region’s ethnic Inthar people.

Although waste is not the only factor, the quality of the water in Myanmar’s most famous lake has fallen dramatically in recent years. Many residents say they no longer get their drinking water from the lake because it is not safe and have to rely on alternative sources.

A 2012 report by the Myanmar Fisheries Department found that the lake had an average pH of 9.05. Water with a pH level higher than 7 is considered to be acidic.

Environmental group Inle Speaks is holding talks with a Japanese company about building a waste treatment facility for Nyaung Shwe but there’s no time frame for completing the project.

“I think in Nyaung Shwe people are more aware about the impact of littering on the lake, but in some villages around the lake it is still a problem,” said Ma Nang Phoo Pyi Mon, an education advisor for Inle Speaks.

She said the town authorities have a small waste disposal team but most residents burn their garbage, which causes air pollution. 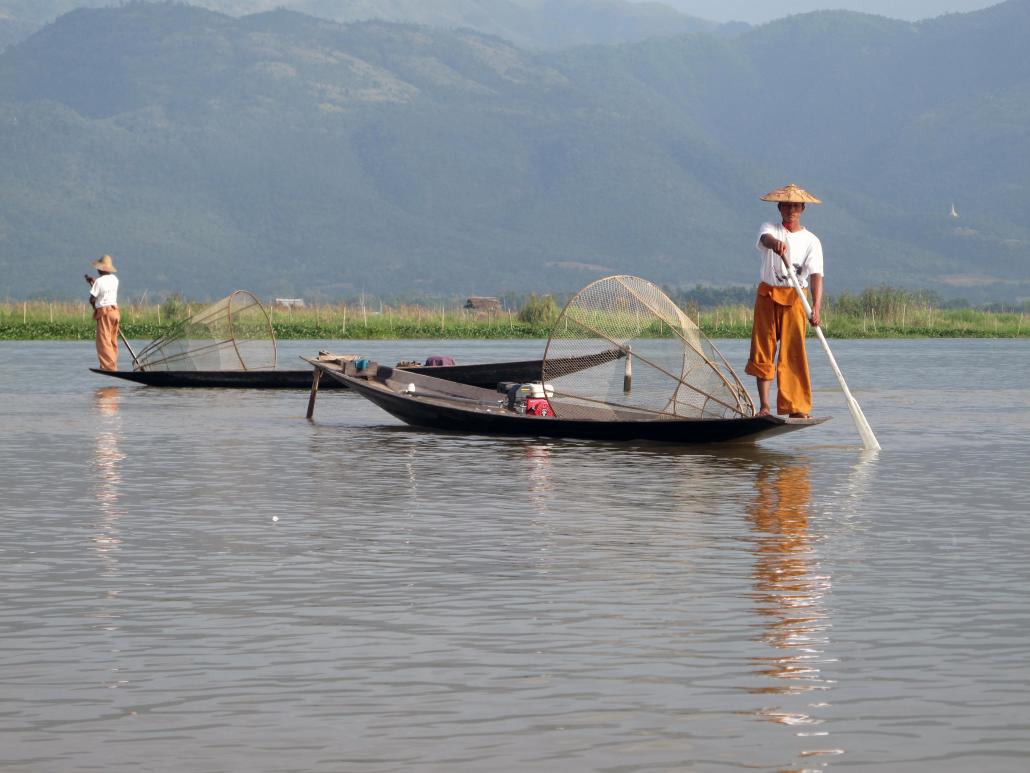 Mr Yannick Borit, a Frenchman who owns Nyaung Shwe’s French Touch restaurant and has lived in the town for 18 years, said residents have only two or three options for garbage disposal.

“There are different places, and they are close to the lake, so the trash ends up in there. That is the problem,” said Mr Borit. “There needs to be a way to recycle these materials. People just throw away or burn because there is no system in place,” he said.

Businessman Ko Myo Min Zaw and his partner, Mr Boris Granges, the co-owners of Nyaung Shwe’s Viewpoint Hotel, say a garbage dump needs to be established far from the lake.

Mr Granges believes a short-term solution is essential and that private companies could eventually become involved through garbage treatment and recycling programs.

“At least we can solve this problem for the time being with little money,” said Mr Granges, who is Swiss. “We could have a big effect, but spend little money,” he said. “The first step is to carry the rubbish out of a wet area and put it into a dry area to burn it. It is simple,” he said.

“Waste will only increase in the town, that is sure. The past is done, now we have to do something for the future,”  said Mr Granges. “Today we have a problem and we have to find a way to solve it.”