Rohingya leader: ‘When the NLD won we were very happy… but now we don’t know’

U Kyaw Hla Aung, a renowned Rohingya leader, worked for decades as a clerk at Rakhine State Court, later becoming a lawyer. In the 1980s, he was debarred and imprisoned due to the military governments’ repressive policies towards the Muslim minority. He has now been jailed four times as a political prisoner; including two stints following the 2012 inter-communal violence.

In an April interview at his home in Thet Kel Pyin Village, next to the sprawling internally displaced persons camps in Sittwe, Kyaw Hla Aung spoke to Frontier about life for the Rohingya before they became stateless under the 1982 Citizenship Law, the groups’ hopes under the National League for Democracy government and recent developments in Rakhine State.

Do you think the NLD government will improve the situation for the Rohingya?

The future is not so good because Aung San Suu Kyi is not giving any green light to us. She is always denying and dodging journalists’ questions about the Rohingya people. She is afraid of her own community and also the Rakhine community. When the NLD won we were very happy, she said she would restore law and order, but now we don’t know. She is very overburdened with so many challenges.

Also, when we were cancelled from the voting lists in 2015, she didn’t say anything to journalists about this. In the 1990 elections [which the army annulled], we were among the elected parliament members. She knows many elected Rohingya, but now she didn’t mention anything about them.

How does the community feel about the government revoking the white cards, the last official ID for Rohingya, and with it voting rights?

We had been voting since independence in 1948, up to the 2010 elections. Now they are denying all our votes. It’s a great loss for us, but we have no strength and we can’t even go to downtown Sittwe to complain to the government to tell them about our suffering. Because of this I’m telling it to you as a journalist.

Since 1960, I was a state court stenographer for 22 years and then I became a lawyer. But after my conviction I lost my lawyer’s license and also my pension. Now, I cannot even vote. 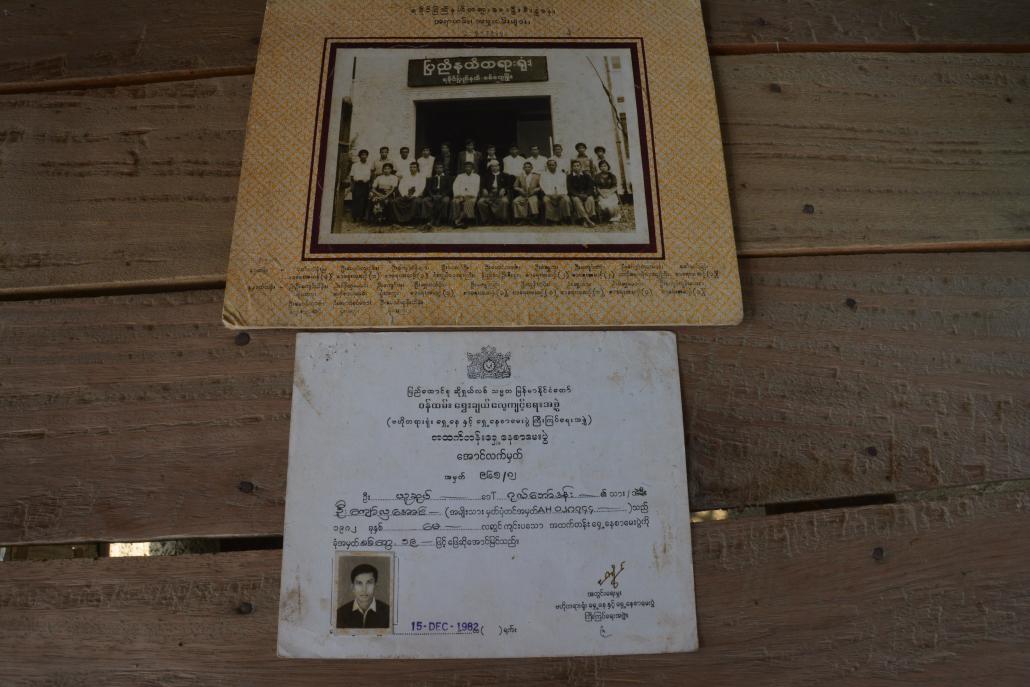 What do you think of the NLD decision in May to reportedly resume the controversial citizenship verification process?

No one here will accept this process because on the survey form there are all sorts of questions that imply we are foreigners. It’s Form 65 for foreigners and has questions such as: which country did you come from, how many years have you been here, and how did you enter the country?

People are very sad now because the NLD did nothing for us yet and they have had no contact with us. And how can any party help us? No party can help because they cannot even get our vote, we have no voting rights.

You said you saw many Bangladeshis in Sittwe Prison, were they caught immigrating illegally to northern Rakhine?

They were arrested while they were fishing in Myanmar waters. This idea that many Bangladeshis are coming is not true, this is propaganda. No [Rohingya] who is from here can even travel from one township to another, so how could they come here? And why would they come here? This is a troubled place! If I could gather all my people and take them to live in another place, even an island, I would take them there!

I read you still have some of your original 1950s citizenship documents?

I have National Registration Cards that were issued in 1959 and 1963. My wife has them, and my parents had them too. My father was a government administrator working in the state court as a head clerk for 40 years. We lived in downtown Sittwe for 60 years, but now we have had to abandon our land and our mosque, and live here.

Since 30 years ago the government didn’t issue any registration to our people. Now, they are alleging we are all here as illegal immigrants. (Kyaw Hla Aung searches in his home and returns with yellow, faded IDs of his family, his lawyer’s degree, old photos and official letters.)

They burned my house during the conflict on June 11, 2012, to destroy my law books, my files and my papers. But two days earlier, I could pass on my important papers to a Burmese lady living nearby, she passed it on to my son in Yangon, otherwise these would have been destroyed. 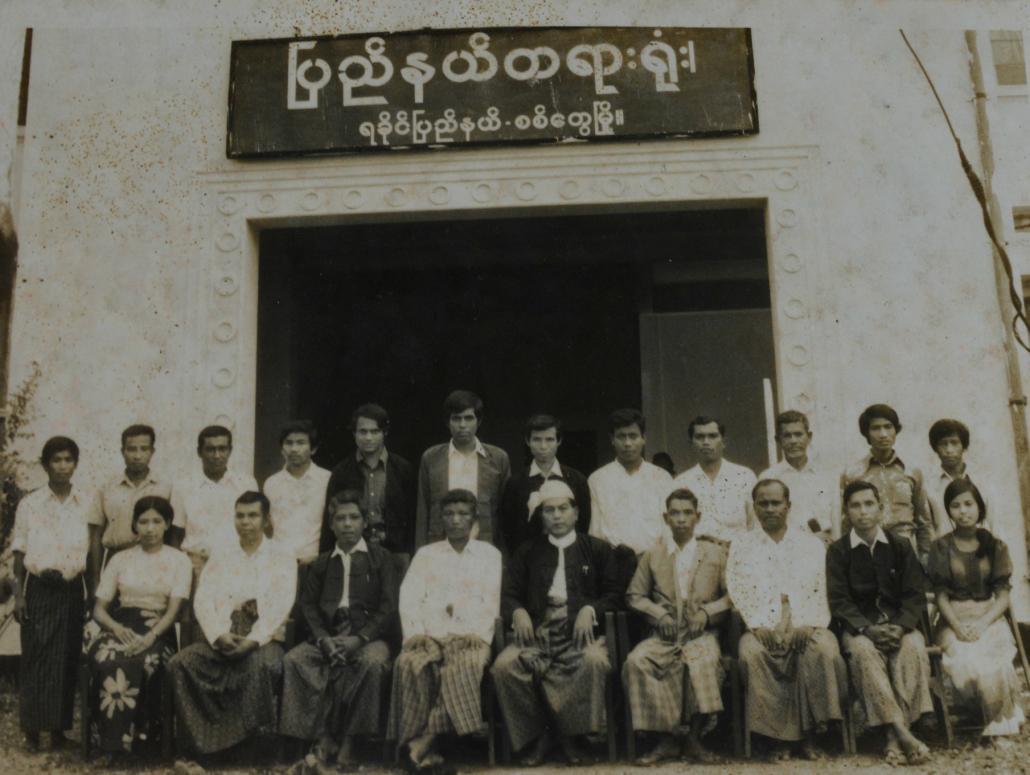 Can you comment on the argument over the term Rohingya and whether they are from here?

In 1948 so many East-Pakistanis [now Bangladesh] and Indians were living here, shopkeepers and so on. [The authorities] didn’t call us Pakistani or Indian or Bengali—at that time they called us Rakhine or Arakan Muslims, or Rohingya. After 1962, all foreigners were driven back to their old countries, India, Pakistan and so on, and their properties were nationalised.

But we lived here as citizens and had our jobs. I applied in 1960 for a job with the state court, my father was also working there. At that time, so many government officials and policemen were Rohingya. But after General Ne Win ruled, bit by bit no more Rohingya were accepted into state jobs and only Buddhists were given their jobs.

Since 1982 the government did not issue any documentation to us, there were even no more birth certificates for Rohingya babies. So this allegation that Rohingya people are illegal immigrants from Bangladesh is not true.

Now, these people are suffering, they get no education, no healthcare, they need to get travel permits and then pay lots of bribes. Before we could stand for election, we had registration cards, with these we could get jobs and travel anywhere, now we cannot.

Are there any activities that you are currently involved with?

We set up an Education Committee in 2012 [and] I was its chairman. But the government destroyed it, so there is no proper education here in the camps and villages. Now in 2016, with the new government, we are trying to set it up again … We want to give education to children, otherwise illiteracy will be high.

This is more important than healthcare. If people cannot go to the hospital maybe 500 or 1,000 can die in a year, but after five years of no education the whole community will die … Only (INGO) Save the Children constructed schools village by village, but there are no teachers. There are some efforts to provide some teachers for schools in the IDP camps, but there are none in rural areas. So people there cannot send their children to school and travel to other schools [with teachers] is very difficult, especially in rainy season.