Review: ‘A Country, A Town, A Human’ at Myanm/art

STROLL INTO downtown Yangon’s Myanm/art gallery and you’ll be greeted by lots of water pots. They’re the focal point of the gallery’s latest exhibition, “A Country, a Town, a Human”, by Yangon artist Khin Thet Htar Latt.

Also known as Nora, Khin Thet Htar Latt is a multimedia artist who has a BA from Yangon’s Dagon University and has showcased her work internationally. As a performance artist, Khin Thet Htar Latt has performed in Japan, Sweden and Malaysia. Her film and documentary work, which often features LGBT subjects, has been shown in India, Spain and Taiwan. In Myanmar, her experimental film “Quarter Number Zero” was showcased at the Wathann Film Festival in Yangon in 2018, and she is involved with the recently opened We Love Dawei Art Space in the Tanintharyi Region capital, where she was born.

It therefore makes sense that her latest show combines elements of performance, video, installation art and photography – but the mix of media doesn’t compensate for the lack of depth in some of the show’s pieces.

Based on the artist’s first trip to Mrauk-U in Rakhine State, where there are water shortages, the show revolves around the large silver pots that the town’s residents use to carry water. Walking into the gallery’s main entrance, large silver water pots sit in the centre of the room, stacked in a formation that lends to the exhibit’s name, “Pot Pagoda”.

Along one wall various colour photographs of water pots perched on the side of pagodas, or with pagodas in the background at different times of day, represent the “town” part of the exhibition. Though attractive, the photographs aren’t particularly thought provoking. They would probably be a better fit in an expatriate’s United Nations-subsidised home than an art gallery.

More interesting is “The New Map of Unity and Diversity, Land for Sale”, representing the “country” part of the exhibition. It consists of a series of disconnected, amorphous shapes sketched onto the gallery wall, resembling the outlines of white islands in a white sea. Keychains that also look like landmasses hang from within the boundaries of these shapes. If you look closely, it’s easy to read the names of different regions of Myanmar seemingly laser-cut into the keychains. The artist’s statement says the exhibit “serves a youth trying to understand their country through experiences struck by politics, economics, and social circumstances,” but leaves the rest to the viewer’s imagination. 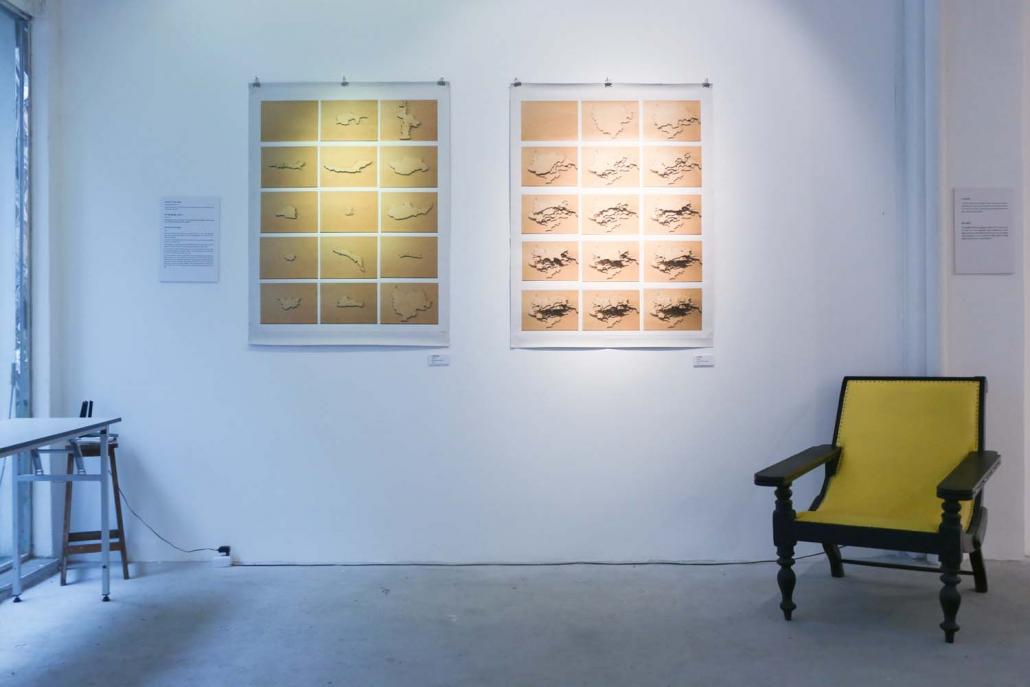 A few metres from the map are two frames, placed side by side, each bearing a grid of photographs of cut-out shapes that evoke landmasses, similar to the keychains seen on the wall nearby. The left frame, a work titled “In Diversity”, shows photos of the cut-out shapes standing alone against a monochrome background, while in the neighbouring frame, titled “In Unity”, each of the photos show different shapes stacked on top each other. The interpretation seems straightforward but the photographs made the audience linger thoughtfully for at least a few minutes.

Some of the most abstract work is the artist’s video installations, beamed onto walls by projectors on the gallery’s floor. Viewers see dark, empty wells in which water is dripping from the outside in to each well. The artist’s statement describes the work as akin to “being inside the deep well”, thereby showing “the lives of youth [who] lack necessary education and their loss of hope in dreams and future.” The imagery is certainly bleak, but adds a welcome multimedia layer.

Underneath one of the two video installations are photographs of the artist during her performance in Mrauk-U. The artist’s statement says the work represents the “human” aspect of the exhibition and was inspired by the “women from Rakhine’s Mrauk-U who are the same age [as the artist].”

The photos depict Khin Thet Htar Latt wearing white as she carries a silver water pot through Mrauk-U. White ribbons stream from the pot onto the road, while villagers look on. Circular orange stickers cover the artist’s face without explanation, leaving the identity of the water carrier in mystery and allowing anyone to place themselves in the performer’s shoes. The photographs are far more engaging than the large water pot photos that line the gallery’s walls and should have been enlarged in their place.

A Country, a Town, a Human is on display until the end of October. The Myanm/art gallery, found at G-42 Urban Asia Center, 48th Street, Botahtaung Township, is open from Wednesday to Sunday between 11am and 5pm. 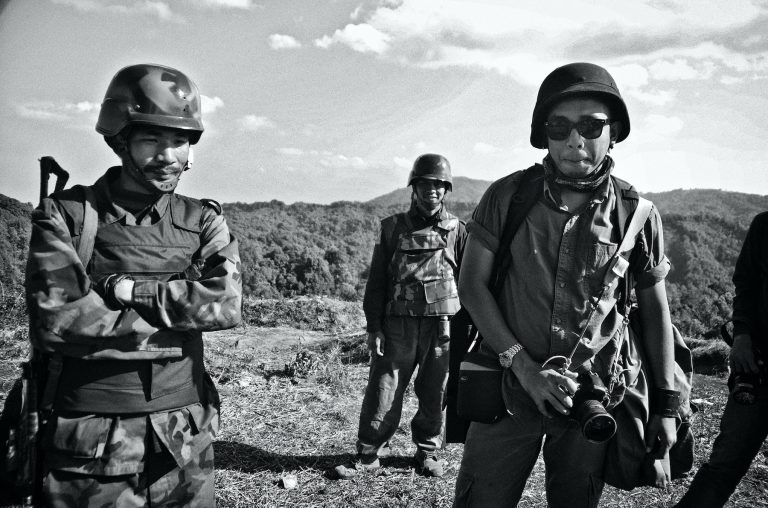 A myriad of challenges has created a dearth of on-the-ground conflict reporting in a nation at constant war for decades, but the law itself may be the biggest obstacle.
BY Pyae Sone Aung 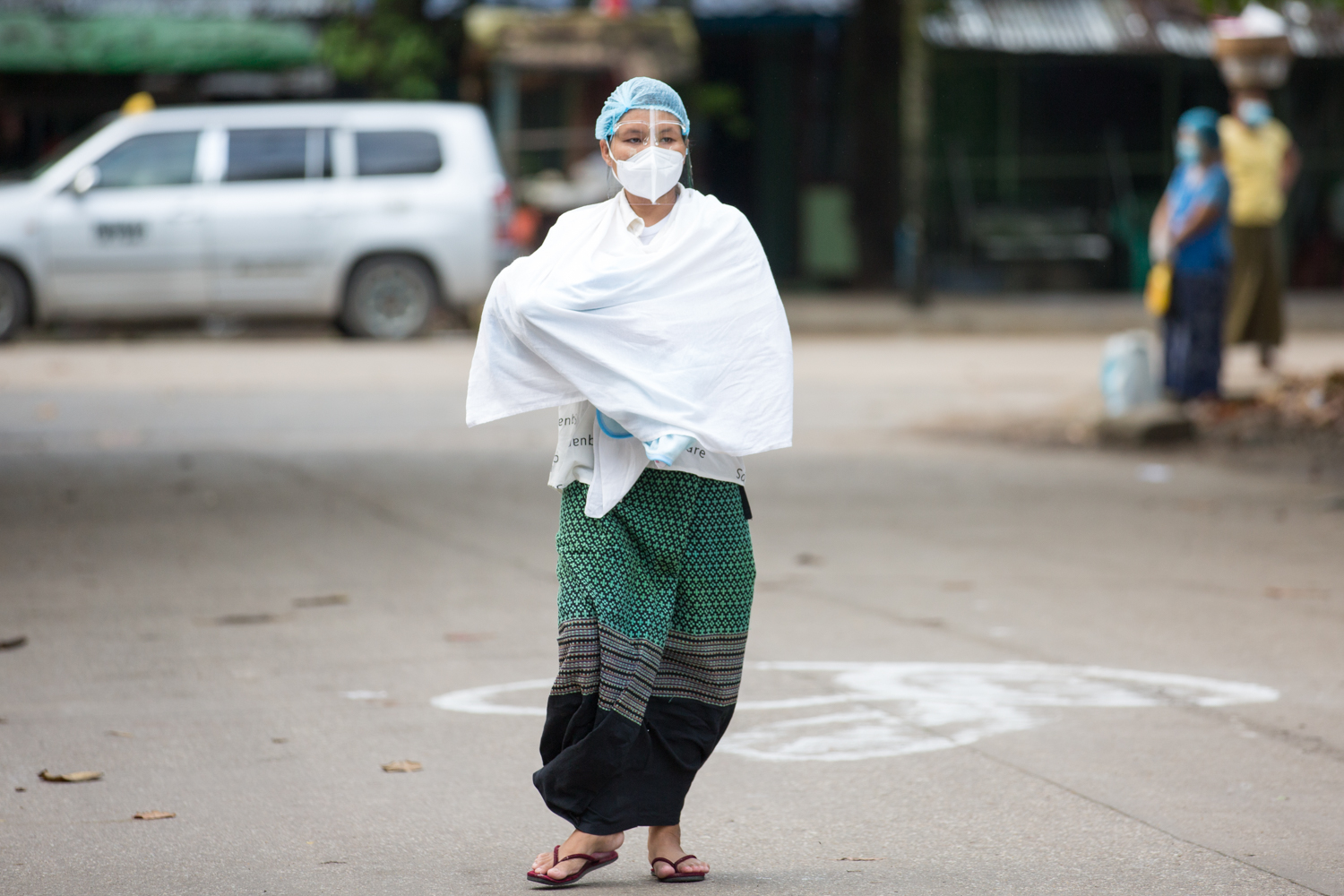 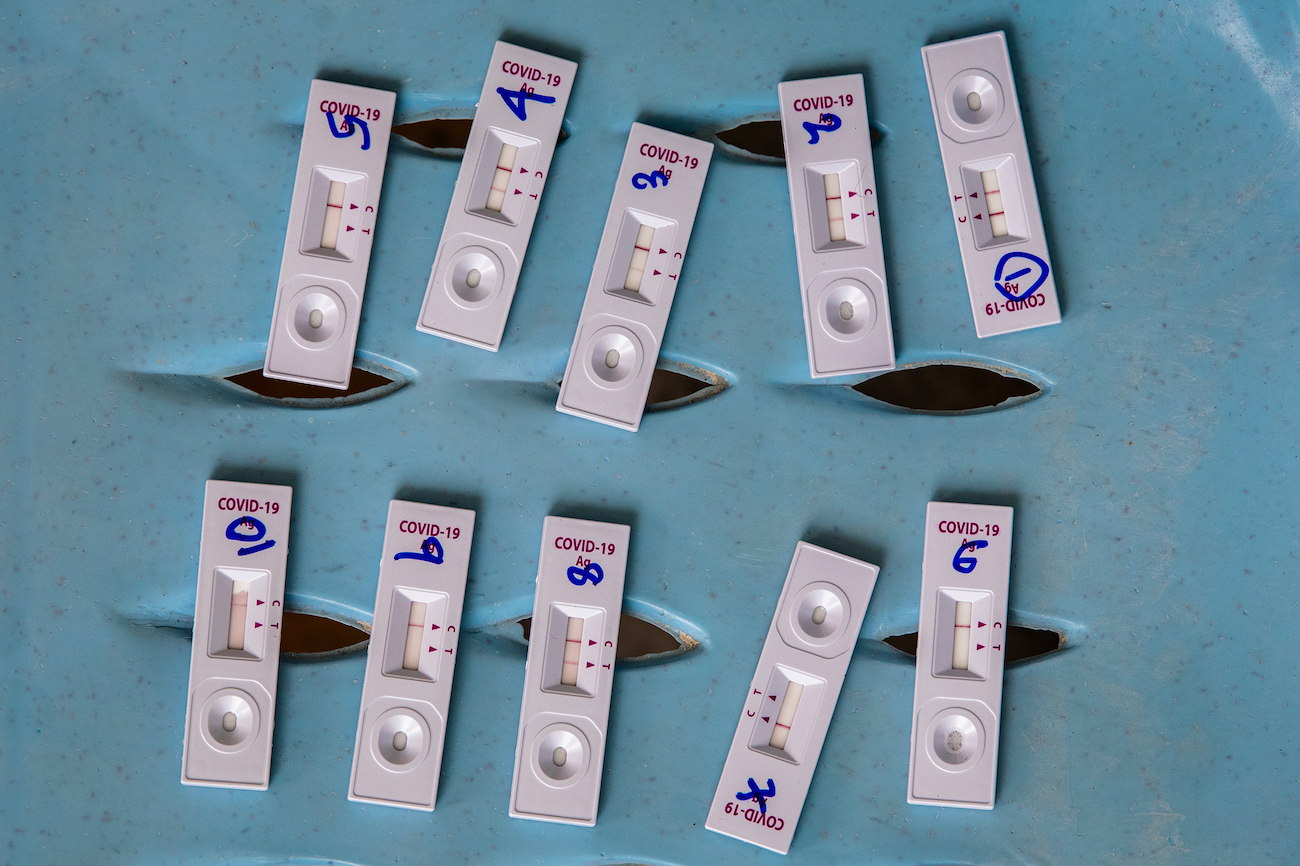 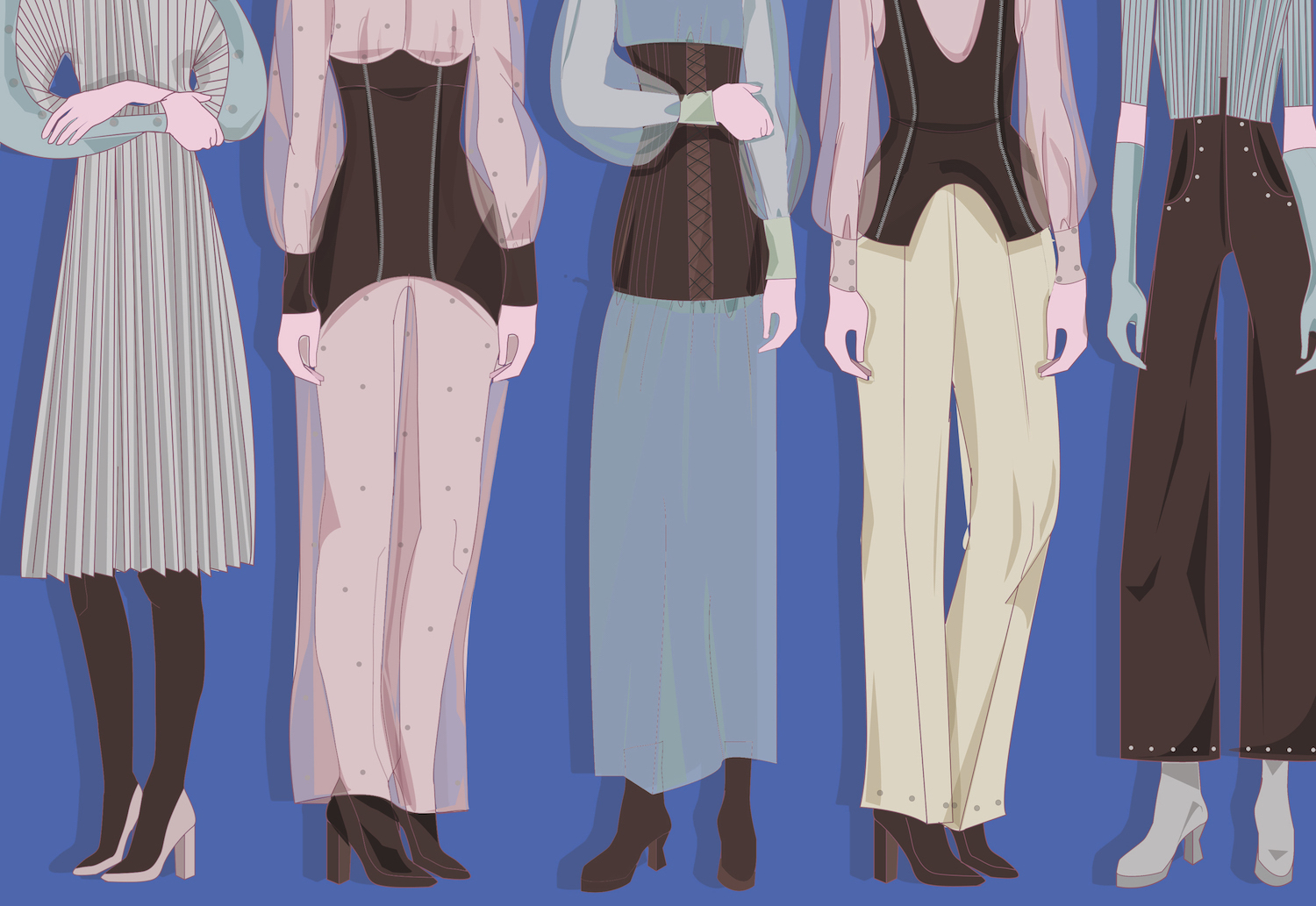