YANGON — The defence lawyer for two Reuters journalists facing lengthy prison terms has disputed the prosecution’s version of events leading up to their arrest.

At a hearing in Yangon’s Northern District Court on January 10, the prosecution formally sought to charge Ko Wa Lone and Ko Kyaw Soe Oo under the Official Secrets Act for possessing classified documents. They face up to 14 years in prison if convicted.

Defence lawyer U Than Zaw Aung told Frontier after the hearing that the prosecution claims the plaintiff, Police Lieutenant-Colonel Yu Naing, came across the journalists while on patrol and the documents were found when they were searched.

“It is not the same as what Ko Wa Lone and [Kyaw Soe Oo] said, and what is understood by the world,” Than Zaw Aung said.

“In fact, Wa Lone and his friend had become acquainted with the police, after they finished their duty in Rakhine,” he said.

“The police invited them to a meeting, and when they went there, the police gave them two envelopes. They said it is important, but don’t read it now. When they went outside, seven police surrounded them and arrested them. It will come out in the trial.”

Wa Lone and Kyaw Soe Oo, who have both been covering the crisis in Rakhine State for Reuters, were arrested on December 12 after meeting with police officers in Yangon. They told their family members that the arrests took place almost immediately after they were handed documents by the police.

Than Zaw Aung said the prosecution had not submitted the documents that were allegedly found on the pair.

“I can only talk about [the classified documents] when they are in my hand,” he added.

Two police officers arrested with Wa Lone and Kyaw Soe Oo have not yet appeared in court and their whereabouts are unknown. Than Zaw Aung said the officers have been included on the witness list for the prosecution.

At the time of their arrest, the government said the officers, Police Deputy Major Moe Yan Naing and Police Sergeant Khin Maung Lin, would also face charges under the Official Secrets Act. Government spokesman U Zaw Htay declined to comment when asked if the two officers had been or would also be charged.

Than Zaw Aung said that the plaintiff, Yu Naing, objected when the lawyer applied for bail on behalf of the accused. Arguments for and against bail will be heard at the next hearing, which is due to take place on January 23, Than Zaw Aung said.

Arriving shortly after 10am, Wa Lone and Kyaw Soe Oo were bundled through a media scrum into the courtroom. In a hearing that lasted 30 minutes, they were told they would face charges under Section 3.1(c) of the 1923 Official Secrets Act.

The clause, which carries a maximum prison sentence of 14 years, prohibits visiting places, capturing images or handling documents that “might be or is intended to be, directly or indirectly, useful to an enemy”.

The Ministry of Information said in a statement on December 13 they were “arrested for possessing important and secret government documents related to Rakhine State and security forces”. It accused them of having “illegally acquired information with the intention to share it with foreign media”.

Speaking to reporters after the hearing, Wa Lone said that they had done nothing wrong and were simply doing their jobs as reporters.

“We didn’t violate any media ethics. Please investigate and report the true stories; while doing that, take care of your security,” he said.

The case has brought widespread condemnation, both inside and outside the country, and comes at a time that journalists inside Myanmar are feeling increasingly under threat, amid a series of high profile arrests of reporters in the past year, as Myanmar’s government and military tackles with international criticism for its handling of the crisis in Rakhine State.

In June, three reporters – two from DVB and one from Irrawaddy – were arrested alongside three other men after reporting on a drug-burning ceremony in territory controlled by the Ta’ang National Liberation Army, an ethnic armed group in northern Shan State. The six were initially charged under the 1908 Unlawful Associations Act but were released without charge in July, having spent almost two months in jail.

The same month as their release, prominent journalist Ko Swe Win was arrested at Yangon Airport on suspicion of violating the notorious clause 66(d) of the Telecommunications Act, which covers online defamation, for a Facebook post deemed critical of nationalist monk U Wirathu. Swe Win was released on bail, but his trial continues.

Then in October, three journalists and their driver were arrested for flying a drone near the parliament building in Nay Pyi Taw. Myanmar journalist Ko Aung Naing Soe, Malaysian Mok Choy Lin and Lau Hon Meng, from Singapore, were on assignment for Turkish broadcaster TRT and jail for two months, alongside driver U Hla Tin, for violating the 1934 Aircraft Act. They were released in December.

The most recent high profile case regarding the Official Secrets Act came in 2014, when the now-defunct Unity Journal ran a front page story claiming to have exposed a secret chemical weapons factory run by the military in central Myanmar.

The quasi-civilian government at the time denied the story, seized copies of the newspaper and arrested four Unity reporters and its CEO. In July 2014, the so-called “Unity Five” were sentenced to 10 years in prison with hard labour. The sentence was later reduced to seven years, and they were released in a presidential amnesty in April 2016.

Observers from a number of foreign embassies attended the trial on Wednesday, and there has been much international criticism.

Shortly after the hearing, Reuters president Mr Stephen J. Adler said the charges were “wholly unwarranted” and a “blatant attack on press freedom”.

“Our colleagues should be allowed to return to their jobs reporting on events in Myanmar. We believe time is of the essence and we continue to call for Wa Lone and Kyaw Soe Oo’s prompt release,” Adler said in a statement.

Amnesty International also called the arrests a “blatant attack on freedom of expression”, and said they were preventing journalists in the country from independently reporting the situation in Rakhine State.

Before Wednesday’s hearing, former US President Bill Clinton joined the chorus calling for the pair’s release.

“A free press is critical to a free society – the detension of journalists anywhere is unacceptable. The Reuters journalists being held in Myanmar should be released immediately,” Clinton said in a Twitter post. 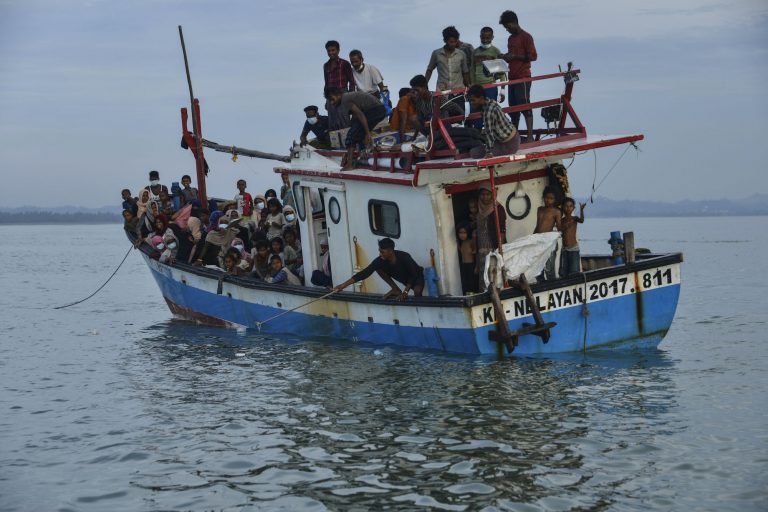 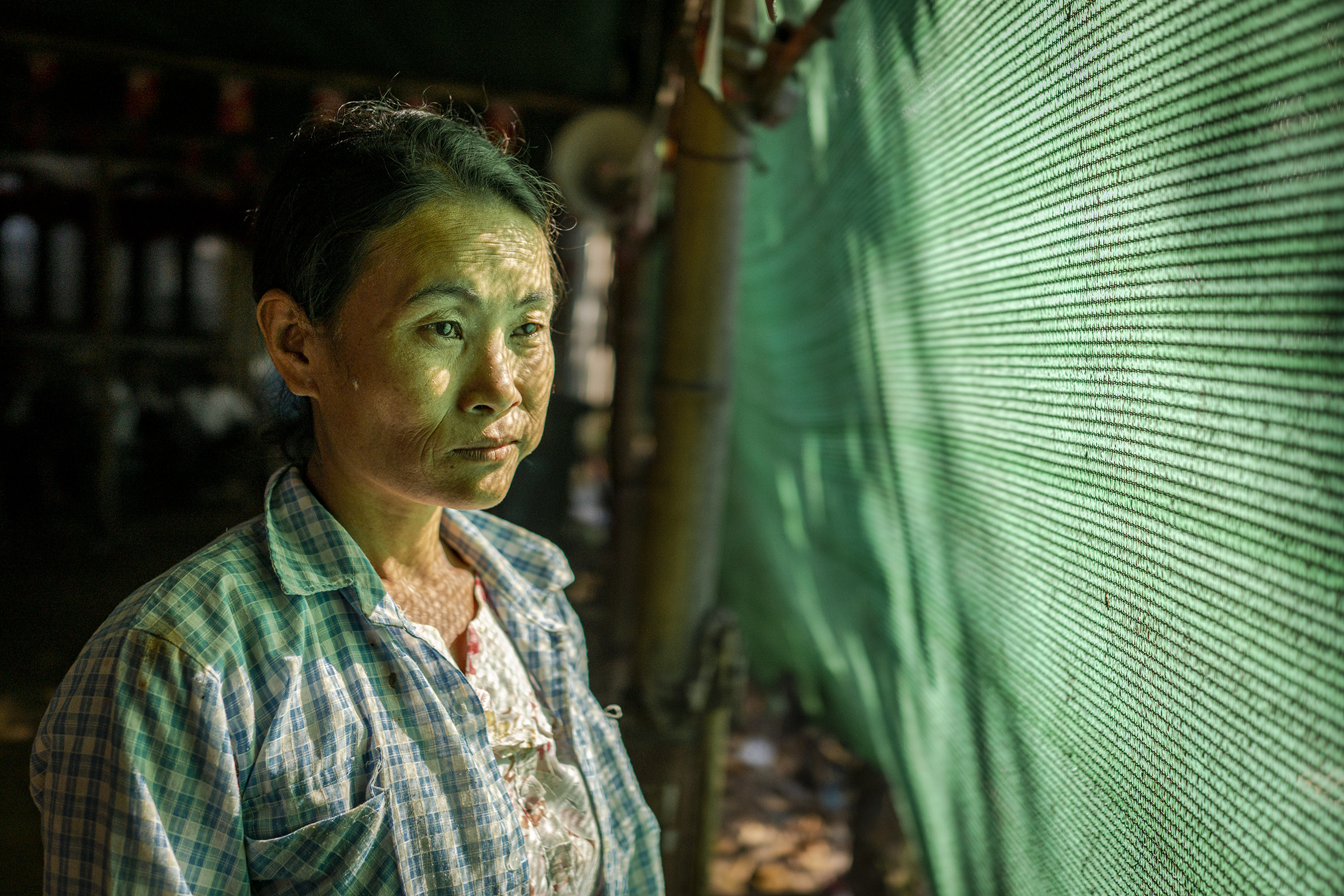