The State Counsellor’s office has accepted the commission’s recommendations, which also call for the perpetrators of human rights violations to be “held to account”.

YANGON — The Advisory Commission on Rakhine State says the government needs a comprehensive plan to close displacement camps as part of any solution toward the festering communal tensions in Myanmar’s west.

Releasing its interim report on Thursday, the commission noted that efforts to return or relocate the more than 120,000 people living in IDP camps had “shown little progress” since 2012, and a strategy to close the camps with clear timelines was necessary.

The report identified 335 households in IDP camps, comprising a mix of Kaman, Rakhine and Muslim communities, that should be returned home or relocated as a preliminary expression of “goodwill”.

International member Mr Ghassan Salame, who headed a Thursday press conference in the absence of commission chair Mr Kofi Annan, said it was crucial the government provided infrastructure and construction support to the returnees.

The commission, formed last year by the government to find solutions to conflict and development issues in Rakhine, has issued a total of 13 recommendations in response to its mandate. 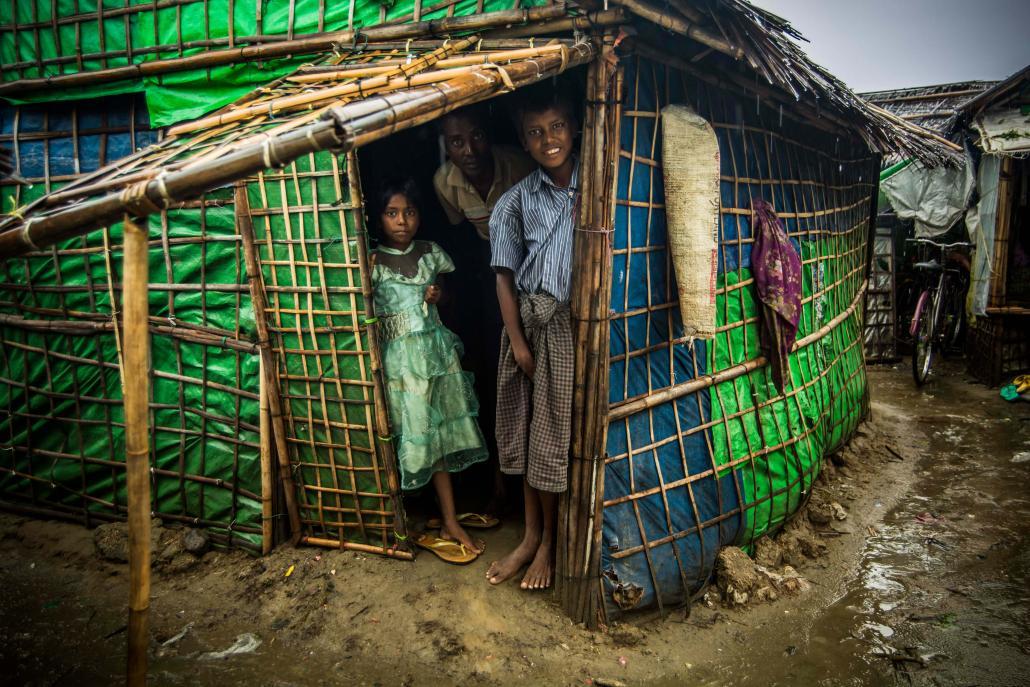 A makeshift home at an IDP camp in Sittwe. (Maro Verli | Frontier)

Demurring from calls elsewhere for a United Nations investigation into recent violence in the state, a measure currently being considered by the Human Rights Council in Geneva, the commission endorsed an “independent and impartial” inquiry to hold the perpetrators of human rights abuses accountable.

“We strongly believe that perpetrators of these crimes must be held into account,” Annan said, in a prepared statement broadcast at the press conference from Geneva.

“Our recommendations, of course, go beyond the current situation in Northern Rakhine and include proposals relating to: the protection of rights, freedom of movement, enhanced economic and social development and the edification of Rakhine’s cultural heritage.”

A February report by the UN Office of the High Commissioner for Human Rights concluded that hundreds had been killed in Maungdaw District since October, when a security operation was launched in response to an attack on police and border guard posts by militants.

More than 73,000 people fled across the border to Bangladesh in the subsequent months, where refugees relayed harrowing stories of rape and extrajudicial killings at the hands of Myanmar security forces.

The State Counsellor’s Office issued a press release late Thursday indicating the government’s support of all recommendations in the report and pledging its continued cooperation with the commission.

“The implementation of a few [recommendations] will be contingent upon the situation on the ground but we believe there will be speedy progress,” it said.

The commission has also called for the full resumption of humanitarian and media access to northern Rakhine in the wake of the October crackdown, along with cultural and human rights training to security forces in the state with the support of international donors.

Long term, the commission recommended the government devise plans for inter-communal dialogue and political representation for the state’s non-Rakhine inhabitants.