An eco-lodge established on one of the most remote islands of the Myeik Archipelago aims to show that tourism development can be undertaken sustainably.

NOT LONG after leaving the bustling jetty at Kawthaung, Myanmar’s southernmost city, the traveler will find themselves surrounded by the hundreds of islands that make up the Myeik Archipelago; some are so close you can see in detail the different flora on them, while others are nothing more than blue-green shadows on the horizon.

After five hours of cruising through the archipelago, the boat’s captain smiles and points to an island in the distance.

“Ah, here it is,” he says, identifying Boulder Island. 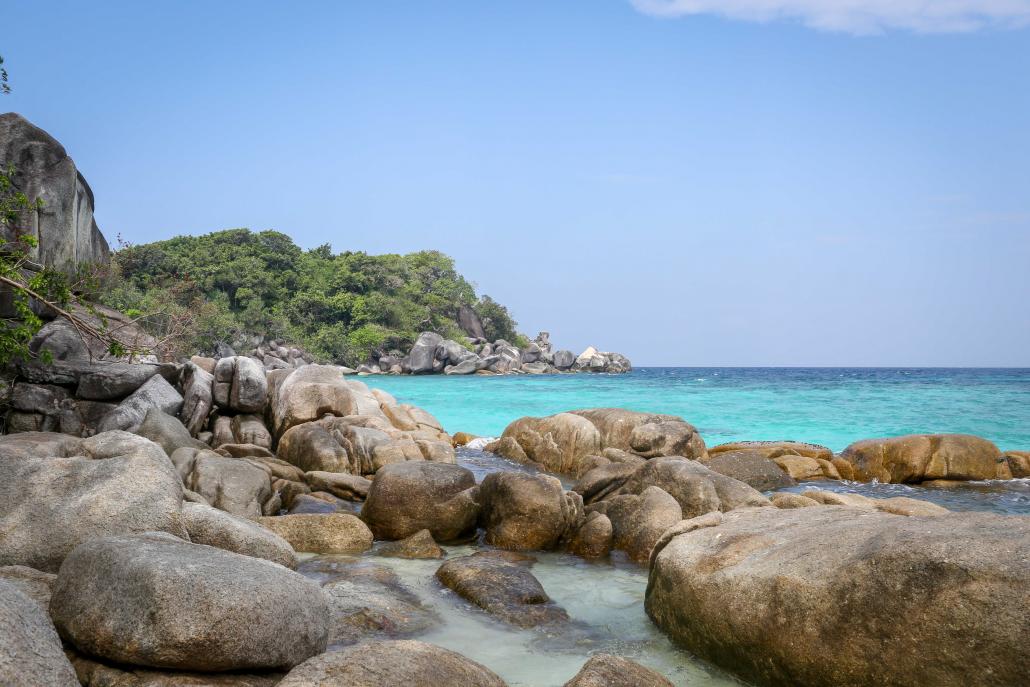 To the untrained eye, it’s difficult to see how he could differentiate any of these islands, so it’s a fair question to ask how this particular landmass is discernable from the others. The captain’s answer is simple:

“I know it’s this one because it’s the very last one before there’s nothing but open sea,” he says.

Boulder Island Eco Resort is about 80 kilometres (50 miles) from Kawthaung, one of the most westernmost islands of the Myeik Archipelago. The only development on the island, it is run by Mr Bjorn Burchard, a Norwegian businessman who has spent several decades working in Southeast Asia. 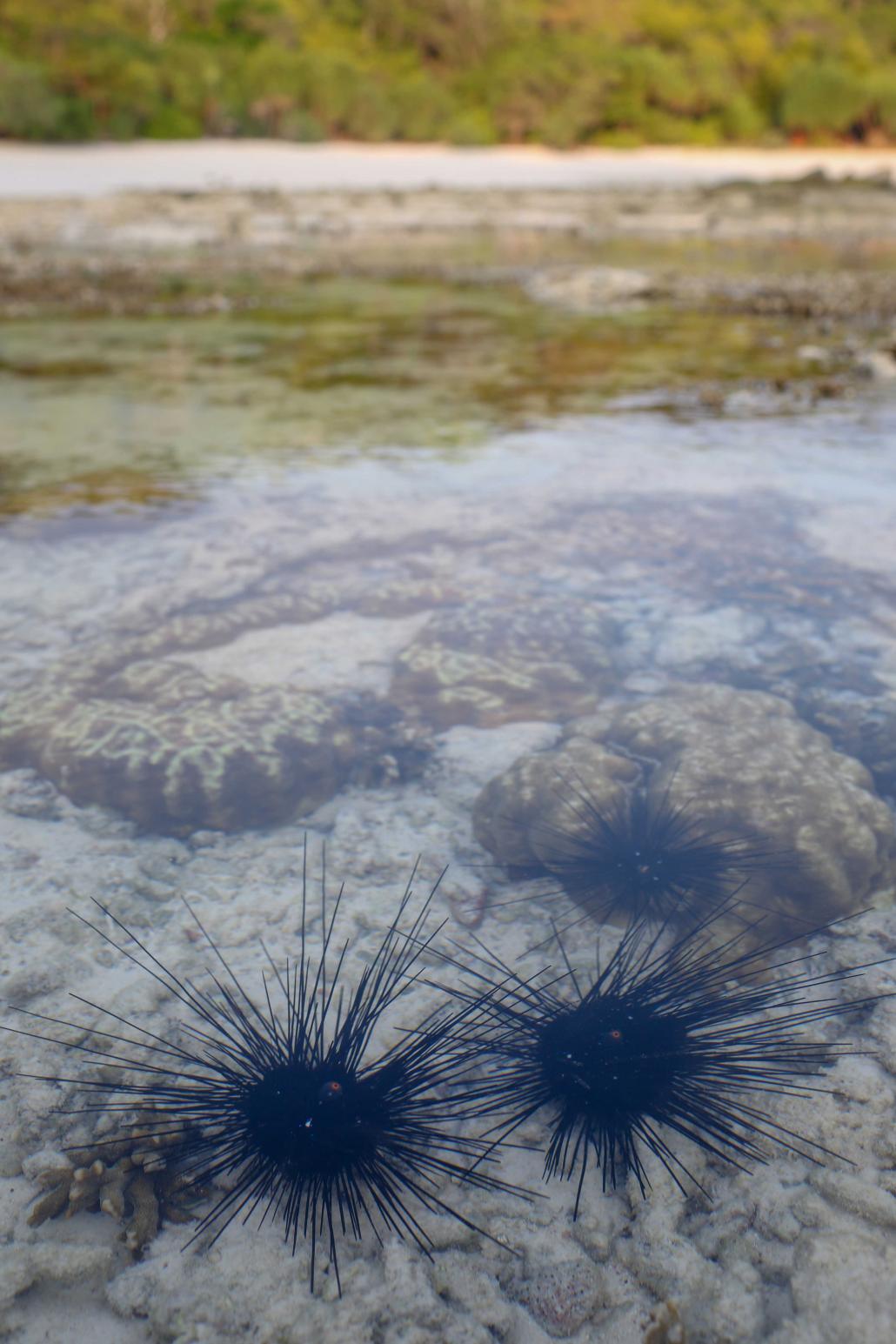 Boulder Island is one of the most remote locations in the Myeik Archipelago. (Victoria Milko | Frontier)

Burchard is the manager of United Hotels and Resorts Co Ltd and Moby Dick Tours, the only two businesses that operate on the island. He first discovered it when he was sailing through the islands 15 years ago.

“I’d been sailing through the area for quite some time and saw a lot of … potential in the region,” he told Frontier during a recent visit to the island. “And when we came across Boulder Island I knew it was a place where we could help to make some kind of positive impact.”

However, Burchard admitted that finding the island and having the vision of operating an eco-resort there was the easy part – the paperwork and government bureaucracy that followed proved to be more tedious and time consuming. 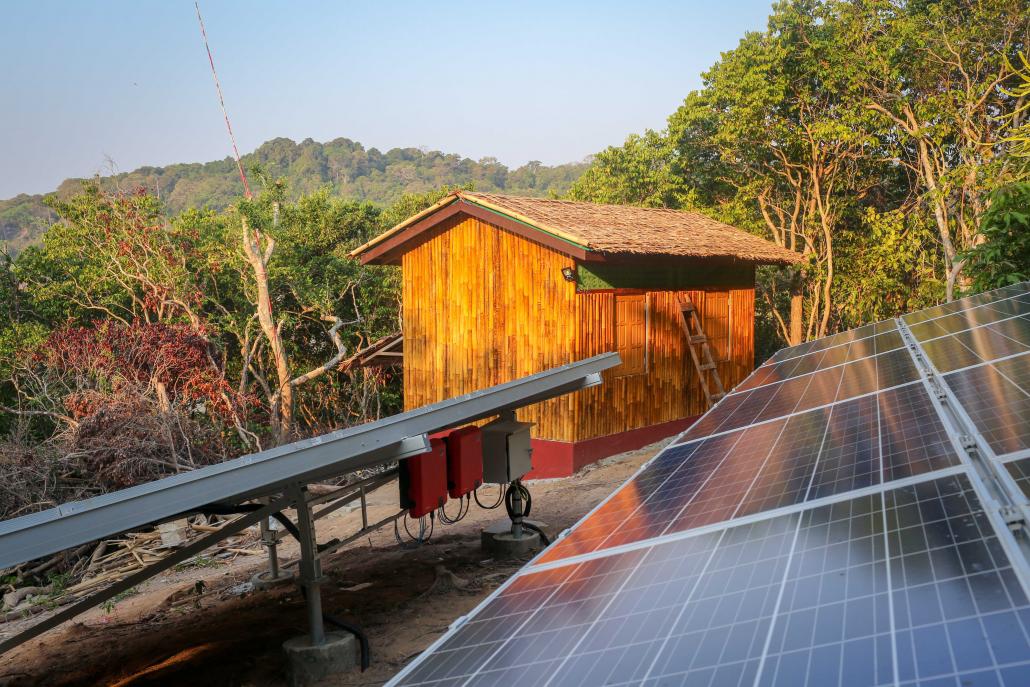 In order to get permission to lease and build on the government-owned land United Hotels and Resorts Co Ltd had to contact various local and government organisations, requiring what Burchard described as “constant back and forth” between different agencies. Although he admitted this was necessary for a region experiencing new tourism development.

“The government has to ask itself, ‘Do you open islands in a careful, sustainable way? Or do you just let everyone build resorts?’” he said. “It ends up taking a long time to get everything sorted and approved.”

The paperwork was eventually signed by all necessary governments and agencies in early 2016, leading Burchard and his team to the next obstacle – obtaining the supplies needed to build a resort, and providing food and shelter for the staff who would construct it.

“We had to bring everything from the mainland that we needed for construction and living … and Kawthaung is limited in what you can find,” he said. “Then we had to send it out to the island where there’s no infrastructure. And then monsoon season arrives, meaning the ability to work becomes limited. Logistically it begins to get very complicated.” 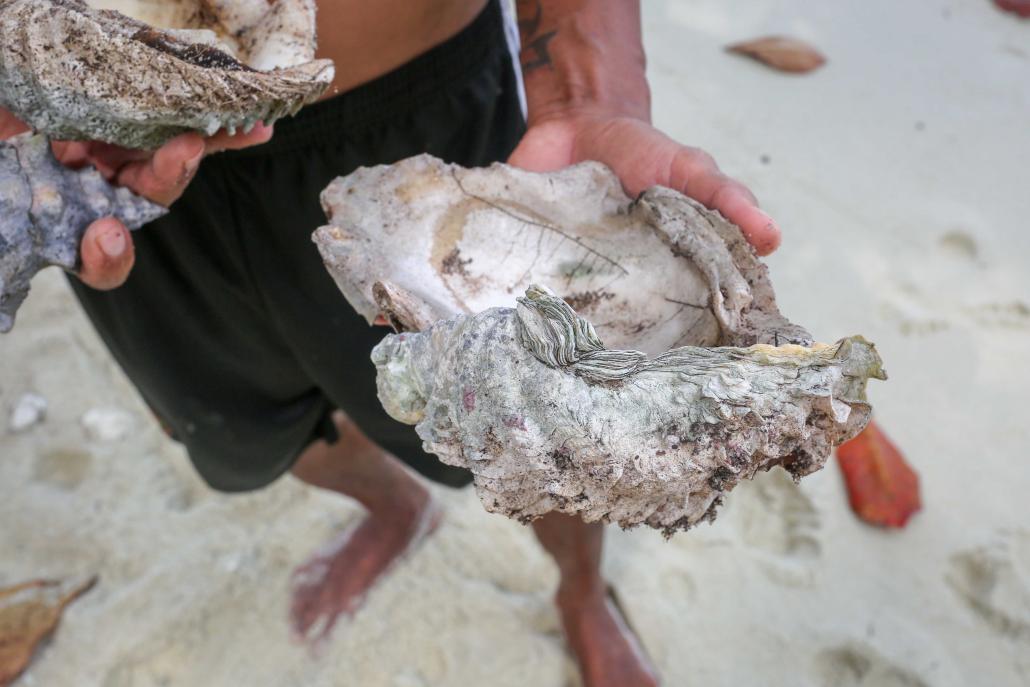 Learning lessons from the overdevelopment he had seen in Thailand, Burchard said he wanted to ensure that the island was built as sustainably as possible, cutting down trees only as necessary and often incorporating the chopped wood into the buildings being constructed. The resort has been hosting guests since late 2016.

“The idea was also to set a good example, because I really like this area and it should be available for the next Burmese generation. We need to make sure it doesn’t get spoiled,” Burchard said. “You look at Thailand and the islands and they are totally overdone. There’s too much plastic and destruction of the environment. It’s not sustainable for the long term.”

The thought and care that has gone into preserving the habitat is clear: visitors to Boulder Island are greeted by white sand beaches and thick jungle forest, with cicadas chirping through the trees. The occasional green snake appears at lunch, hanging from the ceiling with a gecko tail peeking from its mouth. During the daytime, colourful birds flit between the trees, dipping so low that their tail feathers almost brush the heads of those walking by.

Just off the beach and past a thick line of trees sit quaint bungalows, hammocks hanging off their porches. A central meeting place, where meals are served three times a day, is decorated with antique diving helmets and lanterns that sit by handmade canoes and a dolphin skull. On the other side of the beach, hidden from guests’ views, are solar panels that catch enough sunlight to power the entire island. 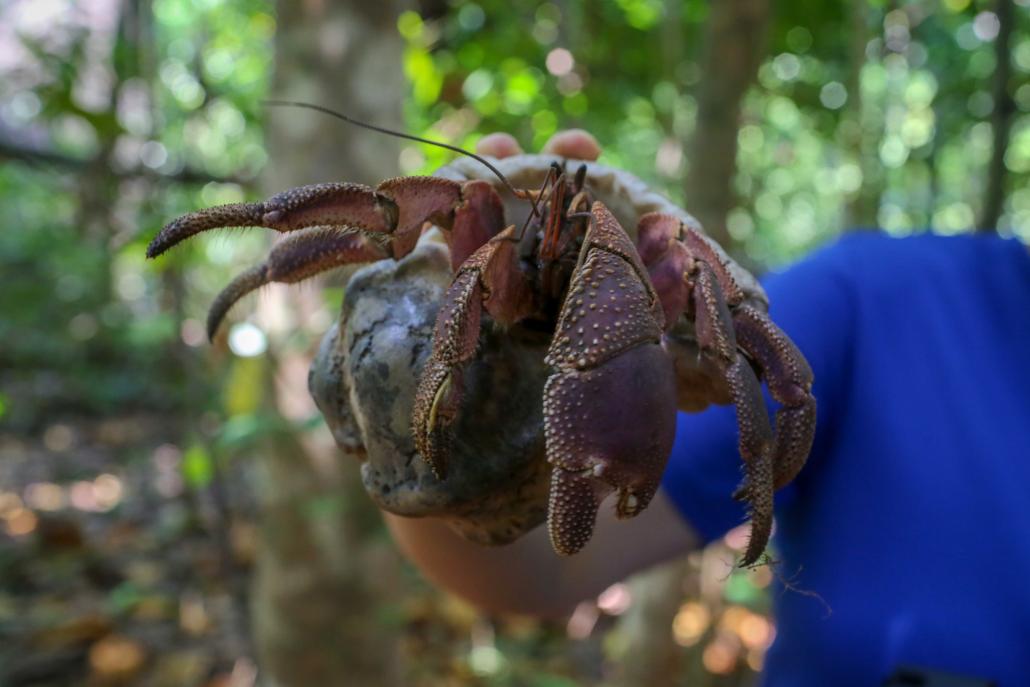 Snorkeling in one of the island’s numerous bays, you see clams with frilly blue edges, black sea urchins spiking out of the coral crevices, and Crown of Thorns Starfish menacingly stuck to a rock. Blue-green fish dart along the sandy floor, while larger specimens skim the ocean surface.

But the scene is occasionally interrupted by plastic bags floating through the water; Thai, Myanmar and English text on their faded metallic packaging. Some of the reefs, which have also “bleached” or died due to rising ocean temperatures, also have discarded fishing nets tangled in their stony remains.

“We also found that there was still damage to the reefs due to previous dynamite fishing, improper anchoring, and overfishing,” said Ms Nues Figueras, a marine biologist and oceanographer who spent several months living and working on Boulder Island.

Figueras worked with a handful of other scientists to help restore the island’s underwater ecosystem. 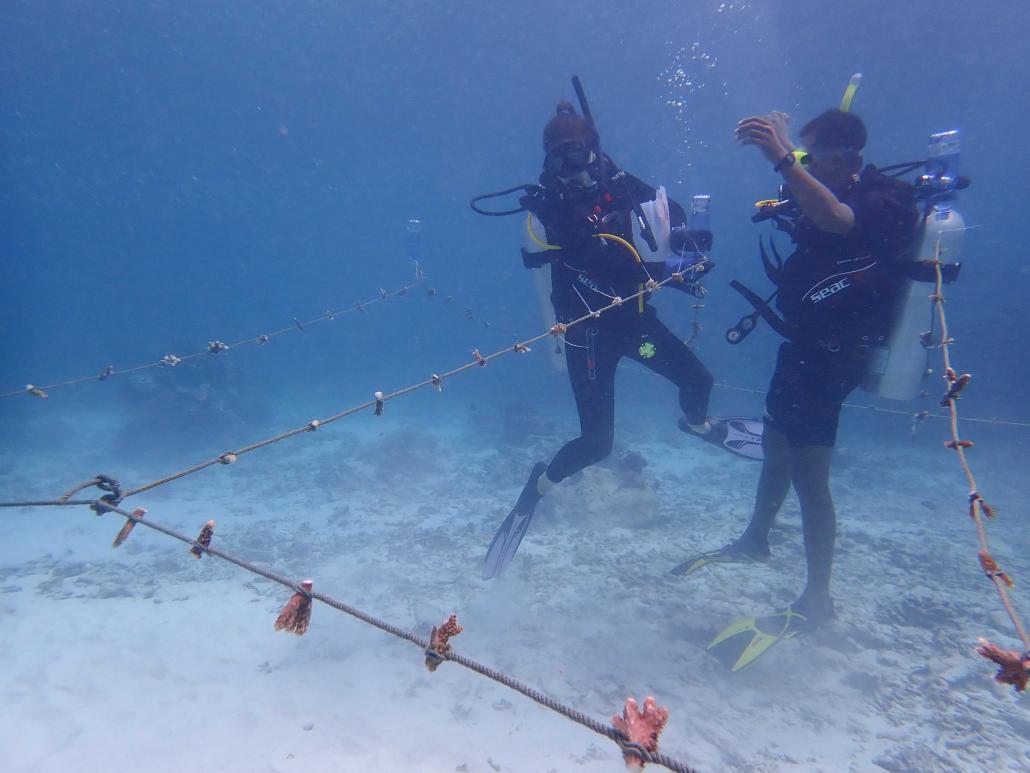 “We started artificial coral reefs by using fishing traps that had washed up on shore,” Figueras said. “We attached loose fragments of [living] coral we gathered to cages in order to start coral reefs again.”

The traps and fishing nets were formed into simple structures that were anchored to the ocean floor. Pieces of living coral that the scientists had gathered were then tied to the structures, as well as long ropes that connected the new “coral nests”.

Thinking ahead to the potential impact of global climate change, the group used pieces of live coral that are more likely to thrive in higher temperatures, Figueras said. This had the goal of ensuring new reefs survive potential damage caused by future temperate climbs. 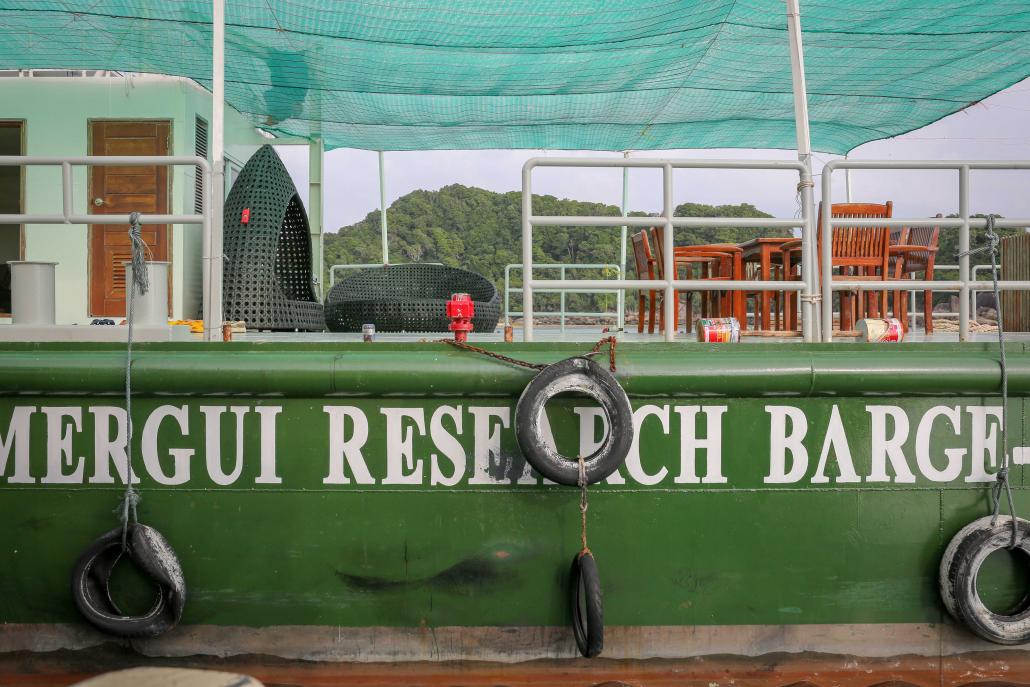 A research barge has been set up in Boulder Island’s main bay. (Victoria Milko | Frontier)

“The aim isn’t to replant extensive corals. The aim is to propagate more resistant corals. Coral will then spread through reproduction over time,” Figueras said, pointing out that the benefits of the restoration project could already be seen.

“Within a few days of building the structures, fish were abundant around the corals, and within weeks there were invertebrates found around the coral as well,” she said.

Burchard says he’s happy with the restoration results, but is looking to expand the island’s eco-practices by establishing a research partnership with Myeik University and employing a full time marine biologist to live on the island.

“The idea is also to set a good example, and there’s still so much more we can do,” Burchard said. “This area should be preserved in a way that allows the next generation to enjoy it.”