A MEMBER of the Bangladesh foreign service has urged the Myanmar government to cooperate more closely with Dhaka on security and refugee issues, in the wake of the clearance operation launched by the Tatmadaw in Rakhine State after attacks by militants last October.

The diplomat, who spoke to Frontier on condition of anonymity, said Dhaka was “perplexed” by the lack of engagement between the two sides, particularly as two meetings were cancelled in the weeks after the attacks.

One was between the armed forces of the two countries that was due to be hosted by Bangladesh in mid-October and the other was a meeting between their border guard forces scheduled to be held in Dhaka from October 25 to 27.

“It was perplexing. We thought engagement was the most important thing at that time, and an exchange of information could have helped,” the diplomat said, referring to the cancelled meetings.

The United Nations refugee agency, UNHCR, estimates that about 74,000 people fled to Bangladesh from northern Rakhine between the October 9 attacks and February.

In an analysis of the situation in Rakhine published last December, the International Crisis Group, a Brussels-based think-tank, said the group that carried out the attacks had some support from communities in Bangladesh, as well as Pakistan, Saudi Arabia and “possibly India”.

“We ourselves have been the victims of extremism, so it is something we take very seriously,” said the diplomat. “We are experiencing a severe lack of political will in general for the Myanmar government to engage with Bangladesh.”

This was disputed by Ministry of Foreign Affairs spokesperson U Kyaw Zeyar, who said other meetings had been hosted by the two countries and that bilateral cooperation was “very good”.

“Personnel on both sides have cooperated closely regarding this issue,” Kyaw Zeyar told Frontier on May 8.

The October meetings had most likely been cancelled because of scheduling complications, he said.

On the refugee issue, Kyaw Zeyar said the government had made clear that anyone who could prove they lived in Myanmar before the attacks could return.

Closer collaboration between Myanmar and Bangladesh was among the recommendations in an interim report released in March by the Advisory Commission on Rakhine State, headed by former UN secretary-general Mr Kofi Annan.

The report recommended that the two countries “immediately” form a joint commission to address the repatriation of refugees from Bangladesh and the illegal smuggling of people and drugs across their common border. It also called for efforts to boost trade and improve intelligence sharing.

“The recent crisis in northern Rakhine State has underlined the importance of the Myanmar/Bangladesh relationship,” the interim report said.

“Close cooperation is essential in order to: manage potential threats of cross-border terrorism and other dangers; the movement of people between the two countries, and to capitalise on the opportunities presented by increased cross-border trade,” it said.

The diplomat said Dhaka was calling for “a comprehensive repatriation and a return to normalcy in Rakhine State,” adding that the root cause of the conflict there was the statelessness of the people who identify as Rohingya.

“We don’t want to say, ‘Do it like this, or like this’, because it is for Myanmar to decide how to deal with this issue. But if citizenship is not addressed, then tensions will continue in Rakhine State because there are unaddressed grievances,” the diplomat said.

Bangladesh did not want Myanmar to be “punished” for the situation in Rakhine, the diplomat said, referring to the March 24 decision by the UN Human Rights Council to send a fact-finding mission to investigate alleged abuses by the security forces during the clearance operation, including murder, rape and the torching of homes. Myanmar disassociated itself from the resolution and said the decision to send the mission was unacceptable.

“Punishment is not what we want,” the diplomat said. “What we want is for the root cause of this issue, which is the statelessness of these people, to be addressed. Because until it is addressed, it will have impacts both for Myanmar and for Bangladesh.” 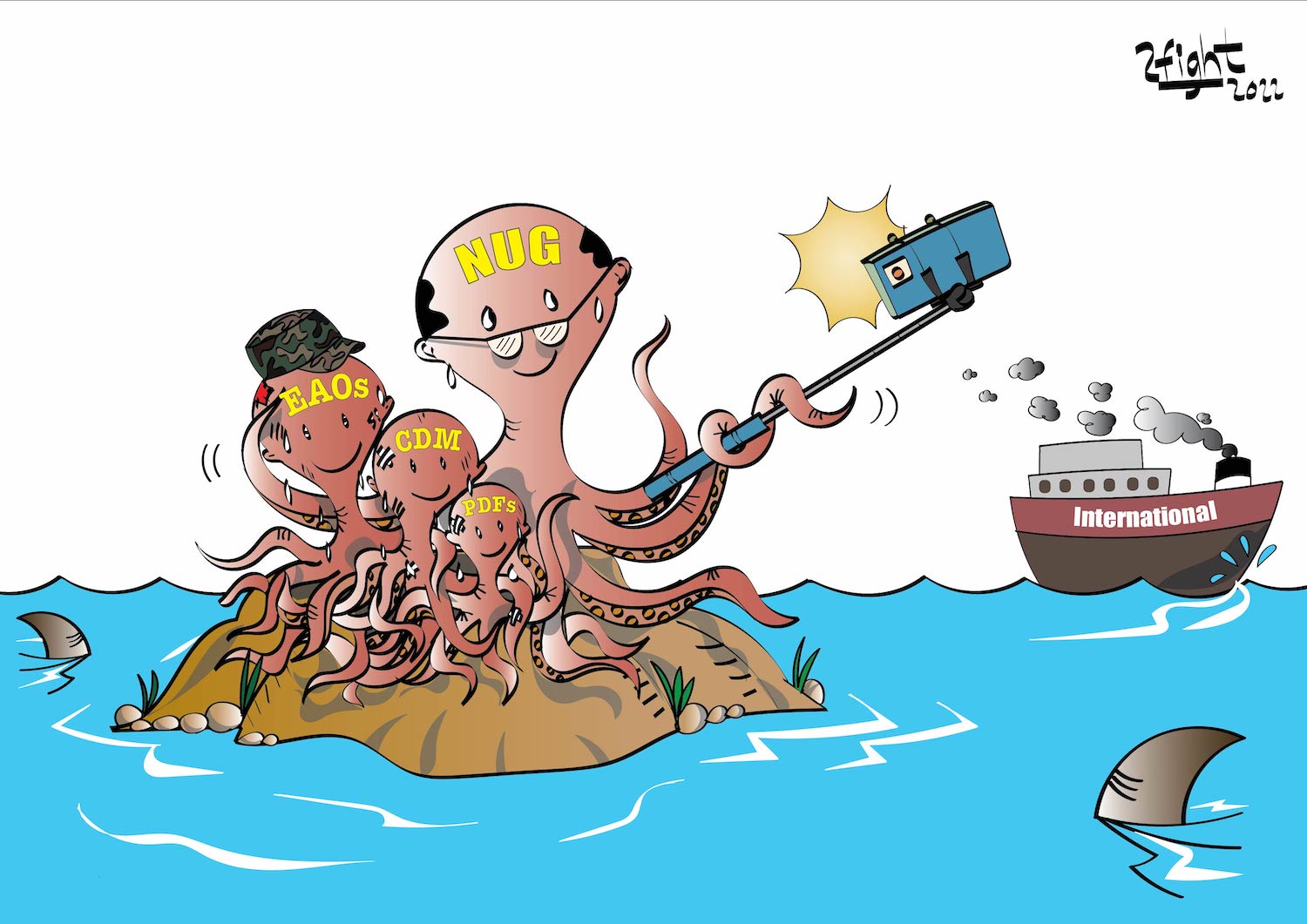