NAY PYI TAW — Parliament has scheduled its vote on the presidency for March 28, in a contest that National League for Democracy loyalist U Win Myint is all but guaranteed to win.

Win Myint, 66, a member of the NLD’s central executive committee, was elected as the Pyithu Hluttaw’s candidate for vice president on March 23, two days after resigning from his position as speaker of the lower house.

He will compete for the top job against acting president U Myint Swe and incumbent vice president U Henry Van Thio, following the resignation last Wednesday of President U Htin Kyaw.

Under Myanmar’s constitution, both houses of parliament nominate a candidate for the vice presidency, while a third is nominated by the joint assembly’s 166 military appointees.

If all three candidates are found to be eligible, a sitting of the Pyidaungsu Hluttaw is then held to vote. The candidate with the highest vote is appointed president, while the other two nominees fill the executive’s two vice-presidential roles.

If Win Myint becomes president, he is likely to act as Aung San Suu Kyi’s proxy and, like Htin Kyaw, is expected to perform a chiefly ceremonial role. Like his predecessor, he is known for his loyalty to the State Counsellor, who is barred from the presidency under the military-drafted 2008 constitution. 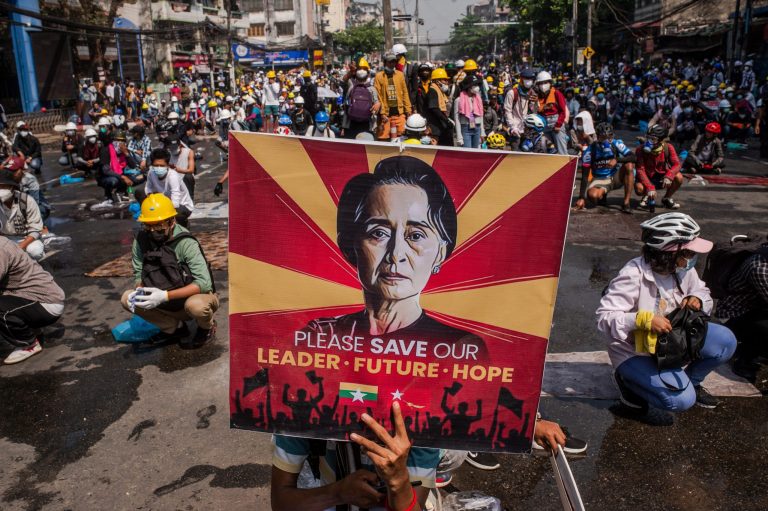