Opening up the airwaves

Myanmar journalists are pushing for changes to the country’s controversial Broadcasting Law, derisively called a Ministry of Information “wish list”.

The Broadcasting Law adopted on August 28 last year was a breakthrough, giving the country its first legislative framework for broadcasting. It opened the airwaves for the first time to the private sector and paved the way for ending the industry’s domination by state-controlled or government-linked broadcasters.

The controversial Broadcasting Law is back in the spotlight because it stipulates that a Broadcasting Council, to function as a powerful industry regulator, must be formed within six months of the legislation being adopted, by February 28.

Ko Toe Zaw Latt said DVB had been critical of many aspects of the draft law and had made its concerns known to the National League for Democracy.

The main criticism of the law includes concern about political influence in choosing Broadcasting Council members, who will be appointed by the President and the two parliamentary Speakers. The law has also been criticised for simultaneously allowing public service media and government media, and for lacking balance.

As well as the council, as regulator, there will be a higher authority responsible for policy-making that will be headed by the Minister of Information and include the Deputy Minister of Home Affairs and the directors of Psychological Warfare and Public Relations from the Ministry of Defence. 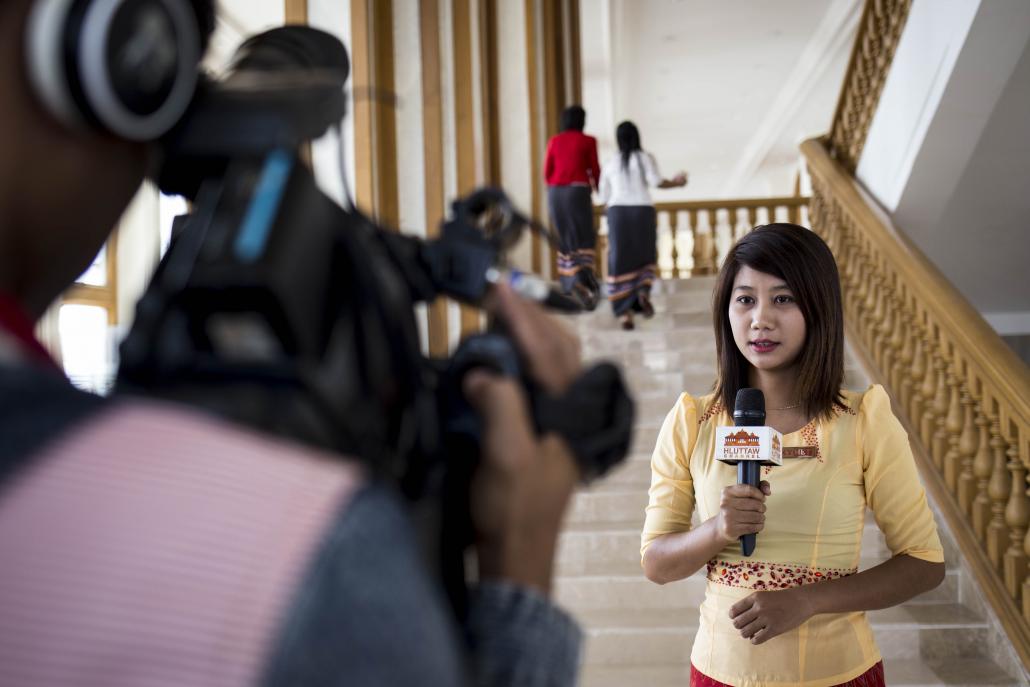 U Thiha Saw, the secretary of the Myanmar Press Council, said one of the members of the authority would represent the broadcasters’ association. He said the association was formed in secret by government broadcasters and related media owners such as Forever Group and Shwe Than Lwin without informing all broadcasters.

U Thiha Saw said the Broadcasting Law was influenced more by the power struggle between President U Thein and former parliamentary Speaker, Thura U Shwe Mann, than a desire for effective broadcasting sector reform.

“For example, it can be seen that the people in the council balance the power sharing from both sides rather than implementing media development,” he told Frontier.

Ko Toe Zaw Latt said existing broadcasters would have an advantage because they can apply for licences within a year of the law being enacted and because they occupy nearly half of all available broadcasting frequencies. Newcomers to the sector will have to share the remaining frequencies, he said.

U Oo Kyaw Thein, the joint secretary of the Myanmar Media Lawyers’ Network and a broadcasting law specialist, said frequencies were like natural resources because they are limited.

“The government and related broadcasters have an advantage under the law because they already have the frequencies for their broadcasts,” he said.

“The council will decide the frequencies quota, and according to the law, we can’t expect the council to be free, fair and inclusive in the interests of media development because it was formed before the new government takes office,” he said.

As well as stipulating that the council be formed on February 28, the broadcasting law also says candidates for appointment to the body need to undergo a public consultation process thirty days in advance.

No candidates have been named yet, U Oo Kyaw Thein said. Apart from the challenges posed by the law, prospective new broadcasters will also face human resources problems because of a shortage of journalists with broadcast industry experience.

U Thiha Saw says Myanmar has about 4,000 reporters, of whom about 400 are well-trained and few have experience in broadcasting.

The Myanmar Journalism Institute, the country’s biggest journalism school, can each year train about 50 reporters and provide short-term courses for about 400.

Ko San Thar Aung, a producer with an international media organisation that he wished to remain unnamed, said the restriction on cross-media ownership should be abolished.

“Most of the media owners are in print and they should get the chance to do broadcast media,” he said.

“The government wants to limit cross-media ownership to avoid a monopoly in the market but I do not think it is a practical reason.”

Ko Toe Zaw Latt said the aim of the Ministry of Information in drafting the law was not media development but to “protect the current broadcasters who are close to the government”.

Meanwhile, it’s possible the looming change of government will mean the law is amended before it is implemented.

U Thiha Saw said he had been told by sources in the National League for Democracy that it planned to form a parliamentary committee to review media-related laws. The incoming NLD government will not appoint a Broadcasting Council until the law is amended, he said.

“I got the message when we held a meeting with the NLD that it prefers a strong and independent media and wants to create a level playing field for the media sector,” the veteran journalist said.

All stakeholders interviewed by Frontier said the Broadcasting Law must be amended to conform to democratic, international norms.

NLD MP U Tun Tun Hein, the head of the bill committee in the new parliament, told Frontier he was unaware of any move to amend the Broadcasting Law. If the law was found to be unfair, it would be amended, he said. “Someone needs to bring this issue to the parliament,” U Tun Tun Hein said.

A national survey two years ago by the International Republican Institute found that only 10 percent of respondents said they relied on daily or weekly newspapers for news and information, compared to 23 percent who watched television and 35 percent who listened to radio. The IRI survey also found that 30 percent of respondents read a newspaper once a month but 42 percent watched TV or listened to the radio almost every day.

Advertising rates in the print media vary, but the cost of a full-page full-colour newspaper ad is about US$2,500, compared to prime time rates on broadcast media of up to $1,000 a second. The profitability of the broadcast media compared to print is among the reasons why it has attracted domestic and international investor interest, despite a lack of legislative clarity that the Broadcasting Law was meant to address.

Ko Toe Zaw Latt is confident of a bright future for broadcasting after the law is amended.

“The media landscape will change enormously with the emergence of independent broadcasters after the law is amended,” he said. 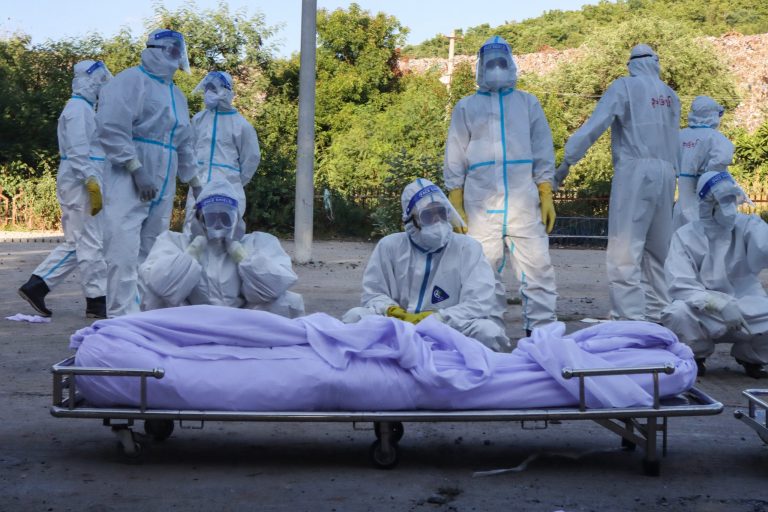 News anchors in Myanmar have been told to stop using the English pronunciation for Covid-19, with speculation swirling the word has been culled to ensure more positive coverage amid a deadly spike of cases.
BY AFP