Many of the official residences built at considerable expense for ministers and deputy ministers are sitting empty in overgrown compounds.

Nay Pyi Taw, whose name means “Abode of Kings”, is often derided as a “ghost city” and is inextricably linked in the public’s imagination to the oppressive military regime of Senior General Than Shwe, which built the city in secret. However, when it replaced Yangon as the national capital in late 2006, it was conceived as a new city for a new era.

Two years later, a military-drafted constitution was approved at a highly flawed referendum. This paved the way for elections in 2010 and a transfer of power to a new, nominally civilian government. The new capital was built to host the institutions of this new democracy. The 31-building Union Parliament, the 100-room Presidential Palace and other government buildings dominate Nay Pyi Taw, and their grandeur seems incongruous in one of the world’s least developed countries.

The establishment of Nay Pyi Taw as a purpose-built administrative capital – similar to Washington in the United States, Brasilia in Brazil, Canberra in Australia and Islamabad in Pakistan – also included the building of residences for ministers and their deputies.

Many senior junta officers shed their uniforms to contest the 2010 election as members of the military-backed Union Solidarity and Development Party, which scored a resounding triumph in a rigged contest that was boycotted by the National League for Democracy. The USDP emerged from the election with 79 percent of the seats, about the same percentage that the NLD won in its landslide victory in 2015.

There were more than 100 ministers and deputy ministers in the USDP government, and they lived in a ministers’ residential precinct in Zaya Theidhi ward, Zabuthiri Township, which is close to the parliamentary complex and the presidential palace. The identical residences were built on large compounds of 10,000 square feet. 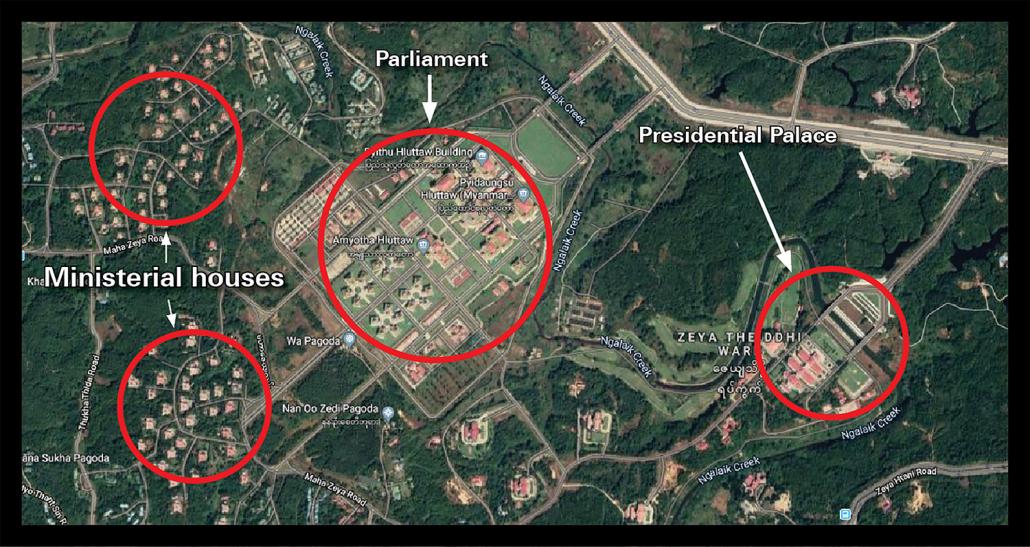 Members of union-level organisations, such as the Anti-Corruption Commission and Union Election Commission, are also given residences in the ward. The chairperson of both organisations is afforded a minister’s residence, while members are allocated housing at deputy minister level.

Shortly before the NLD took office in March 2016, the USDP ministers and deputy ministers vacated these official residences. Like many aspects of the transition to NLD rule, their departure was contentious; senior NLD official U Win Htein complained that they had stripped the buildings, while cartoons in local media showed the ministers running off with toilets and other fittings.

In some ways, Zeyar Theidhi ward resembles the leafy Yangon suburb of Golden Valley, which has some of the grandest homes in Myanmar.

However, on a visit in October, Frontier found much of the housing precinct to be overgrown and neglected. This is in part because the NLD administration has fewer than 50 cabinet members. That means about half of the ministerial residences built at considerable expense by the former military junta are vacant. It’s easy to tell which are empty because there is no national flag flying on the pole in the compound.

Among the residents is State Counsellor Daw Aung San Suu Kyi, who lives in a ministerial residence in her capacity as minister of foreign affairs and minister of the president’s office. Access to Aung San Suu Kyi’s residence, on Mya Nan Bon Thar Street, is blocked by a gate that was erected for security reasons in 2016. However, it is possible to visit the other streets, where instead of security gates there are checkpoints manned by police who seem more interested in checking their mobile phones than inspecting suspicious vehicles. 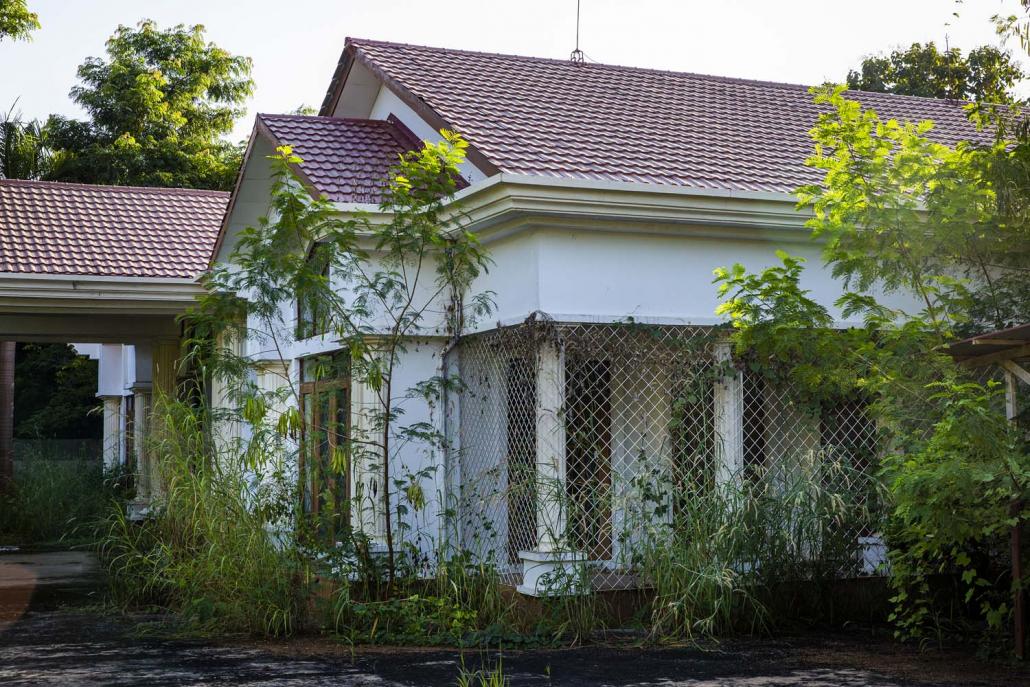 Real estate brokers confirmed that the residences are worth hundreds of millions of kyat – the equivalent of hundreds of thousands of US dollars.

If they were rented they could generate revenue for the government, but the vice chair of the Nay Pyi Taw Development Committee, U Ye Min Oo, said Ministry of Finance and Planning rules prevented the residences from being sold or rented.

The rules are rigidly applied.

Ye Min Oo said the NPTDC, as Nay Pyi Taw’s municipal authority, manages the properties. When a person is appointed as a minister or deputy minister, they are invited by the NPTDC to choose one of the empty residences.

Furniture and appliances for the residences, including air conditioners, are the responsibility of their ministerial occupants, who can take their possessions with them when their terms end and they need to depart – as the USDP ministers did. 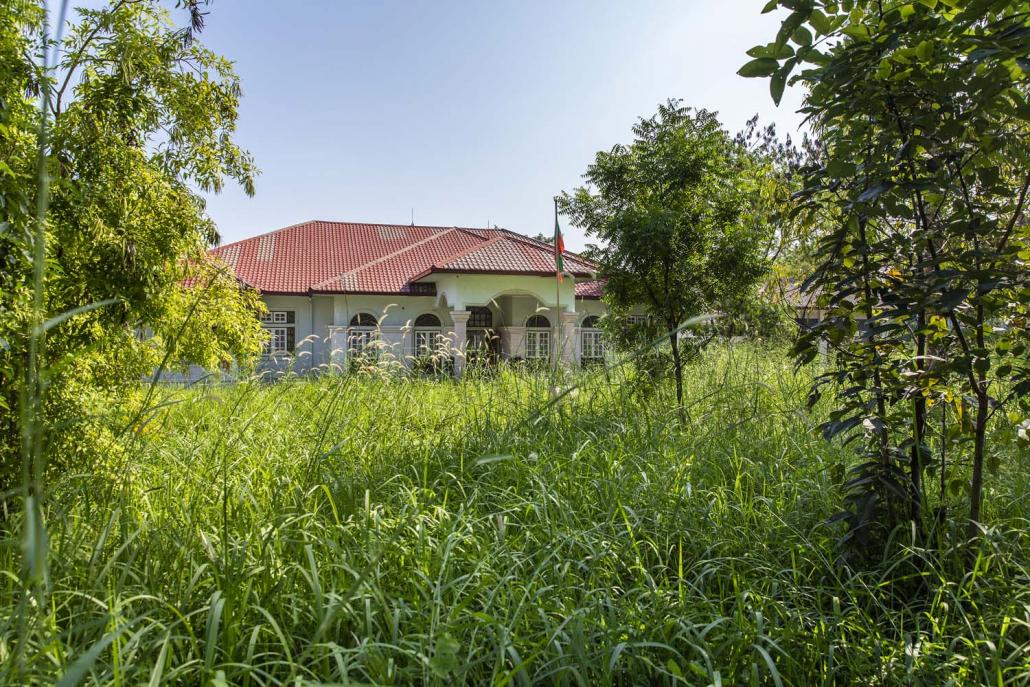 The perks of office

Many of the compounds – including those that are occupied – are overgrown, with weeds and grass reaching to the eaves of the houses.

Ye Min Oo said the NPTDC was not responsible for cutting grass and keeping the compounds clean and tidy because such activities were not municipal works.

A public servant who has lived in Nay Pyi Taw since it became the capital said there was a marked difference between the way the compounds were maintained by USDP government ministers and those in the NLD government.

He said USDP government ministers and deputy ministers maintained the residences in top condition, but many of those in the NLD government have neglected them. He could not explain why.

Under a law on emoluments and allowances enacted by the military junta before the 2010 election, ministers are entitled to a monthly allowance of K3 million, as well as free accommodation at the ministerial residences where they have free use of a telephone, water and electricity, and are provided with a security guard, personal assistant, two housekeepers and two gardeners. They are also given a car.

Deputy ministers enjoy similar privileges, but their monthly allowance is K2 million and they are allocated one housekeeper and one gardener.

Any repairs that need to be made should be paid for out of the monthly allowances. One deputy minister, who asked not to be named, said this put the onus on the ministers and deputies to ensure that their compounds were well maintained.

“You can come and check my home and my car,” he said. “It’s always clean.” 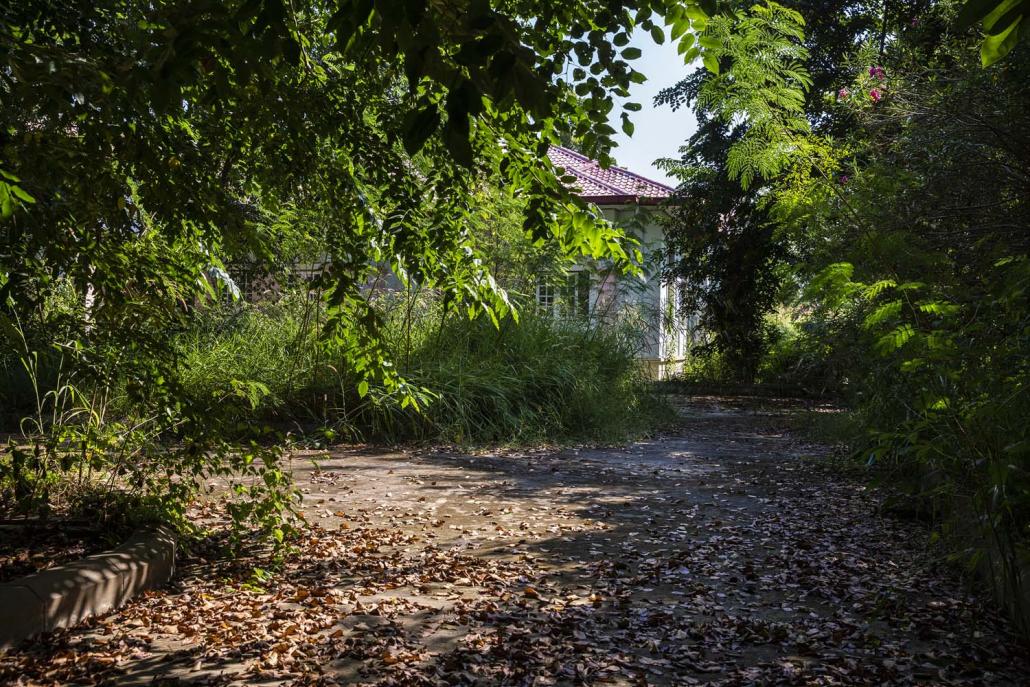