Amending the controversial 66(d) clause of the 2013 Telecommunications Law is not a priority for the government because no lawmakers have tabled a proposal to do so, said Pyithu Hluttaw speaker U Win Myint.

In recent months, several internet users have been jailed under the clause, which holds a maximum penalty of three years’ imprisonment.

“No MPs have submitted a proposal or a question to amend the law until now,” Win Myint told reporters at a press conference in Nay Pyi Taw’s Zabuthiri Hall on December 21.

After being questioned by a reporter, the speaker refused to give his personal opinion on the law because he said he didn’t want to impact lawmakers’ decision making if a discussion was to be raised in parliament.

He added that freedom of speech must come with the responsibility of being conducted in the correct manner. Someone must take responsibility if they want to talk about another person’s reputation, he added.

U Tin Maung Win, chairman of the Pyithu Hluttaw’s Committee for Transportation, Telecommunication and Construction Affairs said he planned to hold a meeting with government officials about the issue two months ago, but no meeting has taken place.

Due to the clause’s broad interpretation, people are using it to take action politically, opposing the original intent of the law, U Thein Nyunt, a lawyer and former MP for the New National Democracy Party told Frontier.

Maung Sangkha, who was arrested under the clause in late 2015, said it is not only the government but also the parliament’s responsibility to amend the law. Maung Saungkha was jailed after writing a poet claiming that he had a tattoo of an unnamed president on his penis. It was widely interpreted as a reference to former president U Thein Sein.

“In light of the people’s interest, MPs have a responsibility to amend this law as soon as possible; it is currently causing people a lot of trouble,” said Maung Saungkha, who is leading a research team related to the law. 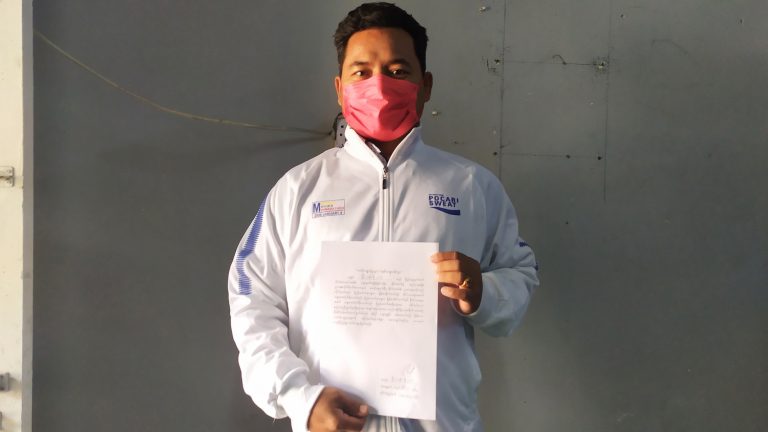