YANGON — A National League for Democracy candidate is expected to win Saturday’s contest for the lower house seat in Yangon’s Tarmwe Township left vacant by President U Win Myint in April, but the opposition Union Solidarity and Development Party is putting up a fight.

When Frontier joined the campaign trail on the evening of October 30, candidates for both parties were touring the township in vehicles fitted with speakers that blared party songs to galvanize support and loudspeakers, through which they made rousing announcements. 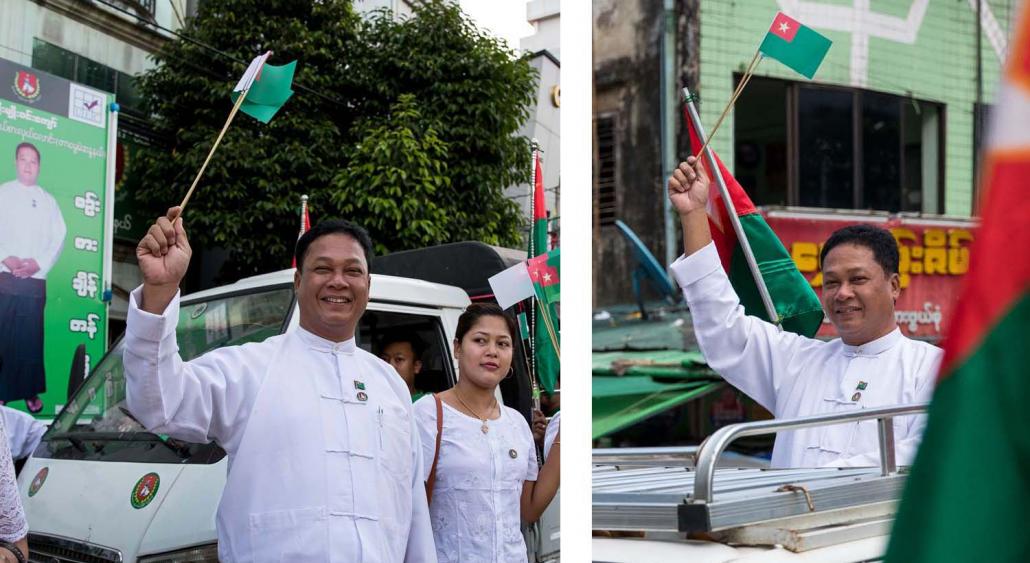 Candidates from eight parties will compete in Saturday’s by-election for the Pyithu Hluttaw  constituency of Tarmwe, which the township election sub-commission said has 99,119 registered voters, in one of 13 contests being held across the country for seats in the Union parliament and in state and regional assemblies.

There was scant evidence of campaigning by the other six parties competing in Tarmwe when Frontier visited the township; only one small vehicle featuring the United Nationalities Federal Democracy Party logo and the face of its candidate, U Si Si Naw Ja, was on the roads. 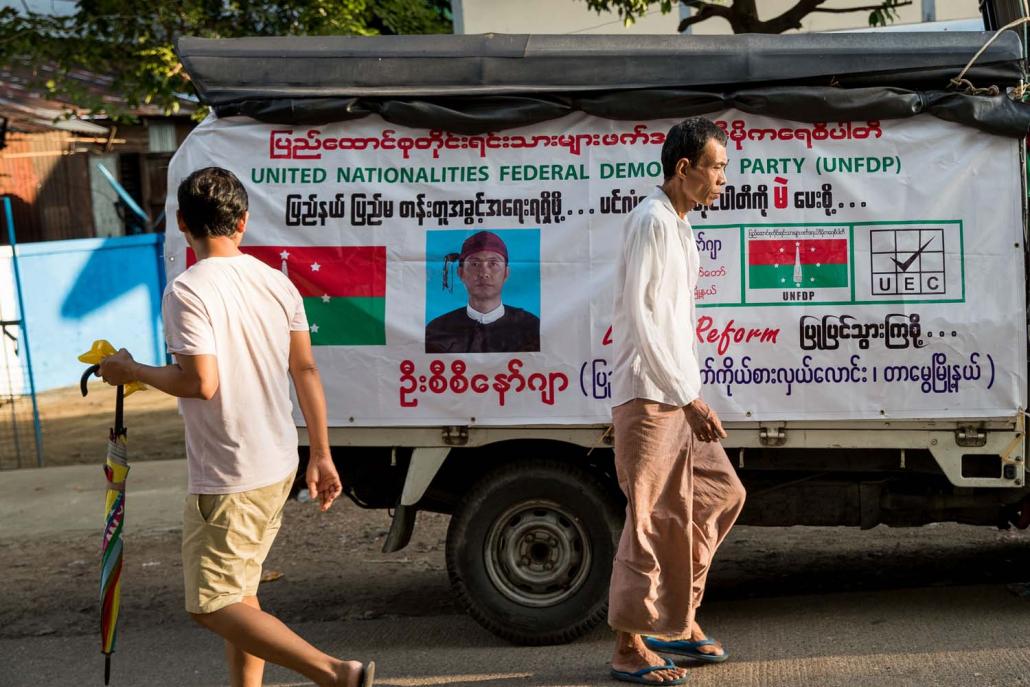 Tarmwe voted overwhelmingly for the NLD in the November 2015 election, with Win Myint taking 86.85 percent of the vote. Despite this, the party is taking the race seriously and has been campaigning beyond Tarmwe in neighbouring townships and across the region, including in South Dagon Township. 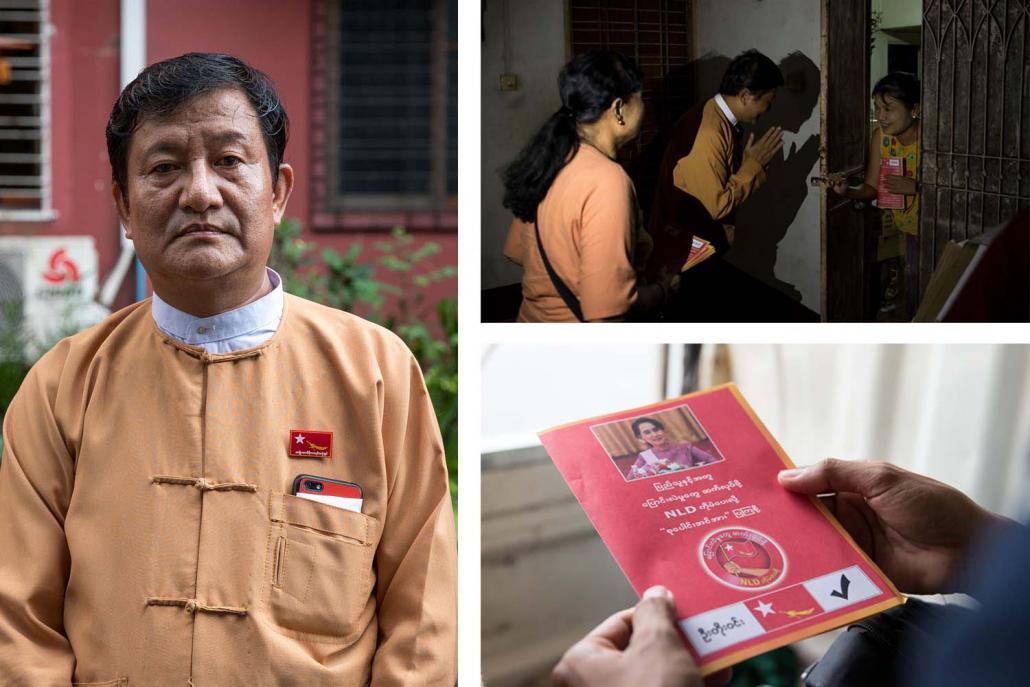 NLD candidate U Toe Win, a former activist and political prisoner, told Frontier he believed the NLD would win, despite recent criticism of the NLD-led Yangon Region government, including over its fiscal mismanagement and the high-profile business ventures of Chief Minister U Phyo Min Thein.

Toe Win said he believed voters were confident that the NLD would fight for democracy and for the development of both Yangon and Myanmar. Those who voted for the NLD were able to criticize their representatives, he said, which had not been possible in the past.

“Every [NLD] member in the Yangon hluttaw and the Pyithu and Amyotha hluttaws will act as a check and balance to government,” he added. “Tarmwe voters have a high level of political knowledge; no fake information or lobbying will impact our party. The voters know well what we are doing for the country.” 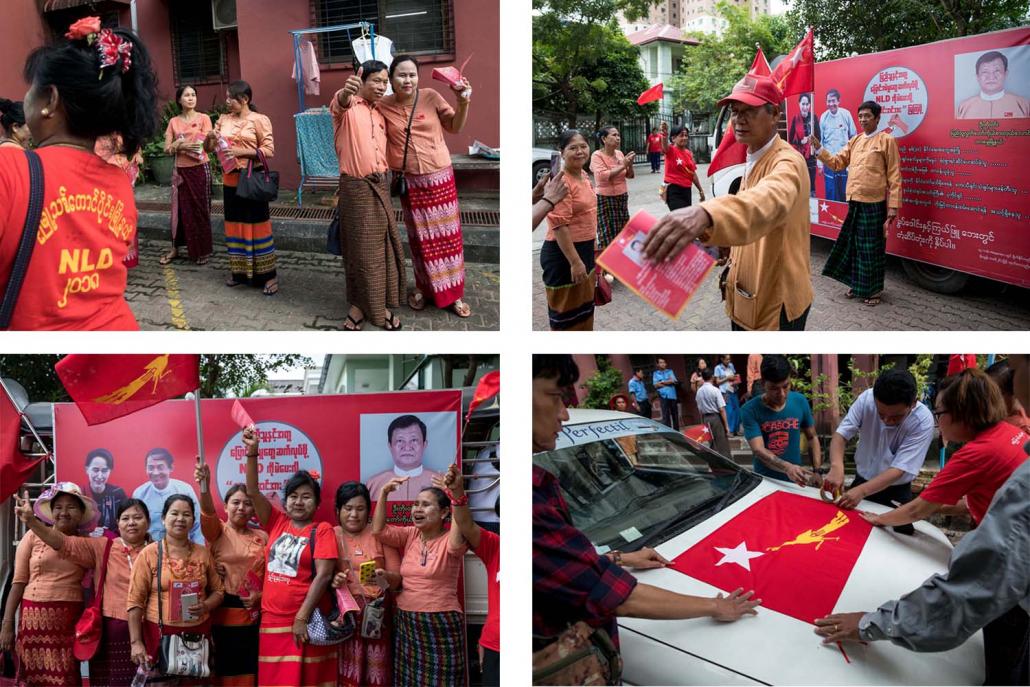 The USDP campaign slogan, “time to think” is a play on the NLD’s campaign motto “time for change”. Pamphlets distributed by the party call on voters to reflect on the NLD’s achievements in office and then cast a considered vote. But some in Tarmwe were unconvinced by this.

“I will never like the USDP. I will always support the NLD,” Ko Myo Zaw Latt, 31, told Frontier. “It’s shameless that the USDP is competing in the election because they didn’t do anything good for the country and most of them are not educated people.” 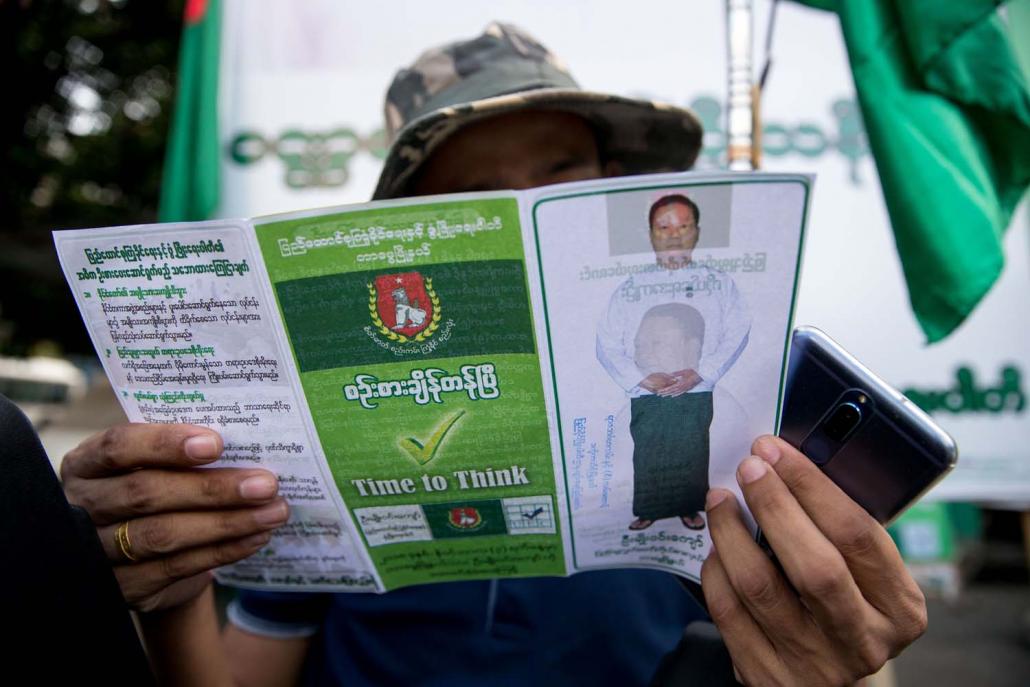 The USDP does have at least one vote: Daw Lei Lei Win Swe, who was ousted from the Tarmwe seat in November 2015 by the man who would go on to become Myanmar’s president, told Frontier she would back the party.