With barely two months left until the end of Central Bank Governor U Kyaw Kyaw Maung’s term, Frontier examines the field of potential replacements — if the incumbent isn’t given a second term.

THE FIVE-YEAR term of Myanmar’s Central Bank governor will end on July 31 and in the coming months President U Win Myint will select a replacement, with the consent of the Pyidaungsu Hluttaw. The decision will be watched closely because the governor wields great power over the financial sector and, by extension, the entire socio-economy.

The Central Bank of today is unrecognisable from when U Kyaw Kyaw Maung was appointed in 2013. Then, it was a department in the finance ministry whose primary function was to print money to fund the budget deficit. When President U Thein Sein signed its independence into law that July, skeptics said it was just a gesture. They were wrong: it has become a strong and (mostly) independent institution.

The head of a central bank would be a serious position anywhere in the world, but in a top-down economy like Myanmar the role is all-powerful. Every decision must be approved by the governor, who “holds the keys to the castle”, as one banker described it to Reuters.

Kyaw Kyaw Maung at first kept a tight grip on these keys. Critics complained that his policies had not changed much since he helmed the Central Bank in the junta-era, from 1997 to 2007.

Since 2016, however, he appears to have become more reform-minded. Last July, the Central Bank released a set of modern prudential regulations which, while signed by U Kyaw Kyaw Maung, were closer to International Monetary Fund blueprints than junta-era edicts. He stands a chance at re-appointment: under the Central Bank of Myanmar Law a governor can serve for two consecutive terms (see our editorial).

Frontier asked a dozen well-placed sources if the governor would be replaced and if so, by whom. The response was mixed and several other candidates are said to be in the running. Legally, whoever is chosen must have experience in central banking, law, accounting and auditing. In practice, he or she must be acceptable less to the president than State Counsellor Daw Aung San Suu Kyi.

While nothing can be said for certain until August 1, Frontier believes the following people have a chance at securing the top job. 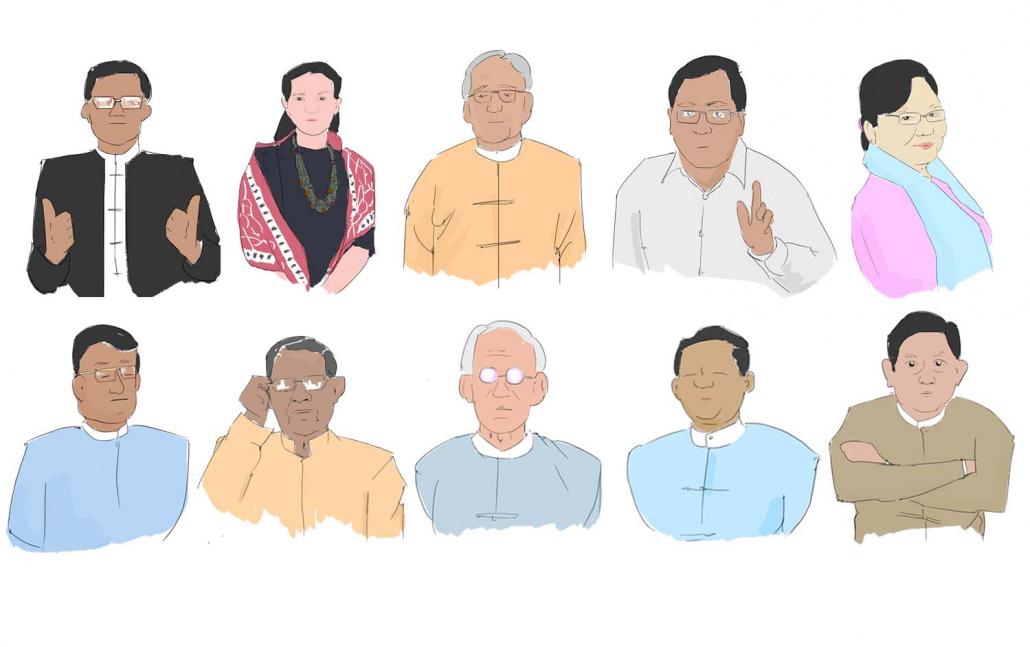 U Soe Win: the industry choice*

The managing partner of Deloitte Myanmar, Soe Win joined the Foreign Exchange Department of the State Commercial Bank as a deputy manager back in 1961. He trained at National Westminster Bank and the Bank of England in 1976 and was appointed general manager of Myanmar Foreign Trade Bank in 1993. Since 1996 he has worked in the private sector, at Pricewaterhouse Associates and then at Deloitte. He is a member of the National Economic Co-ordination Committee formed by President U Htin Kyaw to lead economic reforms. He is also a member of the Yangon Bar Council and sits on the board of the Renaissance Institute, a think-tank that advises on economic policy.

U Soe Thein: the reformer

One of three deputy governors appointed by the President last July, Soe Thein is seen as a reformer. He is a qualified accountant and a lawyer who ran the finance ministry’s budget department as a deputy director general until 2009, when he became executive director of the Myanmar Securities Exchange Centre, the over-the-counter exchange that functioned as Myanmar’s stock market. Before joining the Central Bank, Soe Thein advised the government on legal and budgetary affairs, and in 2013 he became an executive director at Asia Green Development Bank, one of Myanmar’s largest private banks. Sources close to the National League for Democracy say the party has considered Soe Thein for Central Bank governor since before the 2015 election.

U Soe Min: the insider

Another deputy Central Bank governor, Soe Min is a member of the National Economic Co-ordination Committee and a career banker. Before joining the Central Bank he was the managing director of Myanma Investment & Commercial Bank, one of four state lenders. He keeps a lower profile than Soe Thein, but after a long career at MICB, “he is the one who knows best what is really happening in the banking sector”, according to one of the National League for Democracy’s economic advisers. The adviser described Soe Min as a skilled banker, and someone who is able to negotiate between the reformers and the old guard.

U Kyaw Kyaw Maung: the incumbent

Kyaw Kyaw Maung led the Central Bank through a period of international isolation and the 2003 banking crisis, in which he was accused of not doing enough to limit the contagion. Opinion is split on whether he will be re-appointed. On the one hand, he has more experience than anyone else, said U Maw Than, a former director of the Central Bank, who also pointed out that the governor may be replaced because of his old age. Kyaw Kyaw Maung has had a long career in banking: he left Myanmar Economic Bank to join the Central Bank in the 1970s, and worked there until the end of his first stint as governor in 2007.

U Set Aung: the international choice

“Winston” Set Aung has arguably the highest profile among those in the running. The deputy minister for planning and finance and former Central Bank deputy governor is a Western-educated, Davos-attending economist. He chairs the Thilawa Special Economic Zone management committee and sits on both the National Economic Co-ordination Committee and the Development Assistance Coordination Unit. Previously an adviser to President Thein Sein, he was also a founder of the Myanmar Development Resource Institute, a Yangon-based think tank. But while his credentials are impressive, insiders say he may instead be promoted within the Ministry of Planning and Finance.

Another member of the National League for Democracy’s economic committee, Bo Bo Nge studied financial sector reform at the School of Oriental and African Studies in London, before joining KBZ Bank as the head of risk management. He was appointed as deputy governor of the Central Bank in 2016, shortly after the NLD took power. Bo Bo Nge has been variously described as energetic, modern and a technocrat. However, in a society that values age and experience, most deemed him too young to be governor.

U Than Nyein: the military pick

A former military officer, Than Nyein took over from Kyaw Kyaw Maung as Central Bank governor in 2007. When his term ended, he became a deputy governor but resigned several months later. He is said to have the support of Thura U Shwe Mann, who chairs the Commission for the Assessment of Legal Affairs and Special Issues, but Than Nyein’s chances of taking the top job again this time around appear slim.

Khin Thida Maw worked at the Central Bank for almost two decades between 1991 and 2008, most recently as deputy director general. She joined the private sector as a general manager at KBZ Bank until 2013, when she was appointed country officer of the International Finance Corporation, part of the World Bank Group. She had previous experience with the World Bank as an adviser to the executive director in Washington, from 2005 until 2007.

While many women hold senior positions in Myanmar’s financial sector, unfortunately no other women appear to be serious contenders for the role of governor. However, we think there are several potential candidates who should be considered, if not now then in the future. Daw Khin Saw Oo oversaw the regulation of financial institutions and the anti-money laundering department at the Central Bank before she was promoted to deputy governor in 2013. She had a reputation for asking tough questions, but is respected by the industry. Daw May Toe Win was recently promoted to director general and head of the Foreign Exchange Management Department, after previously leading the Financial Institutions Regulation and Anti-Money Laundering Department.

*This article first appeared in the May 24 edition of Frontier. Soe Win has since been nominated to replace U Kyaw Win as Minister of Planning and Finance. 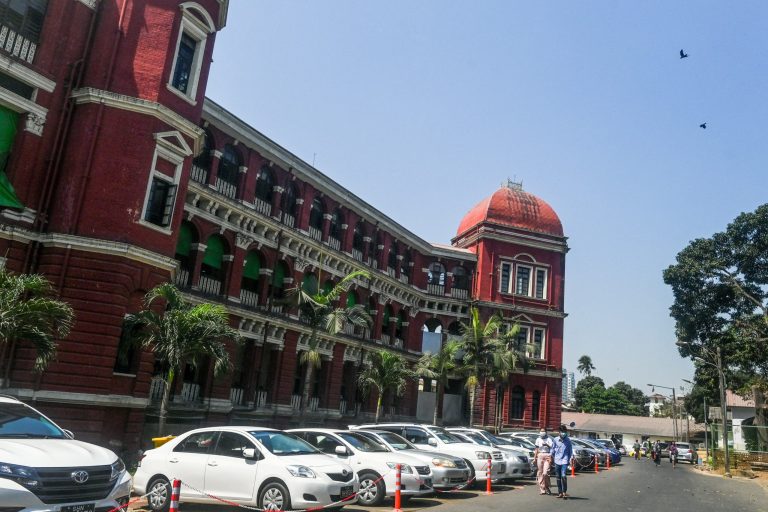