There’s been a marked improvement in internet connectivity in recent years. An undersea cable will soon give users more reasons to celebrate.

Anyone who’s been using the internet in Myanmar knows that what’s possible in 2016 was almost a pipedream just two years ago. Then, YouTube was basically unwatchable and Skype video or voice chat all but futile during the day – unless you happened to be at one of Yangon’s most expensive hotels. But midway through 2015, 3G networks took off and using Skype and YouTube became almost no big deal.

Telecommunications in Myanmar has been generating positive headlines since Telenor and Ooredoo were awarded mobile licences in June 2013 and began rolling out services the following year. The percentage of Myanmar’s population with a mobile phone subscription soared from just over 1 percent in 2010 to 49.5 percent four years later.

Despite the headlines, scant attention has been paid to updates on the fibre infrastructure that is needed to power Myanmar’s so-called “mobile revolution”. Since it began, the price of connectivity has stayed about the same: SIM cards may be cheap, but data is still too expensive for the average citizen to use the internet often.

Myanmar is connected to the worldwide internet through three links: a subsea cable known as SEA-ME-WE 3, a big terrestrial link to Thailand, and a meagre terrestrial link to China. Although much improved since 2013, there is a paucity of both international and domestic fibre; the network doesn’t have enough capacity and outages are still frequent.

These publicly leasable international connections are all controlled by state-owned Myanmar Posts and Telecommunications, a monopoly that sets the price of bandwidth, which is seven to ten times higher than in Singapore and is said to be double that of neighbouring Thailand.

But ownership and structure of the infrastructure is changing fast and is about to be fundamentally transformed. Earlier this month the Singapore-headquartered Campana Group signed a turnkey contract with Alcatel-Lucent, a world leader in undersea cable system deployment, to bring the first private undersea internet cable to Myanmar.

The Myanmar-Malaysia-Thailand-International Connection (MYTHIC) cable will provide an extra 300 Gigabits a second of bandwidth to connectivity-starved Myanmar.

To put that into perspective, after upgrades in 2013, Myanmar had less than 30 Gbps of bandwidth. In 2015, “the whole of Myanmar had about 100 Gigabits per second of international capacity,” explained Julian Rawle, who heads business development for the Campana Group “So we’re going to come in with three times what the entire country has as an opening play.”

Survey work for the MYTHIC cable will begin in the coming months and the fibre optic link should be operational by April 2017. It will be Myanmar’s second undersea fibre-optic cable.

MYTHIC will also be the country’s first “carrier-neutral” cable, meaning that it won’t privilege any telecommunications company or operator. Campana plans to offer a much lower price for bandwidth, though Mr Rawle declined to say how much the company would undercut the market.

Campana is in talks with the country’s telecommunications companies about leasing bandwidth on the cable, but neither it nor the companies wanted to comment. 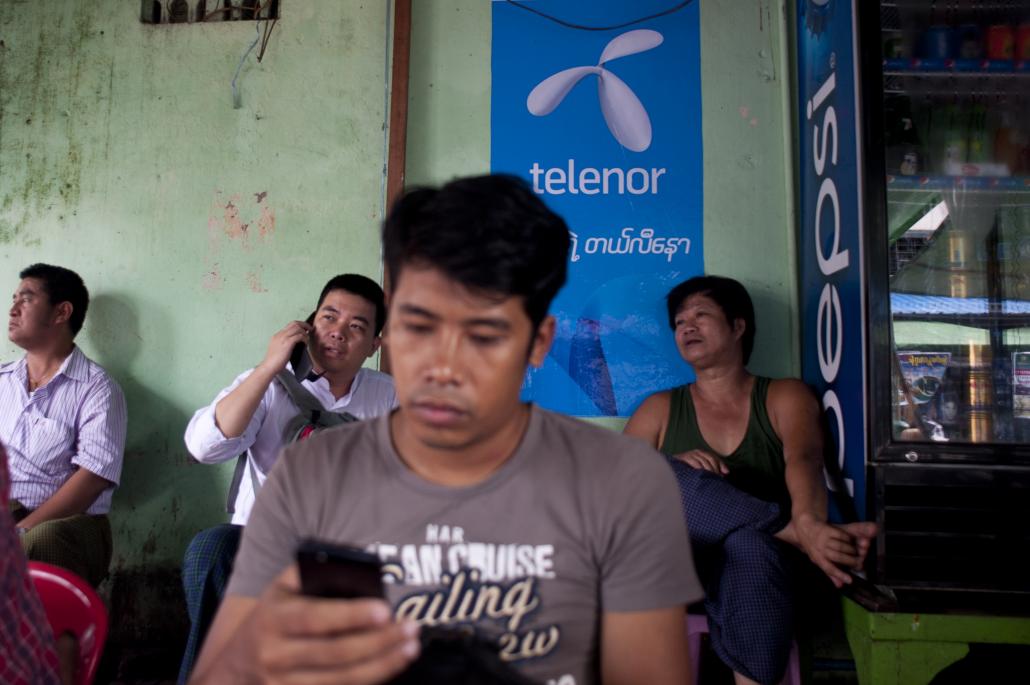 Mr Rawle first came to Myanmar in 2013 as a consultant in the undersea cable industry. He was so enamoured by the possibilities of the opening market that he quit his company to focus on Myanmar. “From what I’ve seen in other countries, bringing an international cable into a market that is starved for capacity, normally has an impact on the retail price,” he said. “It’s not a one-for-one impact.”

The way in which telecommunications companies and internet service providers leverage the lower prices will determine how much of those savings filter down to consumers and how quickly. Furthermore, in order for users to benefit from the increased international capacity, the domestic fibre infrastructure has to be able to shoulder the increased load. Whether or not it can, remains to be seen.

As well as increasing international capacity, MYTHIC should provide a much-needed stable internet pipe and significantly lower the high cost of the internet for domestic consumers.

As fibre cables tend to be more vulnerable on land than in the water, Campana plans to land the cable at Thanlyin, beside the Bago River on Yangon’s western outskirts, the closest, safe landing spot to the commercial capital. The fibre optic link will stretch to Satun in southern Thailand – a hub for international connectivity. The company is deciding whether to build an extra branch to Penang in Malaysia for increased redundancy and resilience.

Francesca Cazzaniga, Alcatel-Lucent’s marketing communications director, said its turnkey contract with Campana leaves it in charge of the project “from A to Z, meaning that we will design the cable, manufacture the cable, we will lay the cable, and commission the system”.

As well as the ocean survey work at the start of the project, Alcatel-Lucent will maintain the cable system after it is installed.

MYTHIC represents the most significant breakthrough for international connectivity in Myanmar, but it is not the only noteworthy development.

Telenor has also been hard at work behind the scenes. It has built three separate international long-haul connections out of the country (of 10 to 30 Gbps) – two to Thailand and one to China. Telenor says it is working on a fourth, to India.

Telenor Myanmar is also the first domestic telco to show up at the nearest internet exchange (IX) in Singapore, and start peering or directly exchanging traffic with the likes of Google. Internet exchanges are key internet hubs around the globe where content providers and telecommunications companies meet to hand-off traffic without an intermediary.

Doug Madory from internet monitoring and analytics firm Dyn Research said most telecoms in the world have an arrangement called “settlement free peering”. It’s where companies agree to transfer internet traffic to another company’s network at an IX at no charge. It’s common practice around the globe, and Mr Madory says Telenor’s presence at the Equinix Internet Exchange in Singapore “connotes the maturing of this network”.

Ooredoo, the other international telecommunications giant to launch in Myanmar in 2014, says it also has three international fibre links, two to Thailand and another to China. Ooredoo’s public and community relations senior manager Ma Thiri Kyar Nyo declined to say how much the company relied on MPT infrastructure. However, analysts familiar with the matter believe that at least one of Ooredoo’s links to Thailand is most likely a leased service on MPT’s cable.

MPT, which partnered in July last year with Japanese giants KDDI and Sumitomo, has news of its own.

MPT, which has sharply increased spending on advertising since losing its monopoly in the mobile market, has been working on new international connectivity that involves bringing to Myanmar, SEA-ME-WE 5, an undersea cable owned by a consortium.

MPT would not say when work would begin on the Myanmar branch of SEA-ME-WE 5. However, Yosuke Fukuma, a public relations adviser to MPT, and U Zaw Htay, an engineer in its overseas department, indicated that it would be operational by the end of 2017. It is expected to come ashore at the beach resort of Ngwe Saung, more than 240 kilometres west of Yangon.

China Unicom has also been working on bringing the new AAE-1 undersea cable into Myanmar, in partnership with the MPT. U Zaw Htay said that currently China Unicom only has a licence to land the cable and transmit connectivity back to China. The company has applied for a license to be able to sell bandwidth within Myanmar as well.

Despite burgeoning connectivity from a variety of parties, Mr Madory says private cables such as Campana’s are the way of the future.

Amid the near-destruction of Myanmar’s media industry, nimble township-based outlets have sprung up to meet the constant demand for local news about the nationwide uprising.
BY Frontier