Fierce competition and cheaper bandwidth have sent broadband prices tumbling – and put some ISPs out of business – but speed and service quality still often lags behind mobile data.

WHEN THE Internet in Myanmar website examined broadband prices in November 2016, it turned up a sad statistic. A broadband connection in Myanmar was 10 times more expensive than in Cambodia, on a megabit per second basis. And while the setup fee in Cambodia was just a US$30 deposit, in Myanmar you would pay $400 for the privilege. But it got worse: Many internet service providers (ISPs) were charging an annual fee, too. The comparison with Thailand or Vietnam was even bleaker.

Eighteen months on, the landscape is unrecognisable. Some ISPs are now offering 4mpbs fibre-to-the-home connections for less than K50,000 a month – still expensive by regional standards, but a fraction of earlier prices. Competition is fierce: Many new players have entered the market, including giants like MPT, Telenor and Ooredoo.

The smaller players have seen their business plans completely upended. Consider Myanmar SpeedNet. When it launched in May 2017, it was charging $95 a month for 2mbps and a $250 installation fee. Just four months later, it had waived the installation fee and was charging just K49,000 a month. But at least Myanmar SpeedNet has survived: some, like Bluewave, have come and gone in a matter of months.

“Service providers are dropping prices to a level that’s hardly sustainable. Some of the ISPs in the market are on the verge of collapse and are desperately going all in, taking inconsiderate risks to acquire and retain new customers,” said Mr Herbert Kanale, the editor-in-chief of Internet in Myanmar.

“This war will definitely leave casualties and as everything is moving at a fast pace in Myanmar, we should see the first signs of bankruptcies and consolidation by the end of 2018,” he said.

For years, broadband internet was a cosy business between the government and friendly companies. A few retailers bought bandwidth wholesale from Yatanarpon Teleport and sold it to customers at the same exorbitant prices.

But a series of policy changes has gradually upended the market. The first was the Telecommunications Law of 2013 and rules issued the following year, which enabled companies to apply for a telecoms licence and set up as an ISP. By the end of 2017, there were 137 licence holders – a huge number for what remains a very small market.

Then, towards the end of 2016 the Ministry of Transport and Communications began accepting applications from companies to setup international gateways. An international gateway connects Myanmar to the rest of the world and the bandwidth of those gateways is one of the determinants of internet access speeds.

Prior to this liberalisation, Myanmar had just three main gateways, owned by MPT, Telenor and Ooredoo. ISPs paid large amounts for bandwidth – a cost that was passed on to customers. Myanmar now has seven international gateways, with more expected to follow soon.

Also in 2016, the government auctioned 2600mhz spectrum for mobile broadband. The country was split into three zones, with two winners selected for each zone based on their bid price. Notably, Amara Communications paid around US$95 million for the zone that includes Yangon, and launched its Ananda mobile broadband service last month.

These factors – a small market, a large number of players, a huge drop in the price of bandwidth and the arrival of new technologies – have brought about a price war.

‘Go quick and build the volume’

Global Technology’s 5BB home fibre service is one of the new broadband players. Its founders, though, are not new to the industry; they were previously involved with Redlink, an ISP that operated on the 2600mhz band but shut down in April 2017 following the spectrum auction.

After initially venturing into the wholesale and enterprise market with the Global Net brand, they realised the retail market was ripe for a shake-up and launched 5BB in February 2017. They also won the 2600mhz spectrum auction for the zone comprising Nay Pyi Taw, Magway, Bago and Tanintharyi regions, and Mon and Kayin states.

“Before we launched, the plans were just 512k, 1mbps, 2mbps – and the price was so expensive. They charged so many fees,” said Global Technology chief executive officer U Thein Than Toe.

With international bandwidth expensive and laying fibre difficult, most of the ISPs had been targeting niche markets and selling at a high price. “We decided to go quick and build the volume,” Thein Than Toe said.

Global Technology also built a 100gbps international gateway. Licensed in January, it has given 5BB a competitive edge over most other broadband providers. The company’s home broadband deals are among the cheapest in the market.

But like Kanale, Thein Than Toe has concerns about the direction prices are going. While the discounts have been good for consumers, the high competition is pushing some ISPs to take risks in an effort to sign up subscribers. Thein Than Toe noted that there had been an increase in complaints on social media about ISPs.

“There’s a lack of consumer protection,” he said. “I think many service providers are over-marketing because of high competition … In future, there will be more that go out of business. We have to be sustainable.” 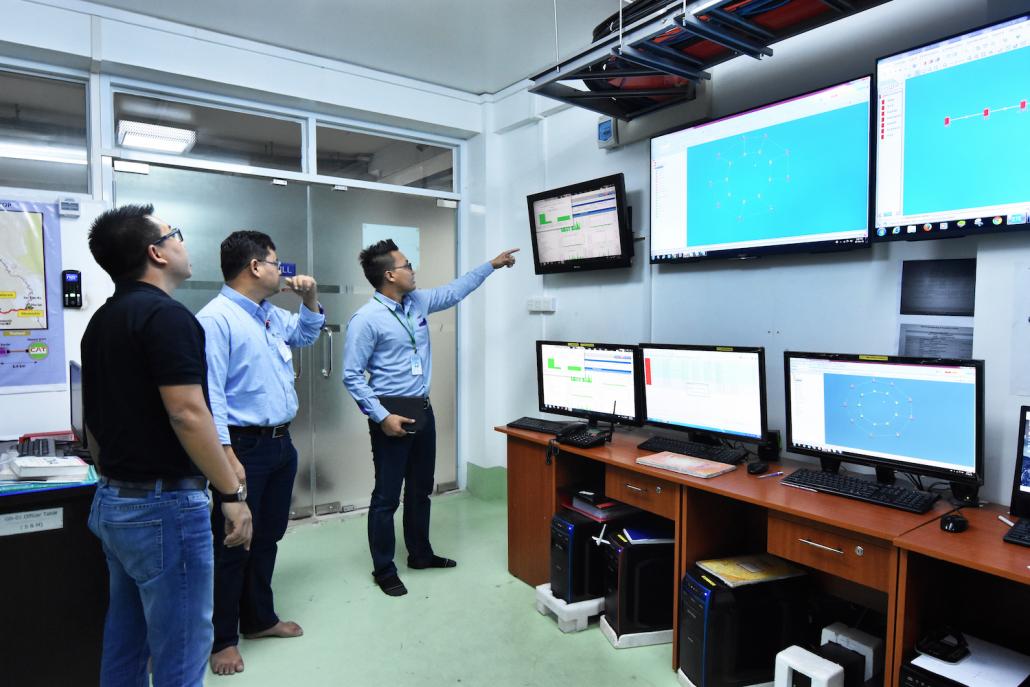 The signs of trouble are already there. Some ISPs that wholesale from Global Technology have been gradually reducing their bandwidth purchases, a sign that they are losing customers. This is like a death spiral: the less bandwidth they buy, the more expensive it is. This makes them less competitive with the larger players and they lose even more customers. Thein Than Toe also noted that some NFS-1 licence holders had not reported their annual subscriber numbers to the regulator as required.

He expects maybe four major players to survive. “Maybe in another one year, the situation will have changed dramatically. The price will drop again – not as much as it has recently, but it can still go down. But to bring down the price we need volume. I have a target: when I reach this volume, I will drop this price.”

Some ISPs are pushing into regional cities, where there is less competition. Global Technology has pushed in Bago and expects to launch in another seven cities by the end of this year. Other providers are moving into areas such as Taungyi, Monywa, Nay Pyi Taw, Lashio and Myeik. The rollout of LTE services following the 2016 auction should accelerate this trend, but it’s a long-term play, because affordability in these areas is still low.

For now, most are also selling what’s referred to as a “dumb pipe”: an internet connection without any other features. But the potential is there for ISPs to offer bundles, such as phone and/or television together with the internet connection – in fact, they might not have a choice if they want to survive.

The biggest shake-up could come from Ananda, the new LTE service from Amara Communications. The company has spent heavily on marketing and seems set to make a splash. 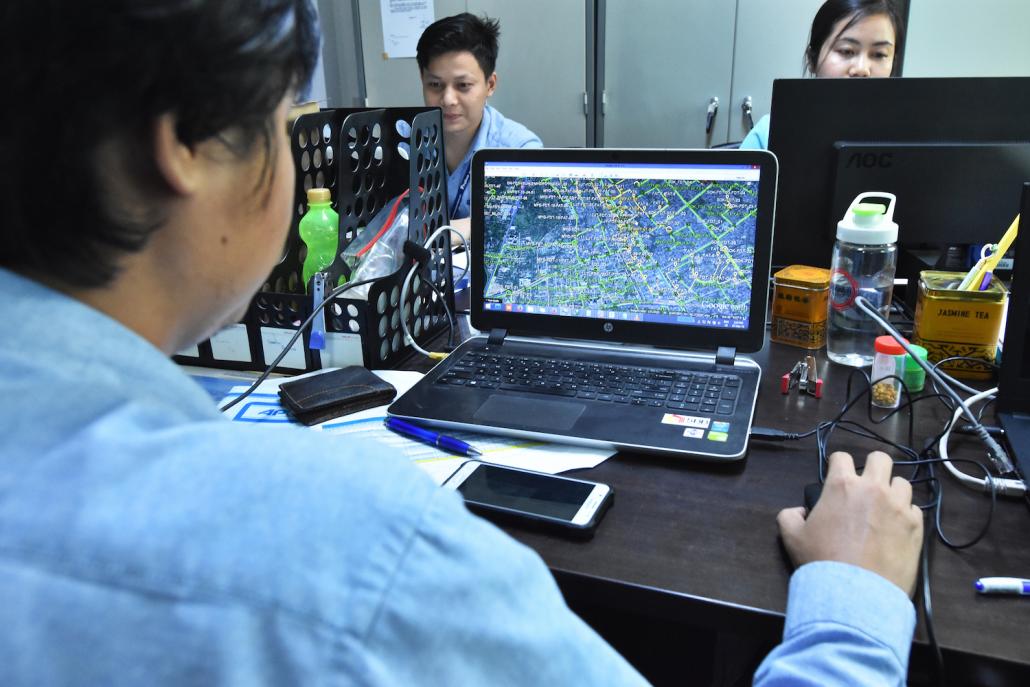 The big advantage for Ananda is the technology: LTE on the 2600mhz spectrum enables high-speed internet to be delivered through the air, with no fixed cables: just plug in your modem and play.

Kanale from Internet in Myanmar said the next 12 months would be decisive for ISPs and end with a few large ISPs ruling the market.

“Thanks to its technology advantage, Ananda has the capability to offer a completely unseen value proposition to Myanmar consumers,” he said.

Since arriving in Yangon in October 2012, Mr Nico Elliott, the managing director of hospitality management group 57 Below, has seen first-hand the evolution of Myanmar’s broadband sector. In that time, he’s cycled through several ISPs in an effort to find the best connection for his home and restaurants, which include Union, Gekko and Parami Pizza.

While there has been a “huge improvement” in speed over the past five years –making it possible to stream videos and receive Skype calls – service remains frustratingly inconsistent.

“The overall quality has improved significantly … but in my experience this has been dependent on provider, location and price,” he said. “I would say that considering the service and if you look at global prices, Myanmar is still very expensive.”

Some question whether home internet will really take off – at least in the short term – because of the strong competition from the mobile operators, who are already catering to the needs of most users through their fast and competitively priced data packages. 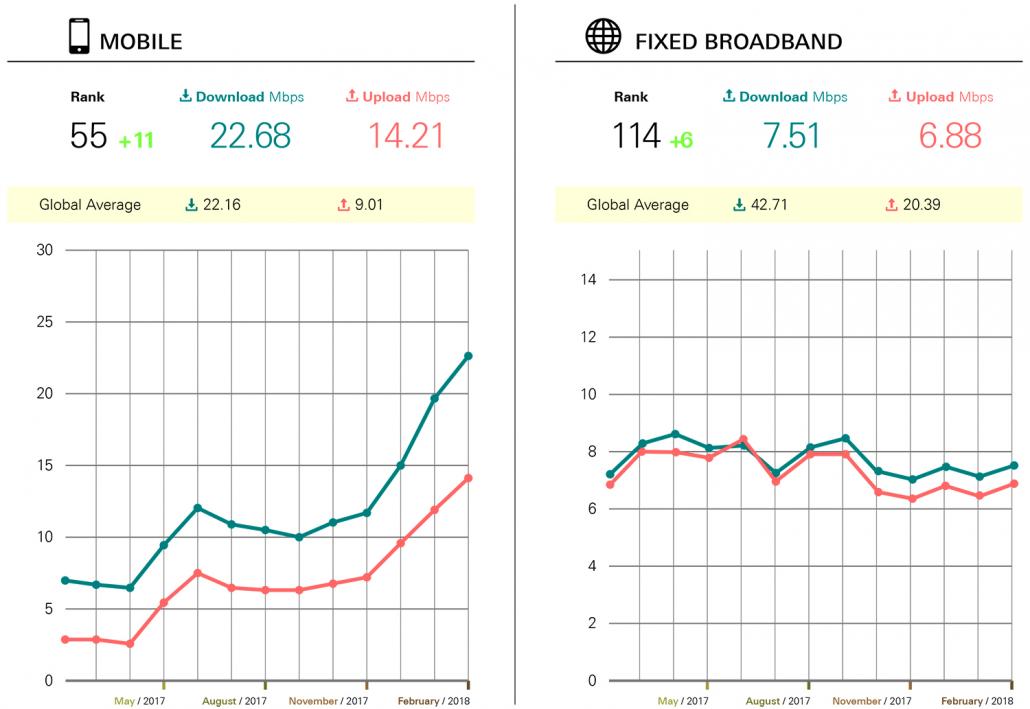 Others are more confident about future demand for broadband. Singapore-based Campana Group has built its own international network and gateway, and began wholesaling bandwidth to ISPs in December. The company is also planning to build an undersea cable, SIGMAR, that it says will provide Myanmar with enough capacity to meet demand for at least the next decade.

Campana’s vice president of business development and marketing, Mr Julian Rawle, said he expects demand for bandwidth to grow 70 percent annually through to 2024, from 400gbps this year.

“The take-up of broadband is a given. Like every other population in the world, there is an insatiable demand in Myanmar for connectivity to enable social networking, video streaming, and e-commerce,” he said.

For now, broadband still lags significantly behind mobile data. When Speedtest conducted its latest global index of internet speeds, it revealed that mobile data downloads speeds were around three times faster than fixed broadband. The gap has grown significantly in recent months thanks to an increase in spectrum that had enabled mobile operators to boost their 4G services.

Rawle said outages on existing networks were also a major problem and were the result of everything from rodent bites and car accidents to construction projects and malicious damage. “Myanmar operators therefore need to continue to build out more network and improve the resiliency of their existing fibre,” he said.

Regardless of whether mobile, fixed line or LTE internet comes to dominate the market, Kanale said that one thing is certain: “The long wait to get fast internet in your home is over.” 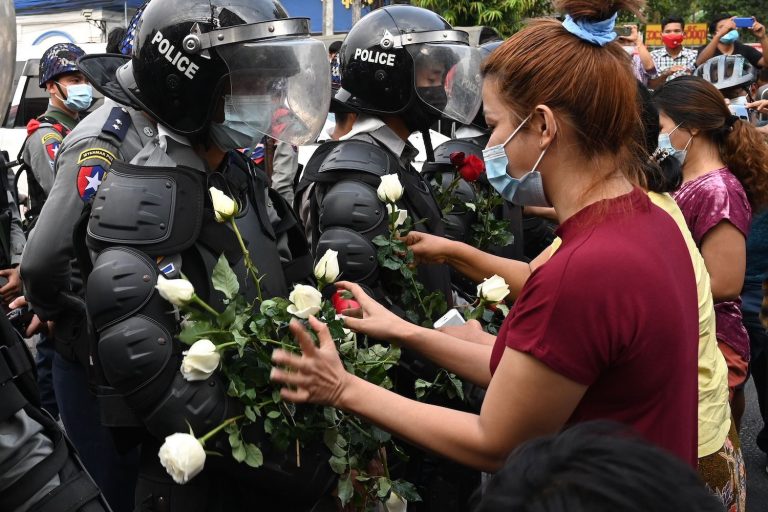