YANGON — With Myanmar emerging as a manufacturing hub for mass-produced clothes, a crop of young designers are using home-grown fashion to preserve the country’s sartorial heritage and reshape the sweatshop model.

Inside her boutique in downtown Yangon, Pyone Thet Thet Kyaw crafts her own designs using traditional patterns and fabrics, many from ethnic minority groups, to make A-line skirts, dresses and tops.

On another she adds the high-collared neckline of the inngyi — a tight top usually worn by Myanmar women along with a fitted, sarong-like skirt — to a flirty pleated dress.

“We Burmese really care about our own ethnic and traditional clothes,” she told AFP in the shop, over the whir of sewing machines.

“When you modernise the traditional patterned clothes you have to be careful they’re not too flashy — or too modern.” 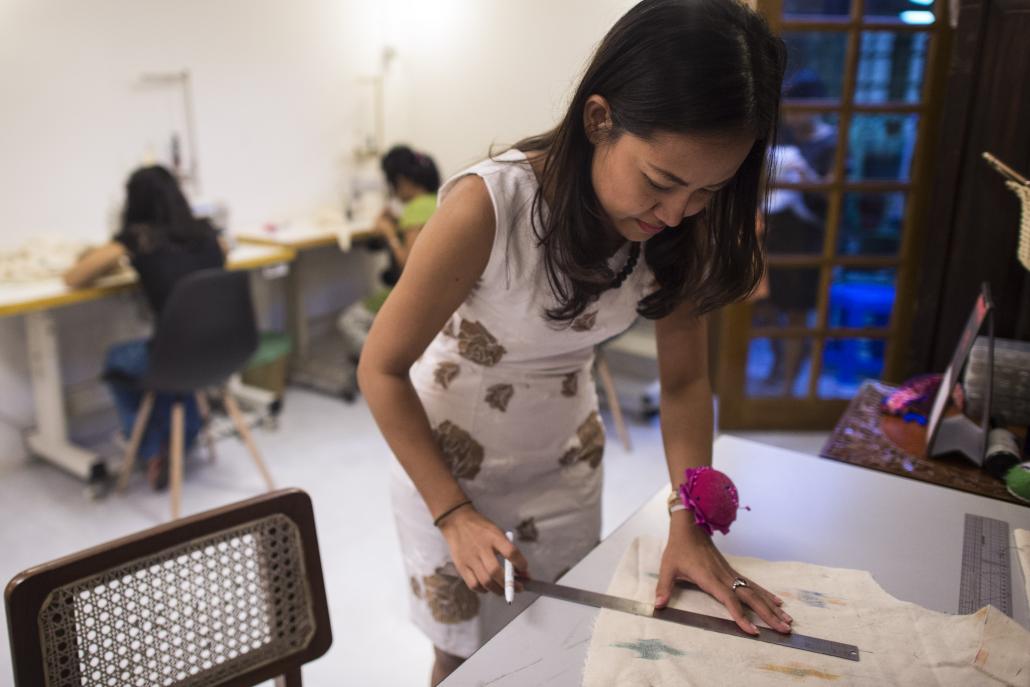 Myanmar is fiercely proud of its traditional garb, which was largely protected from the influx of homogenous Western fashion now ubiquitous across Southeast Asia by the former military junta.

For 50 years they shut the country off to foreign influences and tightly controlled what was worn in all official media.

Designer Ma Pont said she was not allowed to show even a flash of shoulder or armpit when she used to make clothes for military-controlled TV channels in the 1990s.

“We were not really free,” she said.

Fashion was particularly politically charged in that era, when many women would secretly ask their tailors for designs that imitated the distinctive style of opposition leader Daw Aung San Suu Kyi.

Local media reported the purple outfit she wore the day she was released from almost two decades of house arrest soon became a popular sight on Yangon’s streets.

Today the democracy icon, who last year became the de facto leader of Myanmar’s first civilian government in generations, is still widely admired for the elegant Burmese outfits she wears at public appearances.

But while many still prefer traditional clothes, especially the sarong-like longyi worn by both men and women, fashions are starting to change.

Shopping malls aimed at Yangon’s growing middle class are sprouting up around the city, while on its fringes factories are churning out clothes for international brands drawn to its pool of young, cheap labour.

It is a flip-side of the industry which boutique designer Pyone Thet Thet Kyaw has seen first-hand.

As a teenager she spent months toiling in garment factories on the outskirts of the commercial capital — a job that earned her 2,000 kyats a week (now worth $1.46).

The experience made her determined to open her own boutique and train young women in the art of clothes-making to make sure they never suffer the same fate.

“I started to see things, like how you could only spend 10 minutes for your lunch or you could not go to the toilet whenever you wanted because it would disrupt their production line,” she said.

“If fast fashion and unethical fashion continues, then we’re the ones to be suffering.”

Impoverished but emerging Myanmar is swiftly becoming a new hub for massive garment factories making cheap clothes as quickly as possible for fashion giants like H&M and Primark.

Exports more than doubled to $1.65 billion last financial year, according to official data, and are expected to surge after the US ended sanctions in October.

But while the sector is helping to drive rapid economic growth, critics say few benefits are trickling down to workers who earn some of the lowest wages in Asia and have little legal protections.

A recent report by multinational watchdog SOMO warned of “significant risks of labour rights violations being committed in Myanmar’s garment industry that need to be addressed as a matter of urgency”. 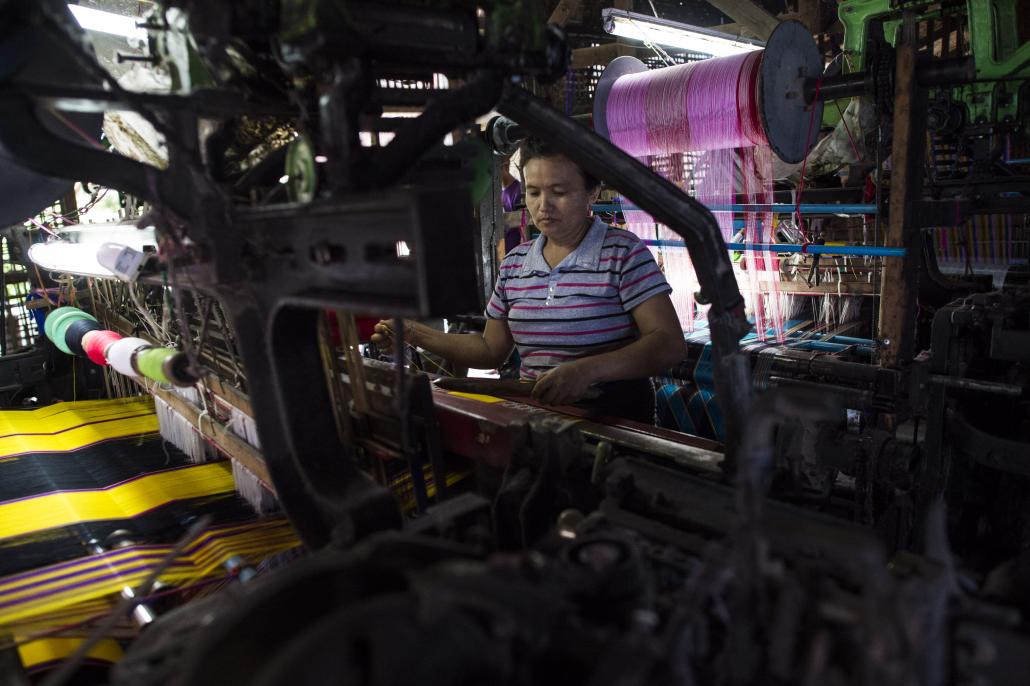 A woman weaving silk on a loom for traditional Myanmar clothing at a workshop in Mandalay. (AFP)

Other local designers, like Mo Hom, are working to save Myanmar’s centuries-old traditional fabric industry from the influx of cheap imported clothes from Thailand and China.

Her boutique in Yangon is filled with colourful designs in cotton and silks sourced from Chin and Shan states, where they can take months to weave by hand using traditional wooden looms.

Many are dyed with natural substances like green tea and strawberries to give subtle colours, which she mixes with traditional ethnic patterns and silhouettes.

“Local mills are actually dying because there is no market demand anymore,” said Mo Hom, who trained and worked as a designer in New York before moving back to Myanmar in 2012.

“A lot of the mills are actually closing down.”