Myanmar and China are understood to be close to finalising an agreement that will see the first oil pumped through a US$1.5 billion pipeline on which work was completed two years ago, Reuters reported.

Despite last-minute negotiating tensions, the two sides were nearing a deal on the 770-kilometre (480-mile) pipeline linking Kyaukphyu in Rakhine State and China’s Yunnan Province, government and industry sources in Myanmar told Reuters.

An agreement between state-run energy giant PetroChina and the Myanmar government provides for the pipeline to supply a 260,000 barrels a day (bpd) to a refinery in Yunnan.

The launch of the refinery has been delayed as the two sides negotiated final terms for delivering the oil, Reuters said in the March 21 report.

It quoted U Aung Myat Soe, deputy director of planning at state-owned Myanma Oil and Gas Enterprise as saying the project was awaiting a final sign-off from the Minister of Electricity and Energy, U Pe Zin Tun.

A Myanmar-based source familiar with the negotiations who requested anonymity told Reuters that the two sides had agreed on transport tariffs and Myanmar’s tax on the oil, but port fees were yet to be finalised.

The negotiations had become strained after Myanmar learned that an oil tanker carrying one million barrels of crude was off southern India and bound for Kyaukphyu.

Reuters quoted a Myanmar government official as saying there had been “a big argument with the Chinese” over the move to ship the crude before the contract was finalised.

The pipeline will have an eventual capacity of 400,000 bpd, about 5 percent of China’s daily import demand, the report said, adding that PetroChina planned to start test production at refinery in June.

Reuters said prolonged squabbling over the pipeline, first proposed in 2004, had soured Chinese enthusiasm for the project.

China invested in the oil pipeline, and a parallel natural gas pipeline inaugurated in July 2013, as part of an energy security policy aimed at reducing its reliance on supplies shipped through the narrow, congested Strait of Malacca. 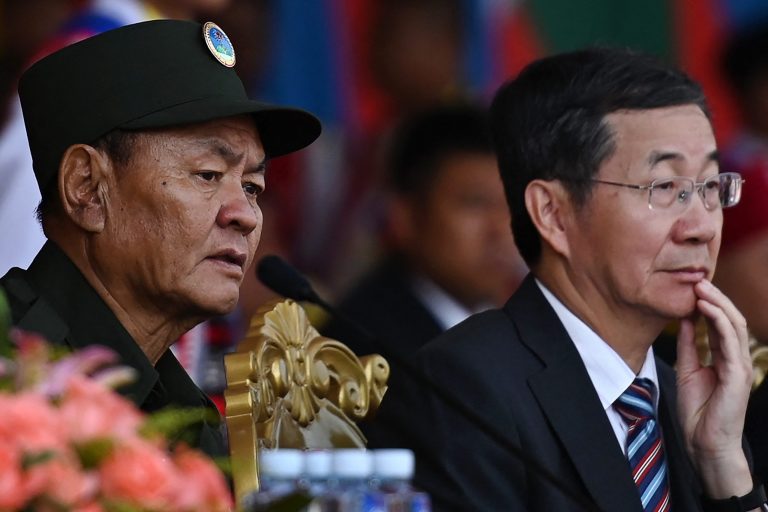 China's special envoy for Asian affairs has wrapped an unannounced, week-long visit to Myanmar that included discussions with its junta leader on the country's political future, Beijing said Tuesday.
BY AFP